The 97/98 season is approaching the final straight, and Andy Cole is the cover star of Manchester United’s official magazine.

As you open the magazine, there is an advert for a video game called Three Lions, the official video game of the England football team.

In news, United look set to add to the Norwegian contingent at Old Trafford with the signing of 17 year old Erland Hanstveit.

Cover star Cole gets interviewed, revealing that his best goalscoring season at United is due to the team playing to his strengths.

It was recently the 40th anniversary of the Munich Air Disaster, and the commemorations were covered in a three page feature.

There is a profile of Raimond Van Der Gowu, dubbed the most patient man at Old Trafford due to his role as sub keeper.

In reviews, the guide to food at football grounds gets four stars out of five.

The magazine ends with a Q and A with Peter Schmeichel, who reveals that he wouldn’t go on TFI Friday. 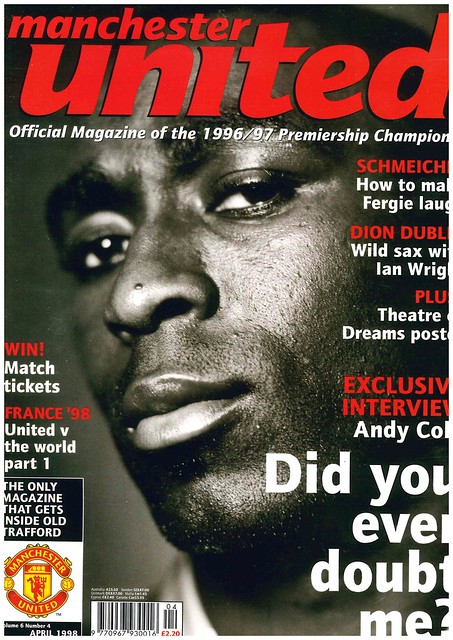 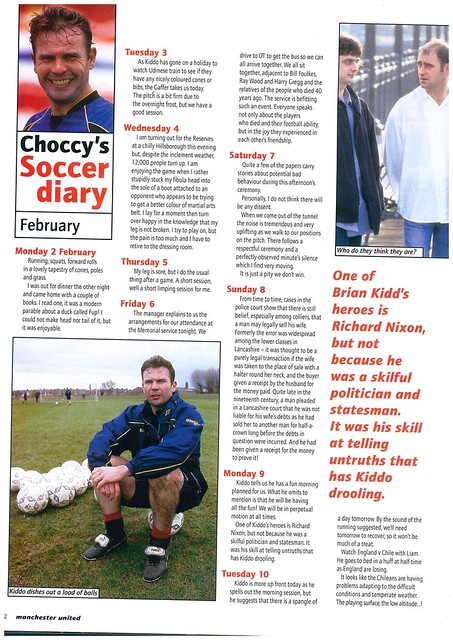 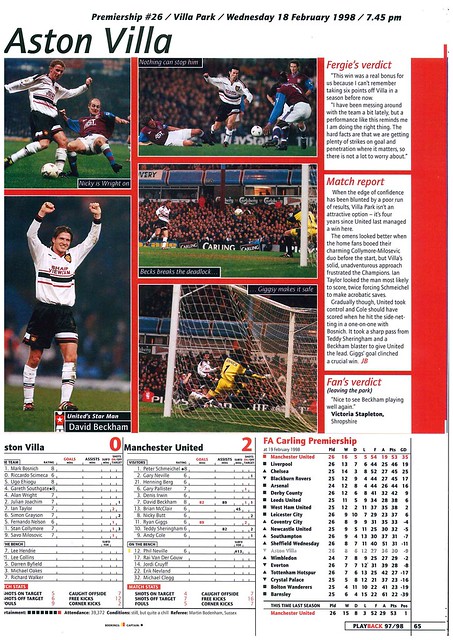 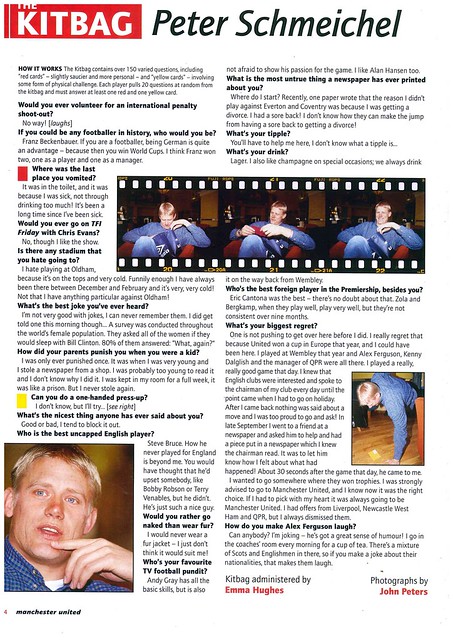