Tony Adams is the cover star of Match after scoring at both ends during England’s recently friendly against Holland.

As you open the magazine, Craig Johnston is interviewed, telling Match of his frustration at a lack of gametime at Anfield, but of his delight at getting a call-up to the England squad.

As it is Easter, there will be a lot of football, and Match previews the best games, the highlight of which is Liverpool v Man United on Easter Monday.

Emlyn Hughes gets a full page in his role as a pundit to answer questions from fans, while Leroy Rosenior speaks of his delight at returning to England’s top flight, having recently signed for West Ham.

England’s recent friendly against Holland (a 2-2 draw) gets covered, with Ruud Gullit warning that Holland will be improved when the sides meet again that summer in the European Championship group stages.

The second leg of the British Cup Winners Cup Final between Coventry City and St Mirren has been put back until the start of the 1988-1989 season. It has still never been played.

Crystal Palace get a full page profile on the basis of being the highest scoring team in England.

Liverpool made a record equalling 29 game unbeaten start to the season, and Match pays tribute to this with a four page feature.

In foreign news, Olaf Thon has turned down a move to Tottenham Hotspur, while Careca’s goals have given Napoli a four point lead at the top of Serie A.

Colin Foster of Nottingham Forest gets a profile, where he reveals his favourite cartoon character is Inspector Gadget.

The magazine ends with Davie Cooper of Rangers using his column to congratulate Celtic on their recent title win. 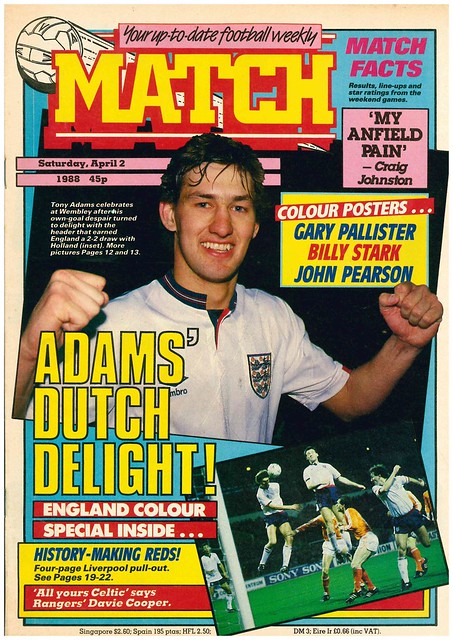 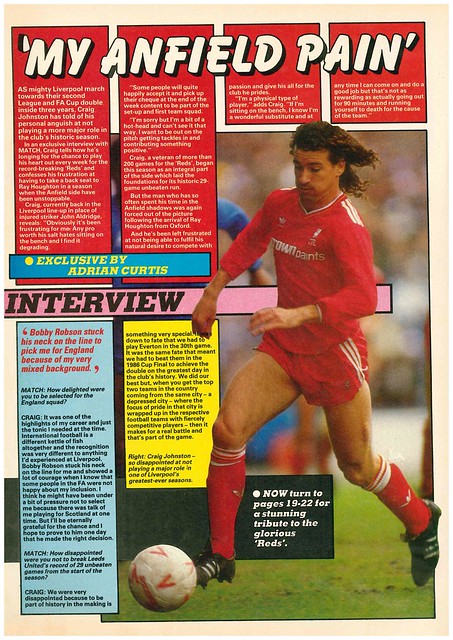 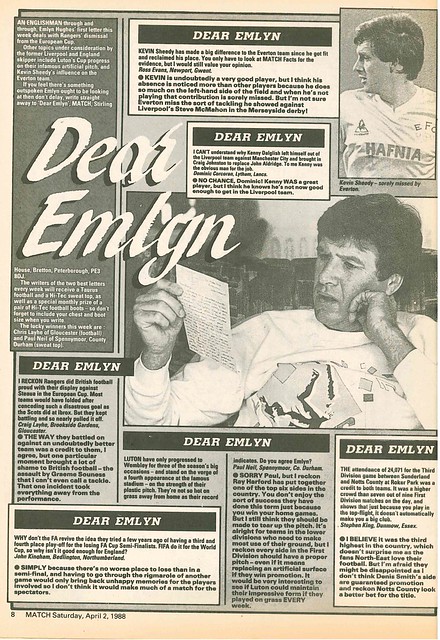 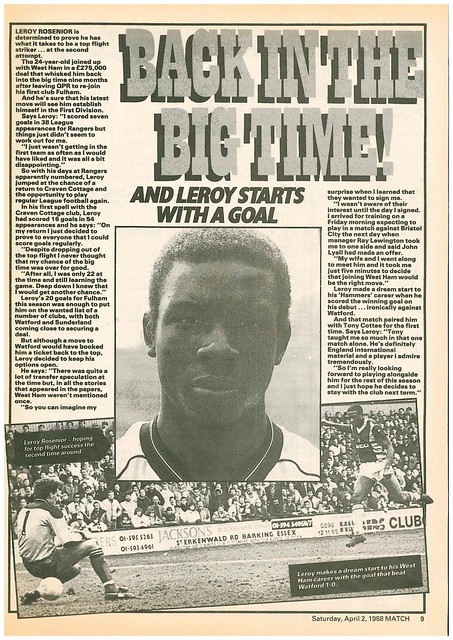 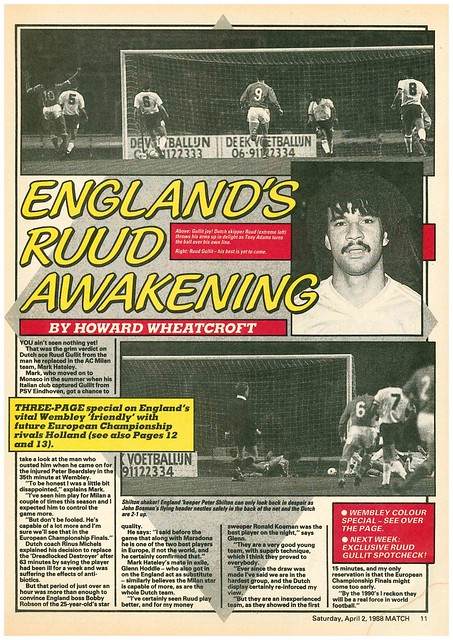 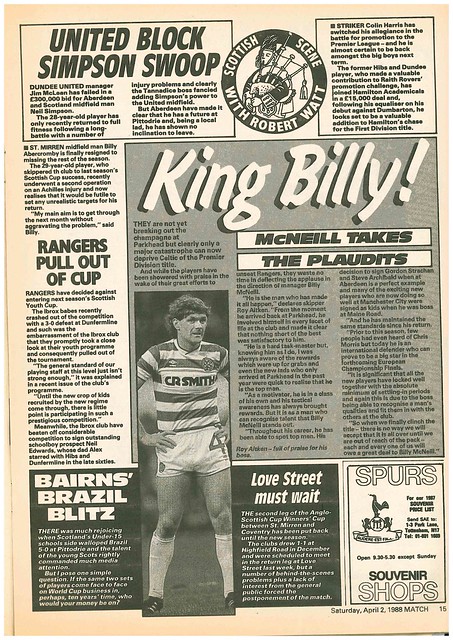 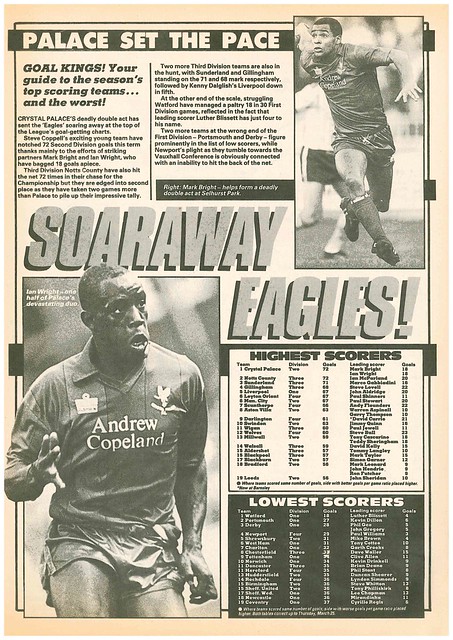 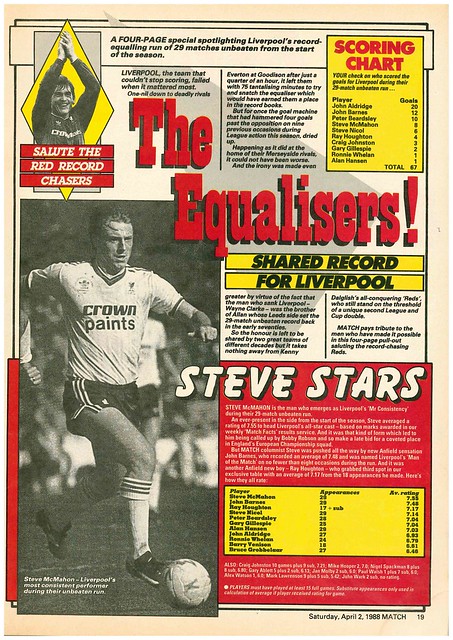 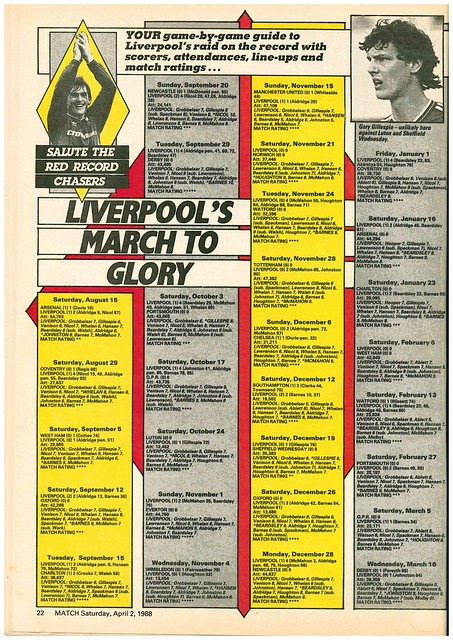 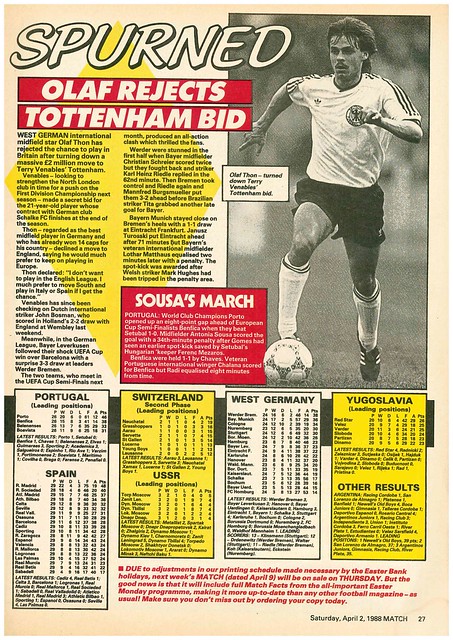 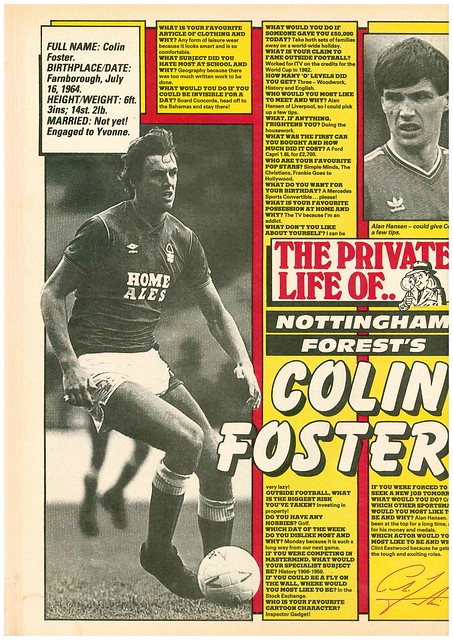 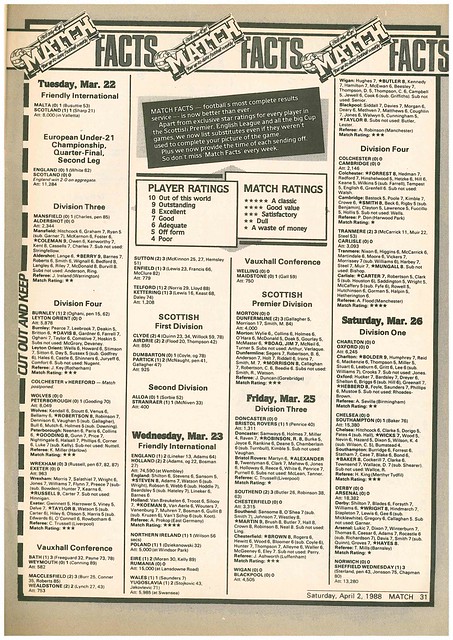 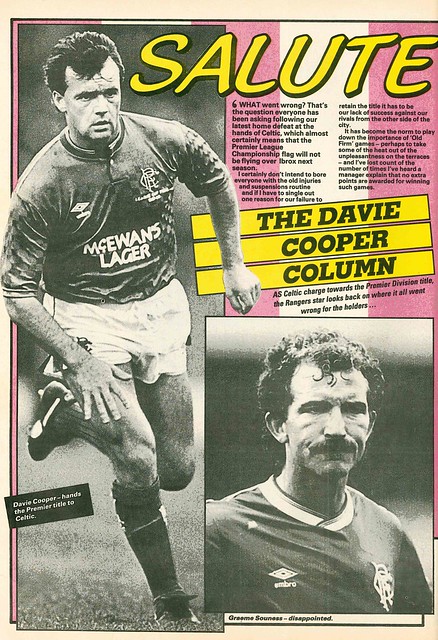 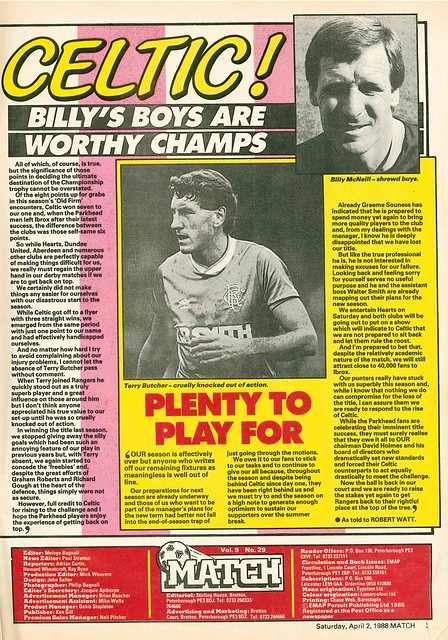