David Beckham is the cover star of Football Europe at the start of a World Cup year.

The editorial looks forward to the year ahead, predicting that an English club would win a European trophy, a prediction that would come true when Chelsea win the European Cup Winners Cup.

Diego Simeone, captain of Argentina, gets a three page interview as the gets ready for the Summer’s World Cup.

Talking of the World Cup, that gets a six page profile, with the draw for the finals having just been made.

Another draw, for the Euro 2000 Qualifiers, is on the horizon, and UEFA have announced that England would be a top seed.

Dynamo Kiev get a three page profile, described as a “dark horse” for the European Cup having beaten Barcelona home and away in the group stages. 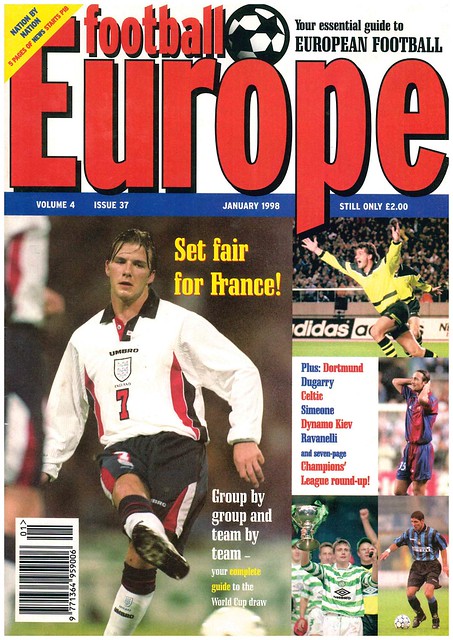 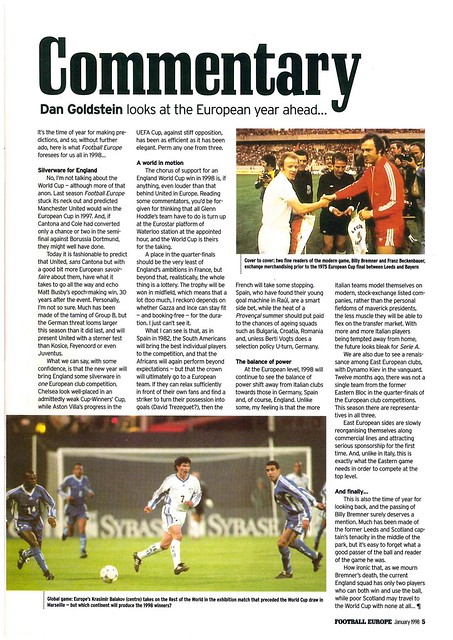 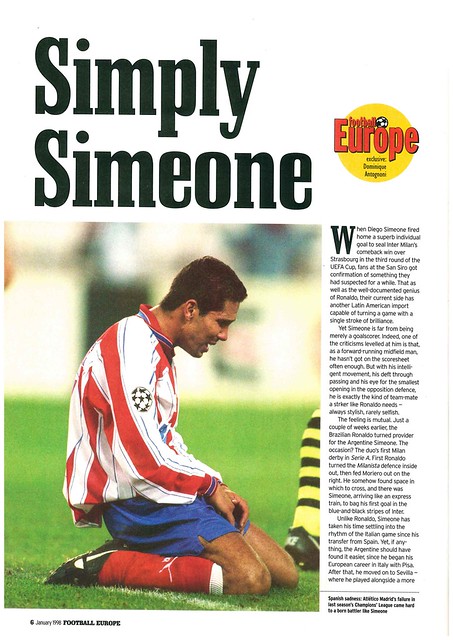 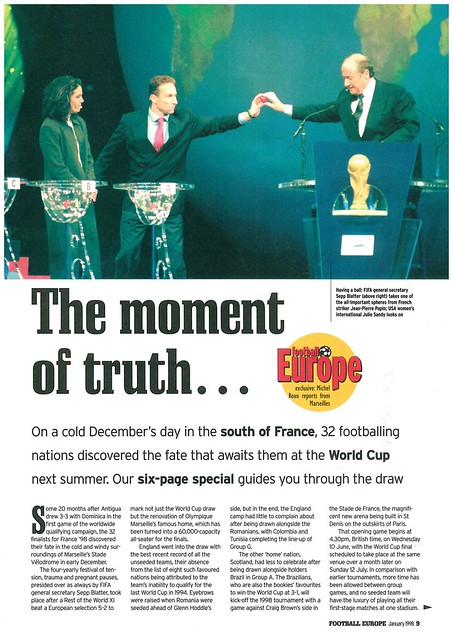 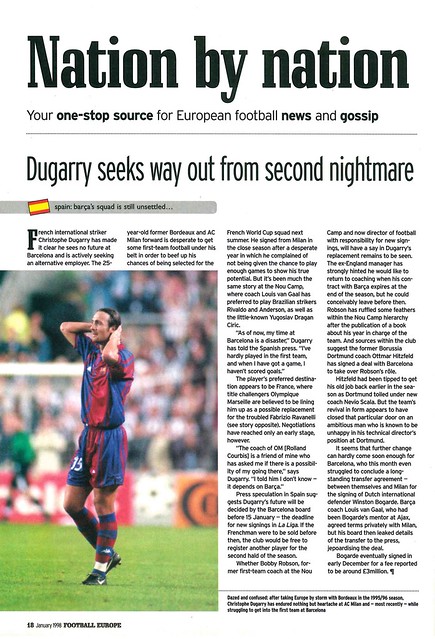 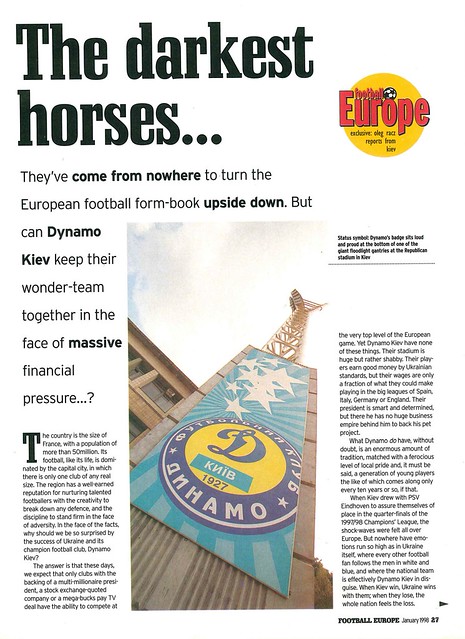