It’s crunch time for countries wanting to qualify for the 1990 World Cup, as David Platt is the cover star of Match, himself having ambitions of going to Italy in seven months time.

Scotland and Republic Of Ireland both need a point from their final group match to qualify, with Erik Thorstvedt has a warning for Scotland that Norway have come to crash the party.

Mark Wright gets a double page spread, amid calls for him to get a recall to the England squad, with testimonials from fellow First Division defenders.

Match has a feature where they review fanzines. This week’s subject is “A Load Of Bull”, dedicated to Wolverhampton Wanderers. The scored 8 out of 10 for Quality and Value For Money, but only 4 for Pictures and 5 for Campaigning.

York City were the subject of a one page team poster.

Peter Beagrie has just joined Everton from Stoke, and tells Match he is full of praise of Stoke’s managerial team of Alan Ball and Mick Mills, who he credits for turning him into a top flight footballer.

Match looks at Bristol Rovers, who are challenging for promotion to Division Two despite having one of the worst away records in Division Three. 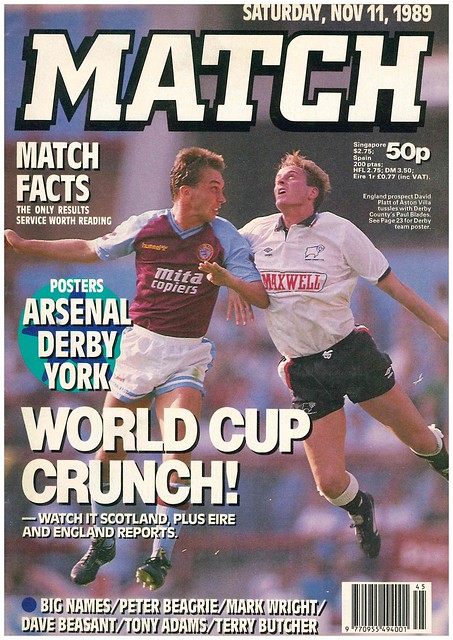 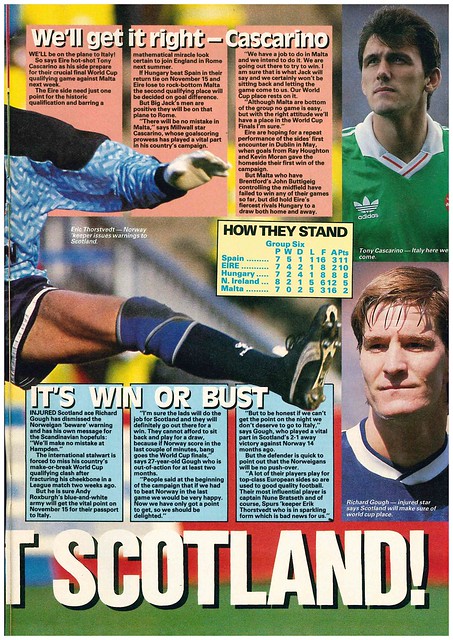 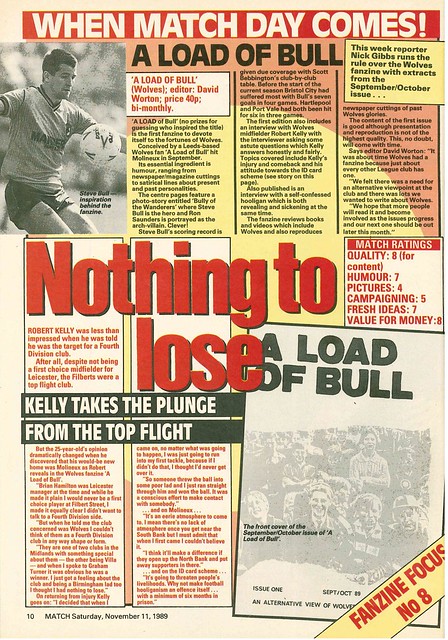 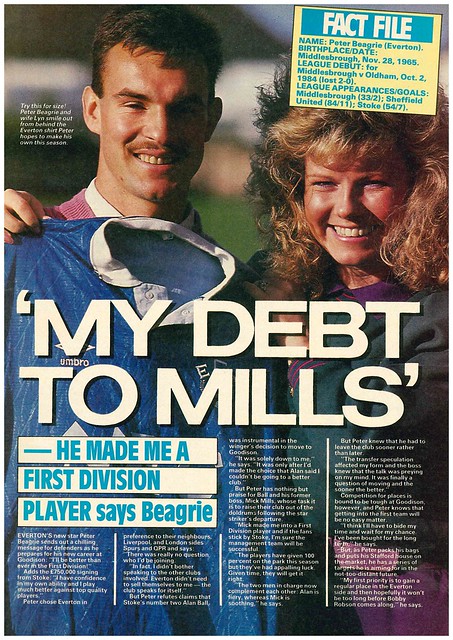 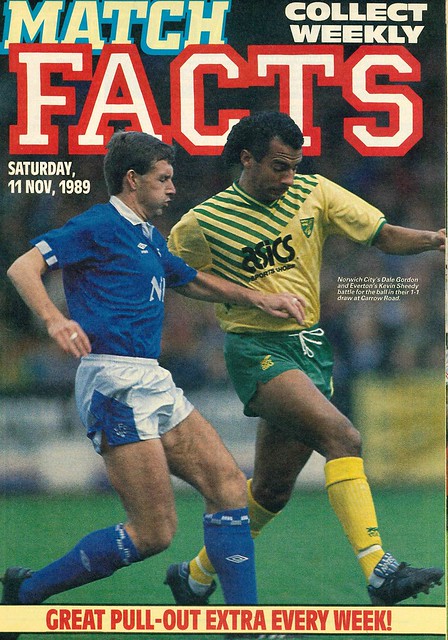 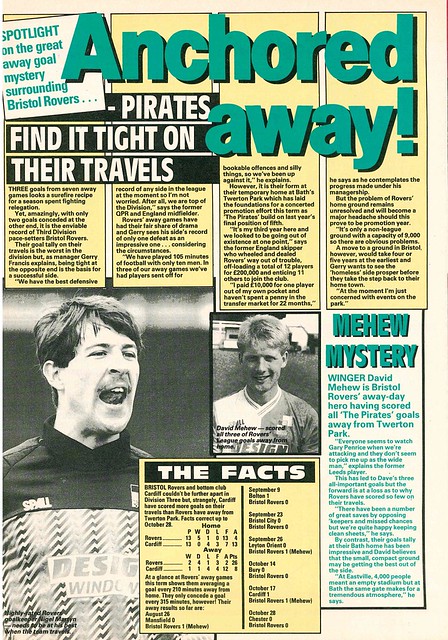