Steven Gerrard and Sven Goran-Eriksson are the cover stars of this edition of WSC, poking fun at a story that Eriksson and a senior FA official both had affairs with the same member of FA staff.

This story, described as “a saga” by WSC forms the basis of this edition’s editorial.

Rangers and Celtic both launched their own TV channels this month, and this development got covered by WSC.

Also being covered is the rebranding of the Football League’s three divisions – Division One is now The Championship, Division Two is now League One and Division Three is now League Two.

Bradford City will be starting the season in League One having just been relegated from Division One, and their fight for survival off the pitch gets featured.

Atletico Madrid have announced a shirt sponsorship deal with Spiderman (well, the distributors of the film, who put a different film they want promoted on a rolling basis) so WSC looks at the history of shirt sponsorship in football.

Another trend looked at by WSC is that of clubs paying other clubs to take unwanted players off their books, the prime examples being Michael Stewart and Patrick Kluivert.

In France, there is a feature on newly appointed national team manager Raymond Domenech.

In their review of the goings on on the web, WSC looks at websites dedicated to groundhopping. 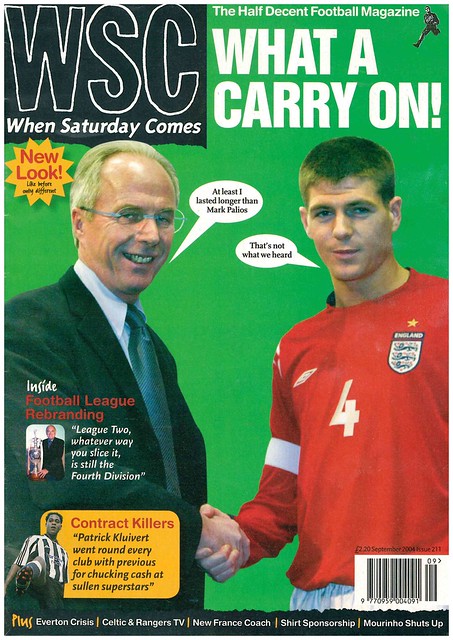 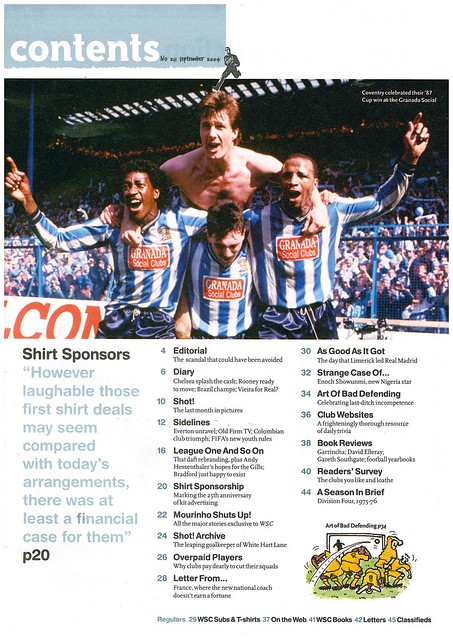 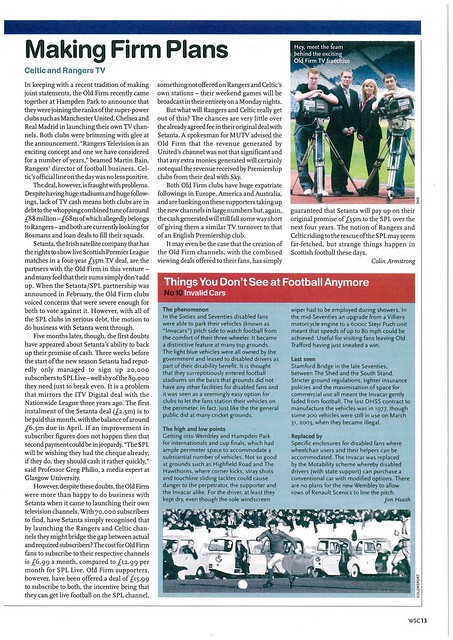 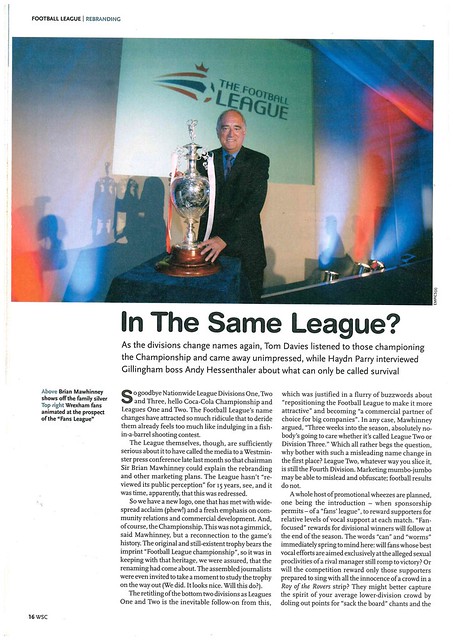 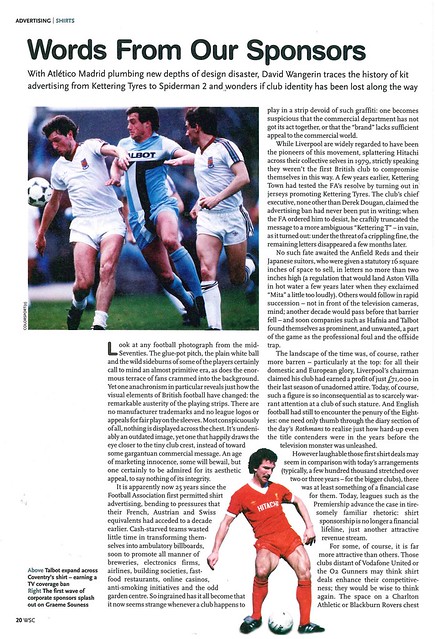 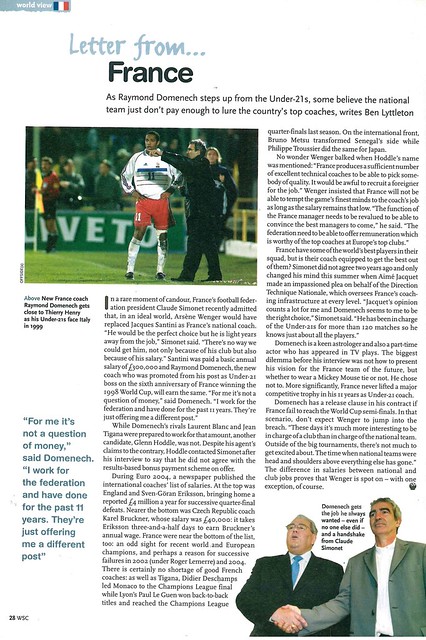 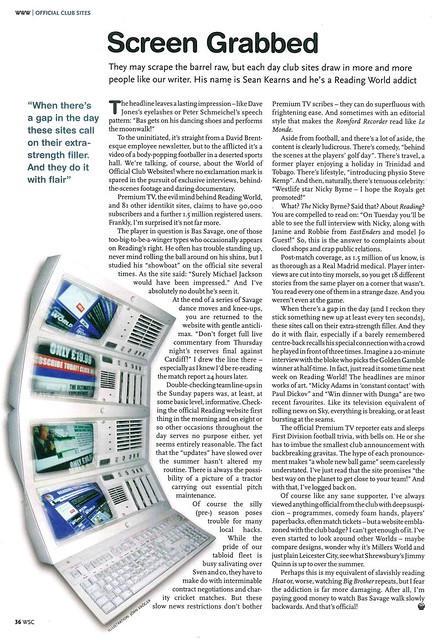 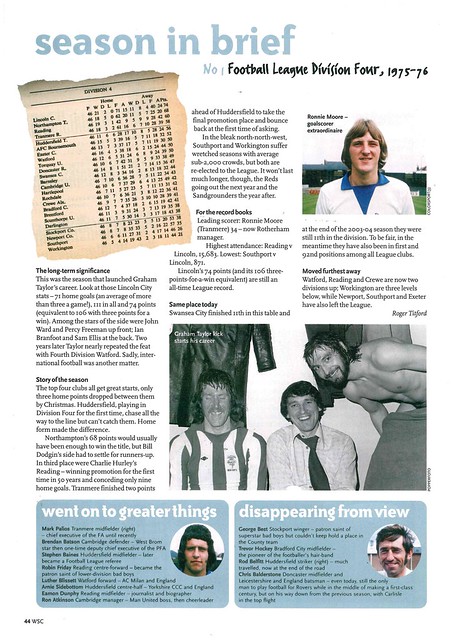 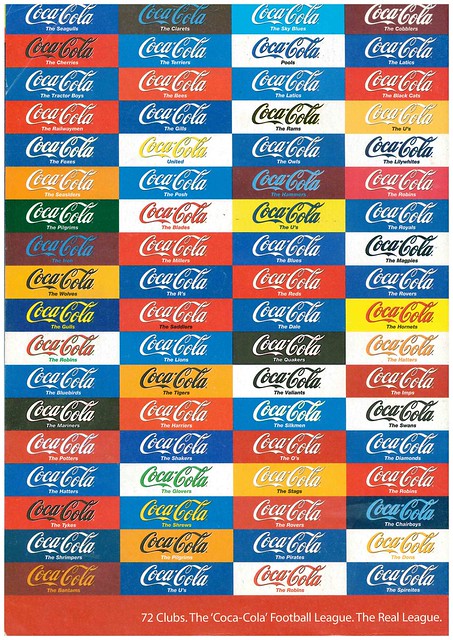