New Liverpool signing Oyvind Leonhardsen is the cover star of Football Europe as they get set to preview the 1997-1998 season.

Newsmakers this month were Paolo Di Canio, in dispute with Celtic, Franco Baresi, who retired, and Esteban Cambiasso, billed as “The new Maradona” after helping Argentina win the World Youth Cup.

Arsenal manager Arsene Wenger is looking forward to his first full season, and is looking to get rid of the “Boring boring Arsenal” reputation.

In Germany, reigning European champions Borussia Dortmund had had no big transfer arrivals, and this gets a full page profile.

There is a poster of Brazil defender Celio Silva, captioned as “Manchester United and Brazil”. He signed for Untied that summer but the move fell through when he was unable to get a work permit.

There is a full page profile of Ajax, who have lost star players under the Bosman Rule, and are now having to make use of the new arrangements, while there is a profile of Benfica’s new Brazilian star Paolo Nunes to end their three year title drought. 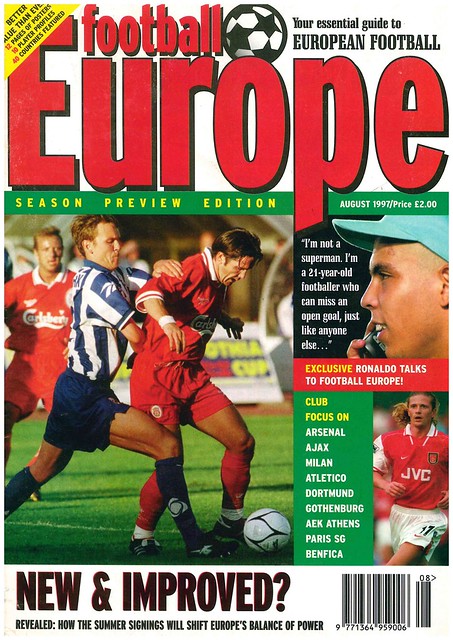 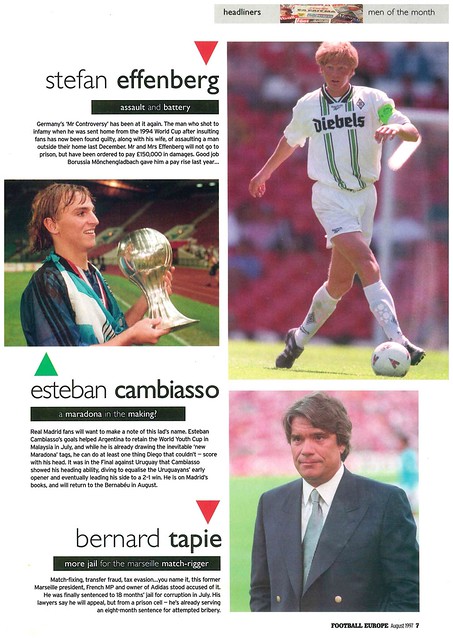 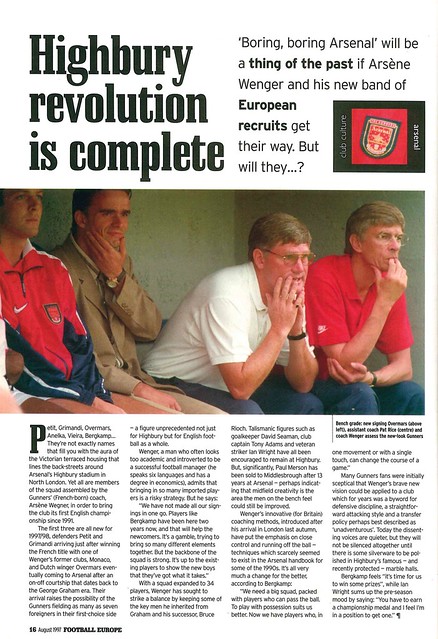 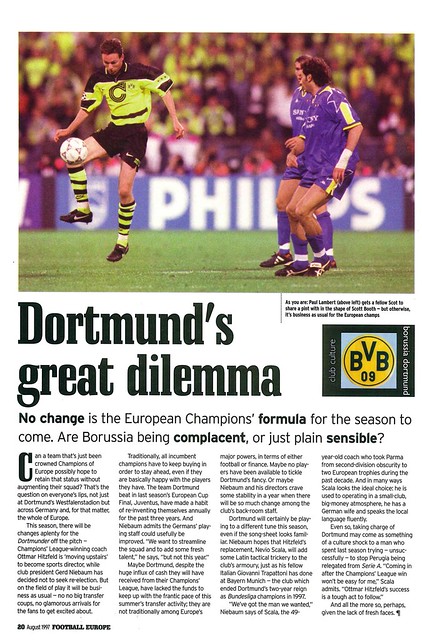 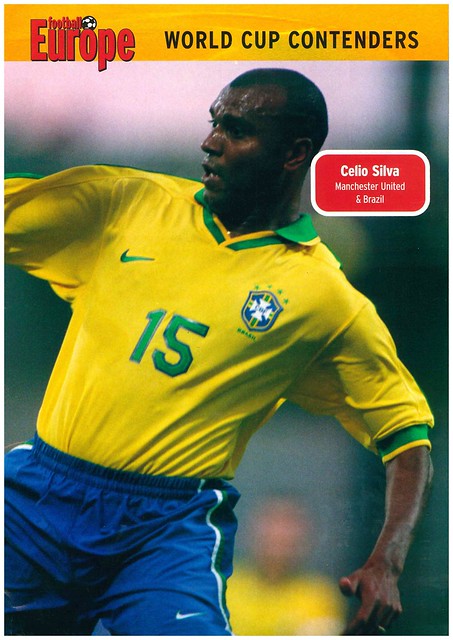 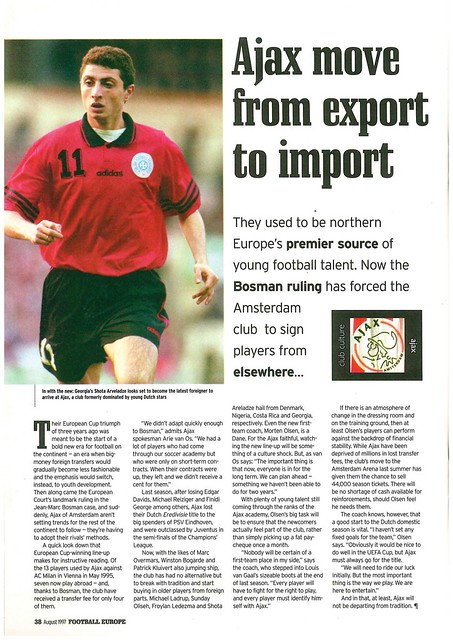 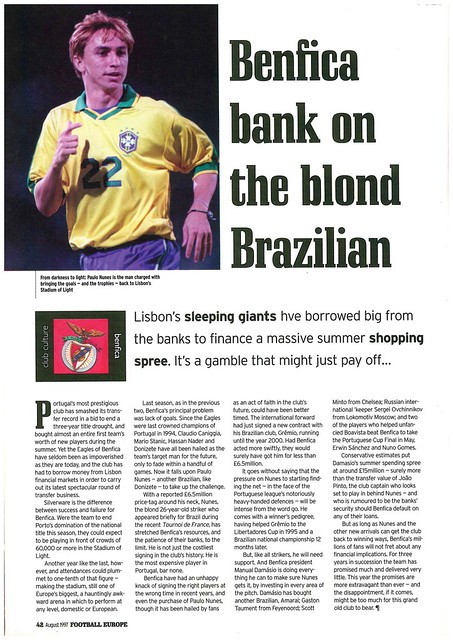