Andy Cole is the cover star of Manchester United’s official magazine, having been in red hot goalscoring form all season.

In news, Roy Keane’s season is over after it is revealed he has suffered a cruciate injury.

There is an advertorial for Sega Worldwide Soccer 98 on Sega Saturn, where Teddy Sheringham plays England v Italy in what he hopes will be the World Cup Final the following year. England won 4-2. On the Sega, that is.

Also in adverts, you can buy mugs in the shape of the face of your favourite footballer.

As ever, there is a review of recent matches, including the statement 3-2 win over Juventus in the Group Stage of the European Cup.

The magazine ends with an interview with Karel Poborsky, who states that Val Kilmer is the best Batman. 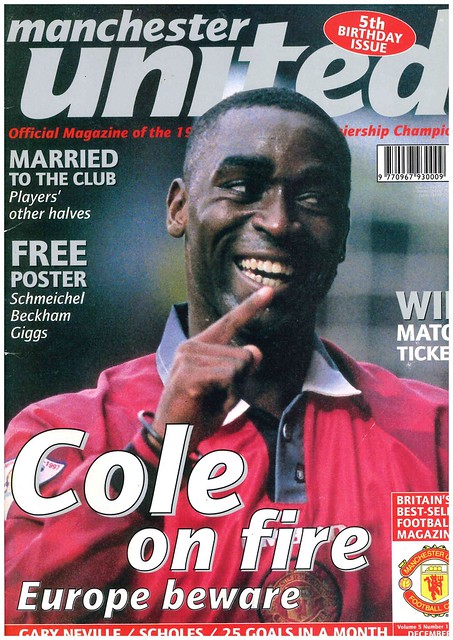 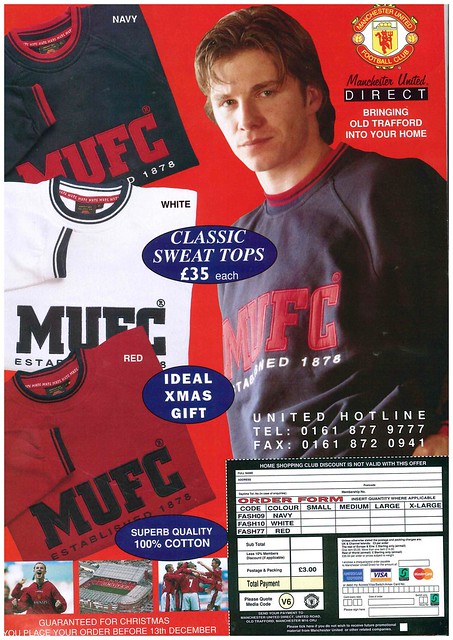 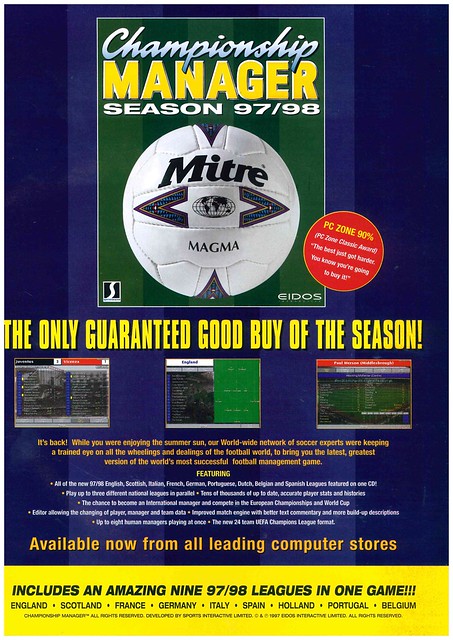 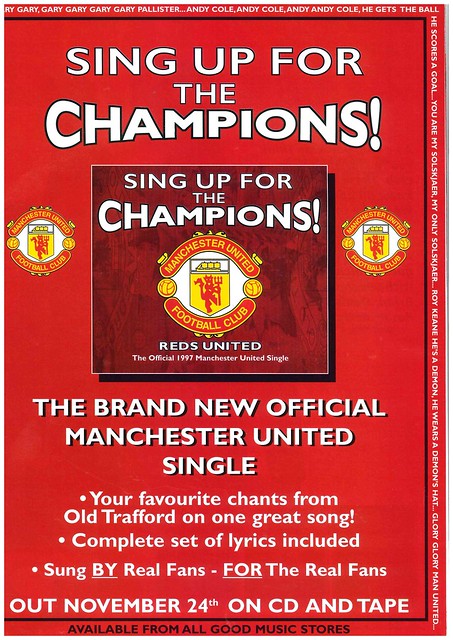 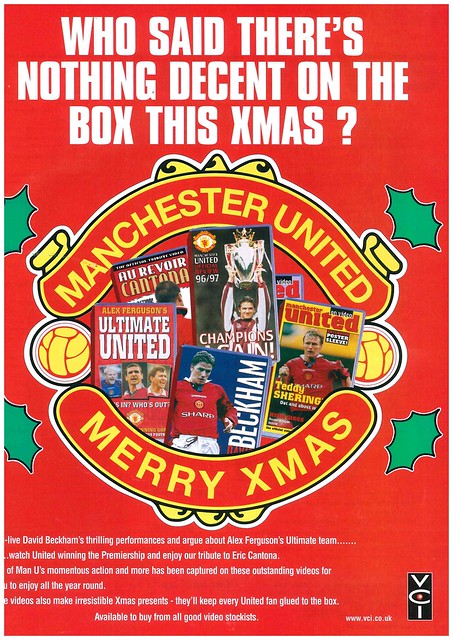 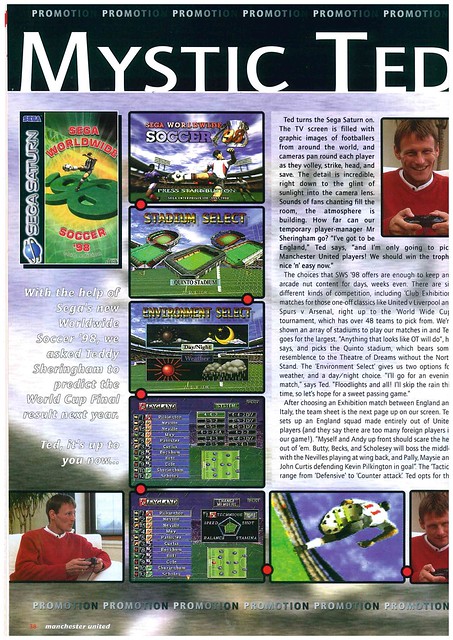 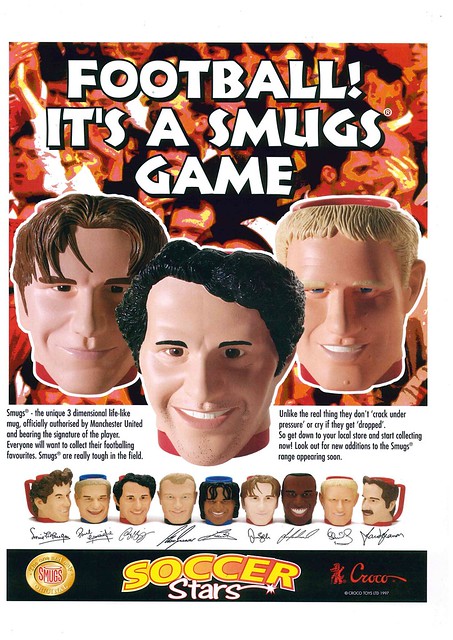 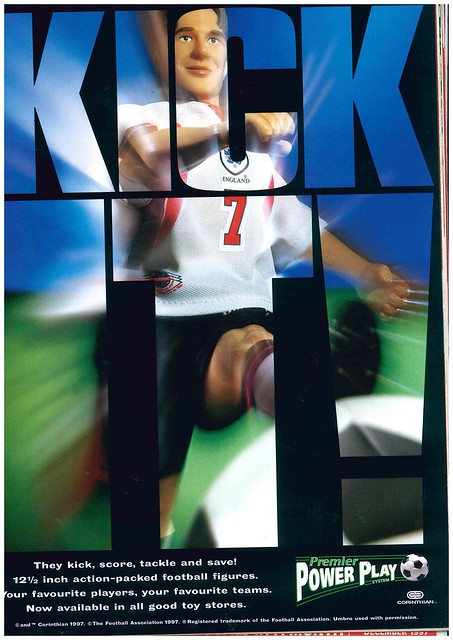 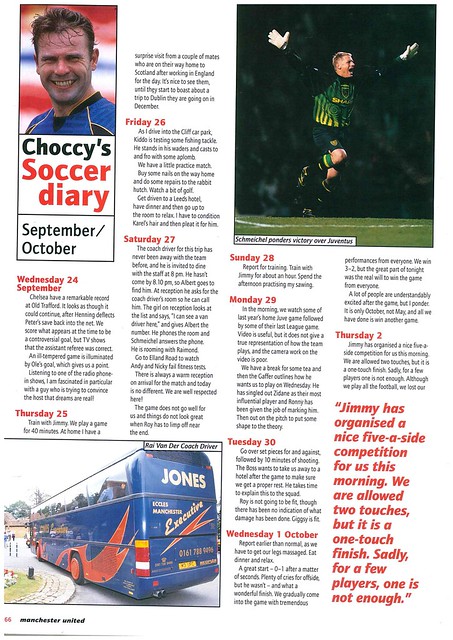 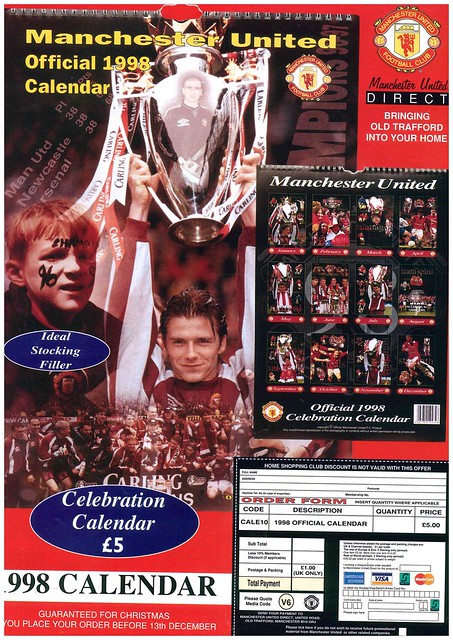 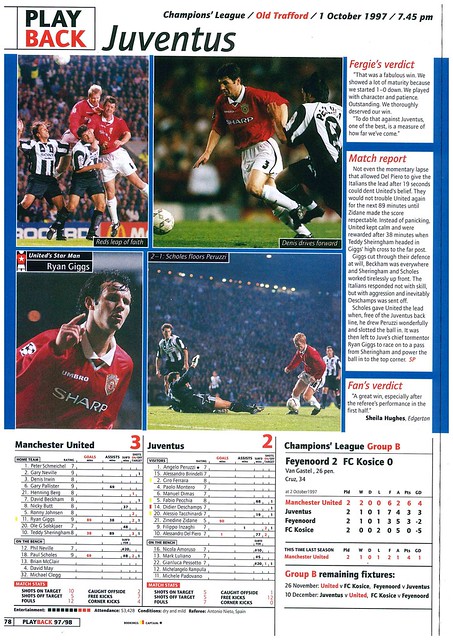 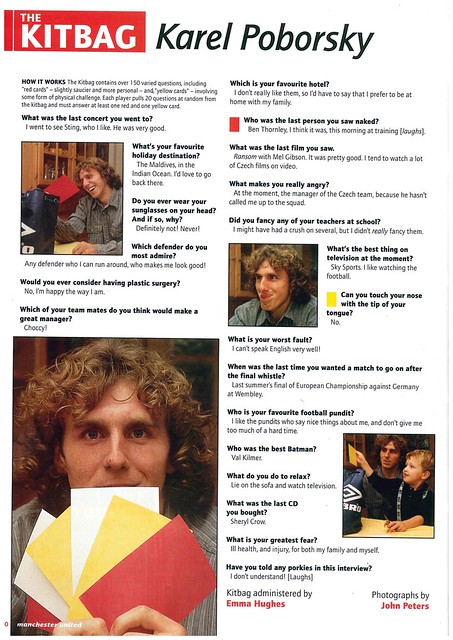 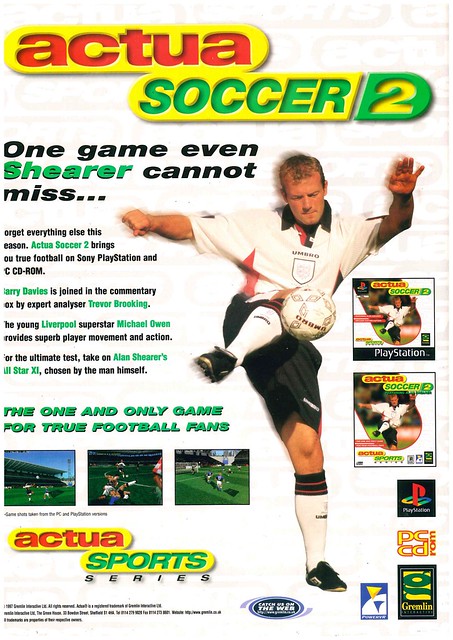