Action between Scotland and Northern Ireland is the cover image of this edition of Shoot, which is dominated by the Home Internationals.

Bobby Moore uses his column to state that England were out to avenge bad results to Northern Ireland (a 1-0 defeat at Wembley in the 1972 Tournament) and Wales (a 1-1 draw in a World Cup Qualifier at Wembley) in the previous year. Moore also stated that he is planning to write a tribute column in the next few weeks to the recently retired Bobby Charlton.

There is a crosstalk feature between Mike England of Wales and Emlyn Hughes of England, with both players believing that the competition should not be scrapped.

Alan Ball uses his column to say that his 2nd place Arsenal side are as good as 1st place Liverpool, it was just that Liverpool got more points than them.

Archie Gemmill of Derby County is interviewed, declaring Johnny Giles of Leeds United to be “The master of midfield”

Republic of Ireland are in World Cup action, facing a trip to the Soviet Union, hoping to keep alive their chances of reaching the finals in West Germany.

It isn’t all international football, as Leeds United’s European Cup Winners Cup Final against AC Milan, with Leeds hoping to keep the trophy in the UK for the 4th successive year after wins for Manchester City, Chelsea and Rangers.

The magazine ends with a poster of Pat Stanton of Hibs, but wearing a Scotland kit. 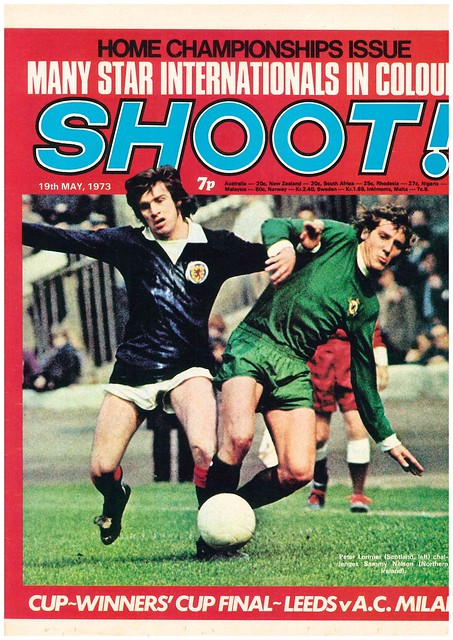 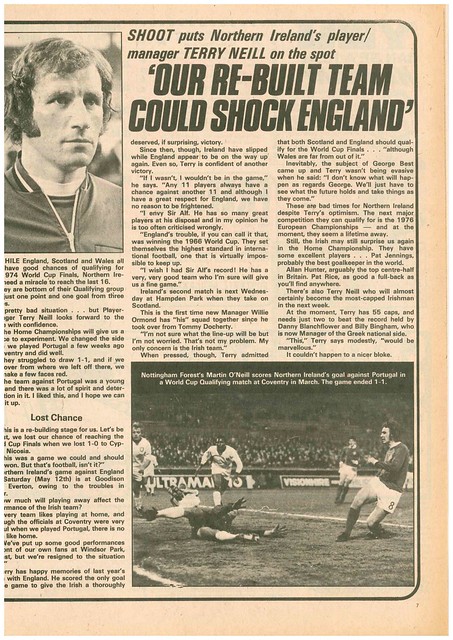 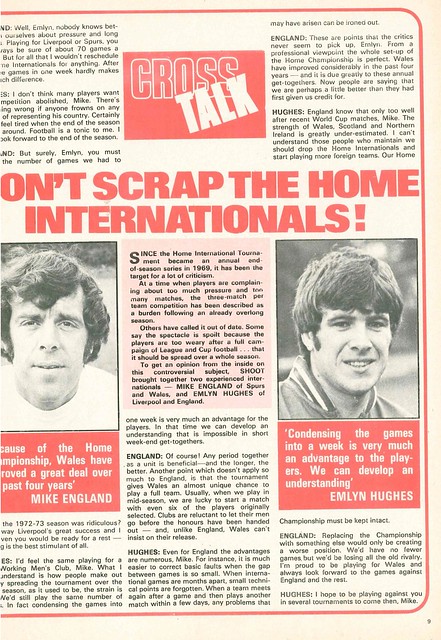 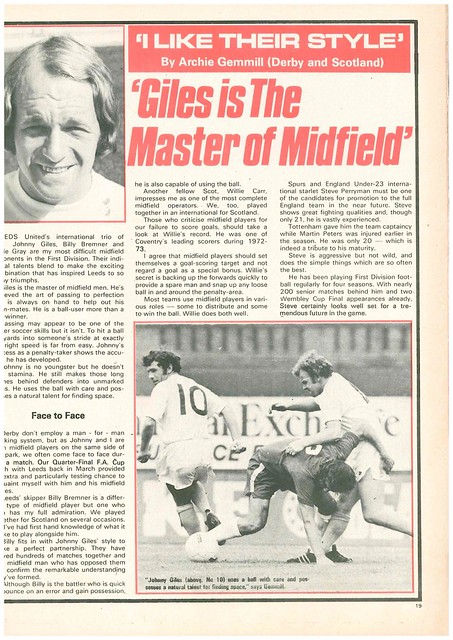 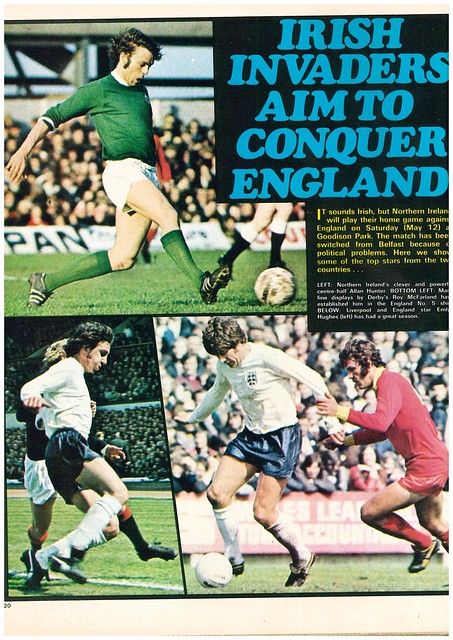 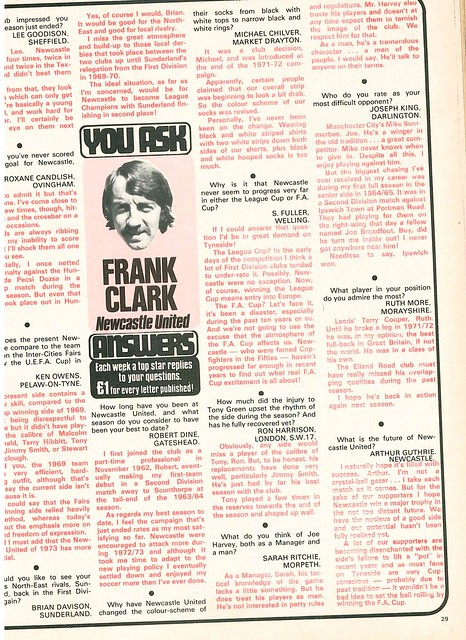 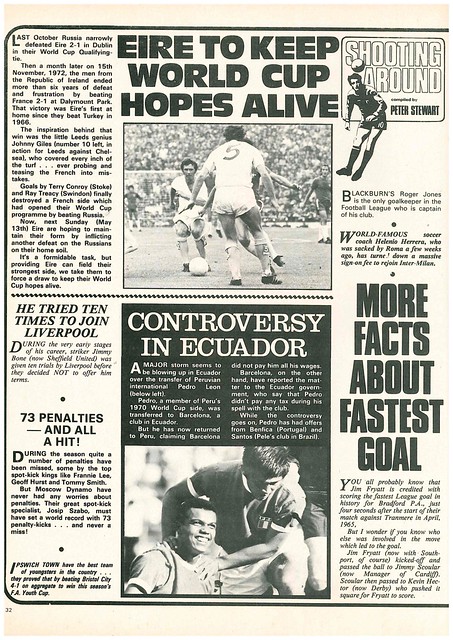 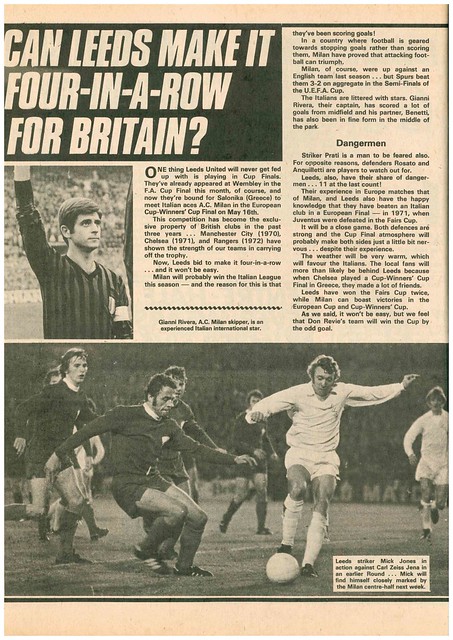