Steve Bruce, holding aloft the FA Cup, is the cover star of Match as Manchester United have just won the double for the first time in their history.

England are playing two friendlies this week, and Match interviews captain David Platt to get the lowdown on the England team.

Steve Chettle of Nottingham Forest is subject to a Q and A, where he reveals he loves Chinese and Italian food.

There is a pull-out of Group B as the countdown to the 1994 World Cup is in full swing. That group contained Brazil, Cameroon, Russia and Sweden.

Ryan Giggs is the subject of a double page spread, as Match goes on location with him at Selhurst Park as he films an advert for Reebok.

Giggs also appears (sort of) in an advert later in the magazine to flog his own video game. 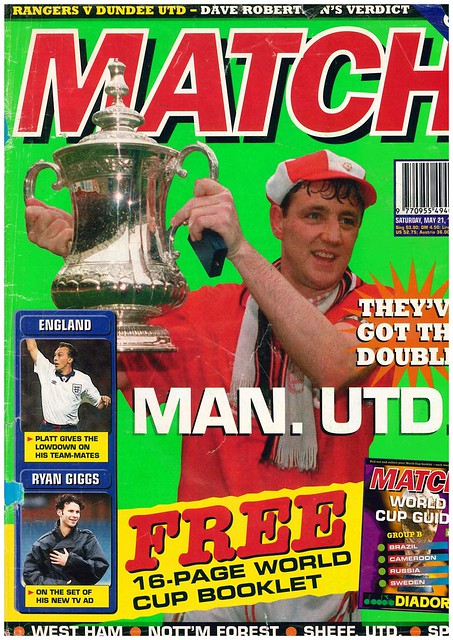 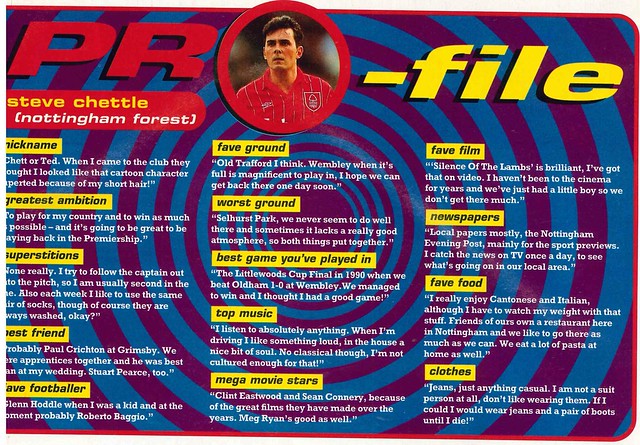 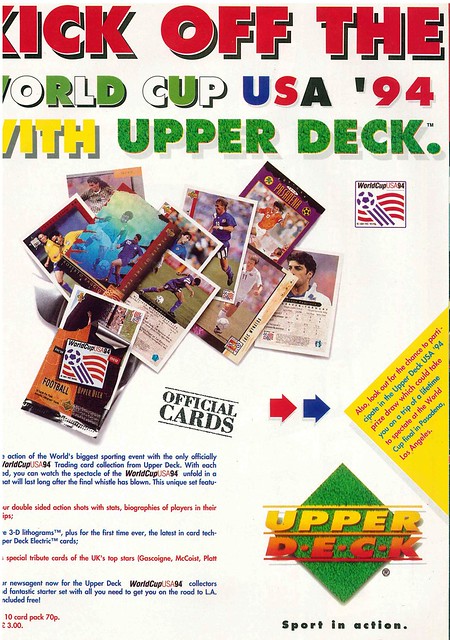 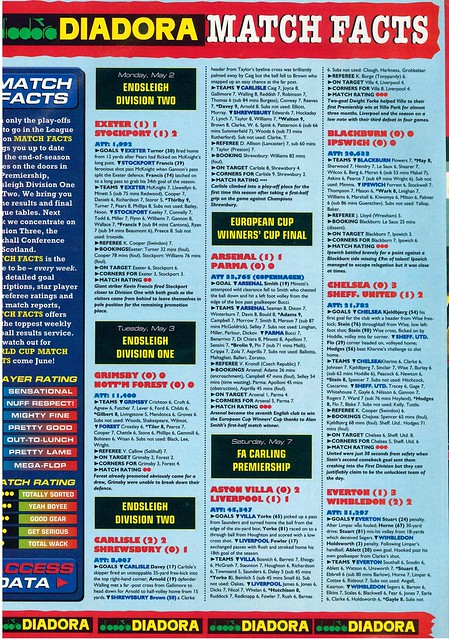 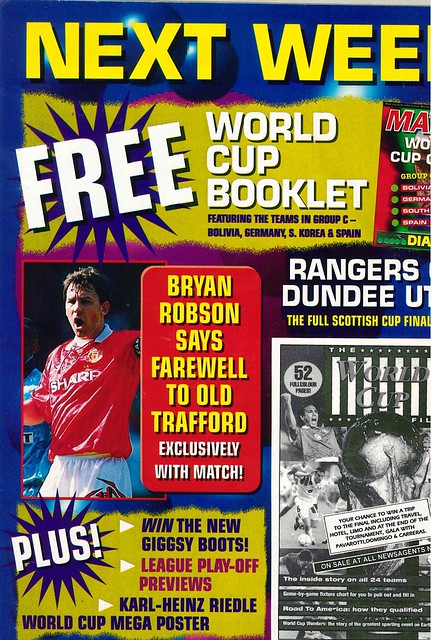 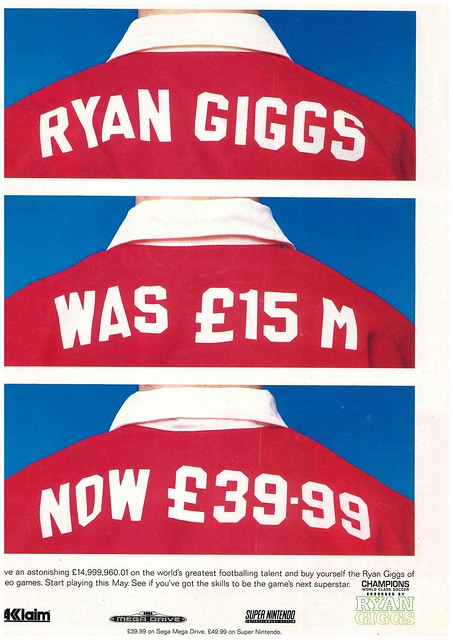