Ronaldo (the original one) is the cover star of this edition of Football Italia, having completed a big money move to Inter Milan from Barcelona.

In adverts, there was a full page avert for a Football Italia hotline, where you could get all the latest Serie A news for just 50p a minute.

Also getting four pages is AC Milan, who have a familiar face in the dugout, with Fabio Capello returning as manager.

Capello appears in another four page feature, a profile of all the managers in Serie A.

Claudio Ranieri gets profiled, but he is an out of work Serie A manager, having just been sacked by Fiorentina.

The best goalscorers in Serie A get profiled – Sandro Tovalieri, Pasquale Luiso and Marco Negri. Negri won’t be scoring any goals in Serie A this year, as he had just signed for Rangers.

There are profiles of players who have been dubbed Heroes Of 97, including two players who would later play for Manchester United – Juan Sebastian Veron and Massimo Taibi, who was compared to AM Milan keeper Sebastiano Rossi. There was also a former United player profiled – Paul Ince, who was leaving Italy after two years to sign for Liverpool.

The magazine ends with the fixture list of the forthcoming season in Serie A and Serie B. 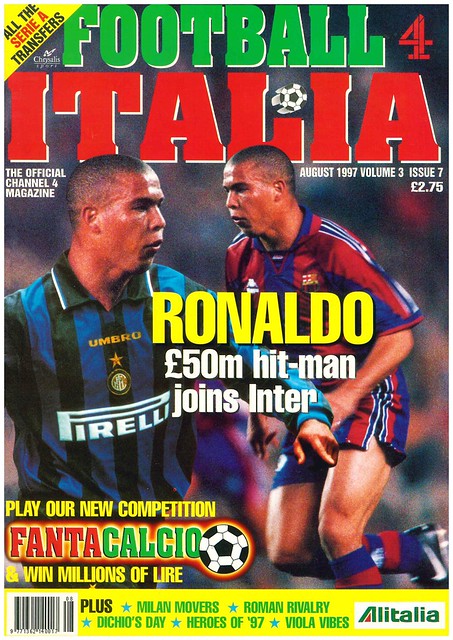 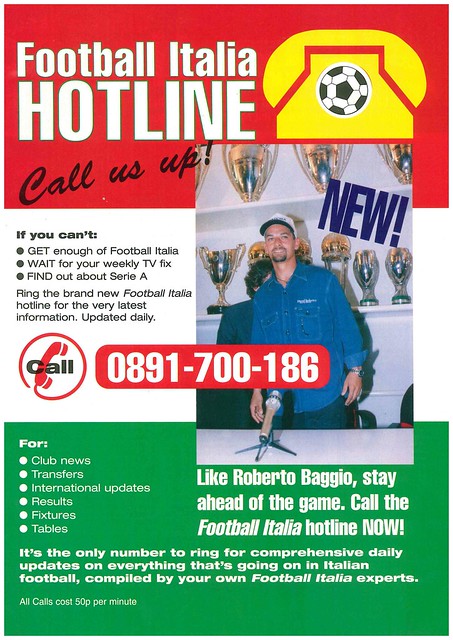 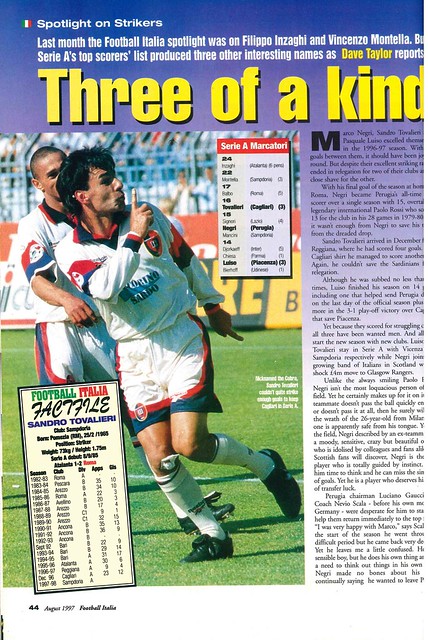 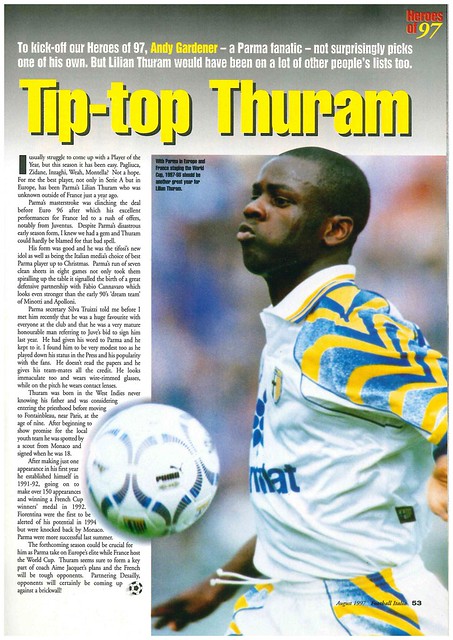 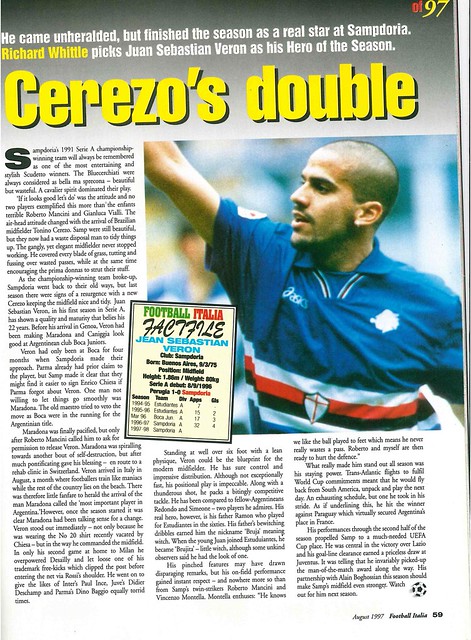 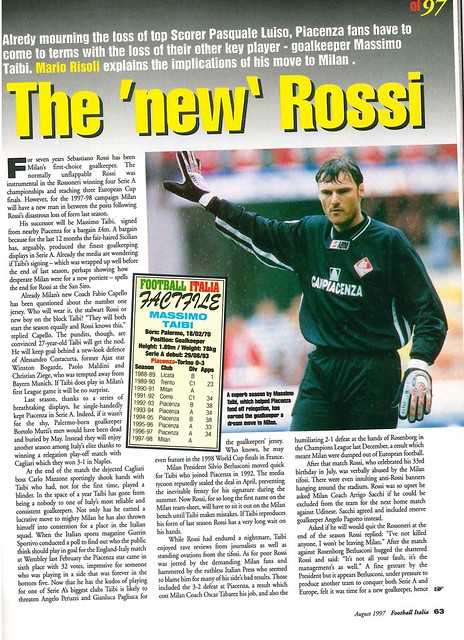