Simone and Pippo Inzaghi are the cover stars of this edition of Football Italia, a spin-off magazine of Channel 4’s coverage of Italian football.

In news, Juventus will have a new manager in the summer, with Carlo Ancelotti being picked to succeed Marcello Lippi.

Italy beat a Rest Of The World XI 6-2 in a friendly to mark the 100th anniversary of the FIGC.

There are reviews of the draws for the Quarter-Finals of the three European competitions, the highlight being Inter Milan’s European Cup tie against Manchester United, while the UEFA Cup draw presents the opportunity for an all Italian final.

There is a report on the first leg of the Coppa Italia Quarter-Finals, with Juventus on the brink of elimination after a 2-1 home defeat to Bologna.

The two Inzaghi brothers get a six page profile, which also features some of the famous brothers to have played in Serie A.

Parma are the subject of a club profile, including a two page profile of Hernan Crespo.

There is also reviews of recent matches and previews of upcoming matches.

The magazine ends with a preview of the next edition, which will feature Lazio, as they aim to win their first title since the 1970s. 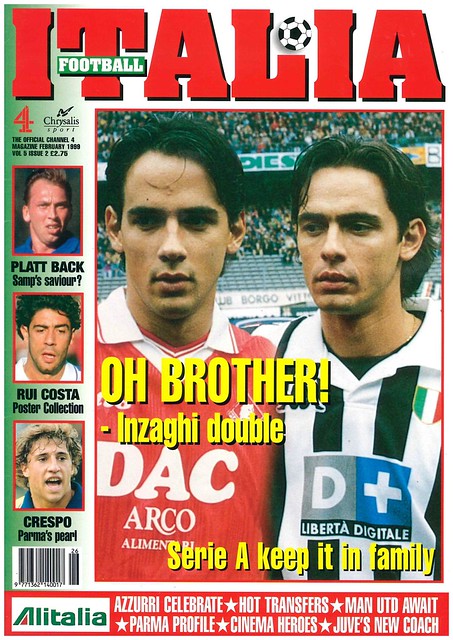 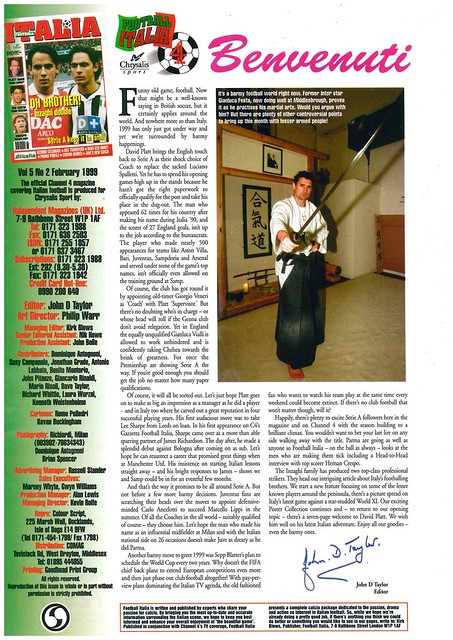 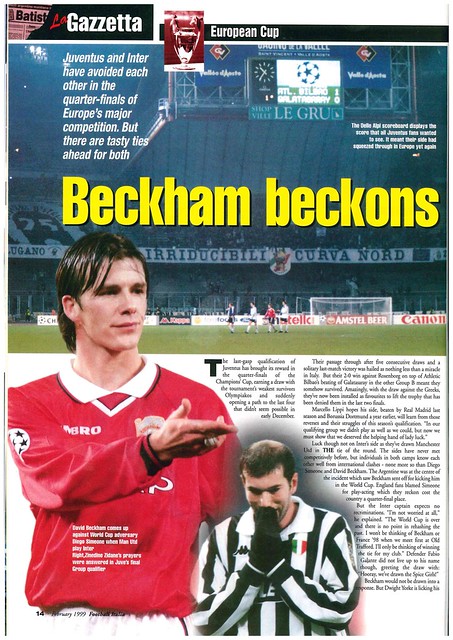 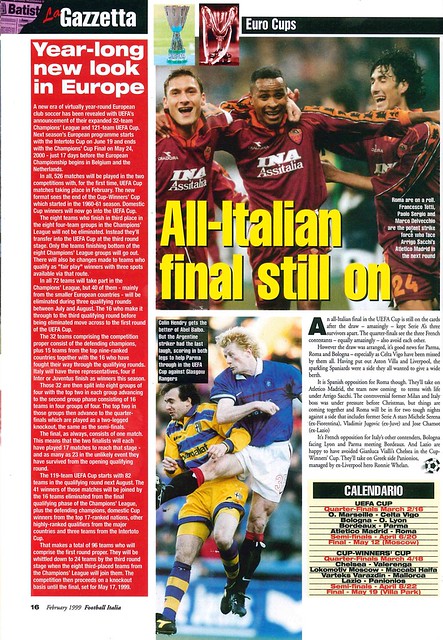 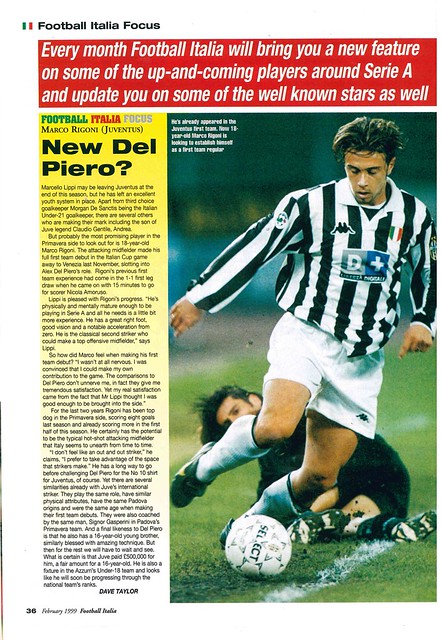 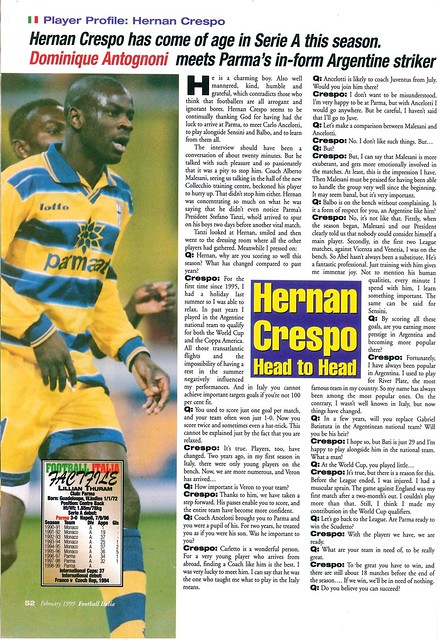 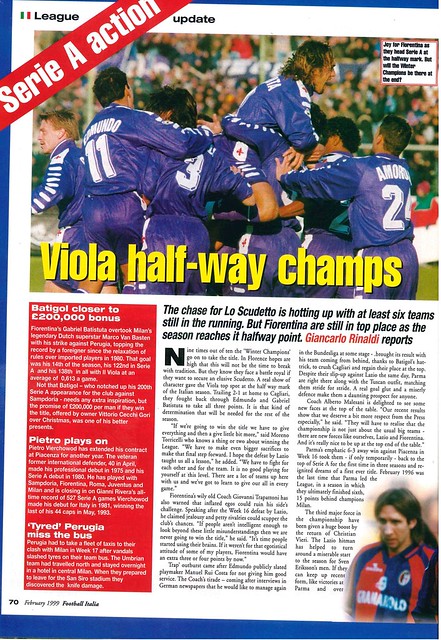 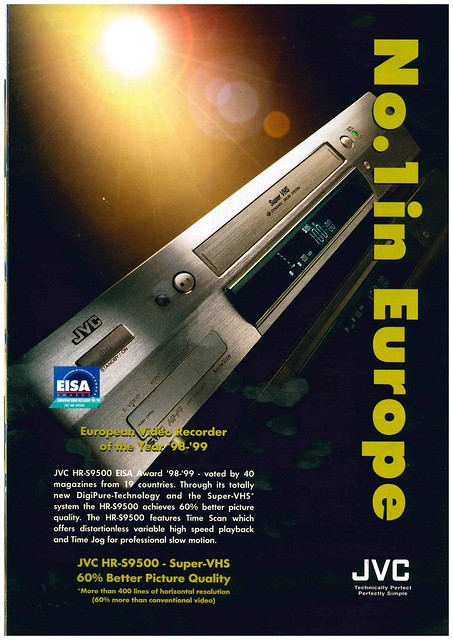