It’s the early months of the 96/97 and Eric Cantona is the cover star of Manchester United’s official magazine, in what would turn out to be his last season at the club.

Pat Crerand writes in his column about a summer of new arrivals and some experienced players leaving, stating that he wished to see the European Cup back at Old Trafford some day..

In news, Old Trafford was being considered as a venue for the 1998 European Cup Winners Cup Final. That would be played in Stockholm, but it made it’s way to England in 1999 at Villa Park, the last final of the competition. Old Trafford would have to make do with the 2003 European Cup Final.

There was a poll for readers, asking if Old Trafford needed a new scoreboard.

Meanwhile, Gary Pallister announces he is raring to go after an injury ravaged 95/96 season.

Cover star Eric Cantona gets a four page interview, revealing that he didn’t watch Euro 96, but wanted England to win it.

As Untied are back in the European Cup and one of eight seeded teams automatically in the group stages, and previews the tournament, with 1995 winners Ajax amongst the seeds, managed by future United manager Louis Van Gaal.

There are four pages dedicated to United’s pre-season routine, with a look at how they compare to other sports.

There are also match reports from United’s early pre-season games, against Portadown and a League Of Ireland XI.

There was an offer for readers, where you could get a 1997 Eric Cantona calendar for £5. 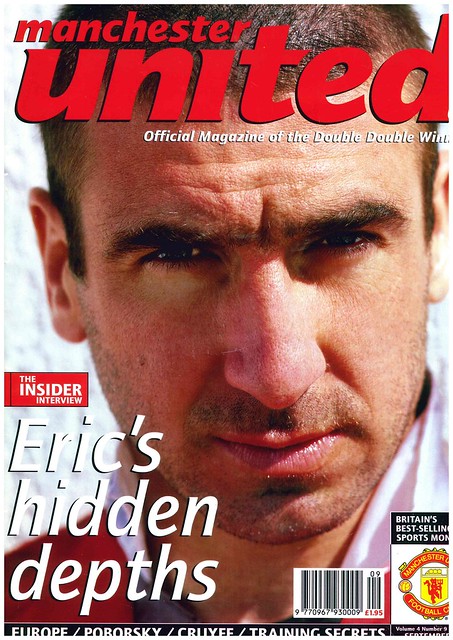 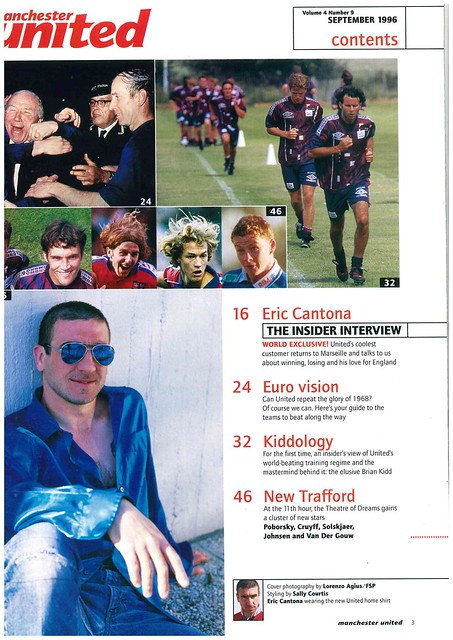 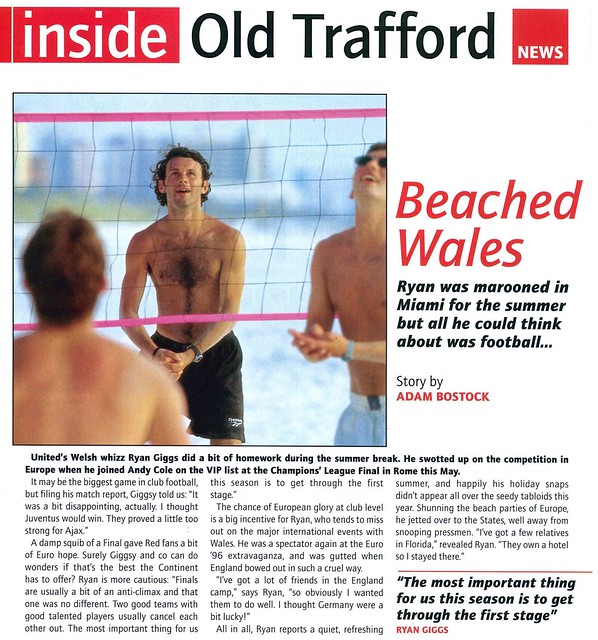 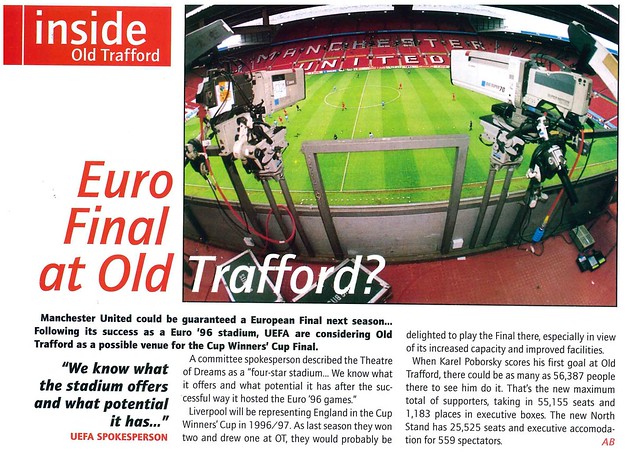 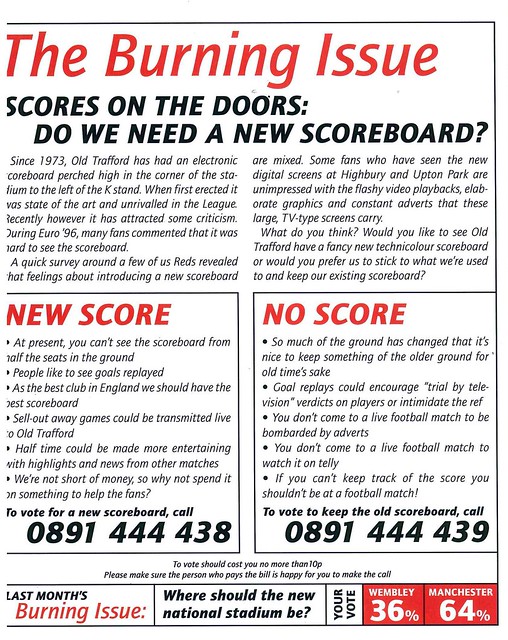 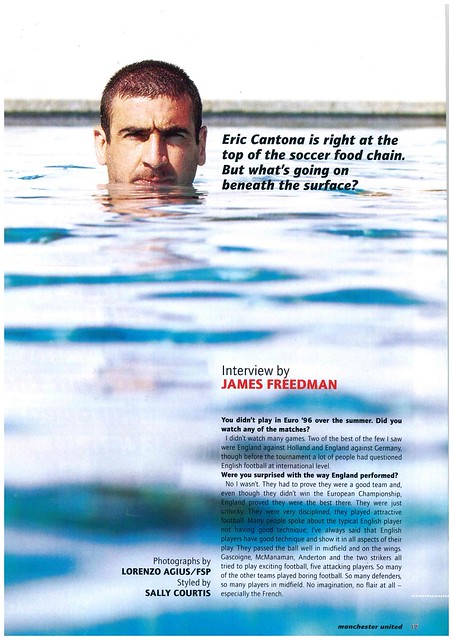 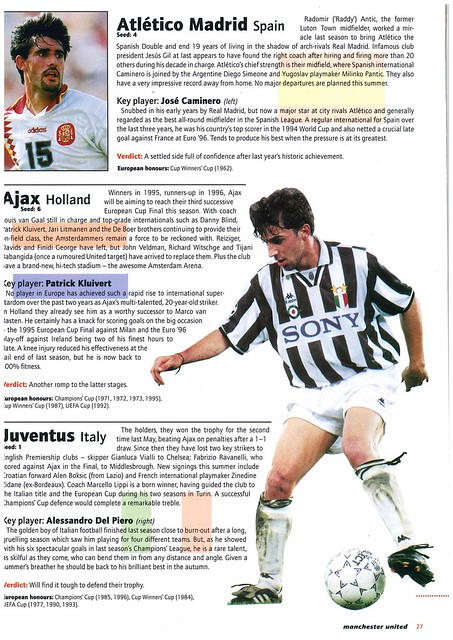 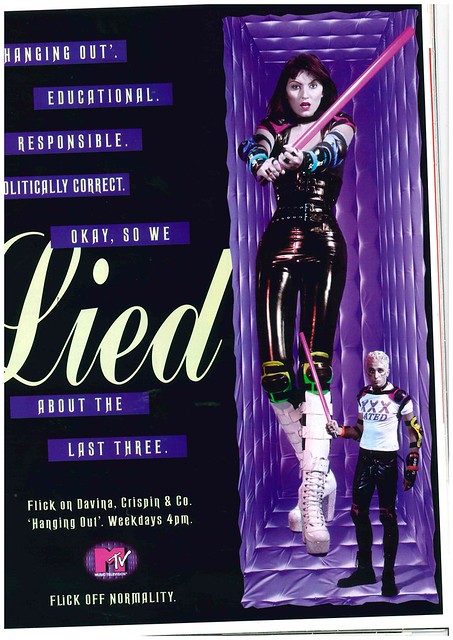 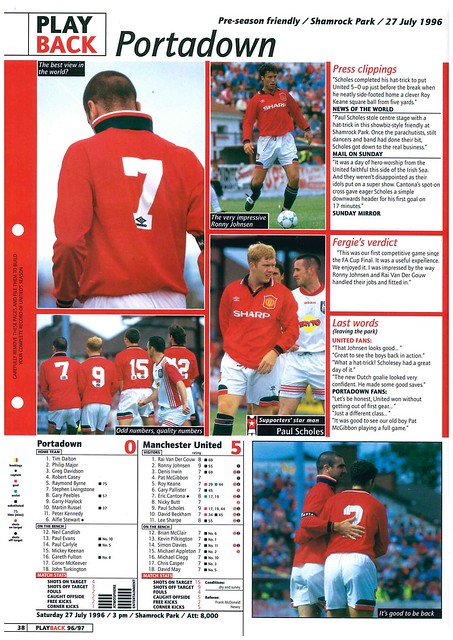 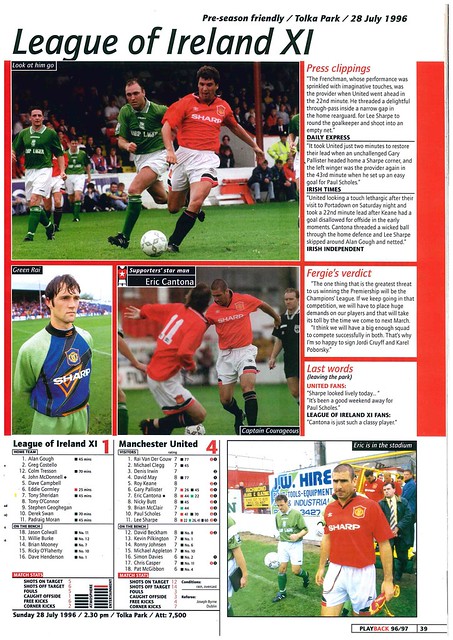 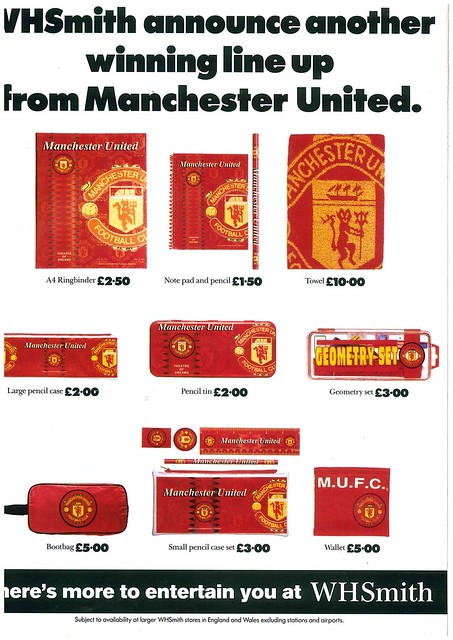 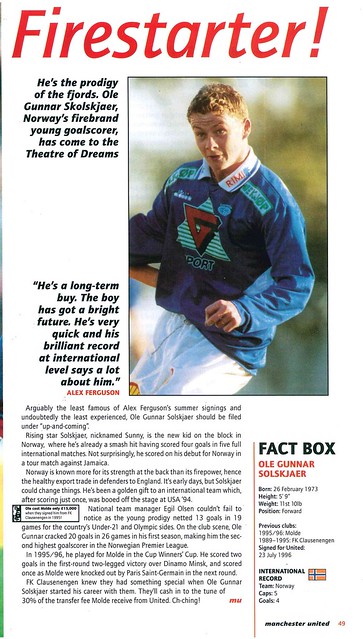 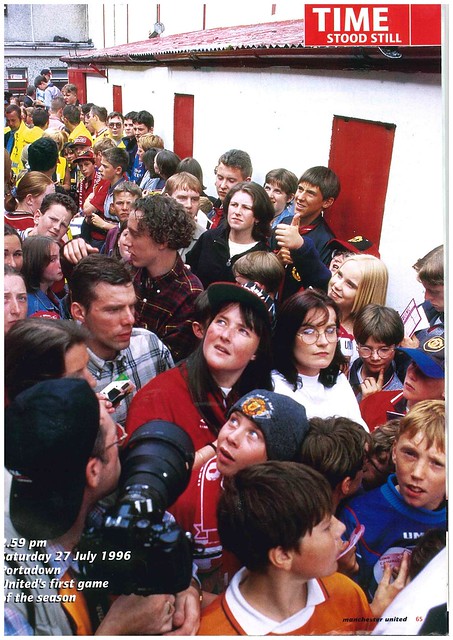