In news, it was the circle of (football) life as Brian McClair is leaving the club, while Wes Brown made his debut.

Looking to the future, there is an advert for the new United kit, modelled by David Beckham.

Alex Ferguson gets five pages as he reviews the season just passed, saying that failure will make United stronger.

Jaap Stam is the subject of a five page interview, where he reveals he supported United growing up, and turned down the opportunity to sign for Liverpool and Newcastle.

David Beckham gets only four pages as he is interviewed to coincide with the release of his autobiography.

Brian McClair signs off with his final diary, while there is a review of radios for those who enjoy listening to the radio at matches.

Future United manager Louis Van Gaal gets a feature in the European round-up, described as the toast of Catalunya following Barcelona’s title win.

Towards the end of the magazine, United’s final games of the 1997/1998 season get reviewed, a season that United finished 2nd. 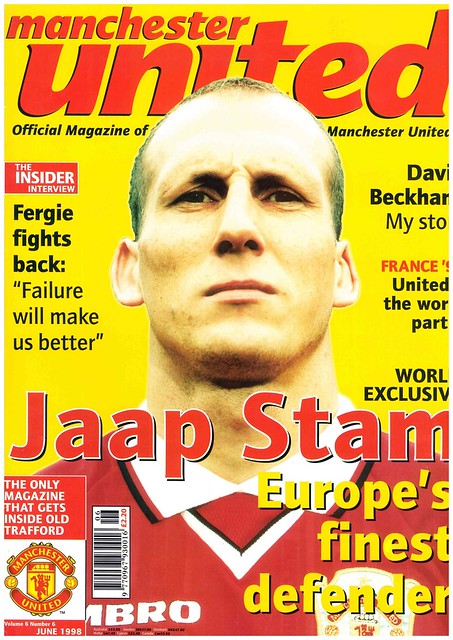 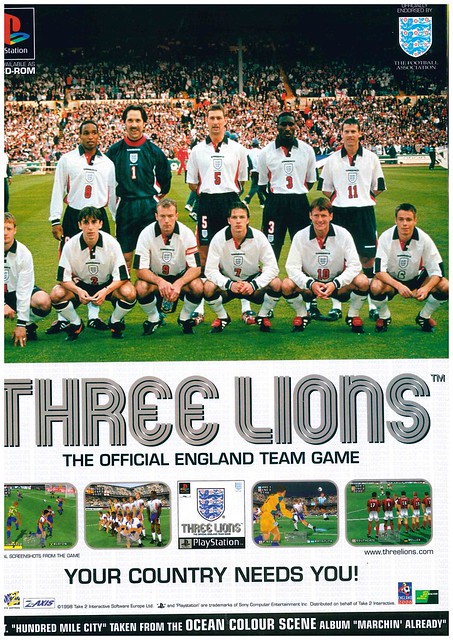 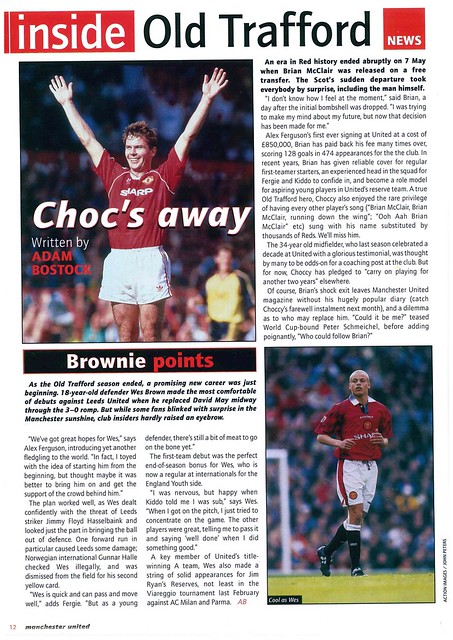 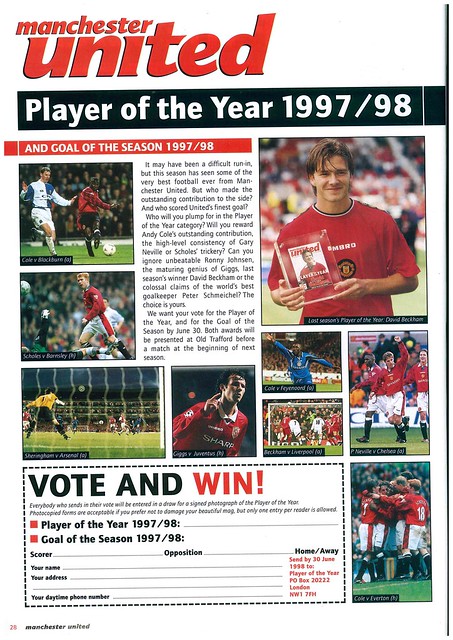 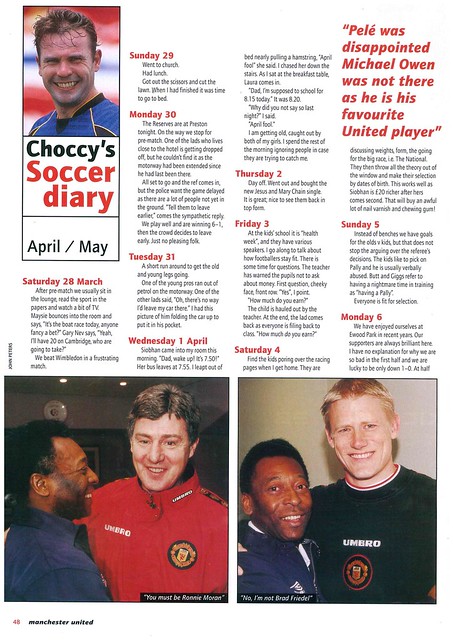 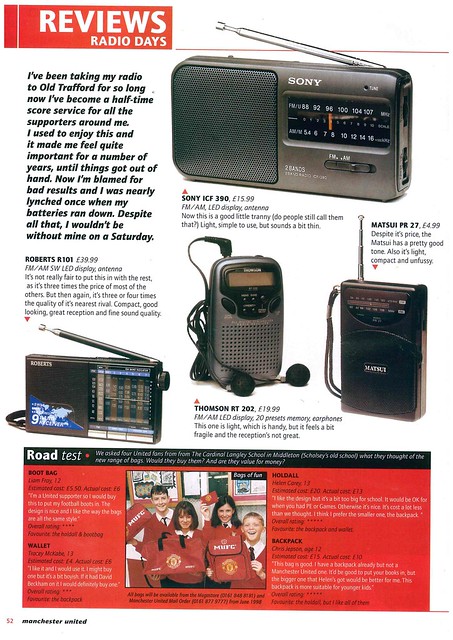 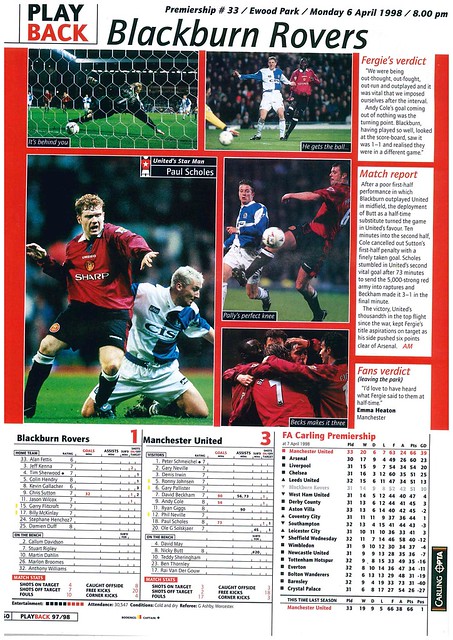