Ole Gunnar Solskjaer is the cover star in the early months of a season that he would write himself into United folklore in the final minute of it.

In news, Old Trafford is being expanded, and there is the possibility of there being a Singing Section when the work is complete.

The letters page is dominated by this issue, with letters coming in both for and against Murdoch.

Cover star Solskjaer is interviewed, stating that nothing put him off signing for Spurs that summer, he just wanted to play for United.

There is a five page feature looking at how United rank as a brand in comparison with other big European clubs.

Gary and Phil Neville are bringing a diary out of the 97/98 season in Europe, and there is a serialisation of it in this magazine.

12 years after his departure as manager, there is an interview with Ron Atkinson looking back at his time with United.

There is a round-up of recent results of United’s Under 19 team, with goals in this run coming from John O’Shea, Luke Chadwick and David Healy, who would all go on to play for United’s first-team.

There is a review of United’s games in September 1998, as well as a preview of games coming up in October and November that year. 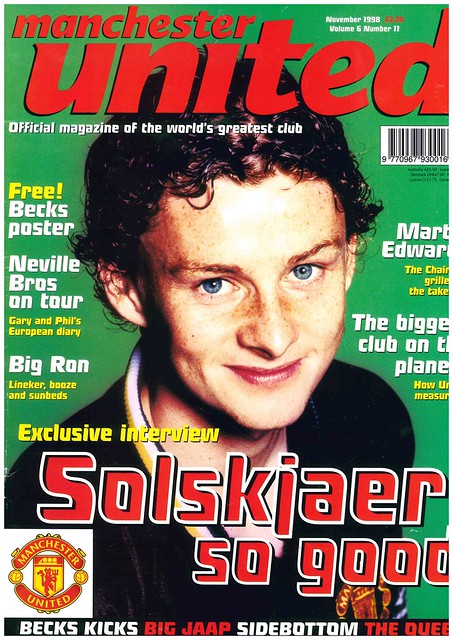 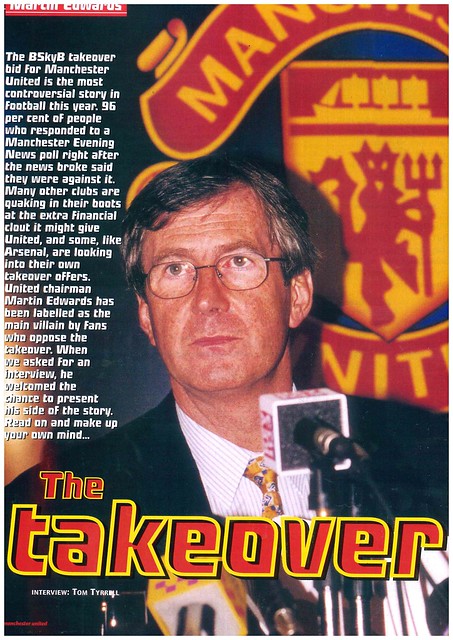 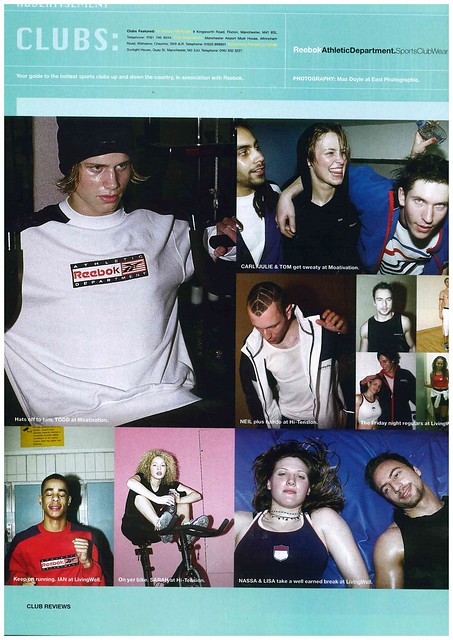 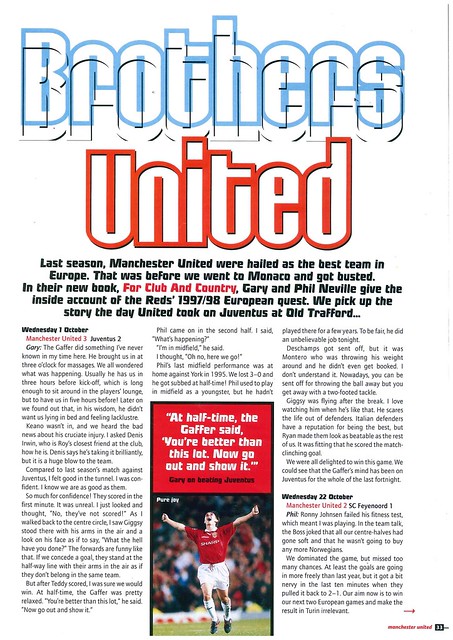 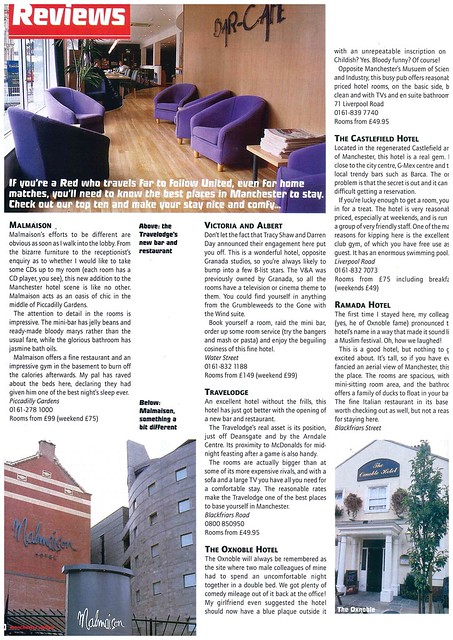 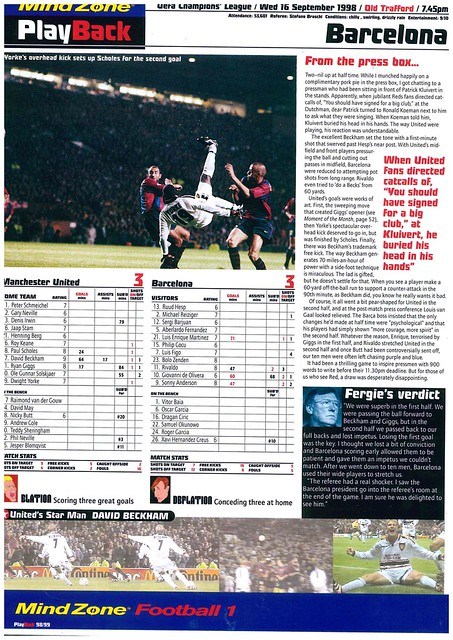 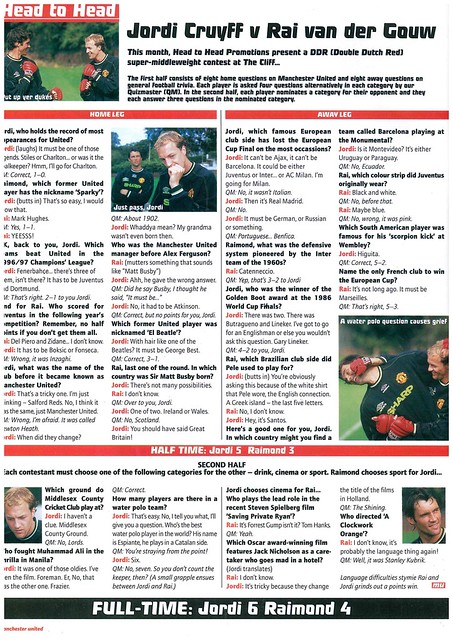