“Last chance to see” screams the headline accompanying cover stars Blur. That turned out to be a lie, as I saw Blur in August 2013.

As you open the magazine, there are five pages dedicated to Stone Roses comeback with a large scale concert at Heaton Park in Manchester.

Talking of concerts, there is a look at the recent trend of Meet and Greets, looking at the various packages on offer and the fans who have taken advantage of them.

In future albums, there is a page dedicated to Foals, who are working on a new album for release in “Early 2013”.

Graeme Swann takes Q through his record collection, singing the praises of Queen, Oasis, Stereophonics, The Bluetones and Pink Floyd.

The subject of this month’s Cash For Questions is Wayne Coyne of Flaming Lips, who states that he would make a good Doctor Who.

As the summer is now long gone, Q dedicates eight pages to reviewing the festivals of 2012 in the UK, although they did manage to go to Portugal for one.

Cover stars Blur get seven pages, as the band gets ready for a concert at Hyde Park, unsure of what direction for the band to go next.

The magazine ends with a Q and A with Tom Meighan from Kasabian, who reveals he would like to do a Mowtown covers album. 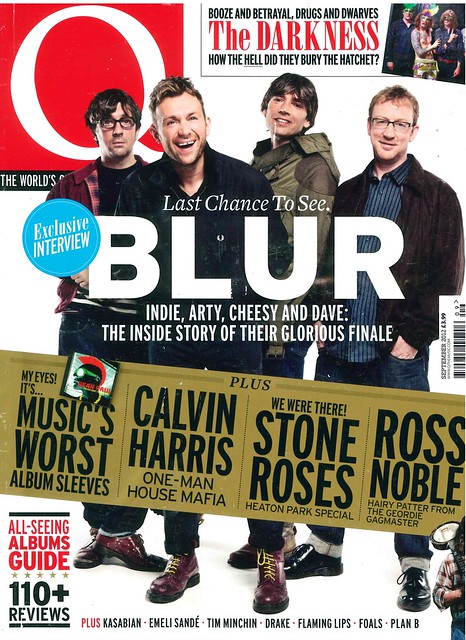 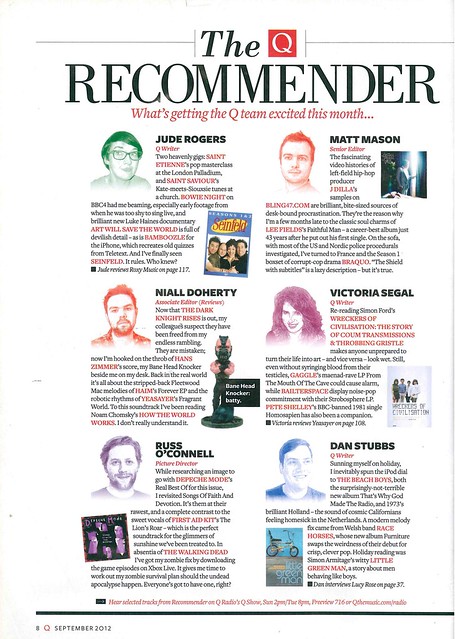 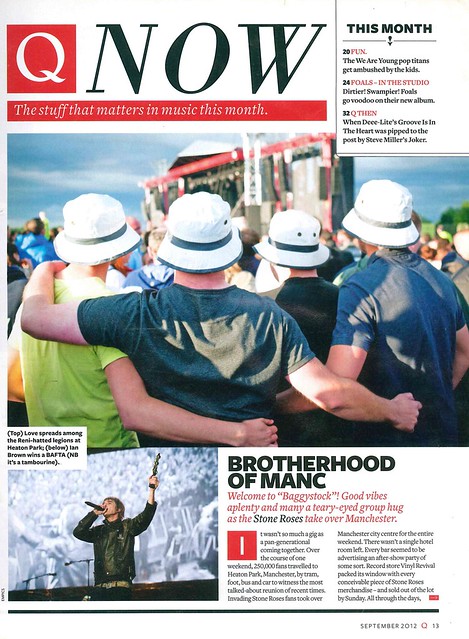 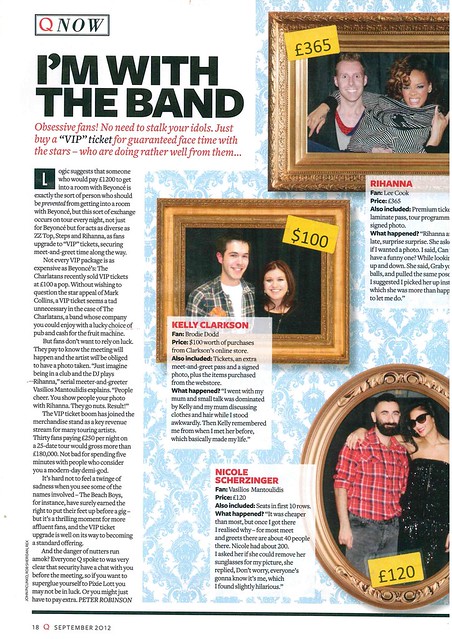 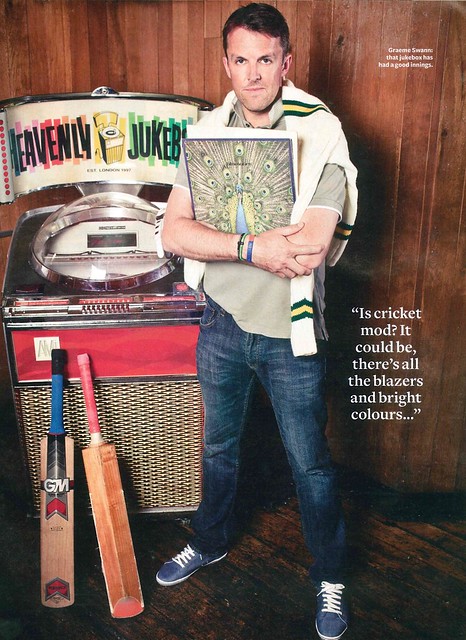 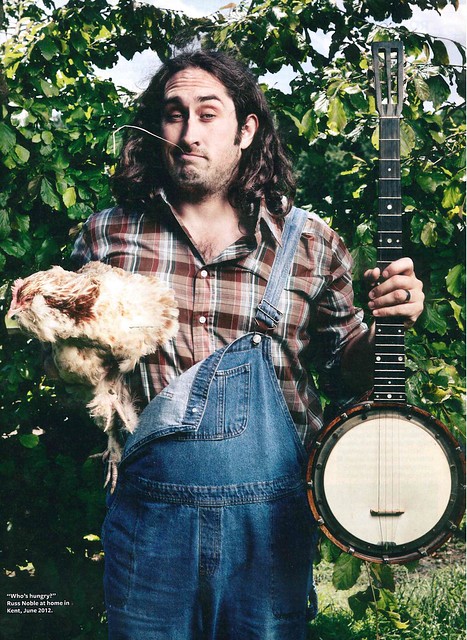 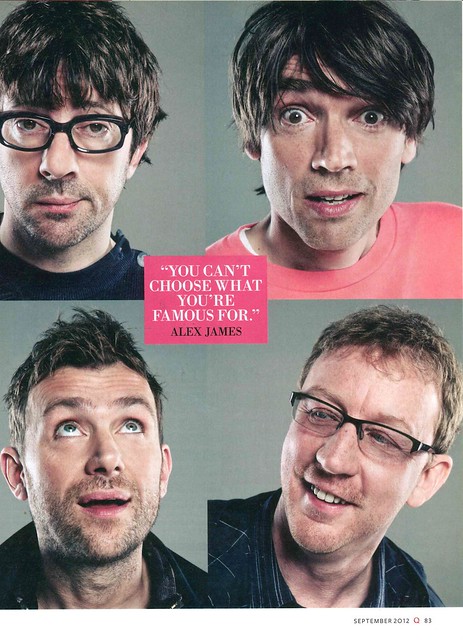 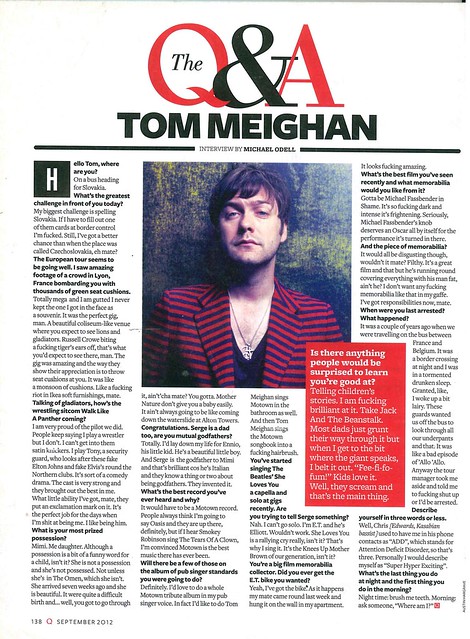