They didn’t know it then, but we were in the final few months of Sir Alex Ferguson’s reign as Manchester United manager, as Wayne Rooney is the cover star of the club’s official magazine, previewing the run-in to the 2012-2013 season.

That pre-season tour got a full page feature, with games in Asia being added to it.

Rio Ferdinand is interviewed, as he looks back on his younger days and the people who made him.

By now, Brian McClair has a column rather than a diary, and he talks about his friendship with Mark Hughes.

Cover star Rooney gets a five page interview, where he lists his three favourite games of the season, away wins at Liverpool, Chelsea and Manchester City.

This month marked ten years since Darren Fletcher made his United debut, and there a look at his ten best moments as a United player.

As is usual with this magazine, there is a look back at the previous month’s games, and February 2013 was a month where United made progress both Domestically and in Europe.

There is a focus on youth, where young goalkeeper Sam Johnstone gets a profile. 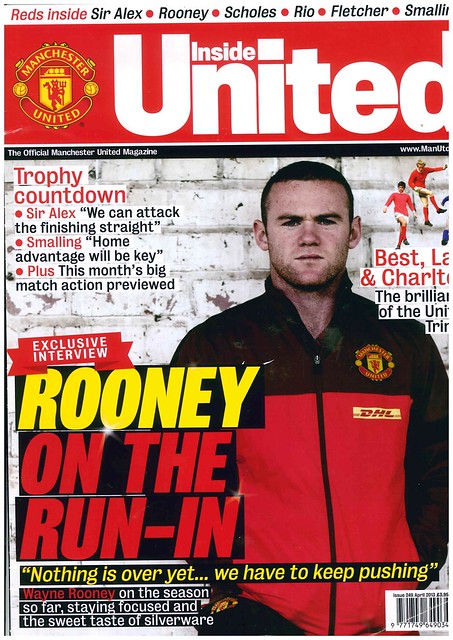 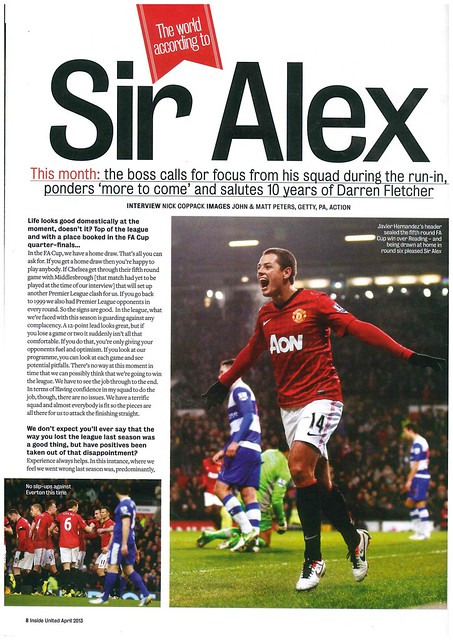 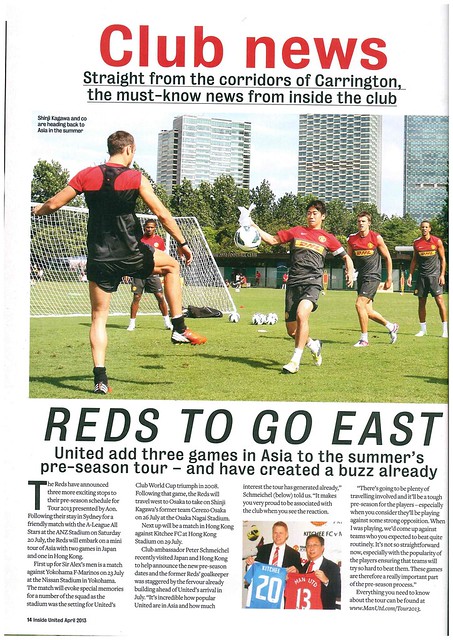 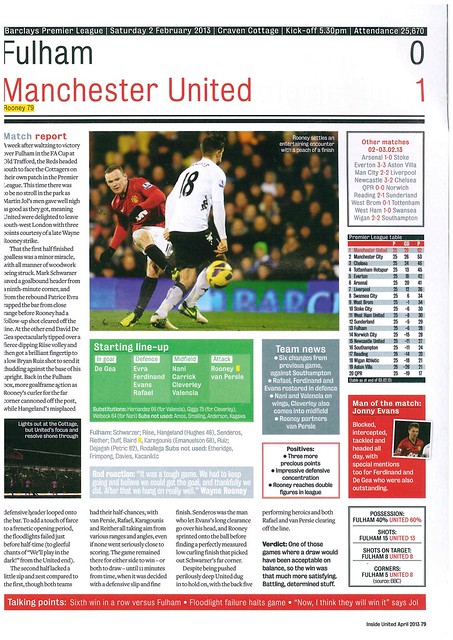 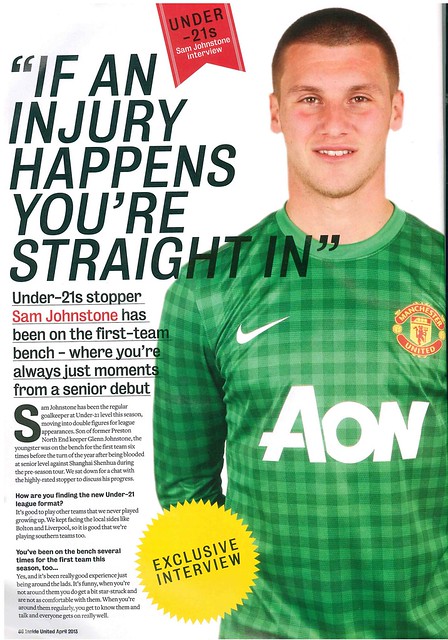 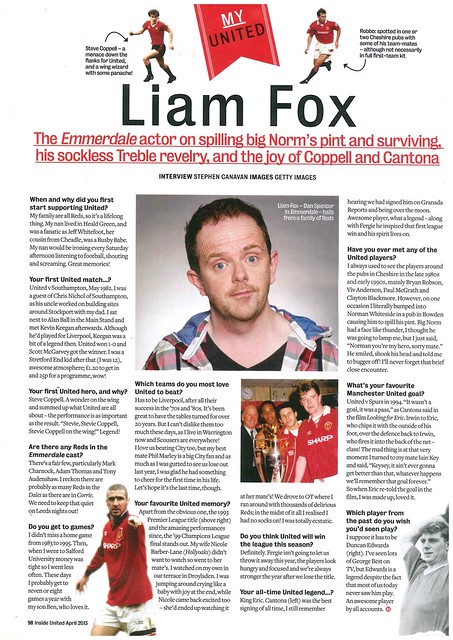