Steve Kember of Crystal Palace is the cover star of Goal in the final months of 1971.

As you open the magazine, Francis Lee is telling Goal about how much he hates defensive football.

The big match of the weekend is previewed as Derby take on West Brom, with Derby unbeaten in their opening eight games of the season.

Bobby Charlton uses his column to say that George Best not facing any further action for his red card at Chelsea was a boost for Manchester United.

There is a profile of Brian Labone of Everton, as he looks set to overtake the club’s appearance record.

Talking of switching sports, a top athlete has said that Colin Bell of Manchester City could be a star as a Half Mile Runner.

Hull City manager Terry Neill is interviewed, with ambitions for getting the club promoted to the top flight, but insists that the club needs to get their infrastructure sorted first off the pitch before having a promotion challenging team.

There is a review of the opening games in European competition, with the big headline being a defeat for Celtic in the 1st Leg of their 1st Round tie in the European Cup against BK Copenhagen.

In Glasgow, Rangers are put through a rigorous training regime on what is known as “Murder Hill”.

Mick Channon has found himself a new interest outside of football, he owns a Hairdresser’s.

There is a profile of one of the brightest talents in English football, Tommy Cassidy of Newcastle United.

England have a European Championship Qualifier against Switzerland coming up, and Goal is offering fans the chance to travel to the game (ticket included) for £16.50.

The magazine ends with a poster of Rodney Marsh. 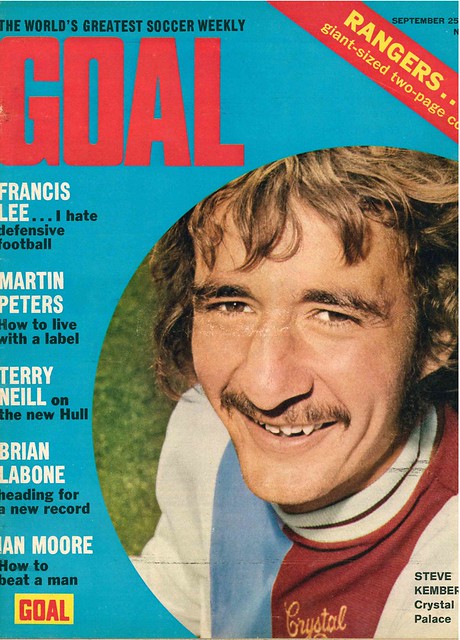 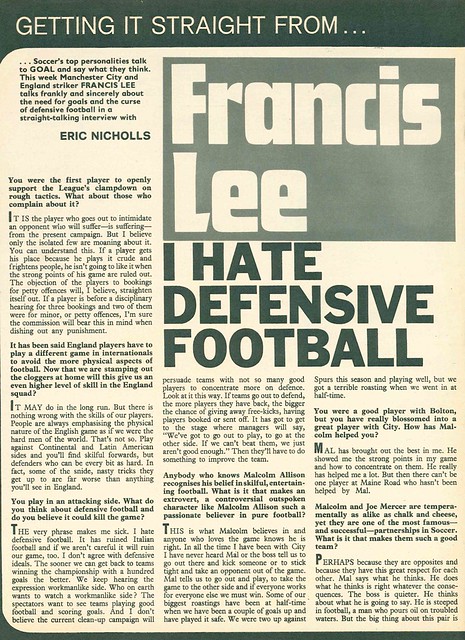 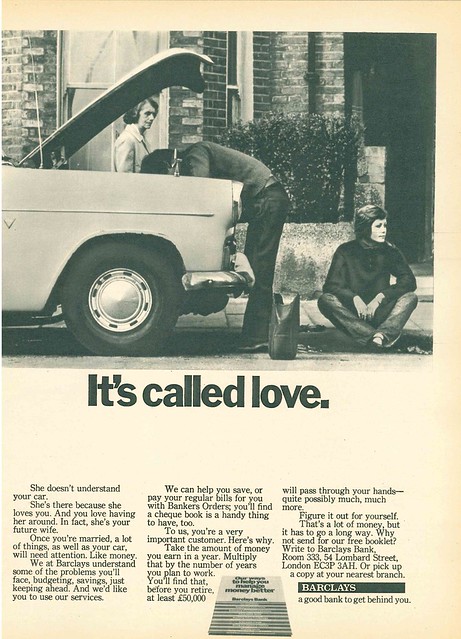 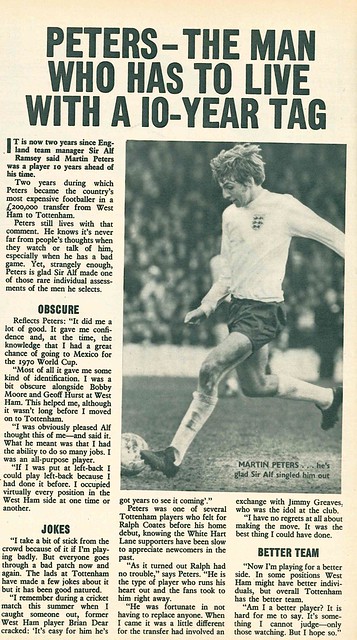 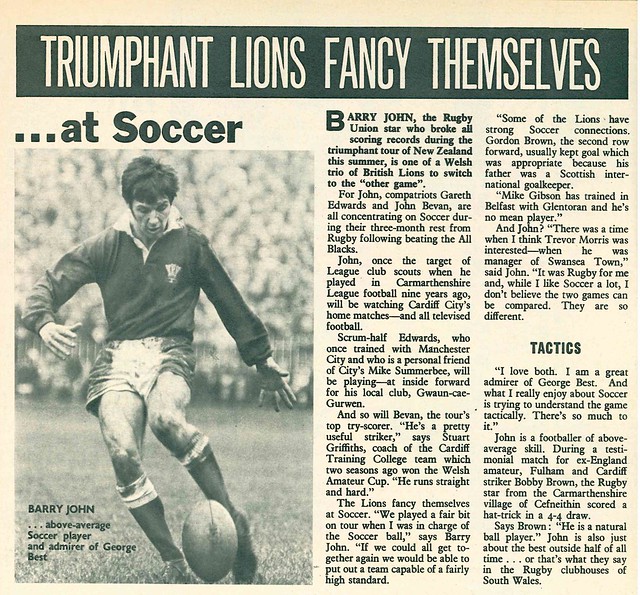 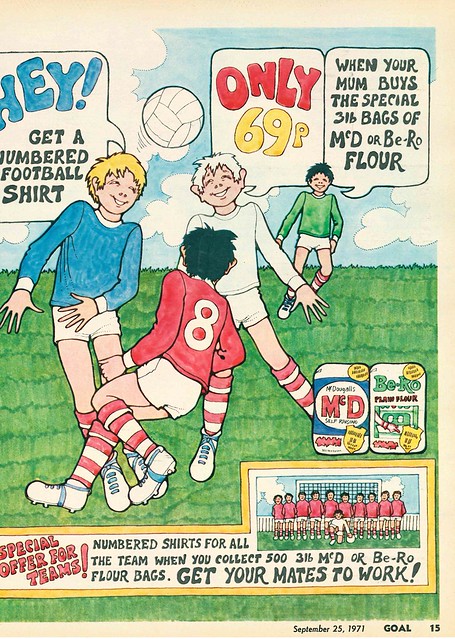 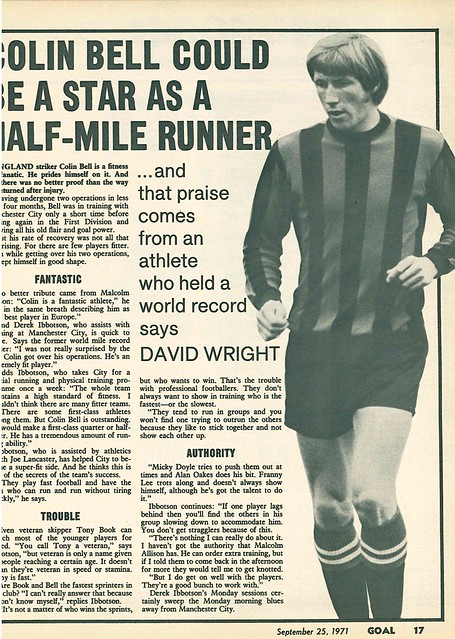 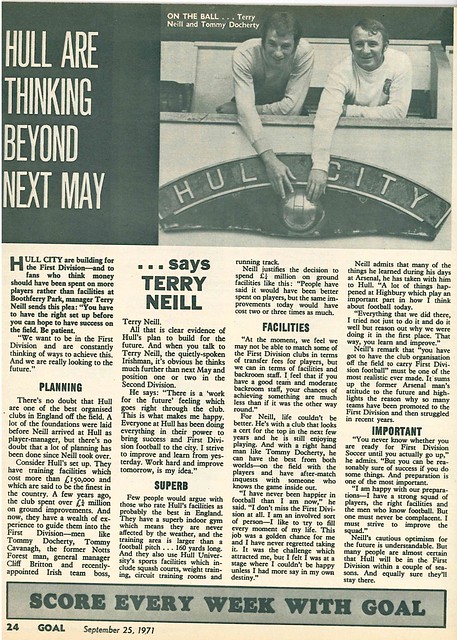 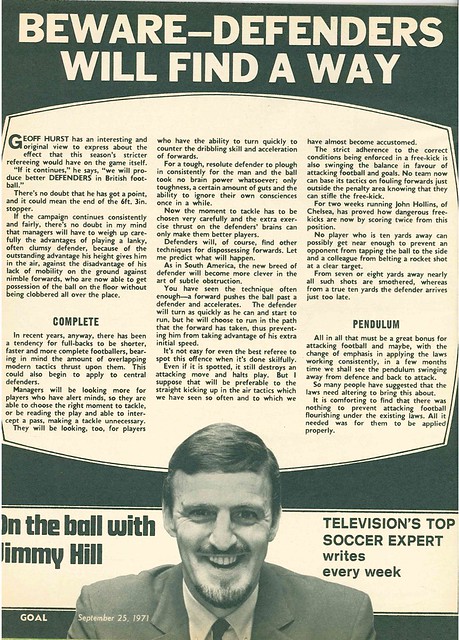 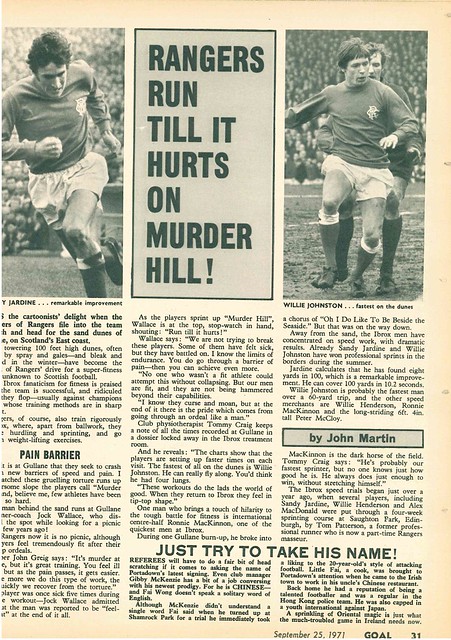 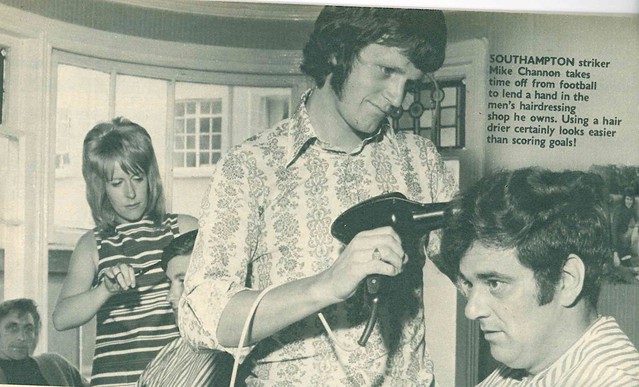 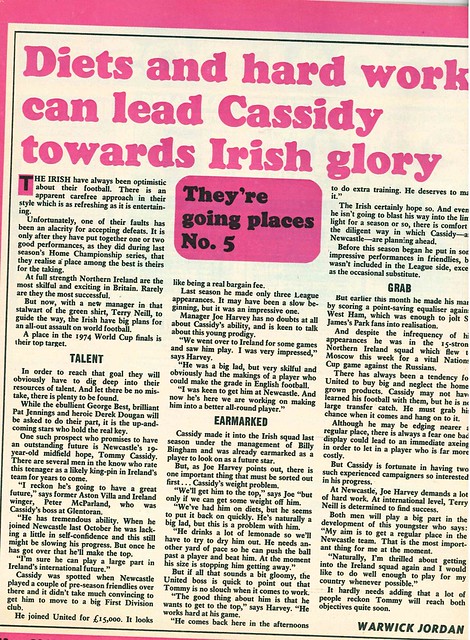