Billed as “England’s hottest striker”, Andy Cole is the cover star of Manchester United’s official magazine, as they face a busy run of games domestically ahead of the return of European football in March.

That European action is a European Cup Quarter-Final against Inter Milan, and they get a profile for fans looking to swot up on their knowledge of the Italian giants.

Cover star Cole gets a four page profile, revealing that he was delighted when it was announced that Dwight Yorke had signed for United.

Another interviewee is Brian Kidd, who is being interviewed having just left the club to become manager at Blackburn.

Brian McClair has also joined him at Blackburn, with Kidd joking that he can start up a new diary. United’s new diarist Jaap Stam comments about how this is the first season in his career without a Winter break.

Naturally, there are reviews of recent matches, this edition looking back at a draw filled December 1998.

The magazine ends with Jesper Blomqvist and Ole Gunnar Solskjaer going head to head in a quiz, which is also a Scandinavian derby. Ole wins by six to five, but didn’t know who the Lead Singer of The Cardigans is. 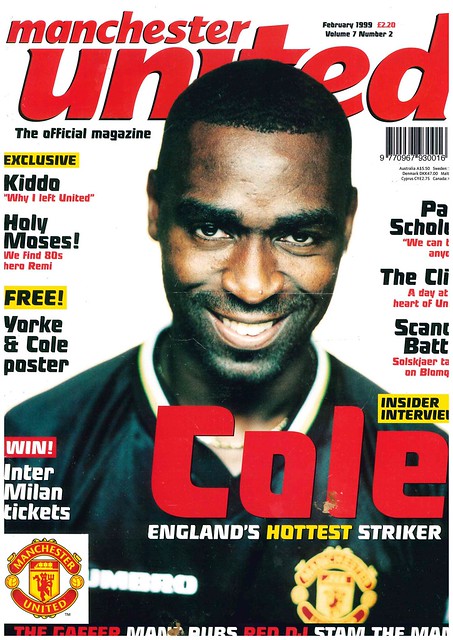 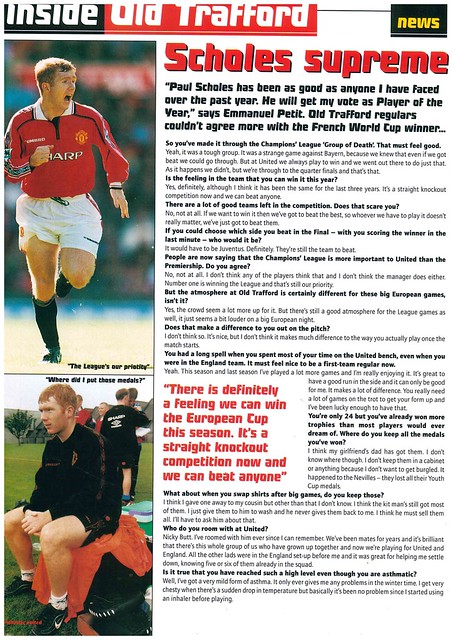 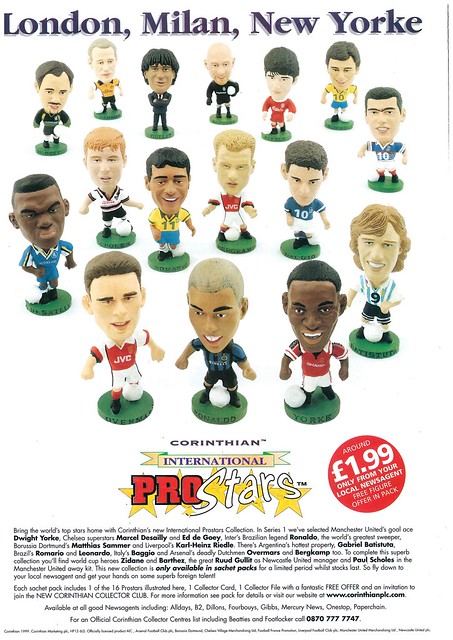 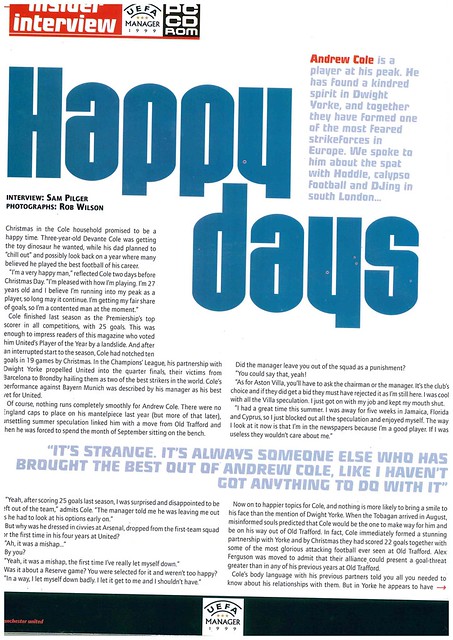 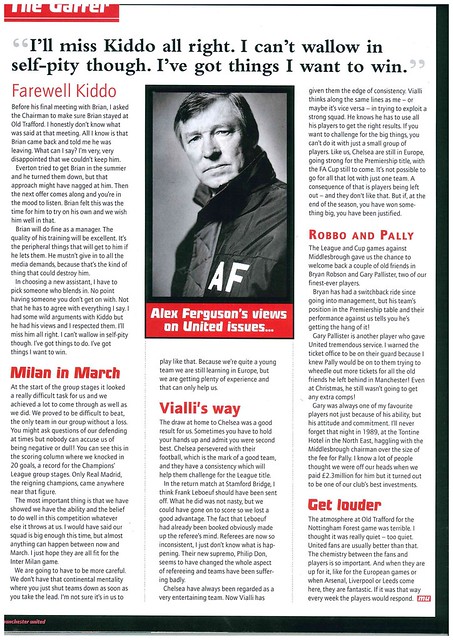 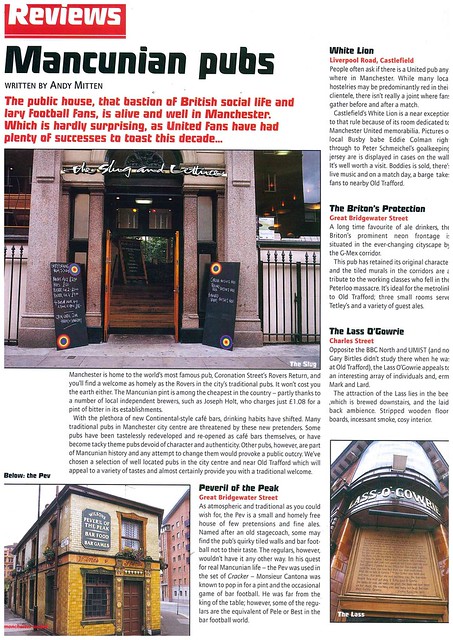 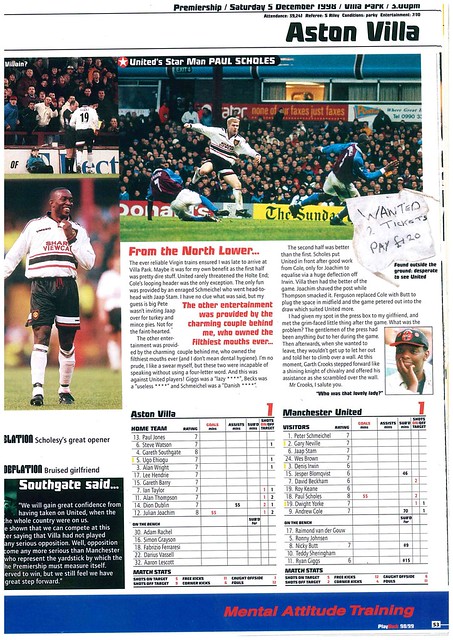 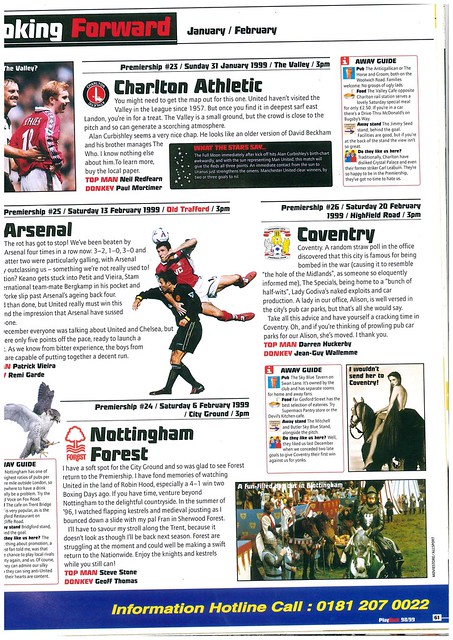 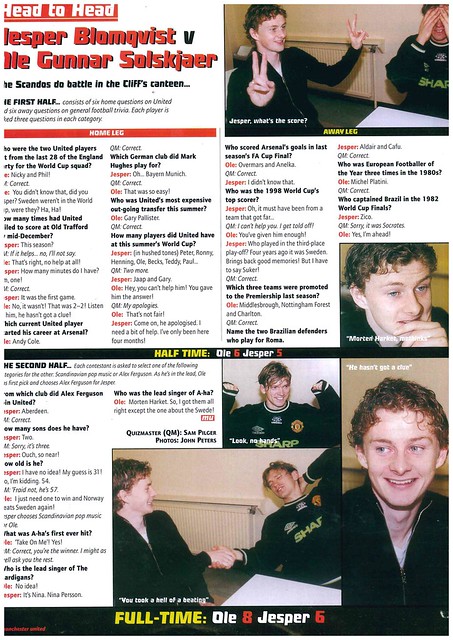