Having signed for Manchester United that summer, Michael Carrick is the cover star of Inside United in the early months of the 2006-2007 season, in his first major interview since joining the club.

Sir Alex Ferguson takes questions from fans, stating that he believed that of the other clubs, Portsmouth have made the best signings of the summer.

United’s Champions League group gets previewed and there are familiar opponents – Benfica, who put them out of the groups the previous season, and Celtic, who they had already met in an end of season friendly and pre-season friendly in 2006.

As the new season is just starting, there is a behind the scenes feature on United’s team photo for 2006-2007.

One player looking to feature in 2006-2007 is Alan Smith, and he gives an interview as he looks to recover from a long term injury suffered earlier in the year.

There is a look at transfers done by United, Thomas Kuszczak has come in, and various players have went out on loan such as Phil Bardsley and Gerard Pique.

Brian McClair’s column focuses on United’s pre-season, where he bumped into fans on the Metro in Amsterdam.

Carrick’s interview gets four pages, where he states he has signed for United to win things.

There is four pages of coverage, mostly photos, of the pre-season tour to South Africa.

One of United’s other teams gets featured, their Masters Team, as they play a Veterans Tournament against other North-West sides.

United’s opponents in October get previewed.

The magazine ends with XFM DJ Paul Tomkinson talking about his love of United. 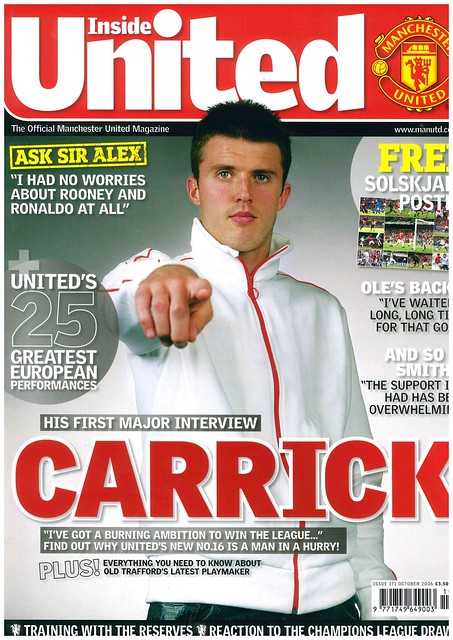 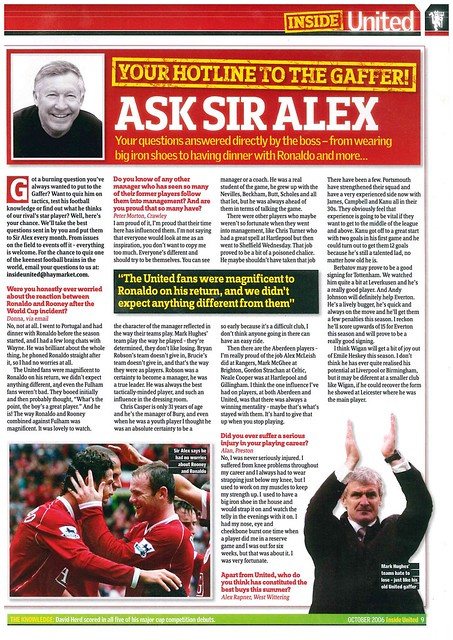 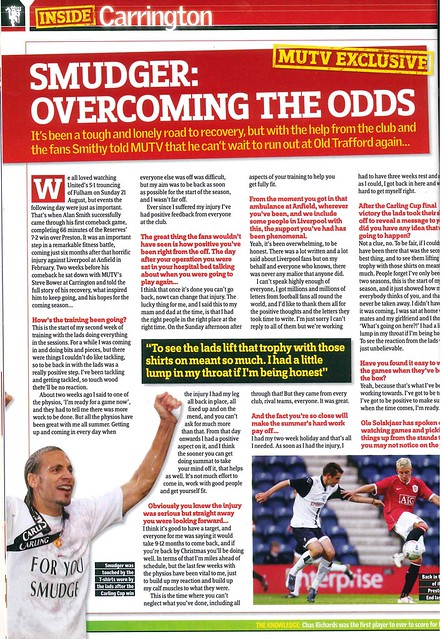 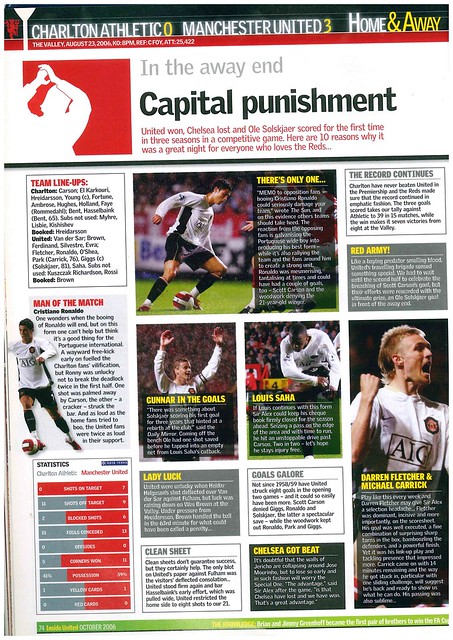 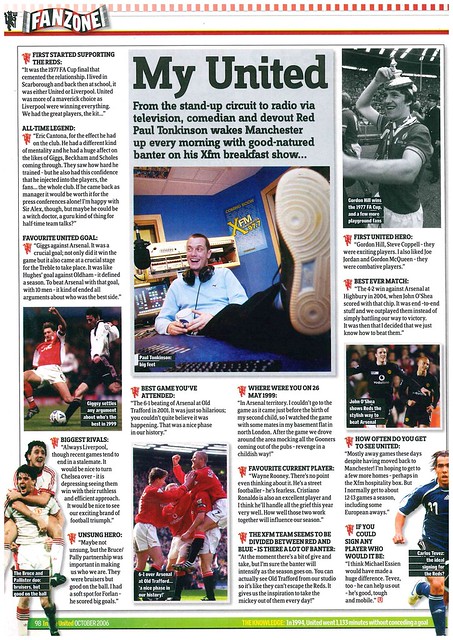