David Beckham is the cover star of Manchester United’s official magazine as the Winter of 1999 has arrived.

Talking of Beckham, the magazine reveals, exclusively, that David Beckham will be crowned European Football Of The Year this year.

With United due to play Palmieras in the World Club Cup, Nobby Stiles looks back at his experiences of playing in it for United, a two legged home and away competition in them days.

United have made three new signings since the last magazine – Mikael Silvestre, Massimo Taibi and Quinton Fortune, and they are all profiled in a nine page special pull-out.

There is a look back at recent matches, where United made progress in their European Cup group, but dropped points domestically and fell off the top of the League, while there is also a look at the TV highlights amongst the programming on MUTV. 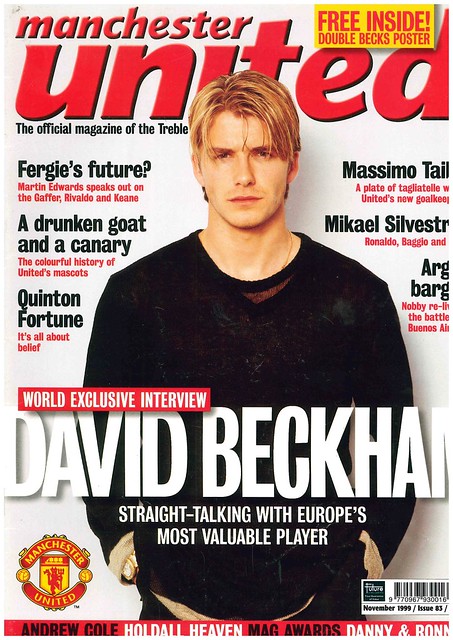 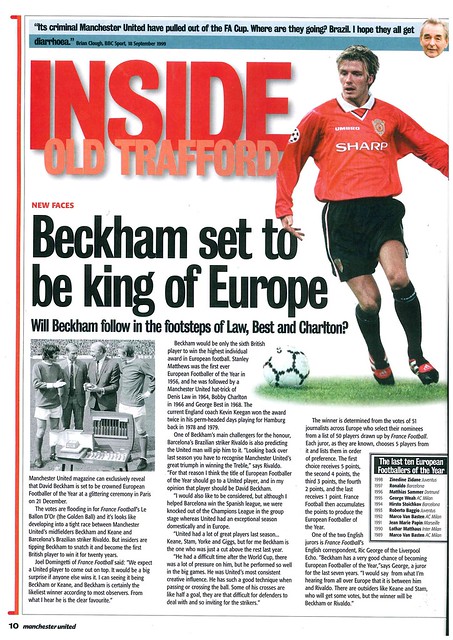 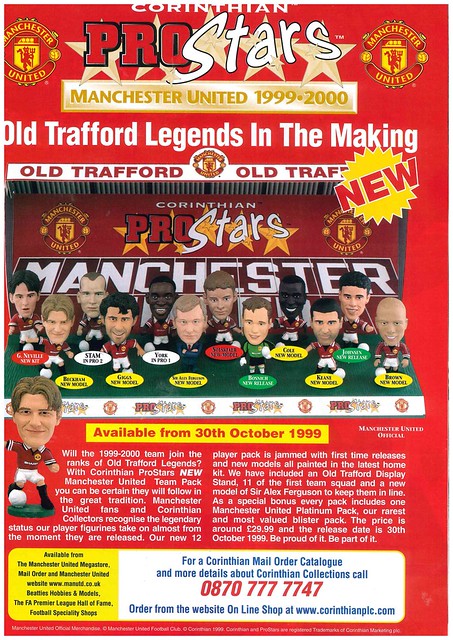 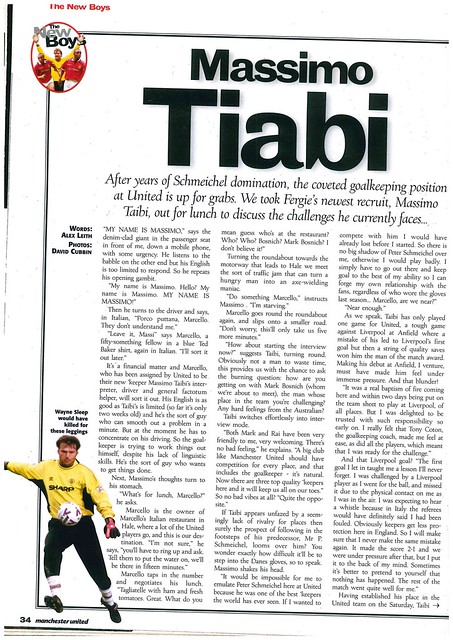 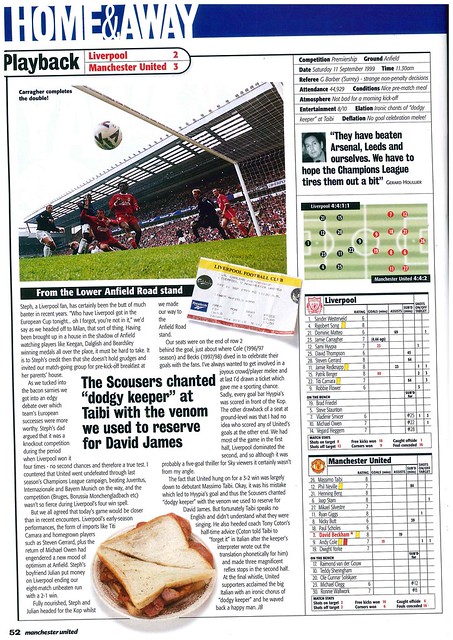