We go back to the end of the 1960s this week, to Charles Buchan’s Football Monthly, which is set to preview the last FA Cup Final of the decade.

There is a four page feature on Leeds United, who are described as “Champions elect”, which turned out to be an accurate description.

There is also an article on the organisation of the FA Cup Final. Manchester City were in the final, having defeated the previous season’s finalists Everton in the Semi-Final.

They would meet either Leicester City or holders West Bromwich Albion. Leicester won that match, meaning both the previous season’s finalists lost in the Semi-Final.

Elsewhere, there is a photo special on Benfica’s exit to Ajax in the Quarter-Finals.

Celebrating silverware was Swindon Town, and their win over Arsenal in the League Cup Final gets a double page profile.

Dunfermline Athletic get a feature, dubbed “THE PROUD PROVINCIALS” after winning the Scottish Cup and then reachign the Semi-Finals of the European Cup Winners Cup, and have ambitions to go even higher.

Dunfermline’s replacement as Scottish Cup winners will be Rangers or Celtic, who meet in the final, which gets previewed.

Hungarian referee Istvan Zsolt gets interviewed, where he reveals that he is a fan of British football.

There are adverts in this magazine for other publications such as Goal and Melody Maker. 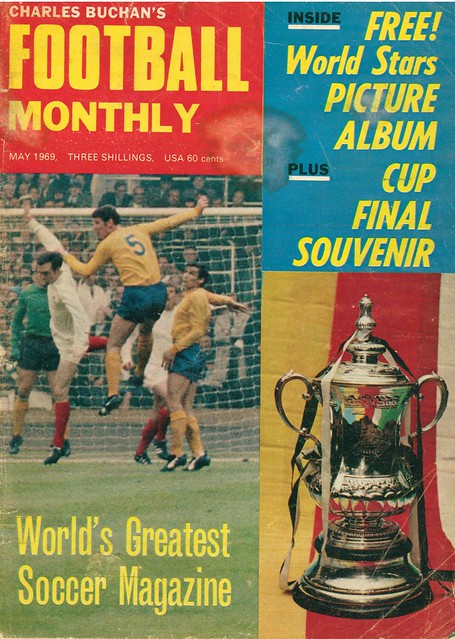 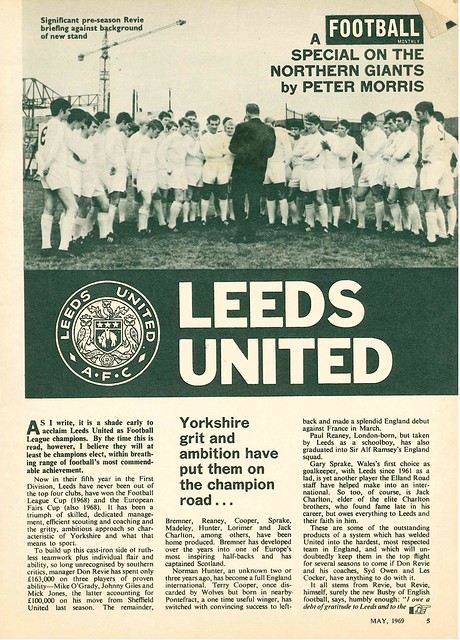 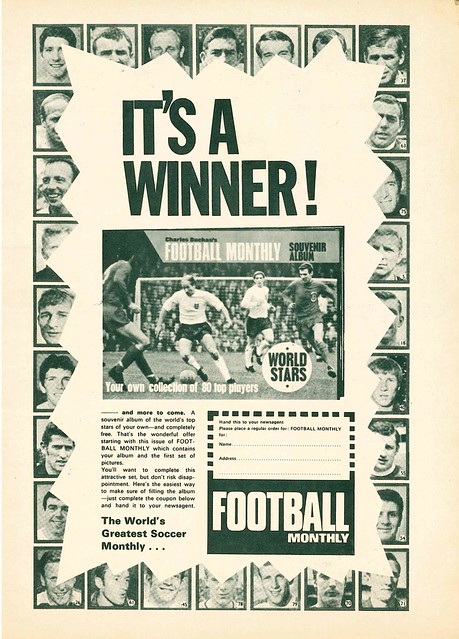 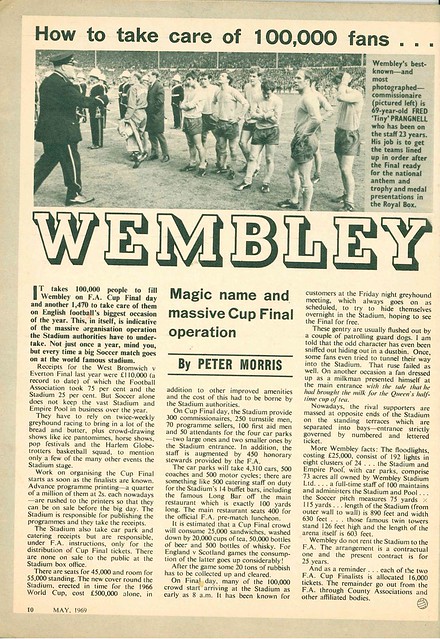 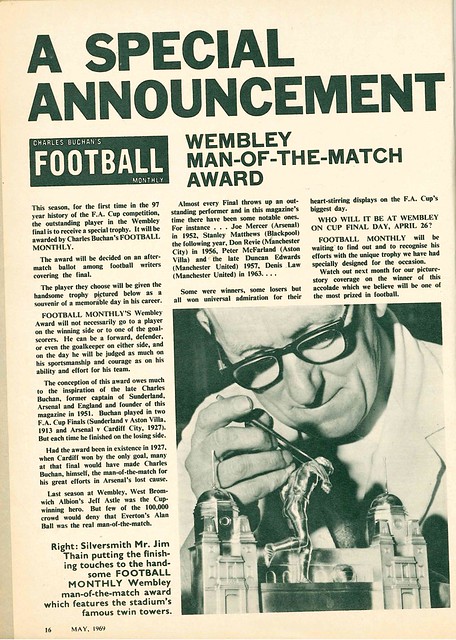 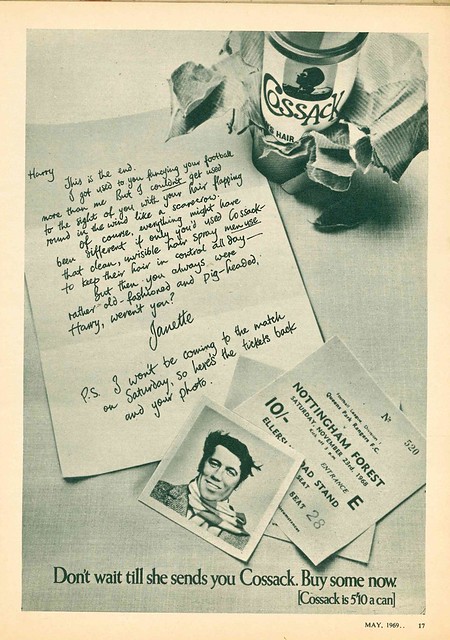 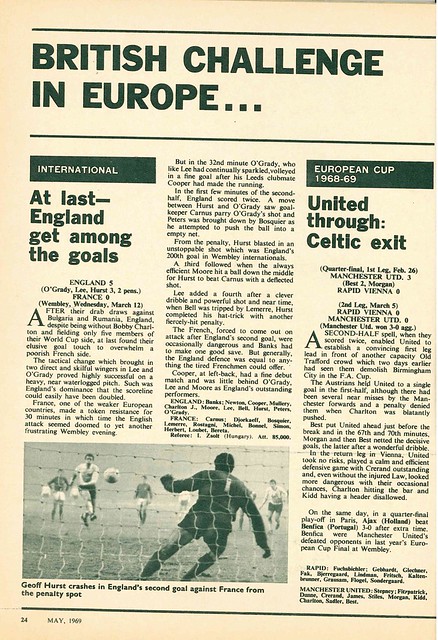 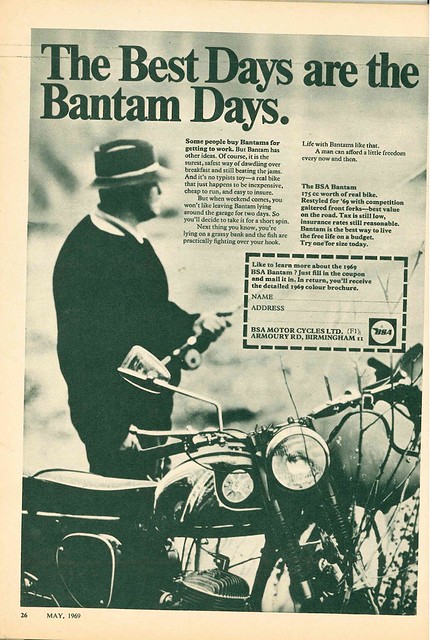 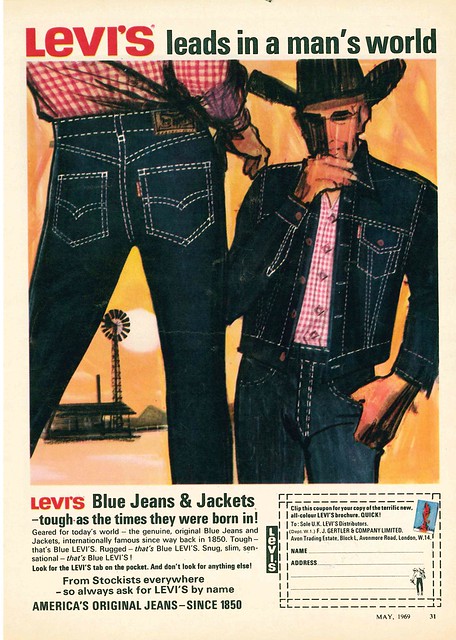 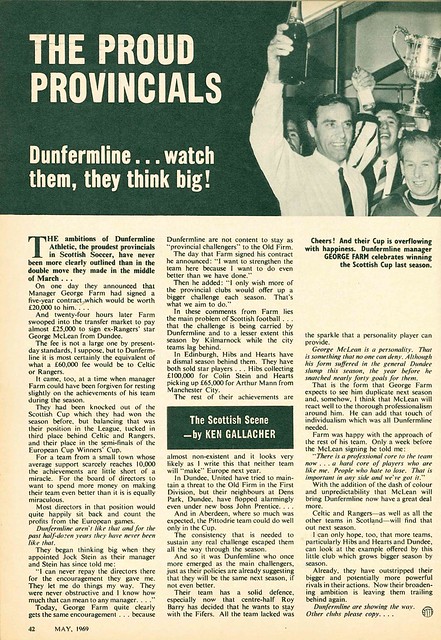 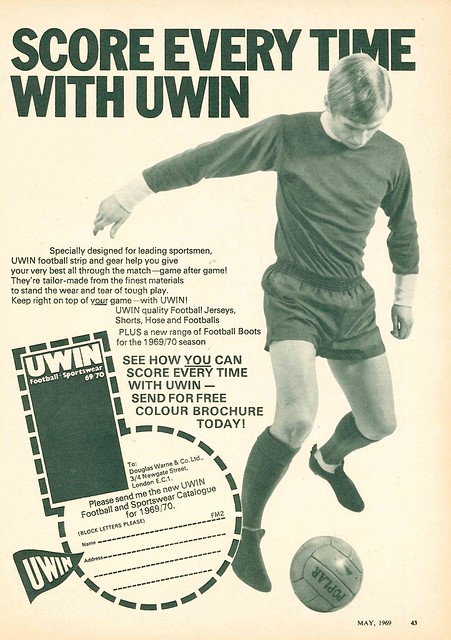 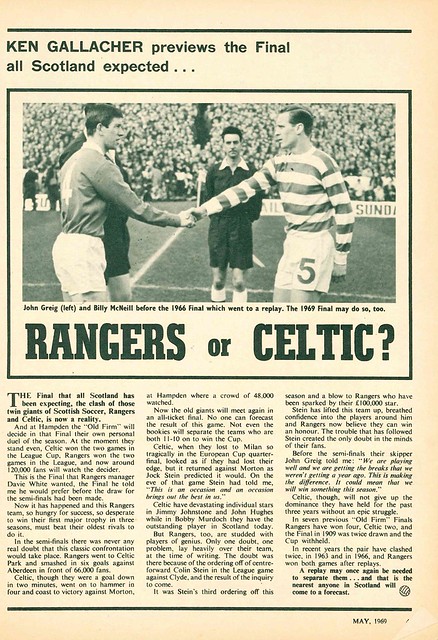 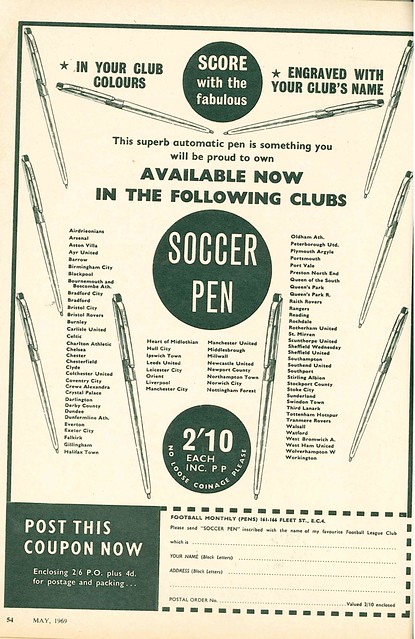 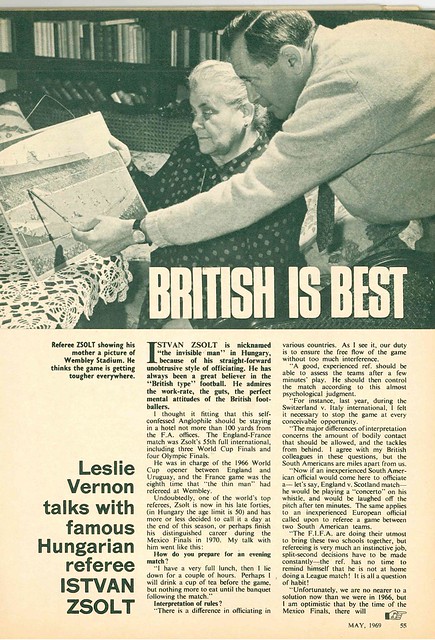 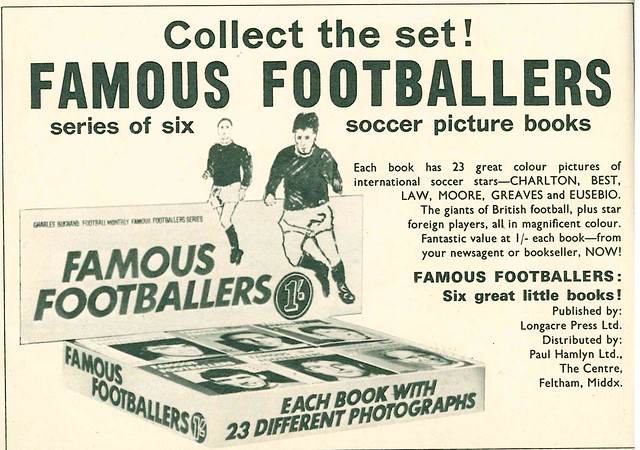 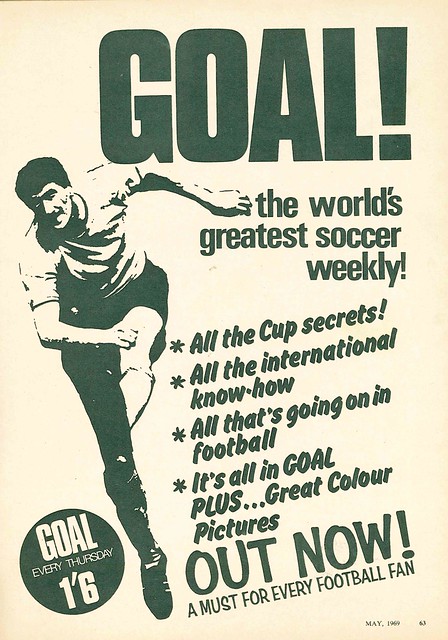