Breakout star of the season, Ole Gunnar Solskjaer is the cover star of Manchester United’s official magazine in a month where United are hoping to win a second successive title.

The magazine reports on organisational problems at United’s away European Cup game against Porto, with a series of questions that the club believe need answered.

The second leg against Porto gets reviewed, with matters on and off the pitch being covered, as well as a preview of the Semi-Final against Borussia Dortmund.

United’s other games in March get reviewed, League matches against Sunderland, Sheffield Wednesday and Everton.

We even get a rare treat in this edition, a Paul Scholes interview.

The magazine ends with a Q and A with Chris Casper. 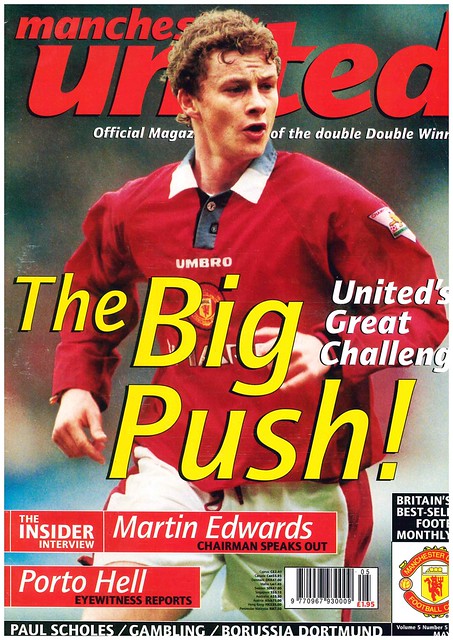 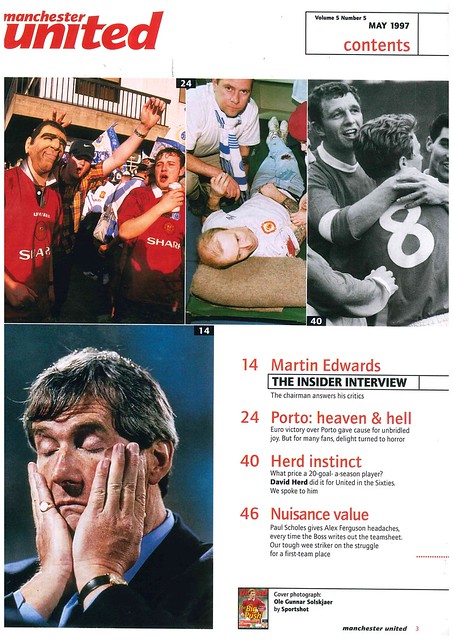 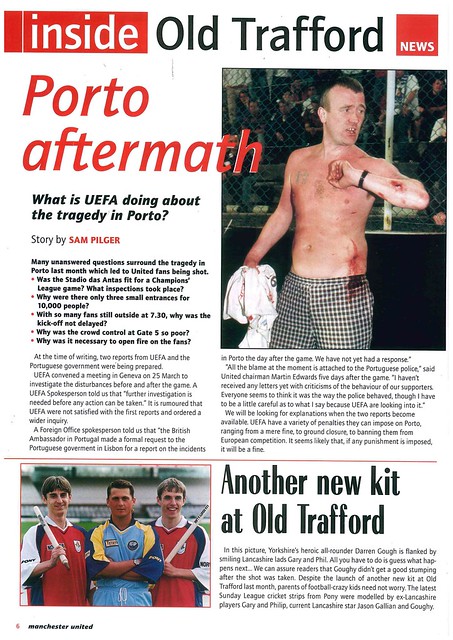 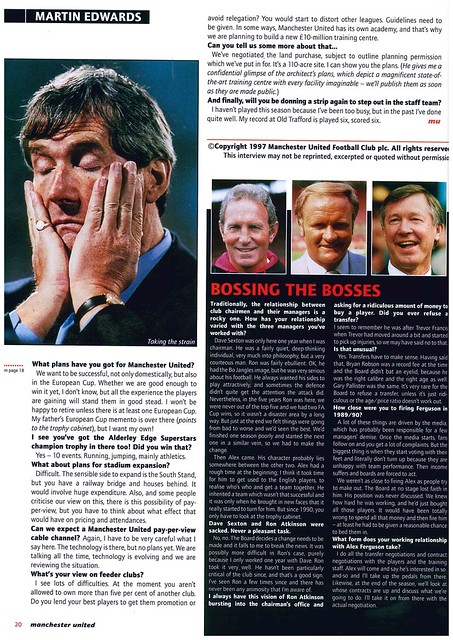 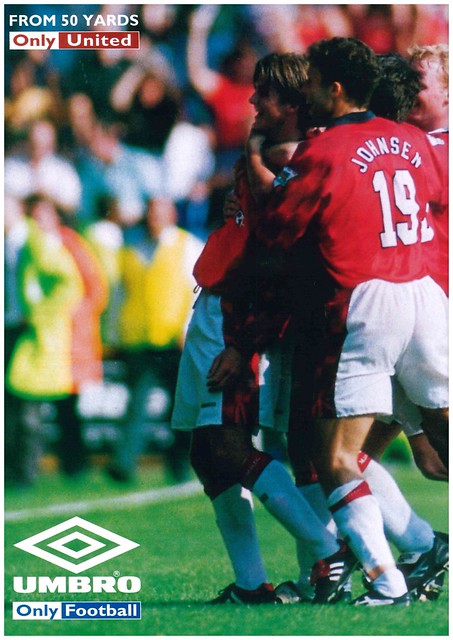 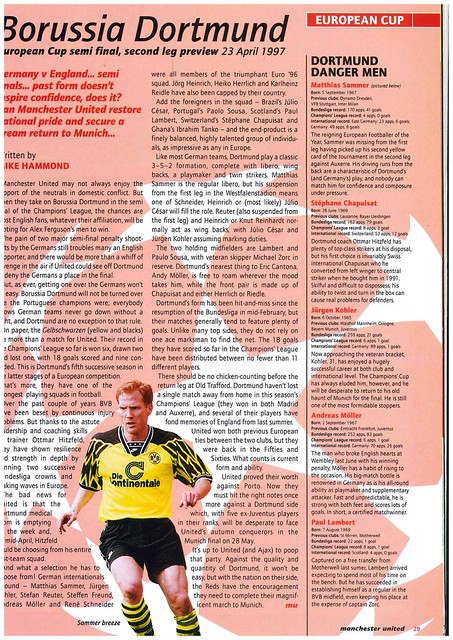 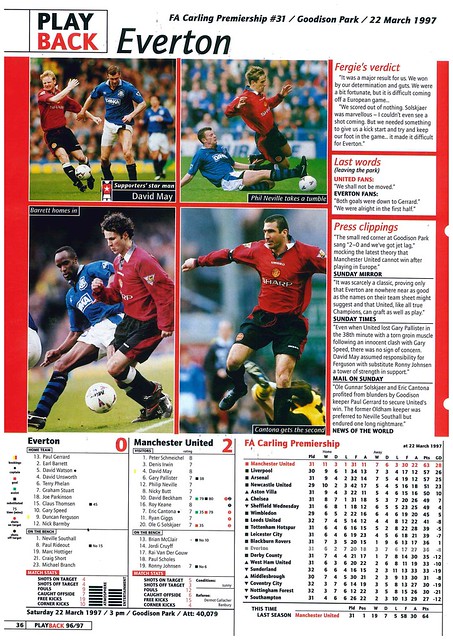