Celtic and Manchester United are on the cover of this week’s edition of Shoot as they prepare to face each other in a mid-season friendly, with the headline “Soccer on trial”.

The headline refers to the fact that it was the first high profile away game by an English club since the previous season’s European Cup Final, which resulted in English clubs being banned from Europe.

As you open the magazine, Danny Wallace fires a message to John Barnes and Chris Waddle that he is after their World Cup place following an impressive England debut in a recent friendly away to Egypt.

The friendly at Parkhead that featured on the cover gets a double page spread, with the game billed as an unofficial British Cup Winners Cup Final, after both teams won their respective national cup competitions in 1985.

Paul McStay of Celtic suggests that a former Rangers player might have a keen interest in this game, as Scotland manager Alex Ferguson might take the opportunity to spy on Jesper Olsen of United, with Denmark being a group opponent of Scotland in the forthcoming World Cup.

In ads, you can buy The Official FA Cup Game for just £7.75 on Spectrum, Commodore or Armstrad.

Talking of adverts, England’s squad has agreed a sponsorship deal with the Health Education Council to front an anti-smoking campaign.

Bryan Robson uses his column to praise Peter Beardsley, who recently made his international debut during that recent friendly in Egypt.

Northern Ireland are also in international action, with an away friendly against France, with the game getting a double page feature, with John McClelland being interviewed.

Shoot looks at the options for Scotland’s squad, and they urge Alex Ferguson to find a place for Pat Nevin in the 22.

Phil Thompson is interviewed, where he states that if he could lead Sheffield United into the top flight, it would be as big a thrill as all the trophies he won with Liverpool.

Jimmy Greaves awards his Wally Of The Week Award to Nick Gregory from Banbury, who states that Oxford United are the best team in England.

In Spain, Terry Venables is eyeing up a move to Tottenham Hotspur, but he could be replaced at Barcelona by another British manager, John Toshack of Real Sociedad.

Andy King is interviewed where he expresses his frustration at not getting much action at Luton Town.

Jack Charlton, newly appointed Republic Of Ireland manager, has a big decision to make, as he might have to drop 30 year olds Liam Brady, Frank Stapleton and Tony Grealish.

Charlton has faced some resentment for his appointment due to not being Irish, but also shock that he got the job ahead of Bob Paisley.

Much loved referee Clive Thomas comments on the number of penalties missed in recent years, pointing the finger at his fellow referees for allowing keepers to steal yards.

Craig Levein of Hearts gets a profile as he dreams of a World Cup place, just a few years after almost quitting football to work in an Electronics Factory.

The upcoming Merseyside Derby gets a double page feature, with contributions from Peter Reid and Steve McMahon.

The magazine ends with a profile of Mike Channon. His favourite music is Paul McCartney, Elton John and Rod Stewart. 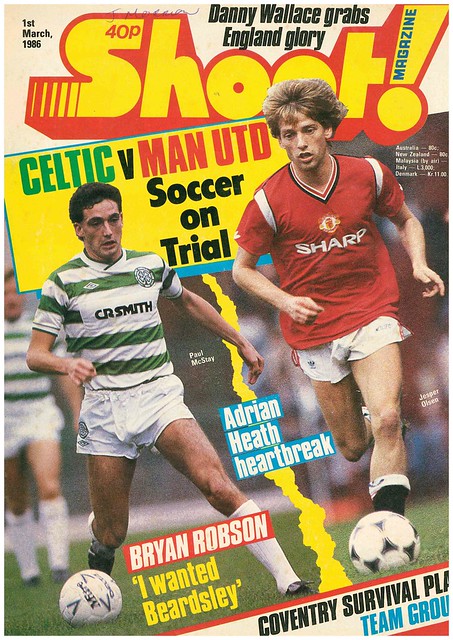 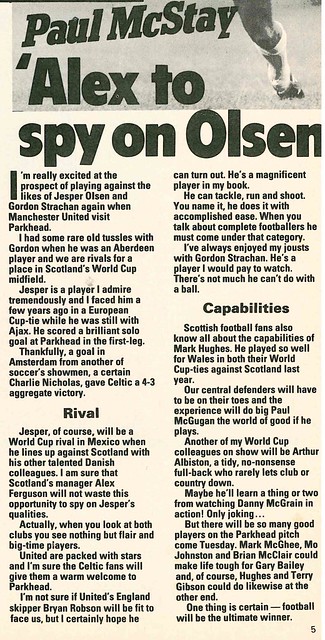 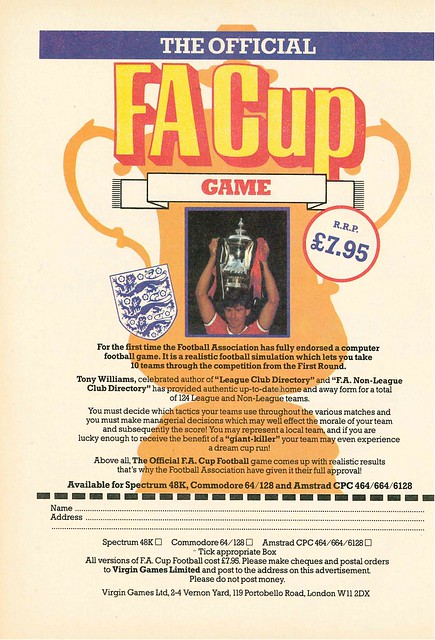 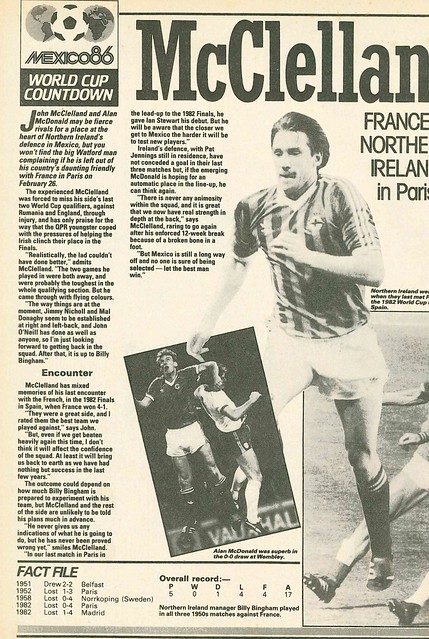 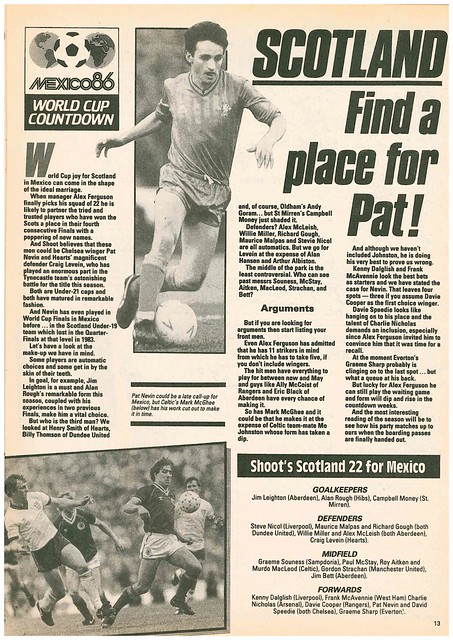 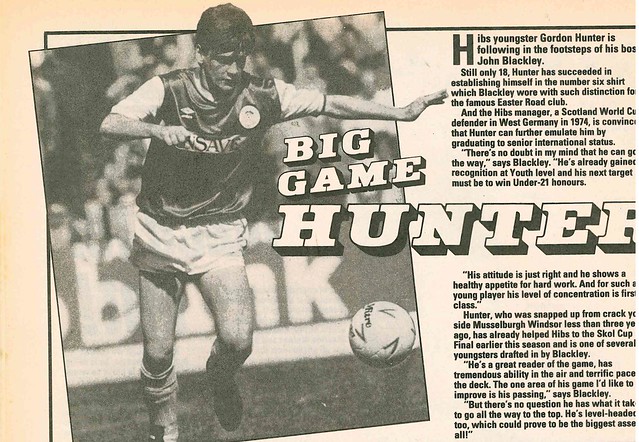 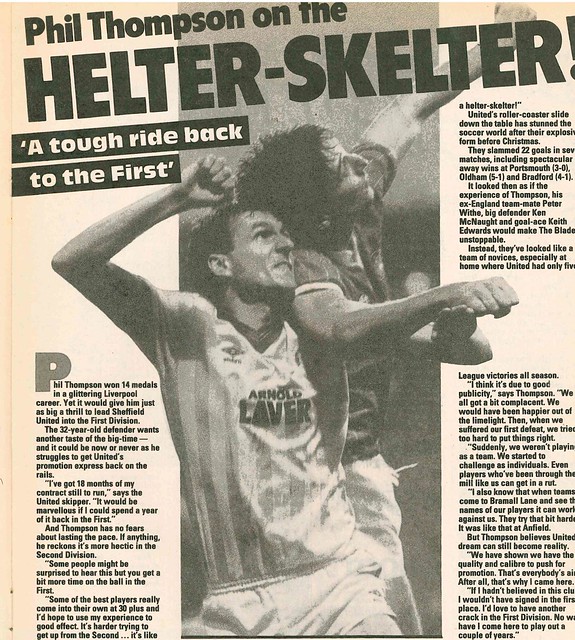 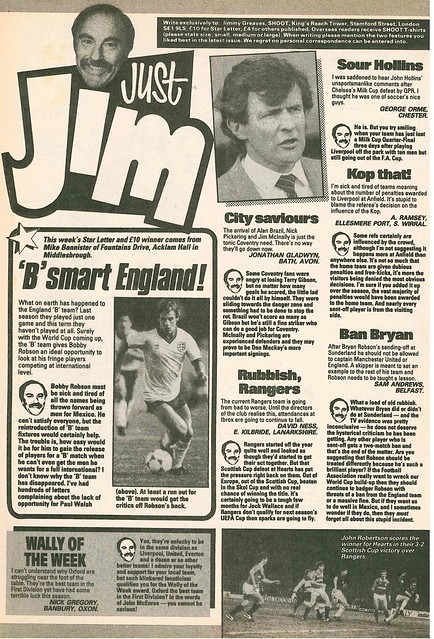 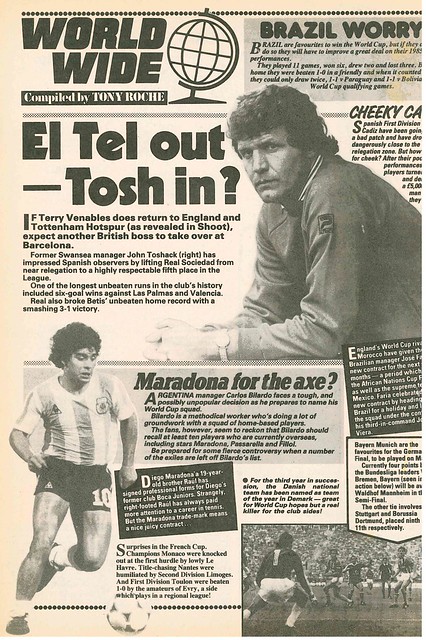 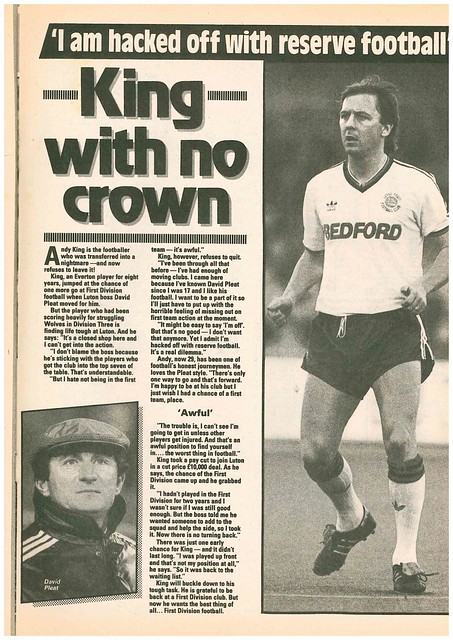 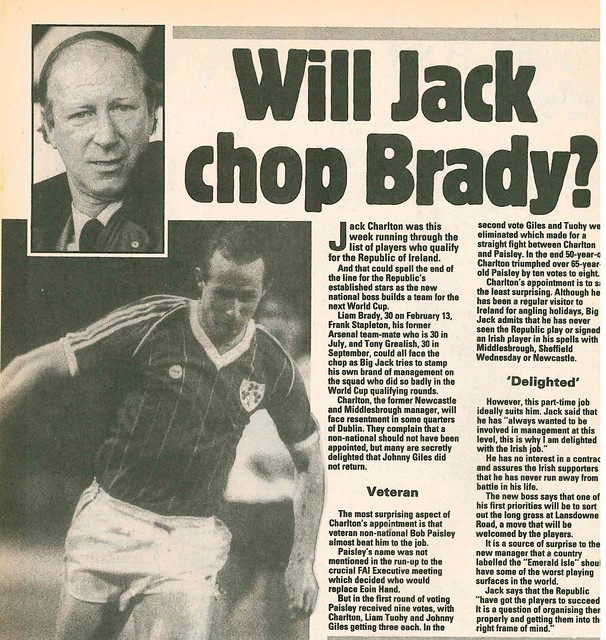 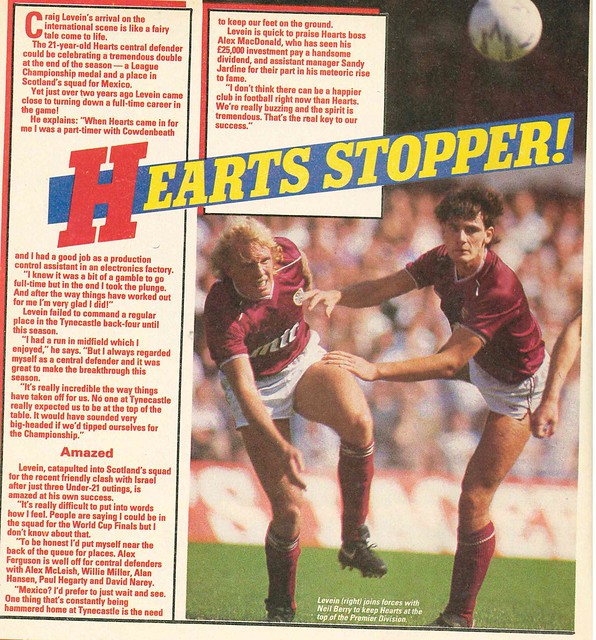 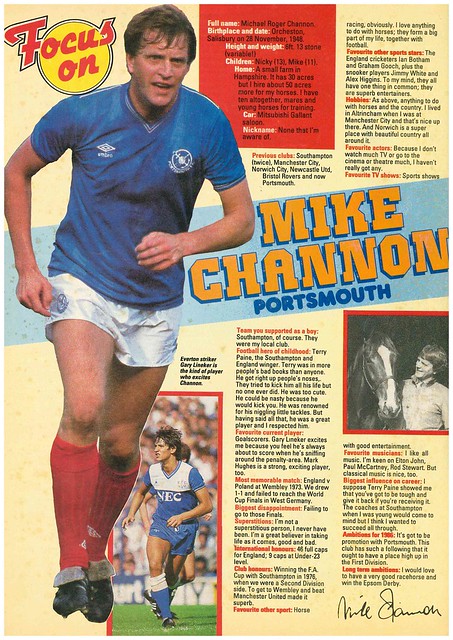