Zinedine Zidane, holding the World Cup aloft, is the cover star of Match, as they review the 1998 World Cup. Printing deadlines must have been tight, as the final took place on July 12th 1998.

Match looks at Ariel Ortega, who had went into the World Cup hyped as “The new Maradona”, emulated him by being sent-off in his first World Cup as Argentina crashed out. Unlike Maradona, he didn’t rectify it four years later.

Readers were treated to a compilation of Kevin Keegan’s finest commentary moments.

Lee Hendrie gets asked who his favourite Spice Girl is. After much hesitation, he plucked for Sporty Spice.

Phil Neville does the taste test, where he gets asked his favourites between two. Unsurprisingly, he picks Spice Girls (David and Victoria would have been very unhappy) over All Saints, and he prefers McDonalds over Burger King.

France’s win over Brazil gets four pages, with most of the focus being on Zinedine Zidane, where he speaks about the key moments of the game, and how he felt at each time.

Ryan Giggs gets asked for his Hits and Misses of France 98, labelling Michael Owen, Christian Vieri and Rivaldo as Hits, and Faustino Asprilla, Raul and Alessandro Del Piero as Misses.

Michael Owen gets a double page interview focusing on his meteoric rise over the past eighteen months, offering advice for aspiring young footballers.

Premier League stars such as Gary Croft, Rob Savage (yes, that’s what it said), Don Hutchinson, Mark Schwarzer and Christian Dailly were asked for their best and worst moments of the World Cup. Christian Dailly, listed his favourite game as England v Romania, when Romania won 2-1 in injury time. 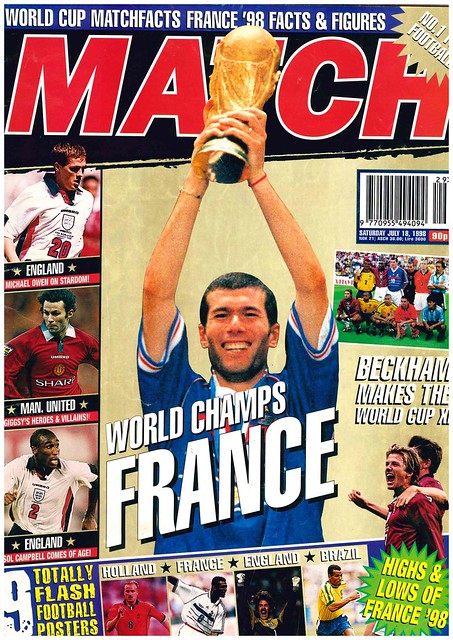 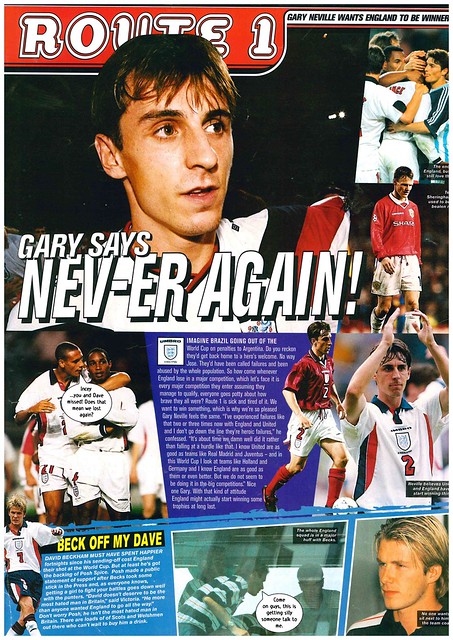 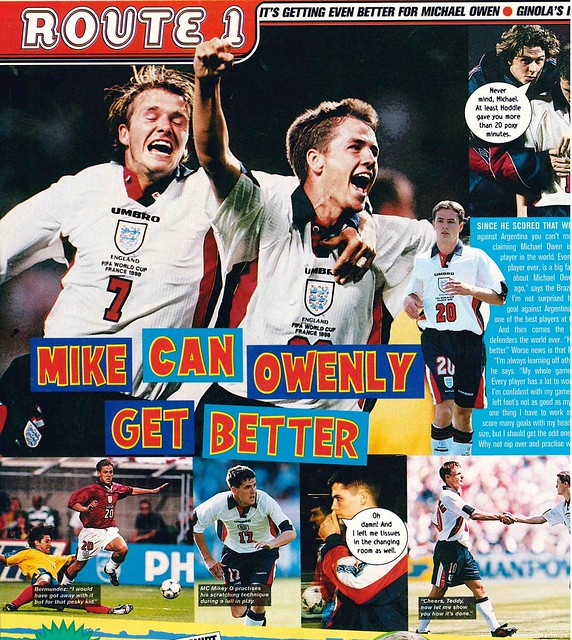 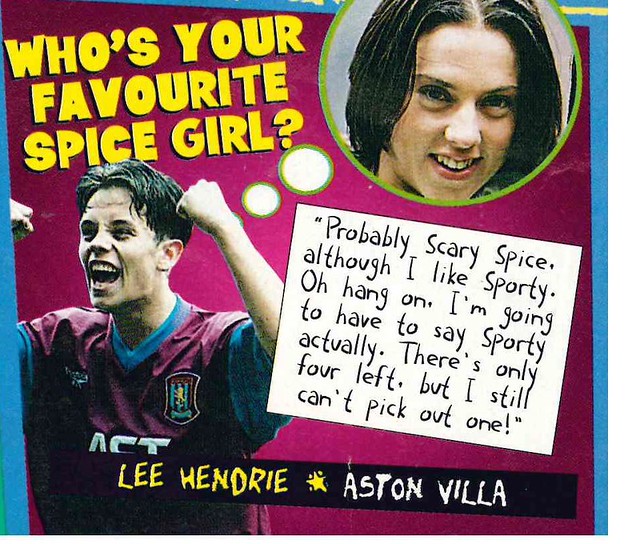 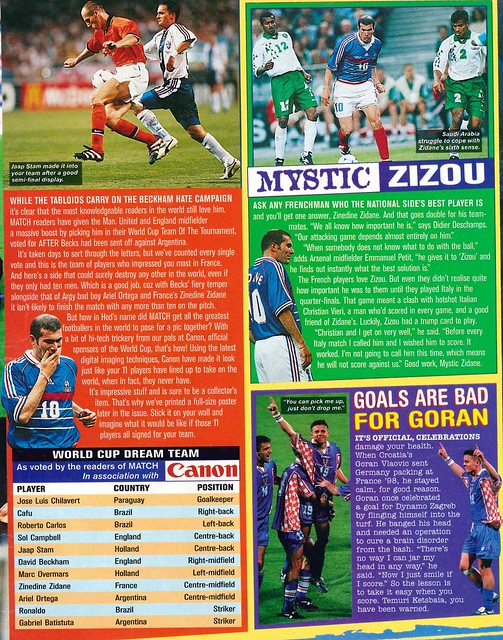 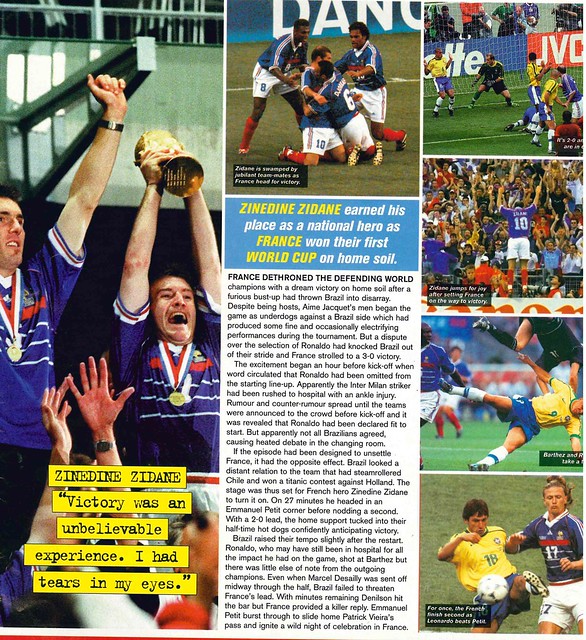 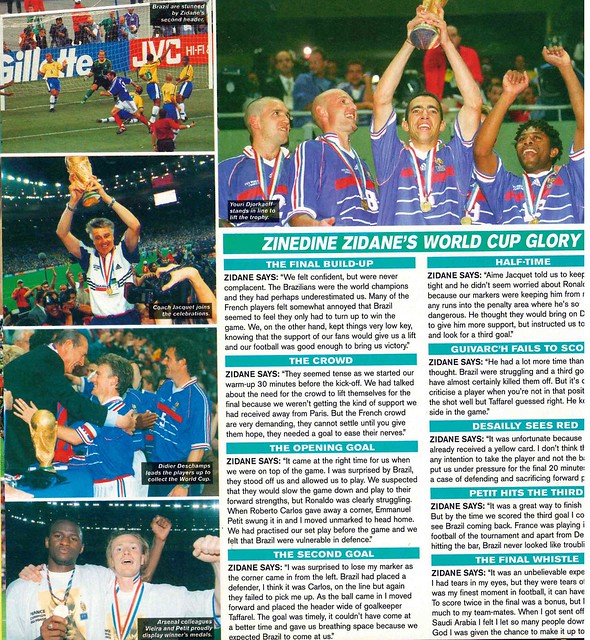 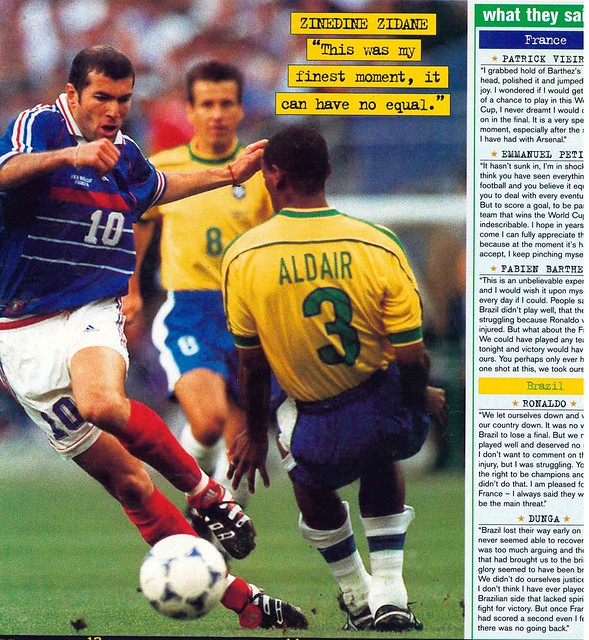 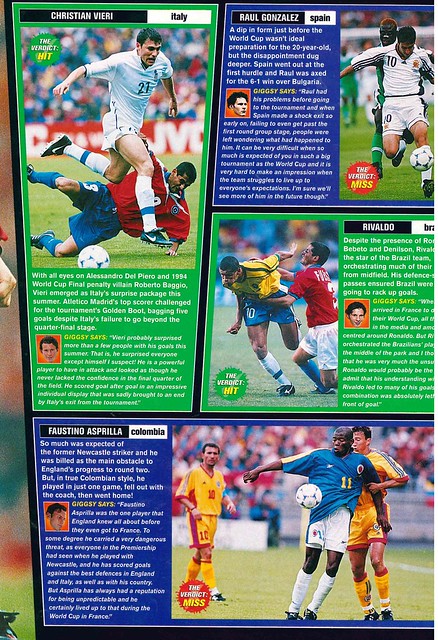 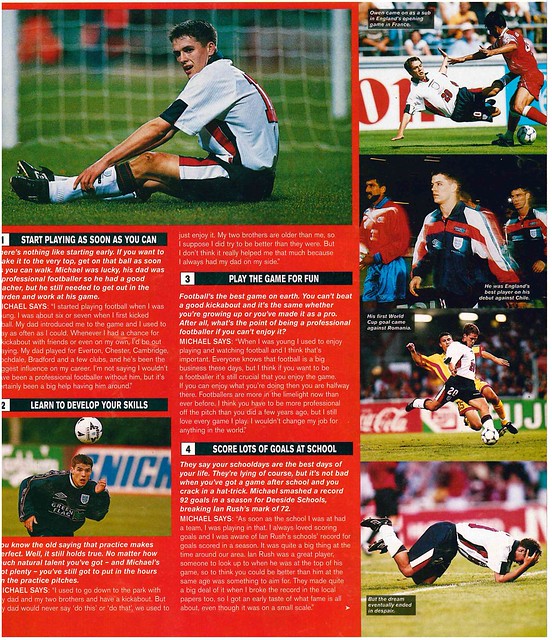 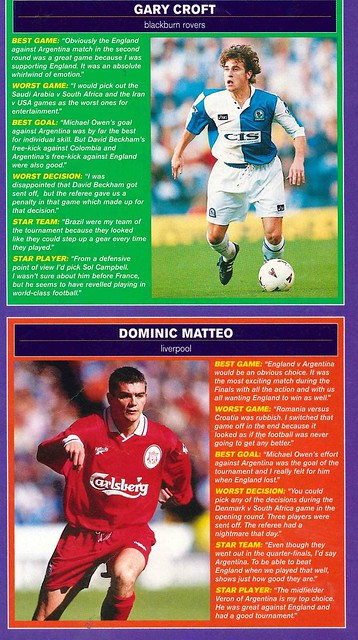 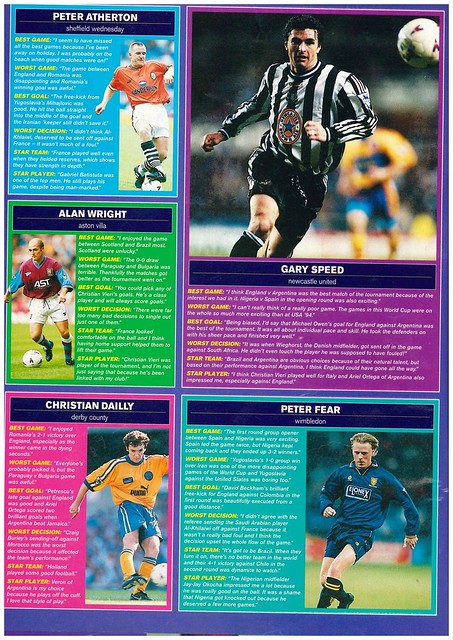 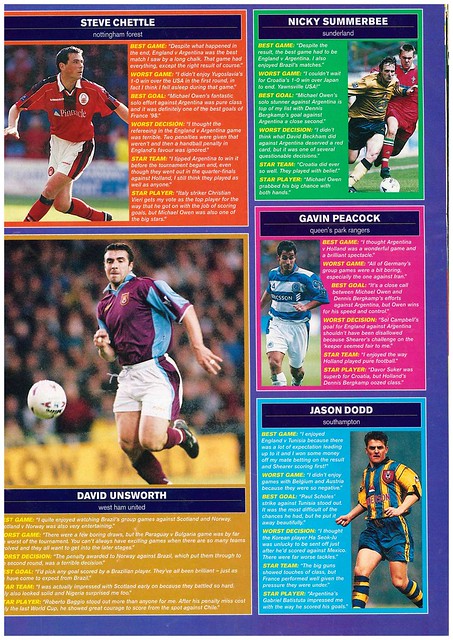 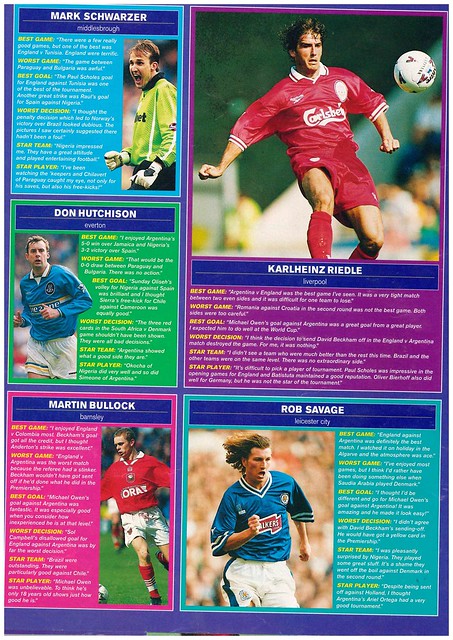 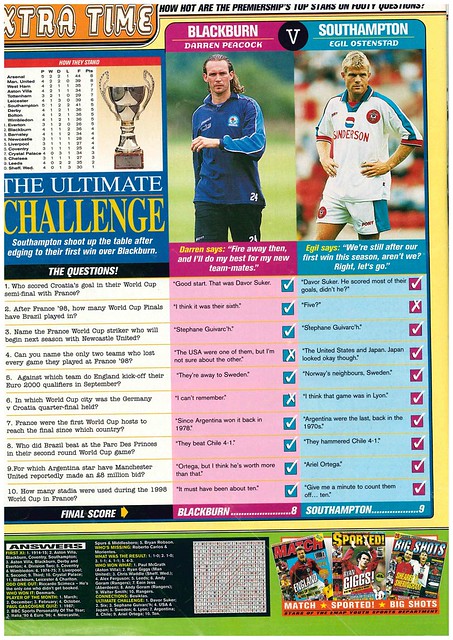