The 1970s are almost over, but the focus is already on the first international tournament of the 1980s, Euro 80 in Italy, as Kevin Keegan, in action for England against Denmark, is the cover star of Shoot, ahead of the return qualifier between the two at Wembley.

England manager Ron Greenwood vows his side will attack Denmark, complimenting the Danes as England’s main rivals for qualification (only the group winners went to Italy), a point echoed by Northern Ireland manager Danny Blanchflower, whose side were also in the group.

Trevor Brooking was also wary of Denmark, stating that “Denmark’s breaks and power shooting a worry”

Newly appointed Denmark manager Sepp Piontek is interviewed for the game, stating that Denmark are aiming to use these qualifiers to boost their ranking for the 1982 World Cup Qualifiers, stating that Kevin Keegan was “World Class”, that he had a lot of knowledge of the England team, especially the two West Germany based players, Kevin Keegan and David Watson.

England won the match 1-0 and qualified for Euro 1980, going out in the group stage, while Denmark finished bottom of their qualifying group.

Denmark would have their revenge four years later when they would qualify for Euro 84 at the expense of England.

England were the only home nation in competitive action as Scotland and Wales had friendlies.

Scotland faced Peru, a side who had beaten them 3-1 in the previous year’s World Cup. Teofilio Cubillas, Peru’s talisman predicts a win for Scotland, as Peru had declined since the previous summer. Cubillas wasn’t able to confirm if he would be appearing at Hampden Park due to commitments with his club Fort Lauderdale Strikers.

Wales were in action in a friendly against Republic Of Ireland at Vetch Field, only the second meeting between the two sides, with Wales buoyed by Robbie James and Peter Nicholas scoring their first international goals that summer. Wales won the game 2-1.

Viv Anderson, now a columnist for Shoot, talks about the secret of Nottingham Forest’s success, having just been crowned European Champions. The secret, was Brian Clough’s man management. We probably knew that anyway.

In ads, there is an advert for a new football magazine called Top Soccer, with the headline “At last! Super NEW mag for young soccer fans” with Kevin Keegan on the cover of the first edition.

There is literally nothing about this magazine online, but i’d presume it was an IPC publication, seeing as it had been given an advertising platform in Shoot.

There was a free pull-out in this edition of Shoot, part of a series called “The Captains”, profiling captains of clubs in England and Scotland.

In letters, Ray Wilkins recent transfer to Manchester United has divided opinion, with Joseph Stanger wishing him good luck at Old Trafford, while David Ash from Catford expresses his disappointment that he didn’t stay to help Chelsea get promoted to Division One, pointing out that Trevor Brooking’s England career hasn’t suffered as a result of playing in the Second Tier.

Gregory Watts from Winkworth wants football matches extended to 120 minutes, while William Cook from Hoylake bemoans the fact that Liverpool have had their shirts sponsored by Hitachi.

Shoot give a double page spread to Rodney March’s retirement and the uncertainty as to where George Best’s next club will be.

Brighton, newly promoted to Division One get a club profile, where club Chairman Mike Bamber is dreaming of European football coming to Sussex.

It took 32 years for Brighton to get a new stadium, in Falmer, after a spell at an athletics stadium in Withdean, and a 2 year exile in Gillingham.

In international news, Shoot catches up with Lawrie Cunningham, recently signed for Real Madrid who face Valencia in their opening game. It was Valencia who face West Bromwich Albion in Europe the previous season , where Cunningham caught the eye of Real Madrid.

Meanwhile in Brazil, Garrincha has recently had a spell in hospital with health problems.

In Hertfordshire, Graham Taylor is trying to manage expectations of Watford, newly promoted to Division Two, after successive promotions, and the presence of a pop star chairman, in the shape of Elton John.

Panini took out an advert to announce that Football 1980 stickers would be given away by Shoot in January.

Danny McGrain writes that Celtic are going into the unknown ahead of their European Cup tie against Tirana. McGrain also argues that managers should have a transfer fee, following a rejected approach by Athletic Bilbao for Ipswich manager Bobby Robson.

On the back cover, was a team photo of Burnley. 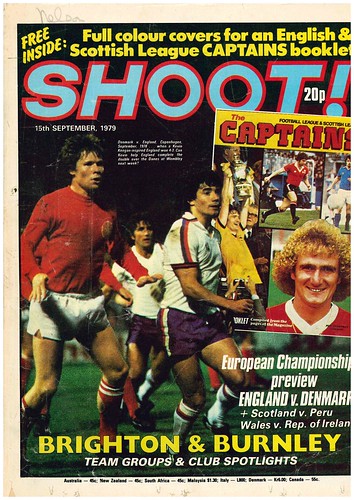 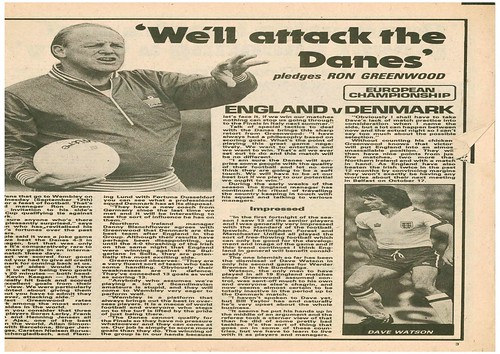 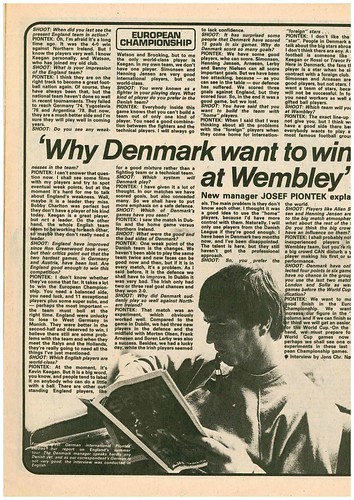 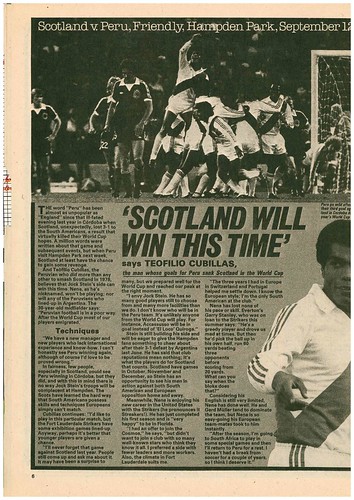 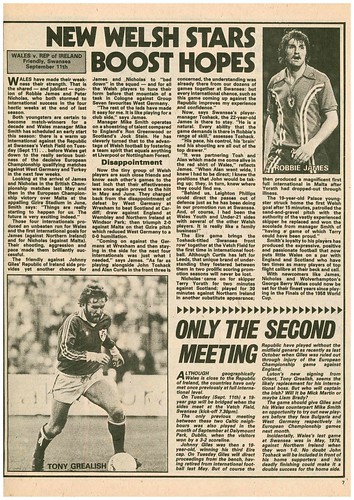 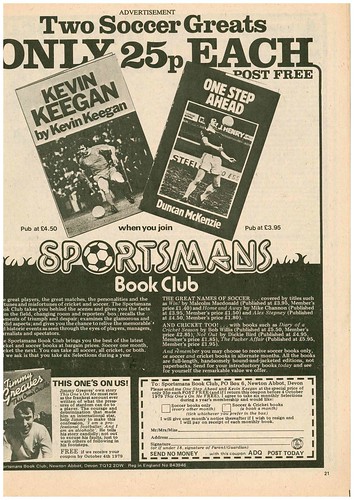 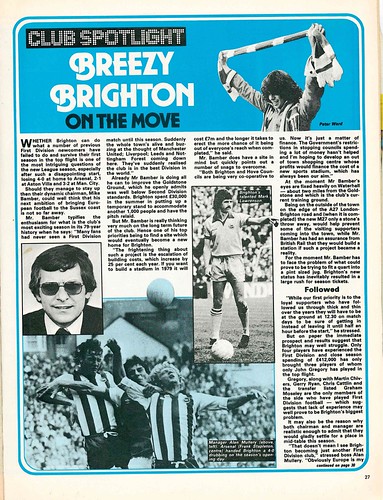 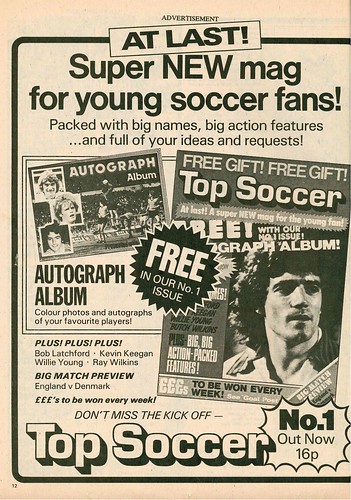 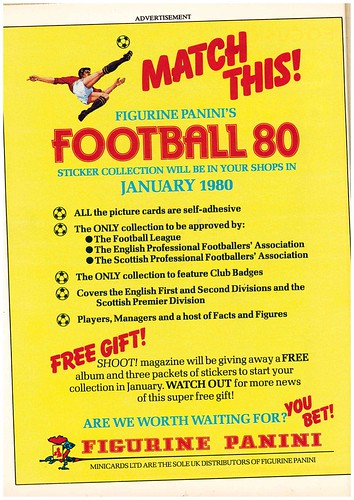 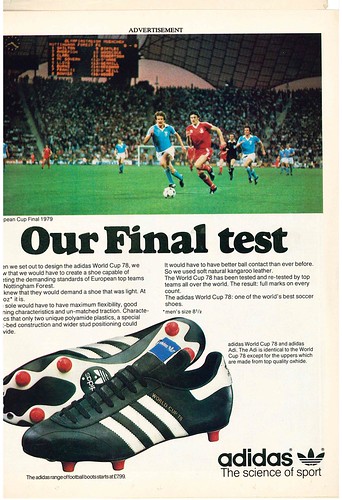 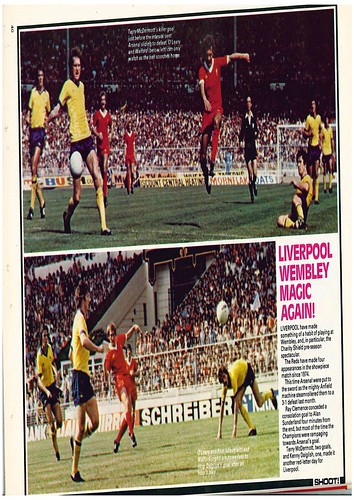 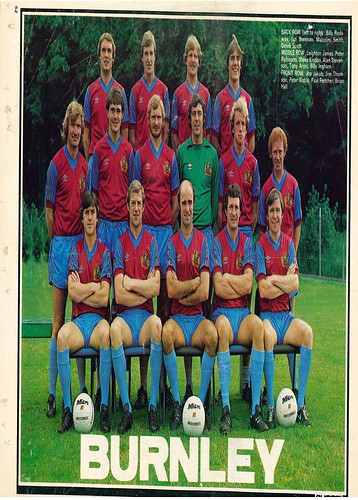