Badly Drawn Boy arrived in Belfast as part of Out To Lunch Festival. Although, this wasn’t a lunchtime engagement, taking place in the evening, as most concerts do.

It was an evening that was very cold. Hat and coat weather in fact. I got very comfortable with the headgear, it looked liked I was cosplaying as Badly Drawn Boy, but it was basically just practicality. I can see why him and The Edge always wear a hat.

Support came from Duke Special, which was a pleasant surprise as it wasn’t on the original announcement for the concert.

When speaking to the crowd, Mr Drawn Boy spoke glowingly of Duke Special.

I got into Badly Drawn Boy back in 2000, with the release of his album The Hour Of Bewilderbeast, and the singles Pissing In The Wind, Disillusion and Once Around The Block.

That interest continued over the coming years with singles such as Silent Sigh, Something To Talk About, All Possibilities and You Were Right.

As a result of that early interest, I was straight to get a ticket when this was announced.

Our paths did cross previously, as he was doing a concert in Waterford when I was there in November 2018, but I wasn’t able to get a ticket for it.

Notoriously grumpy, you never know what you are going to get with him.

The previous time I saw him in Belfast, at Mandela Hall in 2007, he stormed off halfway through his set. He returned a few minutes later and finished his set, the second half being a lot better than the first.

To use a football analogy, it’s like being 3-0 down at half-time and coming back to win 4-3.

Looking up his previous appearances in Belfast online, it appears this would be the third time I will have seen him.

Seemingly, he was one of the support acts for Primal Scream when I saw them perform in a tent in the very first first Tennent’s Vital in 2002. I genuinely can’t remember seeing him at all, but seemingly it happened.

There was one thing that we would be sure of, that it would just be him on stage, solo with no backing band.

He was loaded with the cold, and his cure was unconventional, a bottle of J2O. It seemed to work, having said that he sounded horrible in the soundcheck.

Inbetween the songs, he gave us stories about them, or just stories in general.

Stories included swearing at Movie Executives through an intercom, being excited at one of his songs being featured in Gossip Girl, even though he doesn’t watch it, his excitement at meeting Bobby Ball, Caroline Aherne and George Best (not at the same time), his meeting with Best, at a TV show in Belfast, saw him getting a lend of George’s private jet.

One downside was that the place was full of Banter Bores. You know the sort, shout out random shit thinking they’re funny, act as if they’re best mates with the performer. We’re not here to listen to you, and never forget that.

There’s a high possibility that they probably share and retweet posts by LAD. Definite Jeans and Sheux behaviour.

Why can’t we just be a normal city with normal people?

We got a lot of hits, so there wasn’t much to complain about apart from the Banter Bores, even getting some covers such as Sexual Healing and I Wanna Be Adored.

Up next, is Ash doing an instore gig at HMV in mid February.

Remember when I was complaining that Linfield’s trip to Ballymena not being moved to Saturday afternoon? Scrap that, the Friday night game suits me now.

After that, a busy March with two trips to The Limelight to see Blossoms and The Lightning Seeds.

1. Post Malone – Circles
2. Wallis Bird – That’s What Life Is For
3. Harry Styles – Adore You
4. The Lightning Seeds – Sense
5. Badly Drawn Boy – Something To Talk About 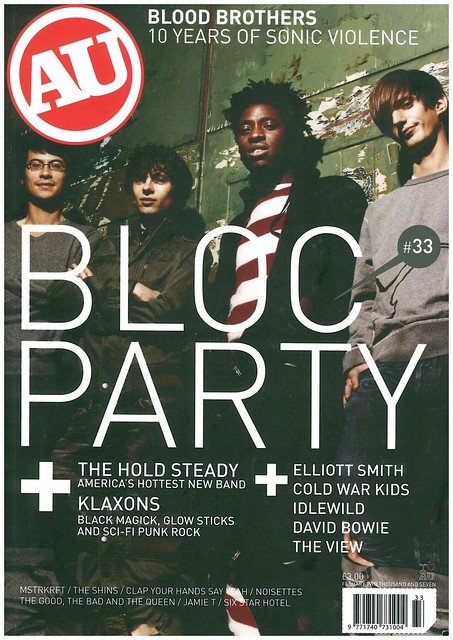 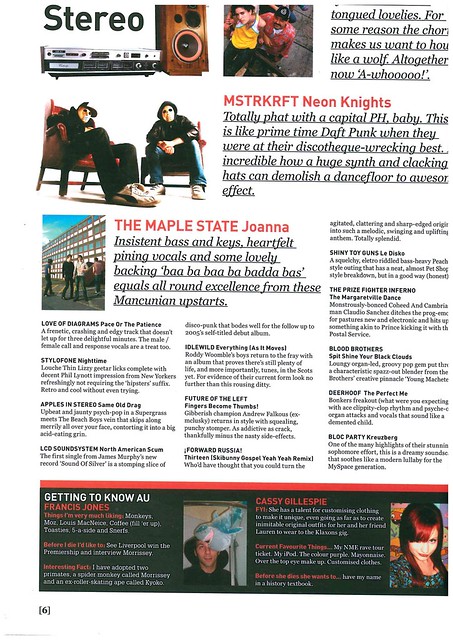 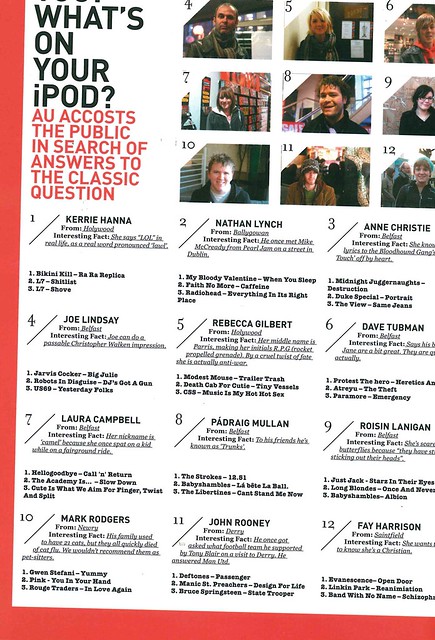 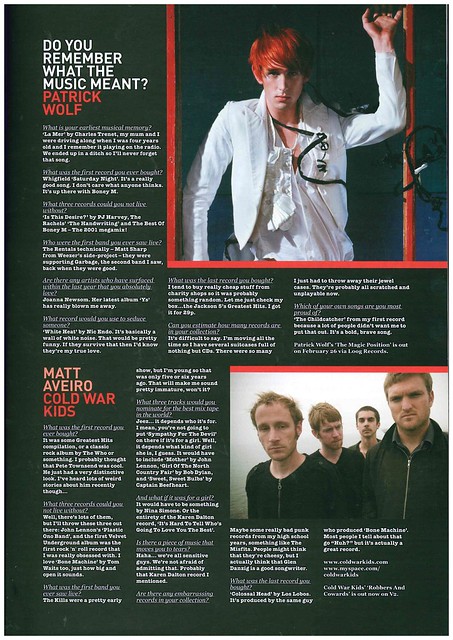 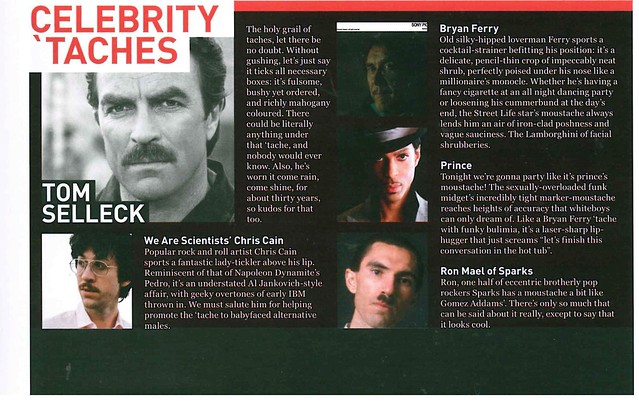 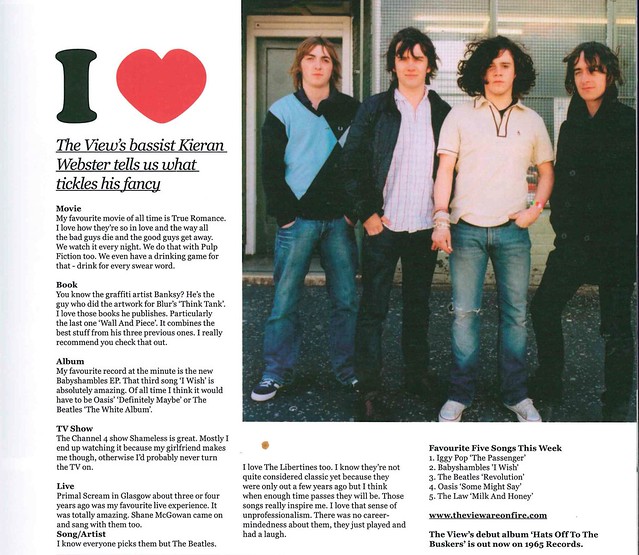 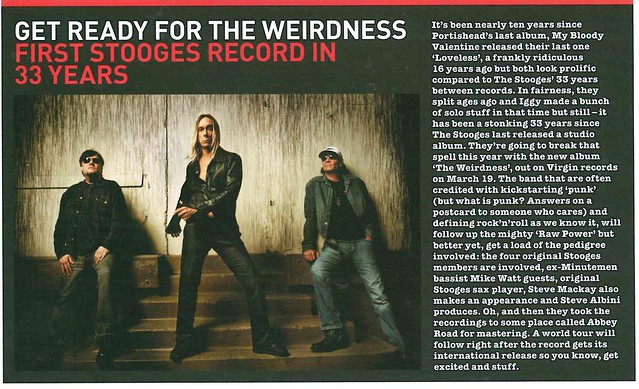 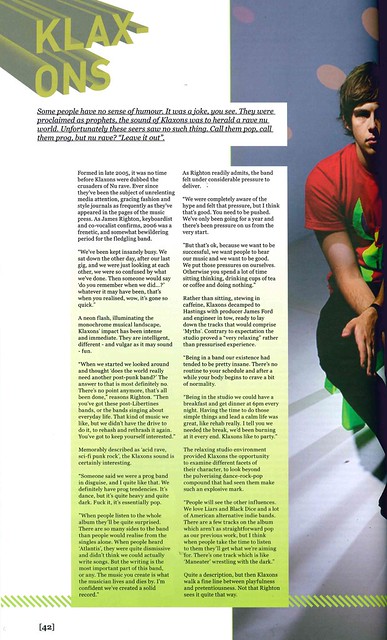 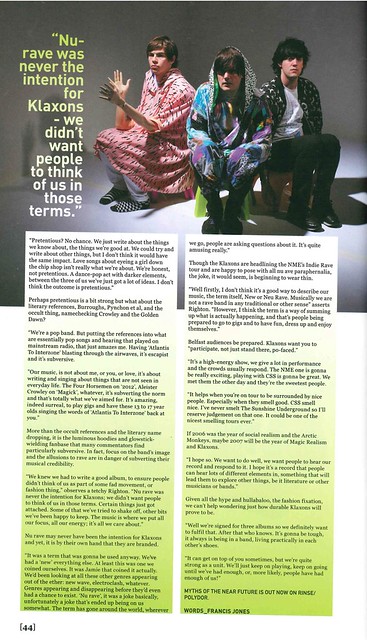 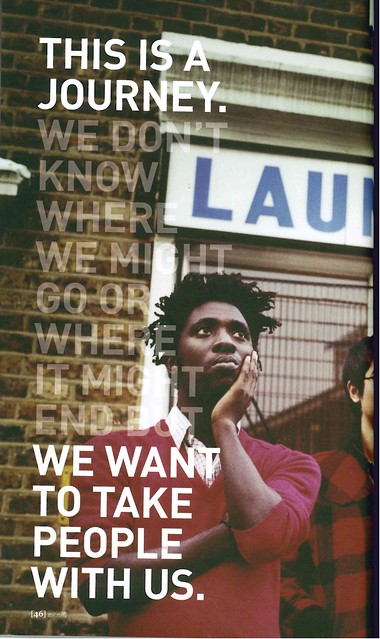 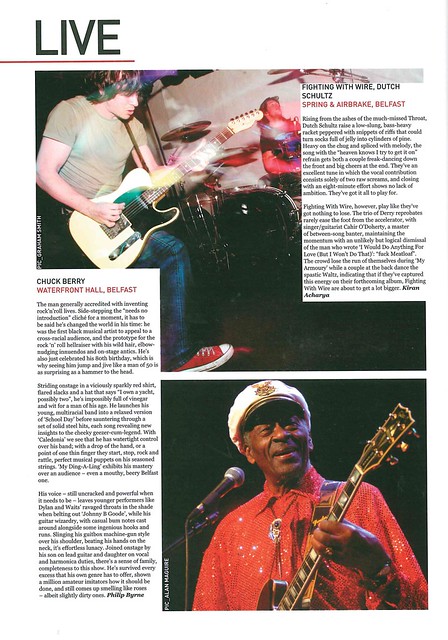 We begin this week with the suavest man in the North-East of England …….. not Jimmy Nail, but Bryan Ferry.

Bryan Ferry wrote “Slave To Love” after Courtney Love won a charity auction for him to be her servant.

And now, a much loved popular Australian* actress and singer ……..

(* She was actually born in England though. Pity she wasn’t born in Greece, then you could say Olivia Newton John from Grease is from Greece)

And a Legs and Co tribute.

Suede. Anything but Trash. Back in the days when Mat Osman was the most famous member of his family.

Marc Bolan would have been 67 this week.

Meanwhile, it’s been a while since Sugababes have been on this blog.

Mariska Veres of Shocking Blue would also have been 67 this week, born the day after Marc Bolan.

Don McLean appeared on TOTP a long long time ago, but I can still remember.

Meanwhile, if you ever need your car fixed, why not try Mike Rutherford from Genesis?

I don’t know what i’d do if I ever lost my faith in Sting.

Lynsey De Paul died today. Here she is getting ready for Eurovision in 1977.

And we finish this week, with a not very well drawn boy.