MEXICO HERE WE COME!! screams the headline on the cover of Match, as Northern Ireland head to Wembley looking for the result that will take them to the 1986 World Cup Finals.

The match gets a double page spread as soon as you open the magazine, featuring interviews with David McCreery and Glenn Hoddle. McCreery is in bullish mood, saying Northern Ireland will win on merit and not need any favours from England.

Gary Lineker uses his column to reveal that Frank Worthington was his footballing hero.

Match follows the progress of a young player they’ve adopted, Lee Martin of Huddersfield Town, as he gets ready to face Liverpool in the FA Youth Cup.

This player in question was a goalkeeper, and not to be confused with the Lee Martin who scored the winner in the 1990 FA Cup Final Replay.

There are posters of Northern Ireland and Aberdeen. Aberdeen had just beaten Hibs 3-0 in the Scottish League Cup Final.

Staying in Scotland, there could be a TV blackout of Scottish football due to a lack of agreement with broadcasters STV and BBC Scotland.

Match does a feature called Stars In The Shade, profiling players watching England’s top flight from the sidelines such as Alan Brazil, Michael Robinson and Gary Mabbutt.

Match uses the ratings in their results service to do a feature on the best goalkeepers in England’s top flight, with Ray Clemence coming out on top with an average rating of 7.53 from 13 games.

Ray Wilkins, based in Italy with AC Milan, uses his column to declare that Michael Laudrup will be one of the stars of the 1986 World Cup. 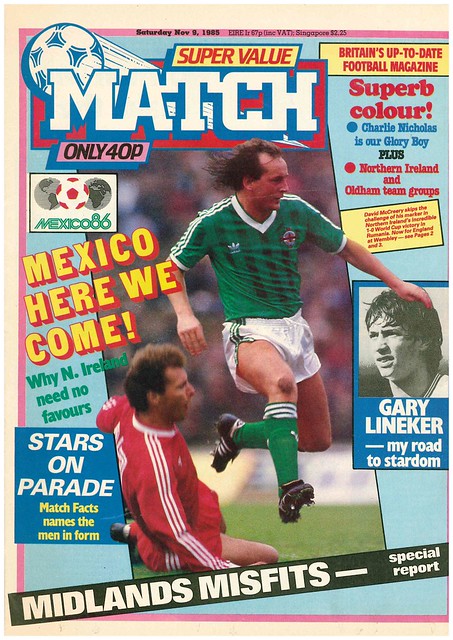 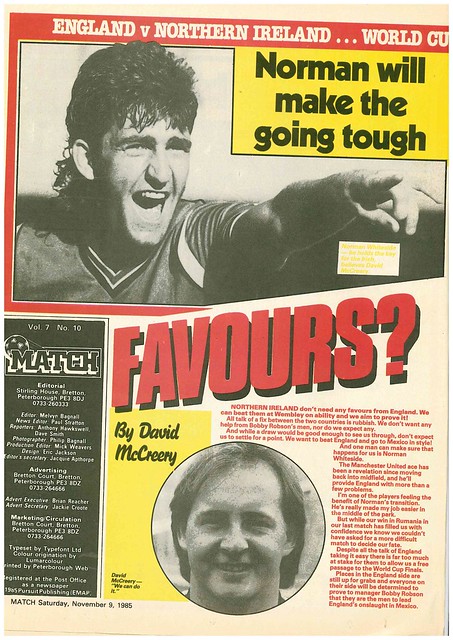 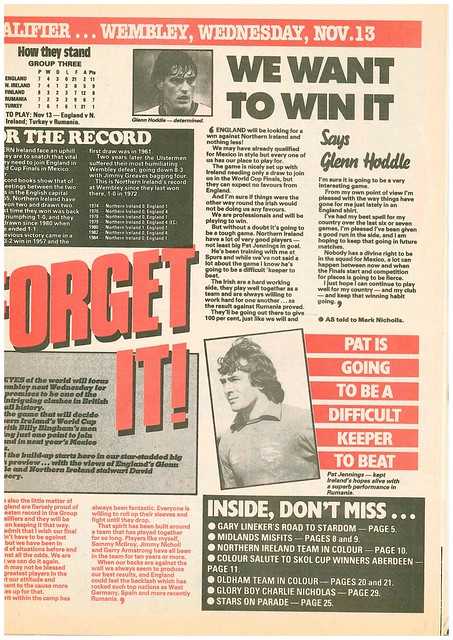 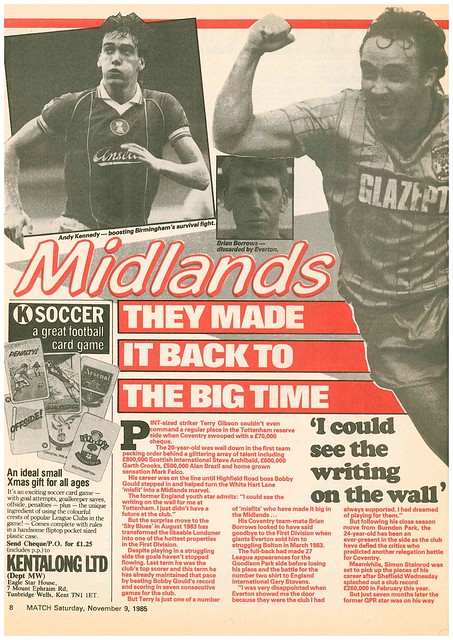 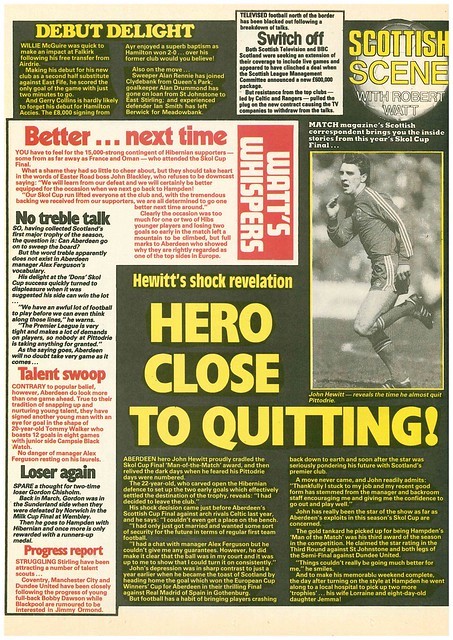 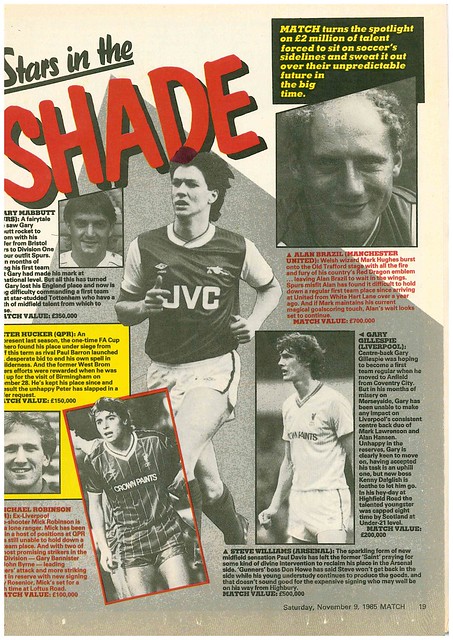 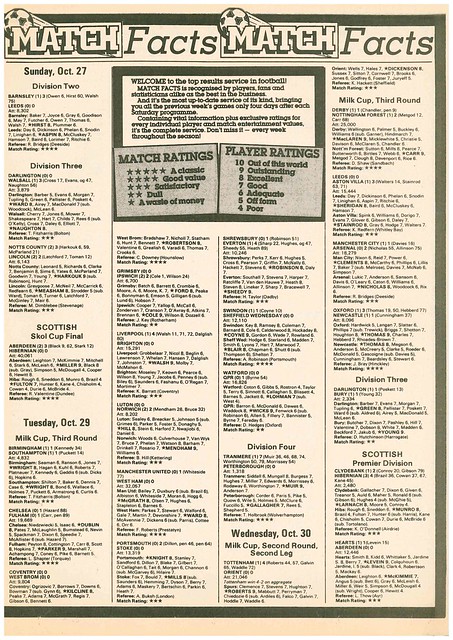 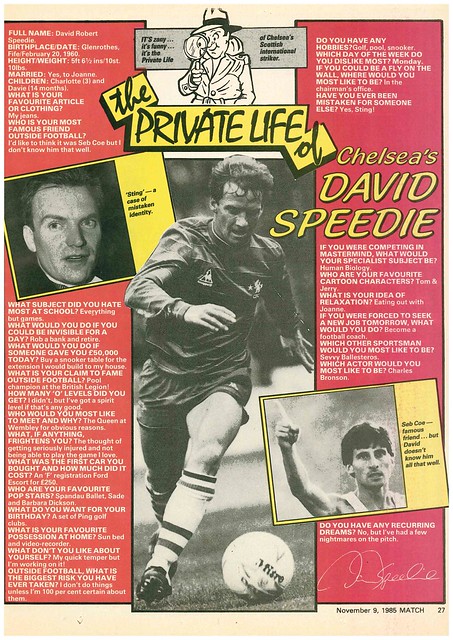 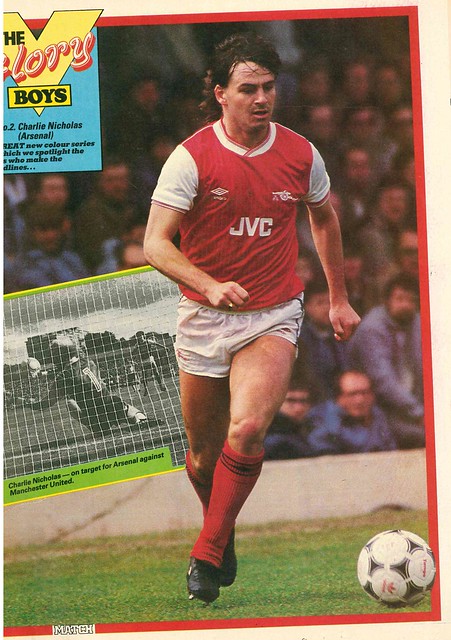