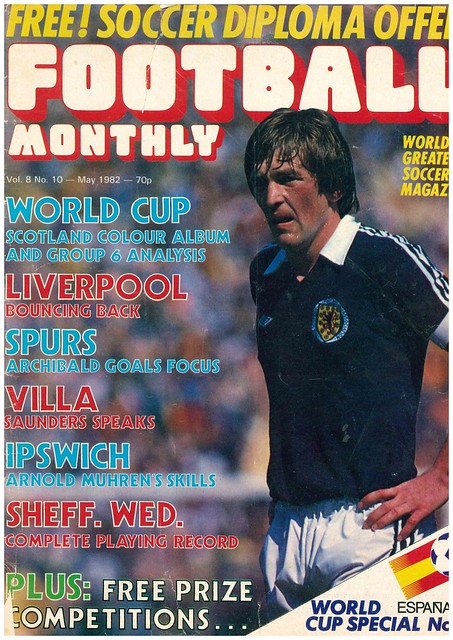 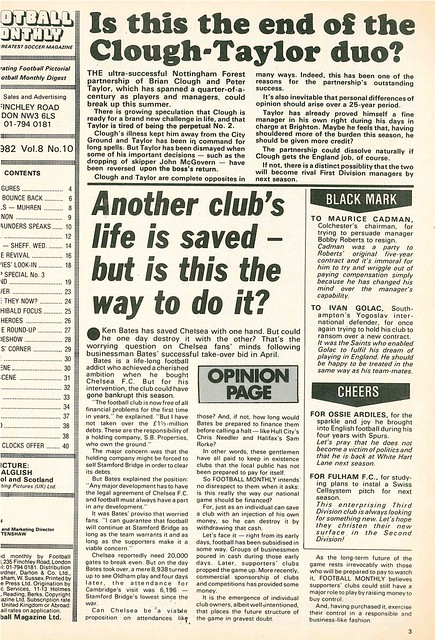 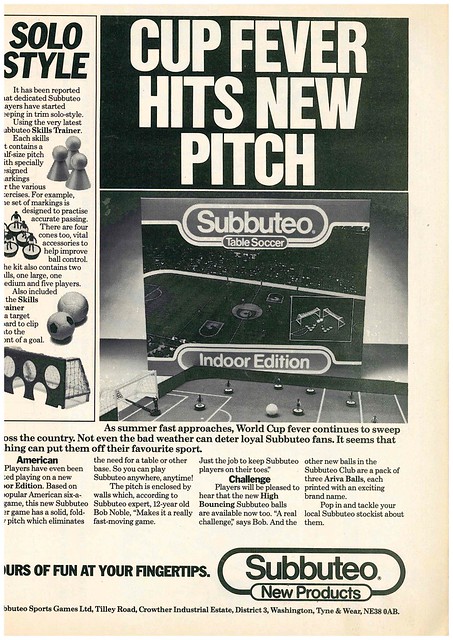 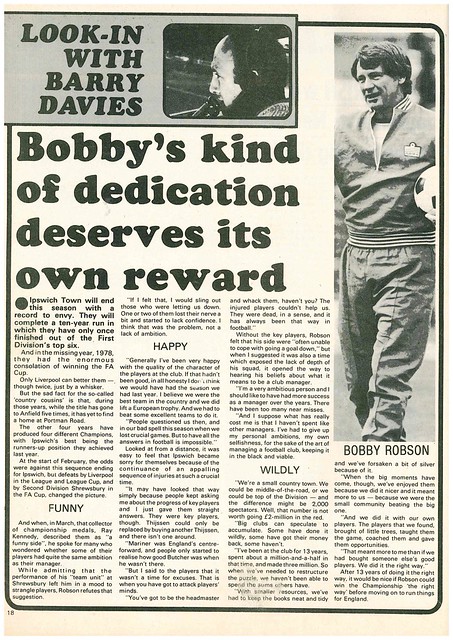 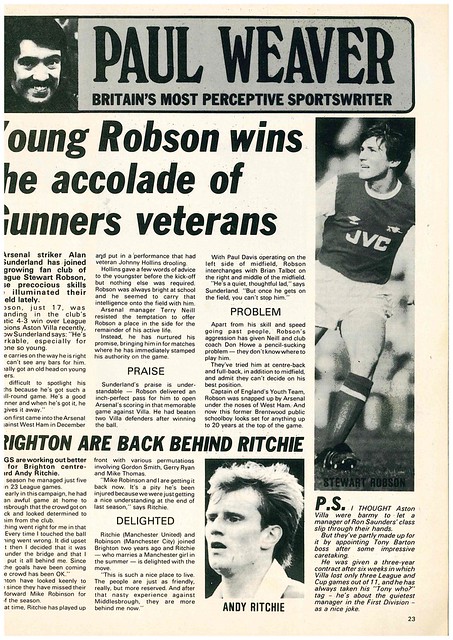 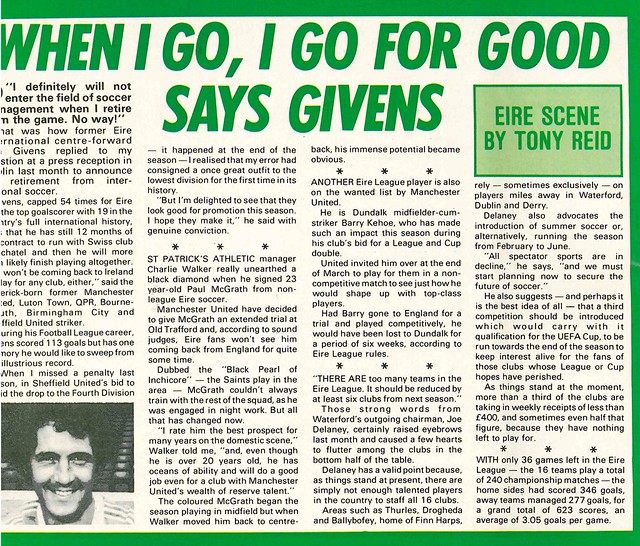 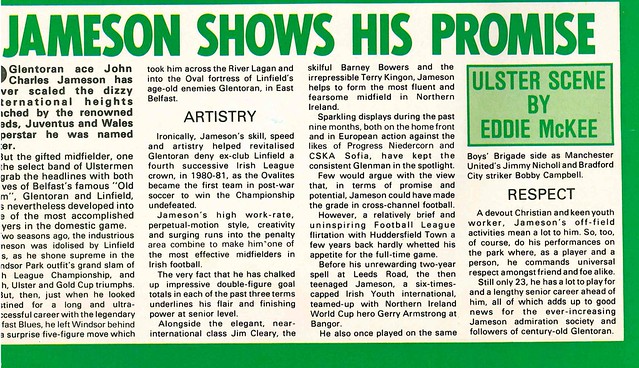 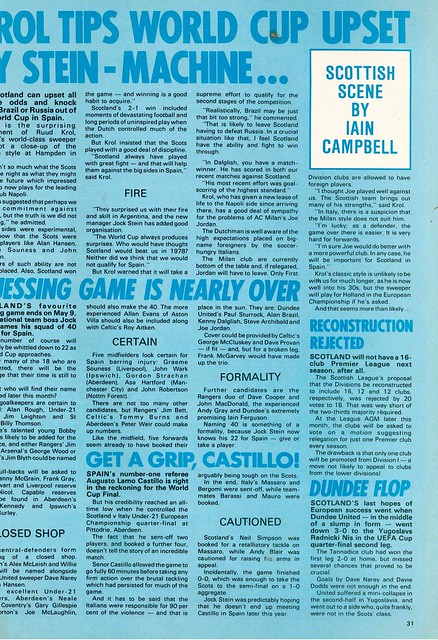 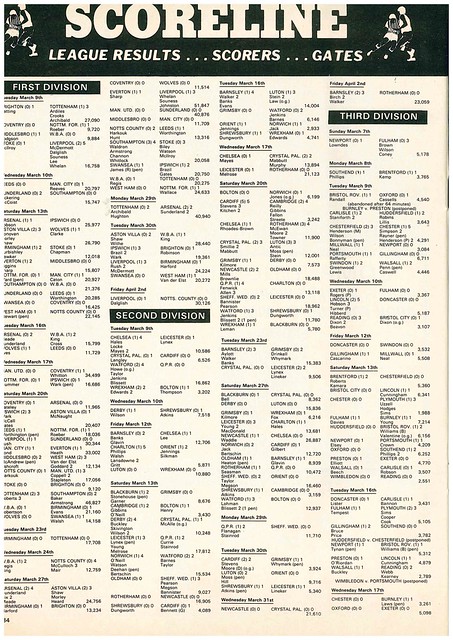 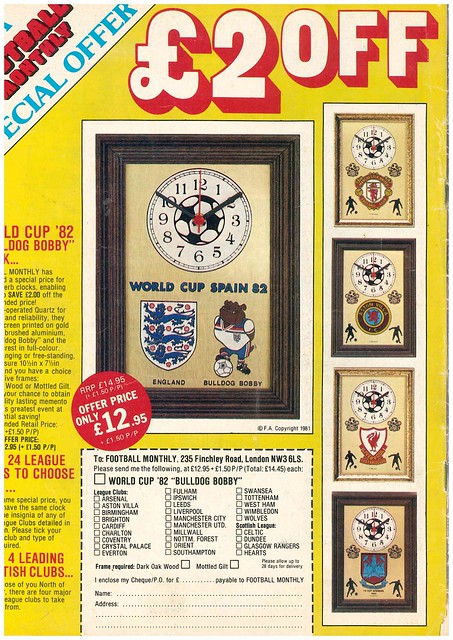 The two Paul’s, Ince and Gascoigne, are the cover stars of this edition, ahead of the eagerly anticipated group match between England and Scotland.

Scotland are represented on the cover with an image of John Collins. You may need a magnifying glass, but he’s definitely on the cover.

Five pages are dedicated to the match at Wembley, including interviews with Colin Hendry and Paul Gascoigne.

In rumour news, Christophe Dugarry is on the verge of joining Blackburn Rovers. Blackburn were keen on Bordaux players, having a year previously seen Jack Walker infamously veto any move for Zinedine Zidane, stating “Why do we need Zinedine Zidane when we have Tim Sherwood?”

Portugese Brian May lookalike Paolo Couto was supposedly at the centre of a tug of war between Rangers and Manchester United.

John Collins is interviewed about his move from Celtic to Monaco. He is pictured with a massive grin on his face, possibly because he’s leaving Glasgow to live in Monte Carlo.

There is a poster of Craig Burley. The only poster Craig Burley should be on is a pro brushing your teeth advertising campaign.

Meanwhile, there is an advert for the Euro 96 video game, available on PC CD-Rom and Sega Saturn, with commentary from Barry Davies

Roy Hodgson comes in for praise from Paul Ince, who says that he help him through a difficult first season at Inter Milan, while also talking about racist abuse he has suffered at away games, as he weighs up wether to stay in Italy for a second season.