The first tournament of the 1980s is approaching, Euro 80, and Shoot is attempting to do Ron Greenwood’s job for him by picking the England squad for this tournament.

In other news, Billy Humphries was considering making a comeback for Ards at the age of 42, while Aston Villa were keen on signing Mick Ferguson from Coventry.

In letters, Stephen Cochrane from Hartlepool writes in to suggest his local side will be a top flight club by 1987.

Scotland are also in international action, and Derek Johnstone uses his column to write about his hopes for an international. With Scotland not going to the European Championship, he can’t resist a dig at England by writing that this is how they must have felt sitting at home watching Scotland at the 1974 and 1978 World Cups.

Shoot interviews Manchester born pop star Andy Gibb about his love of Manchester United, saying that George Best was his hero. He supports United, but wants City to do well. In the interview, he says he doesn’t get to Old Trafford often, but visits Vicarage Road to see his local team Watford.

Gibb also reveals he has football matches in his local park with his three elder brothers Barry, Maurice and Robin (That’s the Bee Gees, by the way) who he describes as “Soccer mad”, which are videotaped, then they watch back when they get home.

A possible future domestic opponent of Bernard Dietz is Liverpool midfielder Terry McDermott, who tells Shoot he is considering a move to a West German club.

Terry Venables uses his column to declare that players who do cynical fouls will never prosper in football.

As part of their build-up to Euro 80, Shoot looks at previous European Championships. This week, they look back at Euro 72.

In ads, Admiral take out a full page for their England kit and tracksuit range. One of the tracksuits is modelled by Trevor Francis. It’s unknown if it was purchased in Shepherd’s Bush.

Alan Hansen gets a full page profile where he reveals his favourite music is Billy Joel, and The Commodores, while his favourite other team is Manchester United.

In transfer news, Aston Villa manager Ron Saunders was fuming after Everton hijacked their bid to sign Dumbarton’s striker Graeme Sharp after they had agreed a fee with the Scottish club.

Shoot does a feature on Grimsby winger Mike Brolly, complete with a picture of him holding a brolly.

In other ads, there is an advert for a free Euro 80 sticker album, but not in Shoot, in two other publications – Roy Of The Rovers, and Tiger.

There is a poster of Celtic players and manager Billy McNeill celebrating winning the 1980 league title. They would soon look stupid as it was Aberdeen who claimed the trophy that season.

In international news, Bobby Robson is wanted by Barcelona to be their new manager. It would eventually take him 16 years to get the job. Meanwhile, one Spanish newspaper had a leftfield candidate for the post, Ian Paisley. It was a printing error as they got him confused with Liverpool manager Bob Paisley.

Andy Gray uses his column to suggest that there should be full-time referees in football.

The magazine ends on the back page with a poster of John Toshack in his Wales kit. 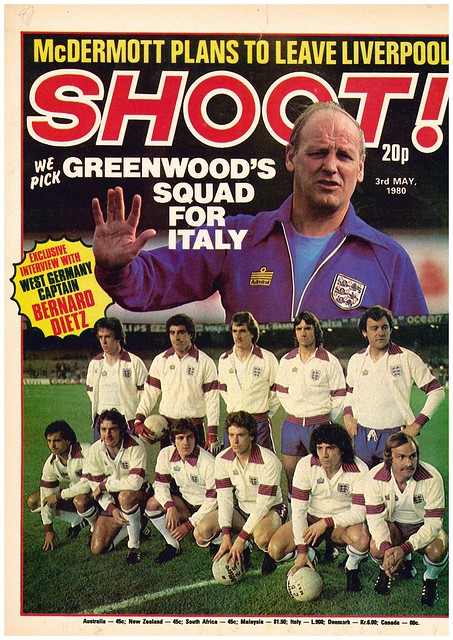 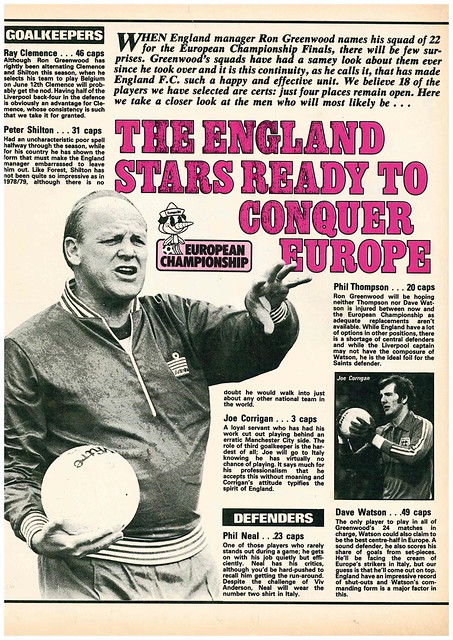 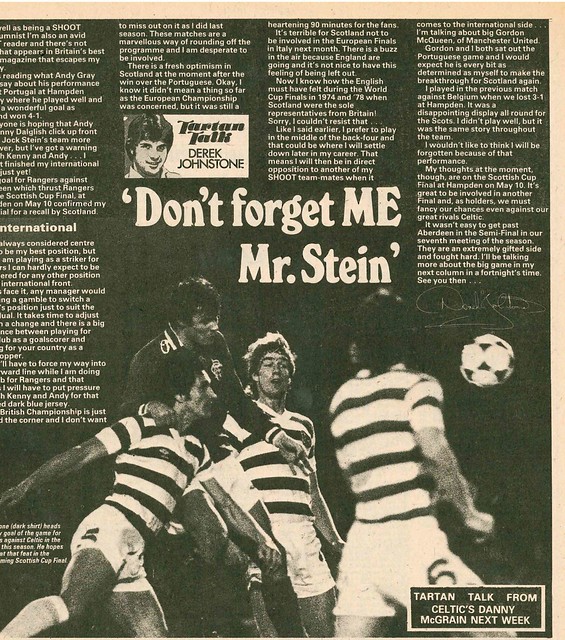 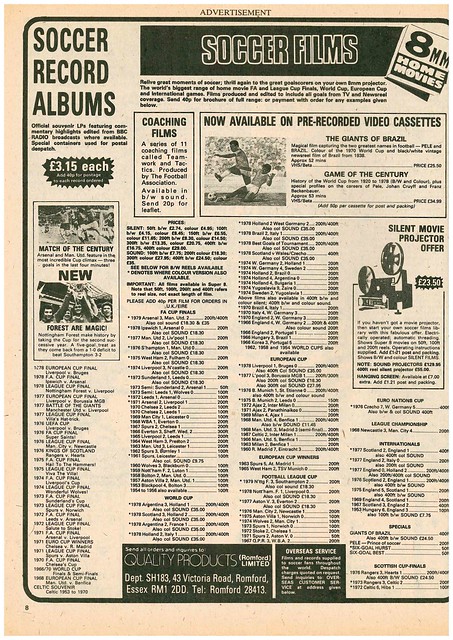 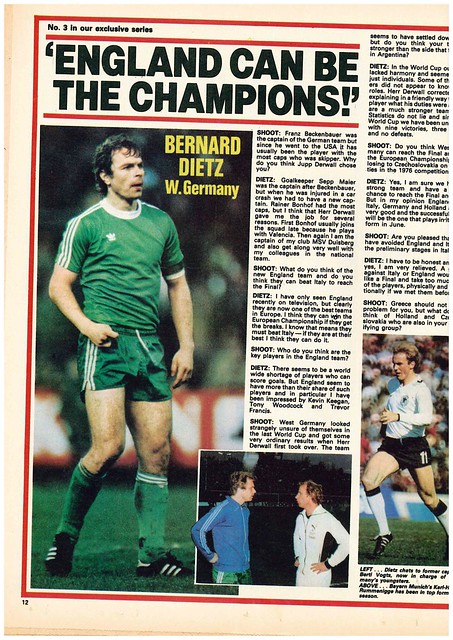 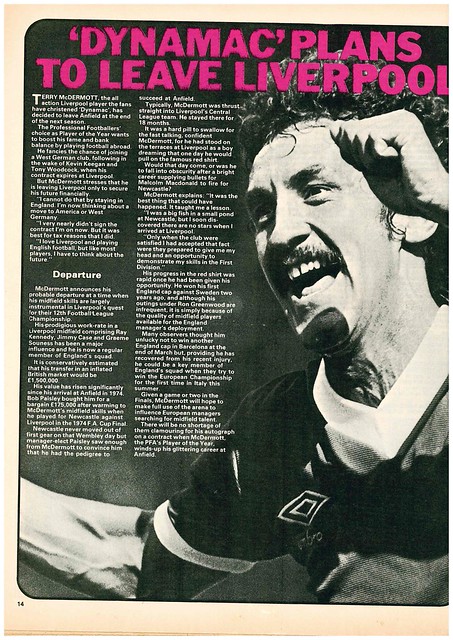 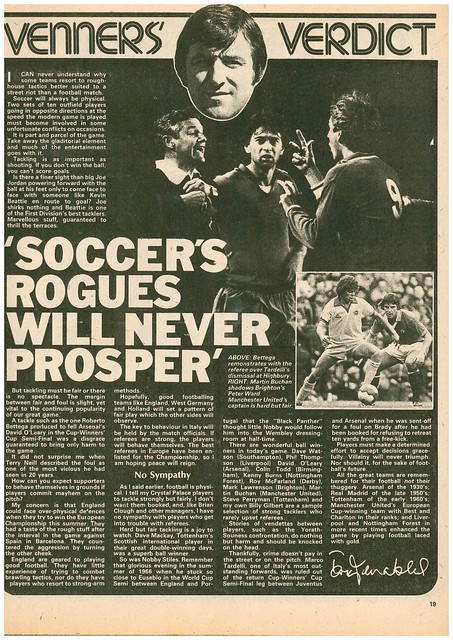 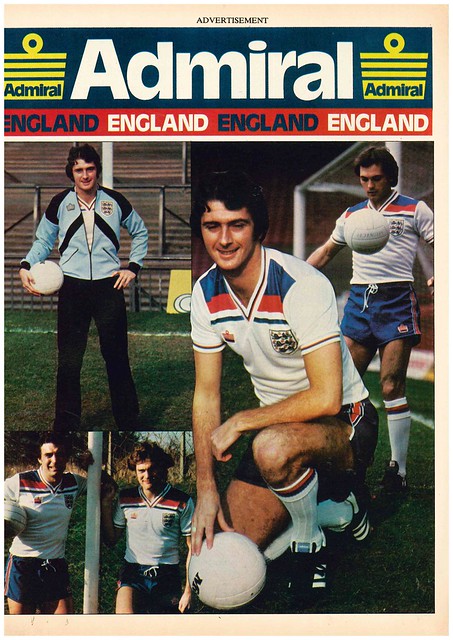 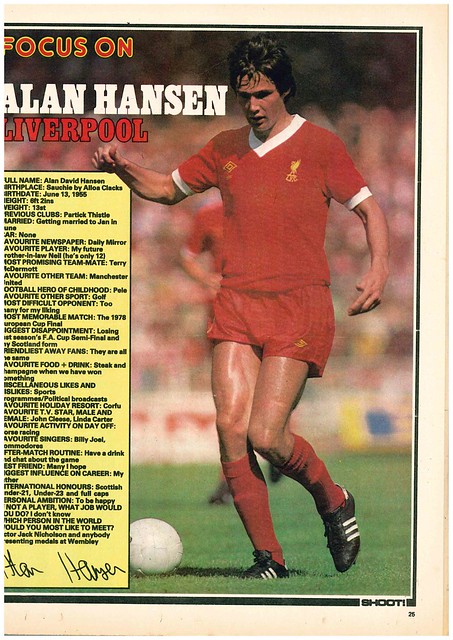 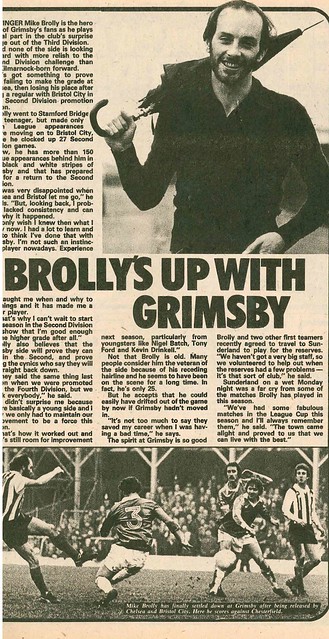 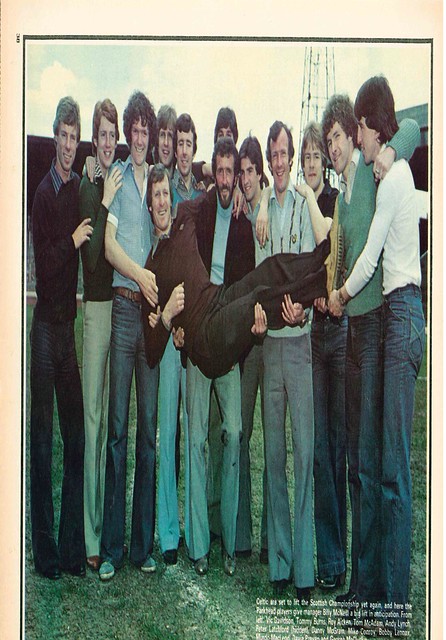 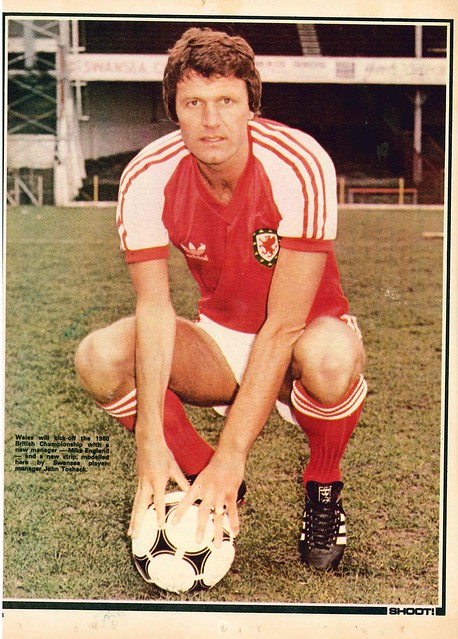