It’s the early weeks of 1972 and Shoot has gone Cup Crazy, as this week’s edition has a free wallchart for you to chart the progress of the Scottish Cup and FA Cup.

Unfortunately, there was no such chart for the Irish Cup or Welsh Cup.

The chart had an impressive list of admirers in the shape of Bobby Moore, George Best and Alan Ball. Maybe not that surprising that they endorsed it, as they were all Shoot columnists at that time.

Shoot has a Crosstalk colum where two footballers debaate a topical subject. This week’s one saw Alan Mullery (Tottenham Hotspur) and David Nish (Leicester City) debating if you need luck to win the FA Cup.

Mullery would have greater knowledge of that, having won the trophy in 1967, while Nish was a losing finalist in 1969.

Bobby Moore’s colum talks about how he has helped out Luton Town by appearing at social functions, but is determied to put them out of the FA Cup, as they were West Ham’s 3rd Round opponents.

Moore predicts that Arsenal and Leeds will be the two sides most likely to lift the trophy, and so it proved, with Leeds beating Arsenal 1-0 in the final.

George Best’s column comments about how he wants to win the cup in 1972. George Best never won the FA Cup in his career.

Shoot does a double page spread on double winners Arsenal, asking if they can repeat their League and FA Cup success of 1971 a year later.

It wasn’t to be for Arsenal as they finished 5th, and as previously mentioned, lost the FA Cup Final 1-0 to Leeds. Derby County, led by Brian Clough, were Champions that season.

Frank McClintock talks about that final against Liverpool, revealing he was shatterd at the end of a busy week that saw him win the League, Player Of The Year, and get a Scotland recall.

Gordon Banks gets a player profile where he reveals he likes holidays and hates shaving, fog and football hooliganism. The person he would most like to meet in the world is Raquel Welch.

Aberdeen, Scottish Cup winners in 1970, then league runners-up in 1971 get a double page spread look at their recent upturn in form.

John Tudor of Newcastle United gets interviewed, talking about his team-mate Malcolm MacDonald, revealing that he even pressurises himself to score in training, such is his lust for goals.

There is also a double page spread looking at Pele’s career, part of a series, as this as title Part One.

Trevor Hockey of Sheffield United also gets a career profile, while there is a poster of Birmingham City’s Bob Hatton on the back cover. 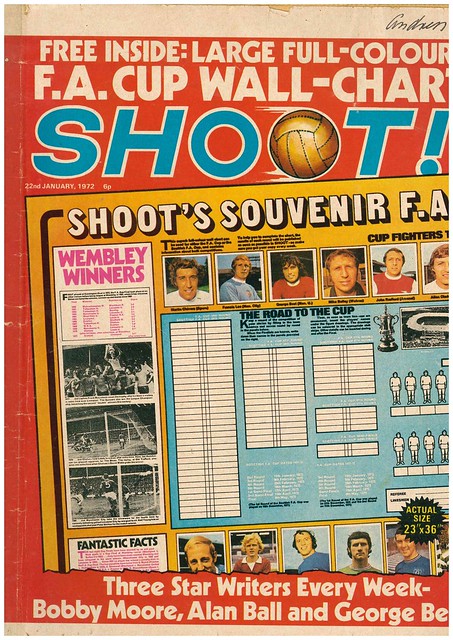 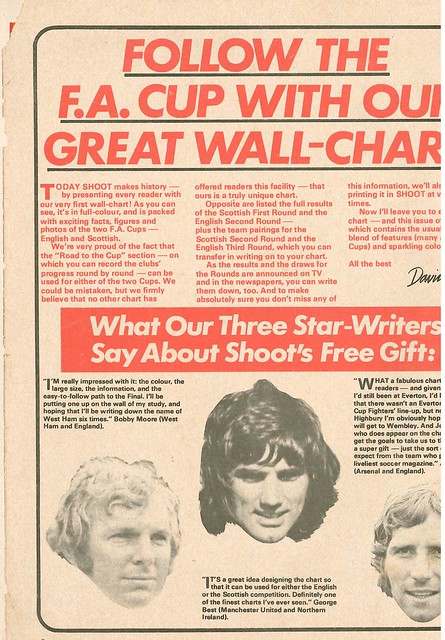 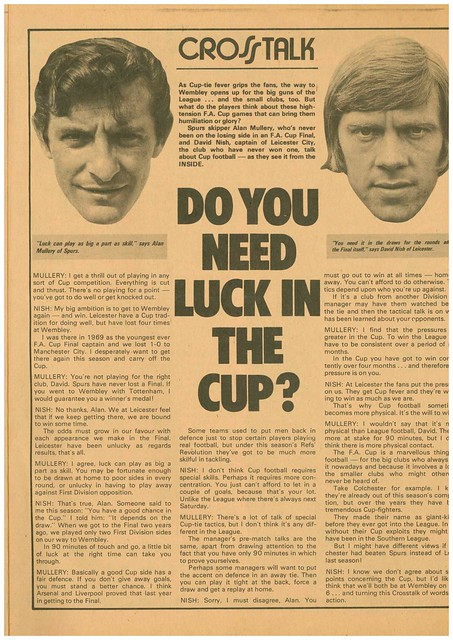 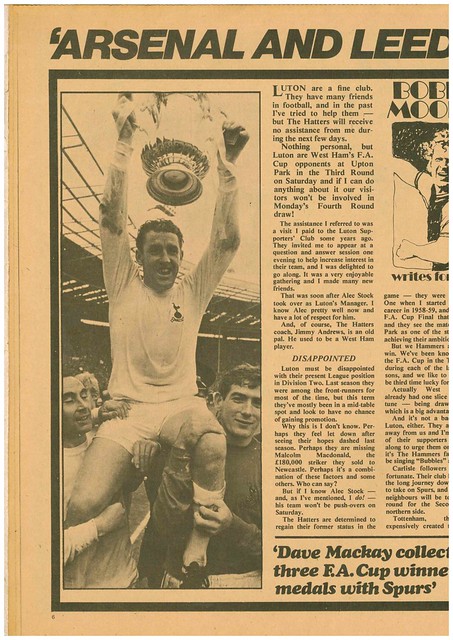 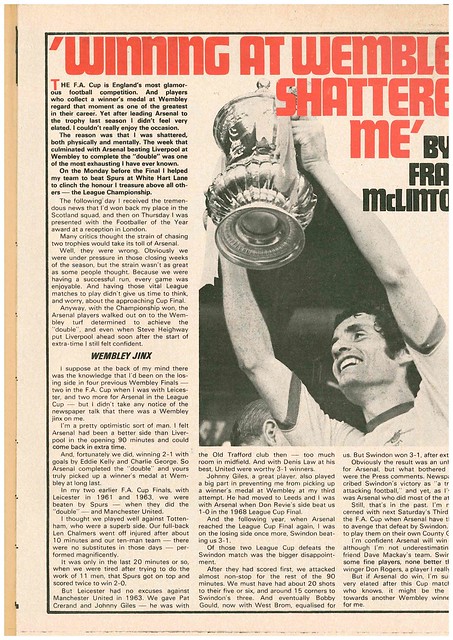 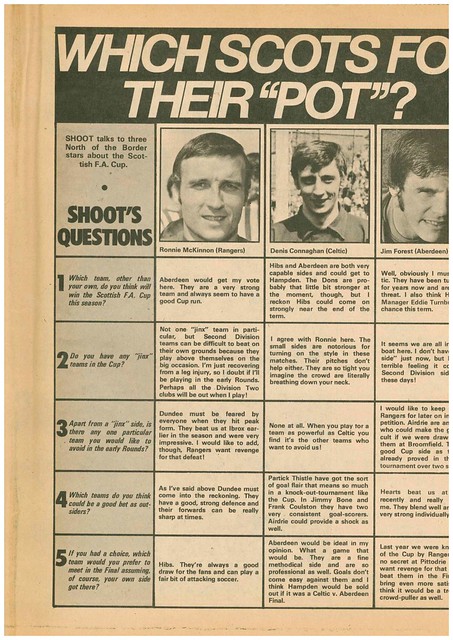 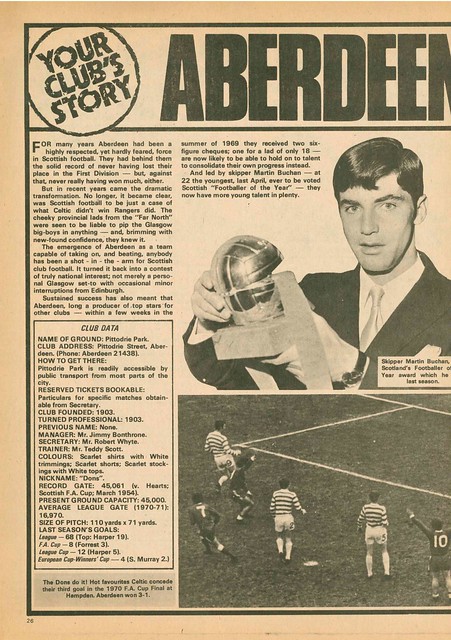