It’s the tail end of the 1960s, and it’s Jimmy Hill’s Football Weekly, a weekly magazine fronted by the multi talented Jimmy Hill (who died late last year), who was then a pundit for ITV.

You can’t really imagine Andy Townsend’s Football Weekly, can you?

Johnny Morrissey of Everton writes a column and John Robson of Derby County gets a profile.

Ralph Brand, who has played top flight football in England and Scotland, is currently attending a Coaching School with the SFA, and writes a column claiming that Scotland is years behind in terms of coaching tactics.

Bobby Moncur of Newcastle United gets drawn by Ron Davies of Southampton.

There is a full page feature on Fulham, while future Fulham player George Best has a column, where he expresses his frustration at not being able to play for Northern Ireland in their World Cup Qualifier away to Soviet Union as he was playing in a League Cup tie for Manchester United.

Getting in early for the Christmas Market, there is an advert for Jimmy Hill’s Soccer 70, billed as “The best annual on the market”

Alan Birchenall of Chelsea has a column, where he states that footballers in the South of England are just as hard as their counterparts in the North.

There is a book review, of George Best’s Soccer Annual (strange to review a competitor to Jimmy’s own in the annual market) which gets a favourable review, despite the lack of colour photographs.

Ben Arentoft, a Dane playing at Newcastle United gets a profile, where he reveals his favourite meal is Roast Pork.

On the back cover, there was a poster of Brian Kidd of Mancheaster United. 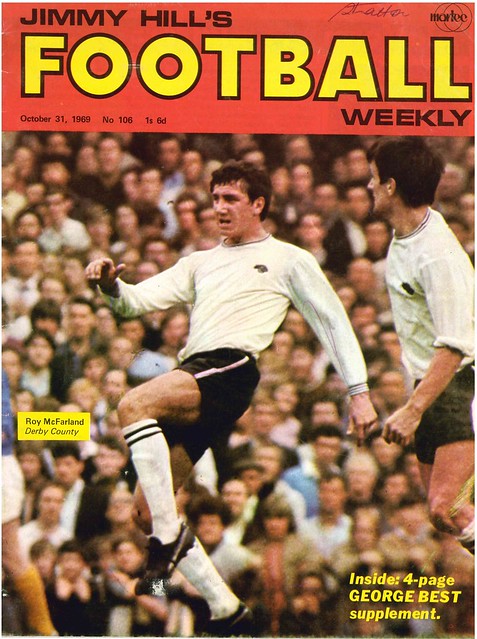 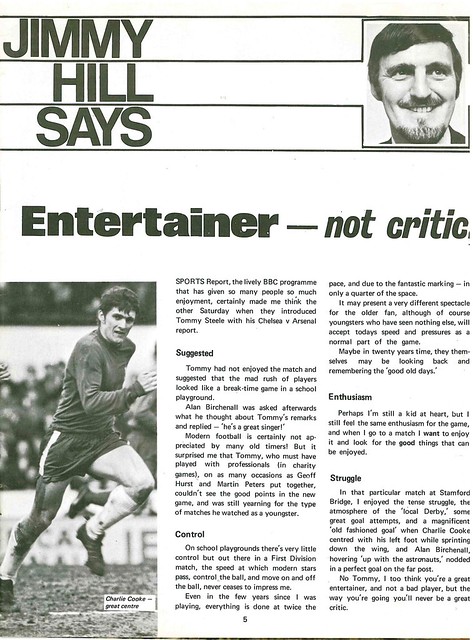 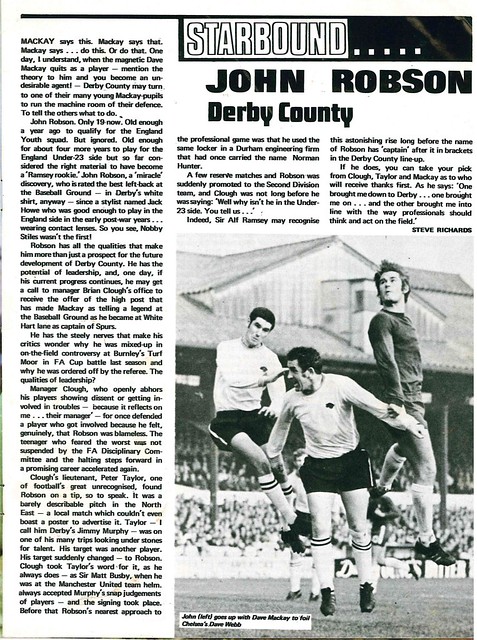 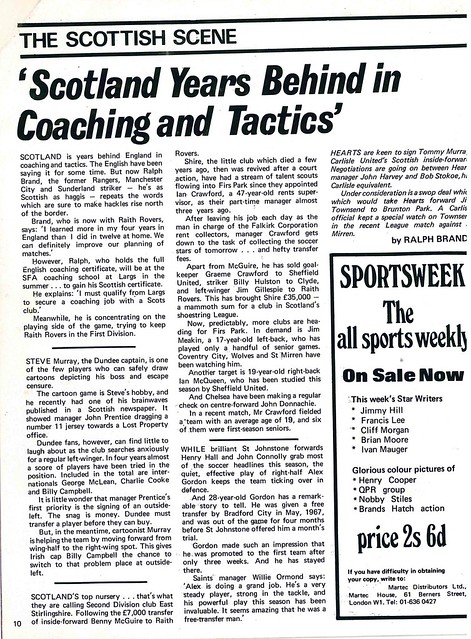 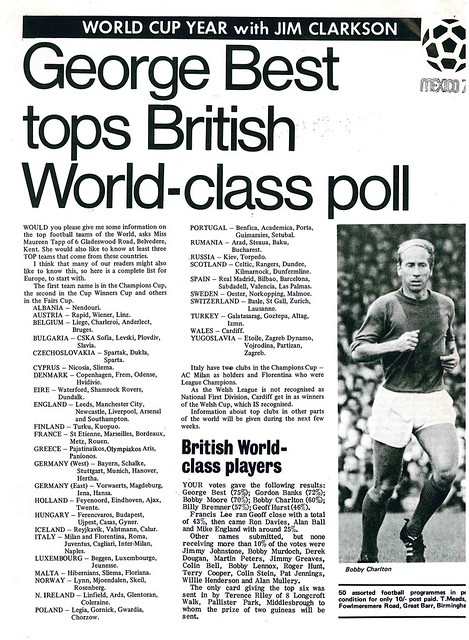 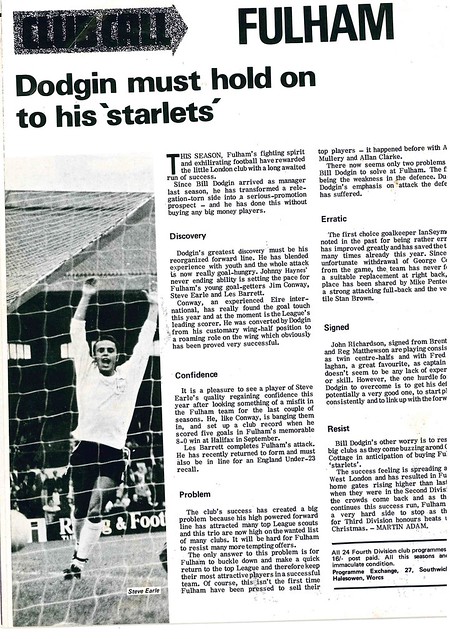 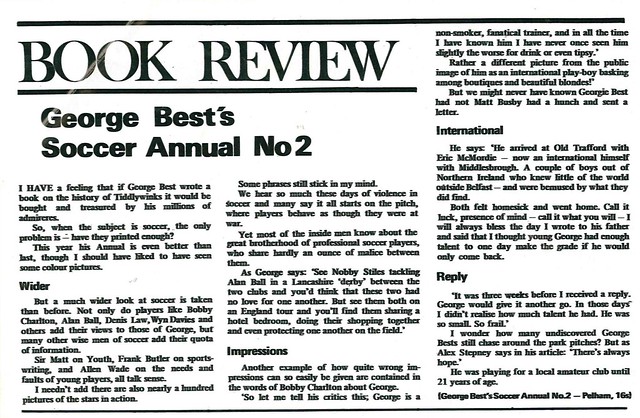 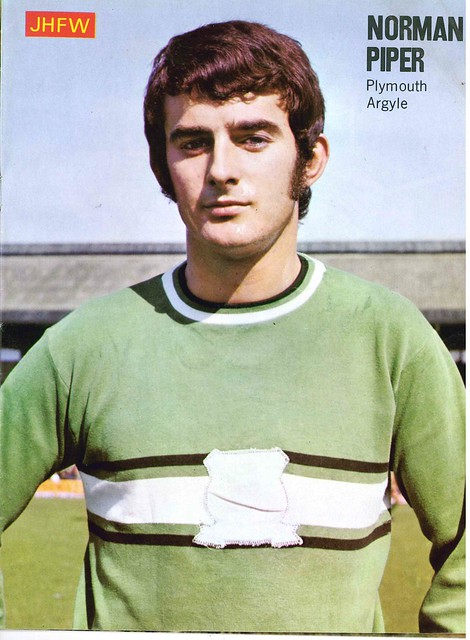 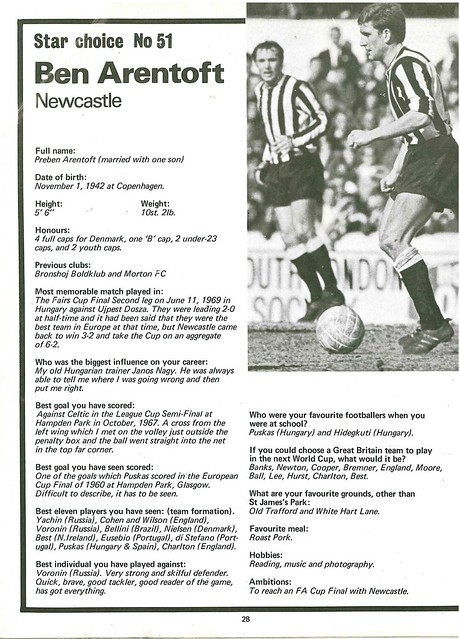 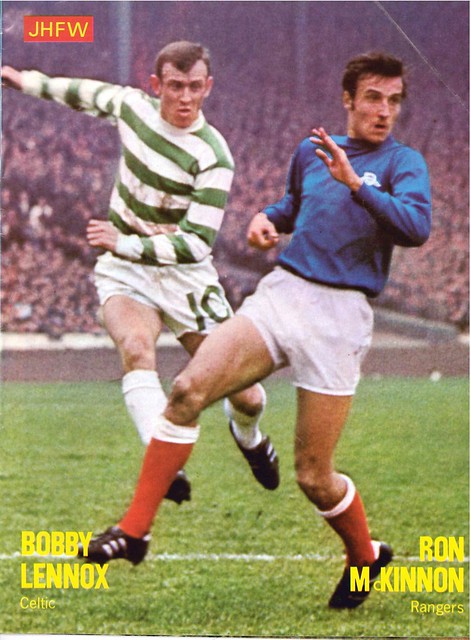 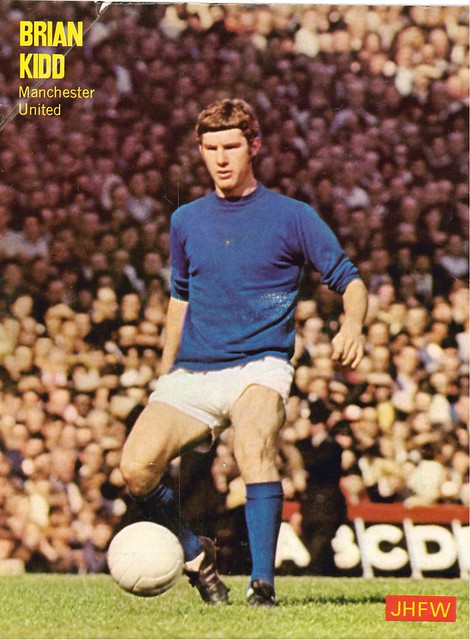