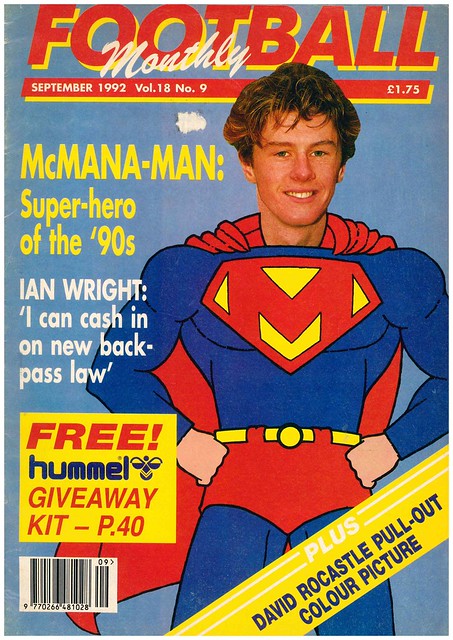 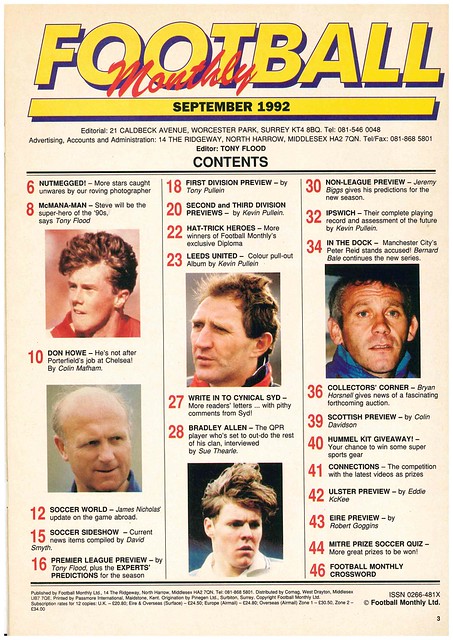 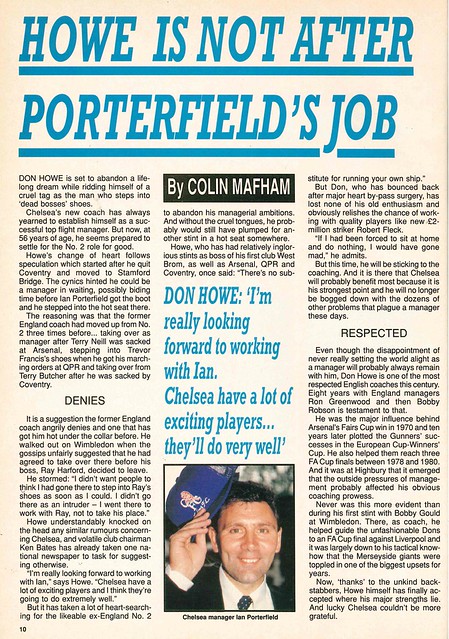 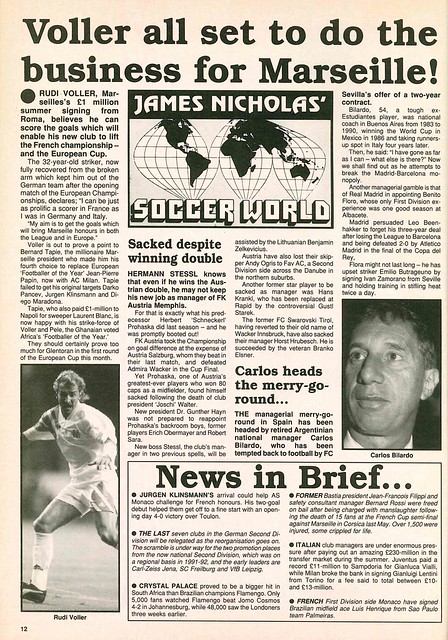 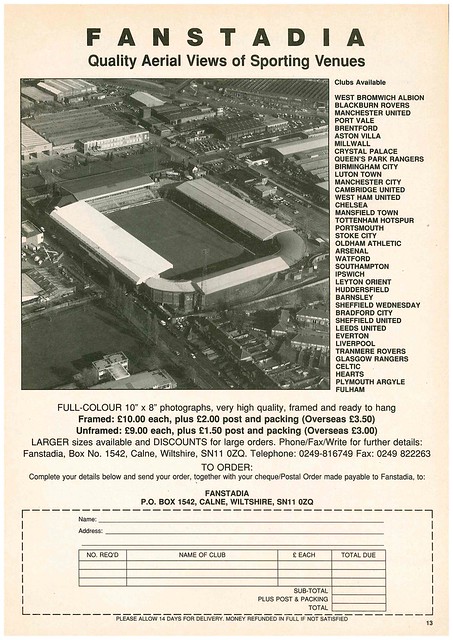 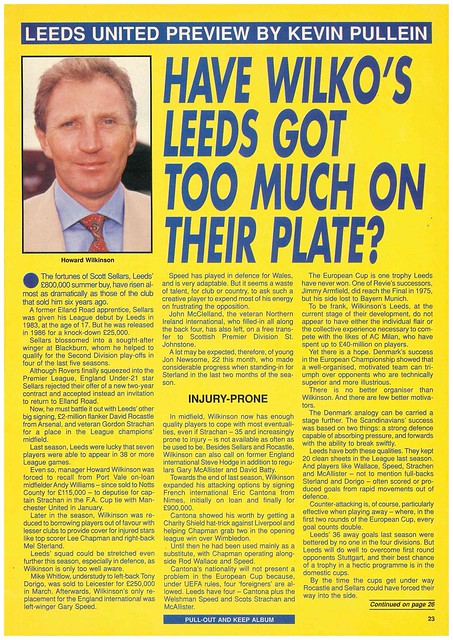 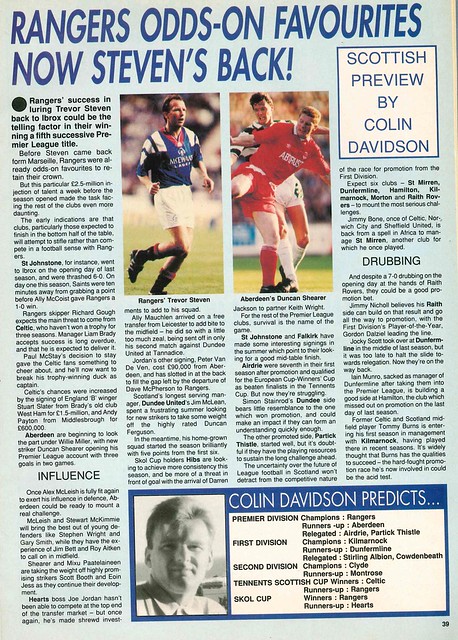 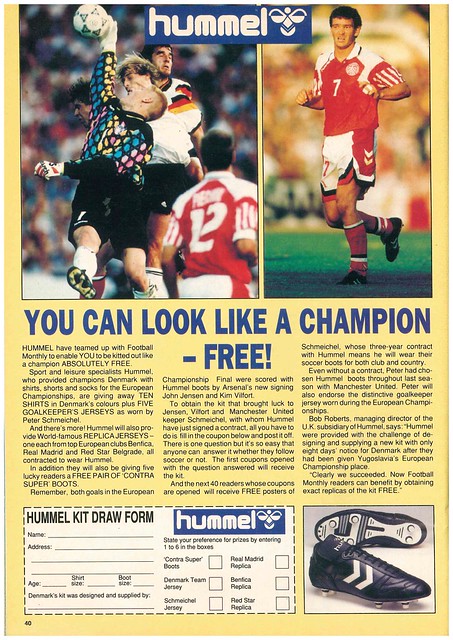 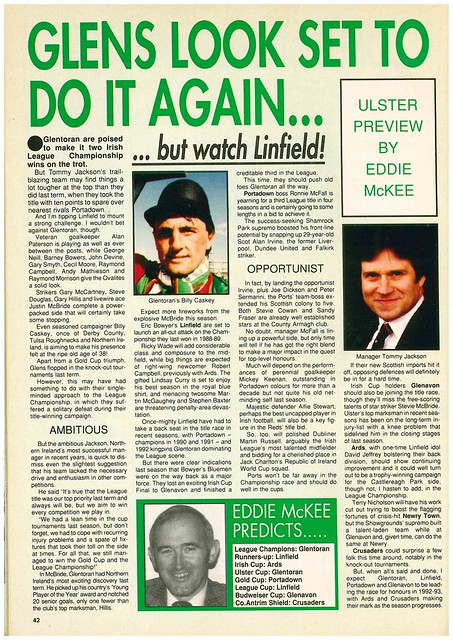 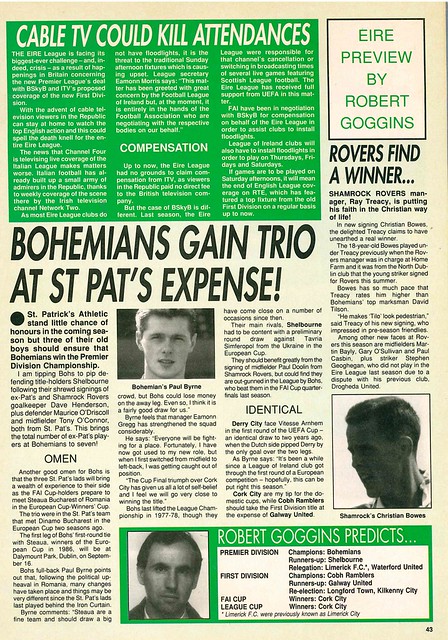 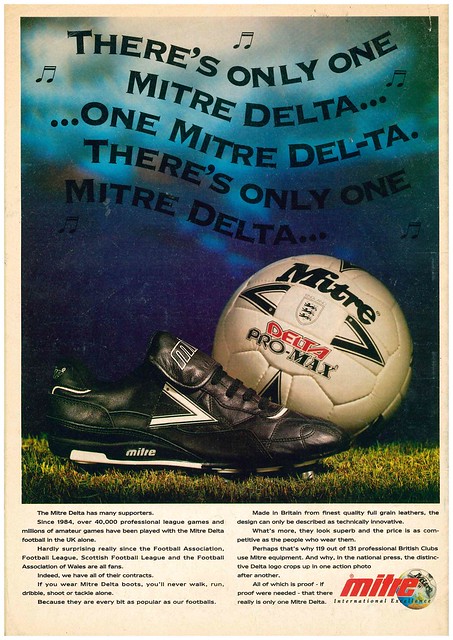 Rivaldo is the cover star of World Soccer, as the 2001 Copa America approaches. One international tournament that has already taken place, was the Confederations Cup, which was won by France, and gets a double page feature.

Didier Deschamps announced his retirement, and was immediately appointed manager of Monaco, while Owen Hargreaves got a two year extension on his Bayern Munich contract.

Pele, in his capacity as a columnist, suggests that you write Brazil off at your peril, ahead of the 2001 Cop America in Colombia. It turns out it would have been wise to write off Brazil, as they were eliminated in the Quarter-Finals by Honduras, 2-0.

They did manage to improve over the next twelve months to win the World Cup.

World Soccer gives a page to each team, previewing their chances in Colombia, apart from Brazil, who get two pages.

Roma’s Scudetto success gets a double page spread, while in Spain, Hector Cuper leaves Valencia on a low, missing out on the last Champions League place to Barcelona, and losing to Bayern Munich in the Champions League Final.

One of the club’s who qualified for the 2001-2002 Champions League, was Cuper’s former club Mallorca, who get a feature.

In Germany, the focus is on Bayern Munich’s signings of brothers Niko and Robert Kovac.

In England, the national side has been rejuvinated under new manager Sven Goran Eriksson, winning his first five games in charge. Sir Alex Ferguson has been given a pay rise ahead of his final season in charge before retirement, which he decided to delay for another eleven years.

In Northern Ireland, there is very little transfer activity, with Roy Hamill signing for Coleraine, while Linfield have released John Easton and Stephen Beatty.

Across the border, Roddy Collins has parted company with Bohemians after failing to show up for contract talks.

17 year old Arjen Robben is profiled, as the hottest prospect in Dutch football, having already agreed to sign for PSV Eindhoven in the summer of 2002.

Another promising youngster profiled is Bosko Balaban, Croatia’s new goal king, already linked with moves to Barcelona, Real Madrid, Marseille and Fiorentina. He signed for Aston Villa that year, and was barely seen in England. 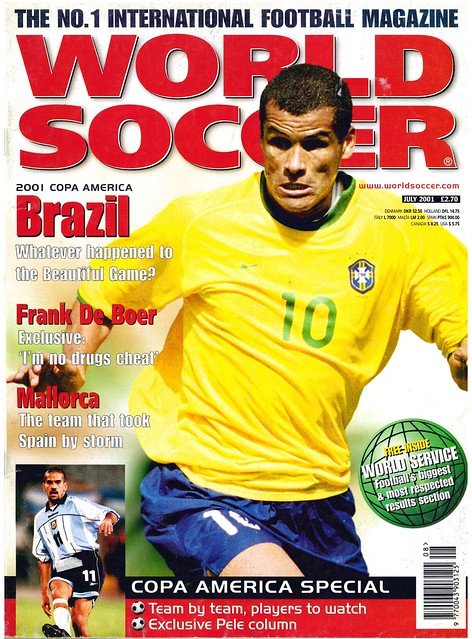 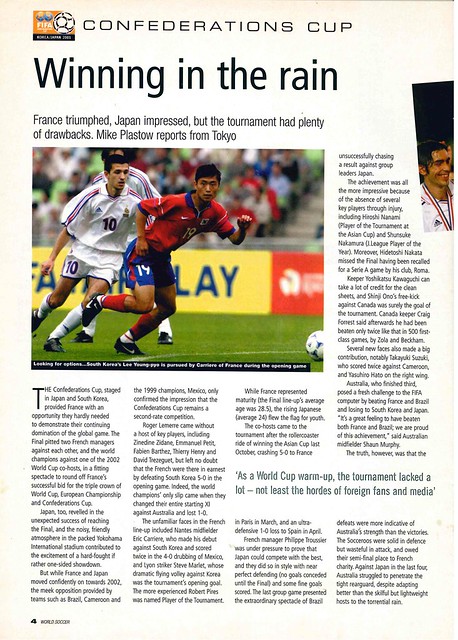 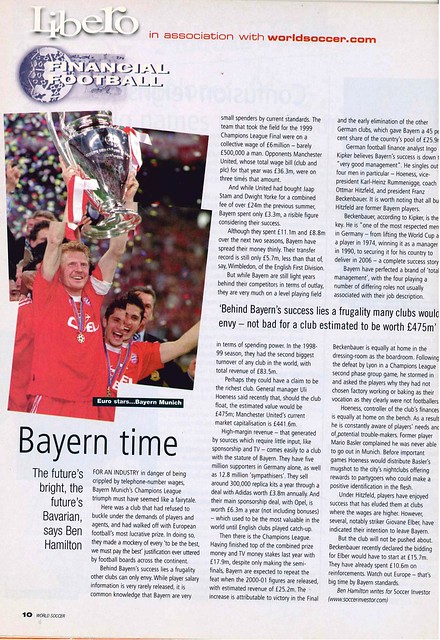 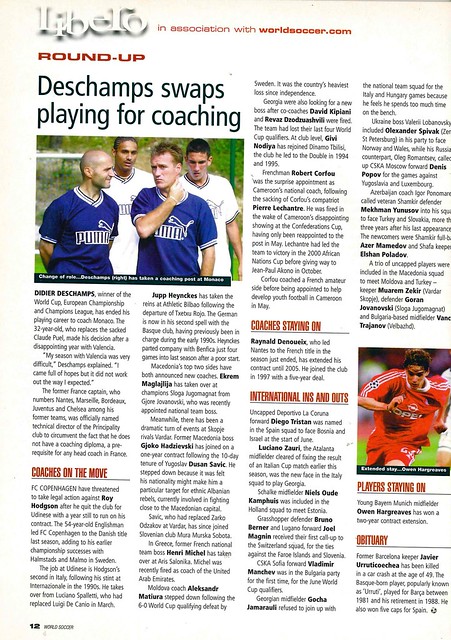 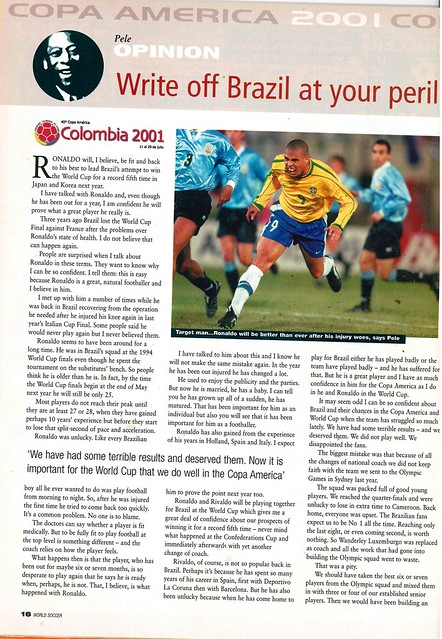 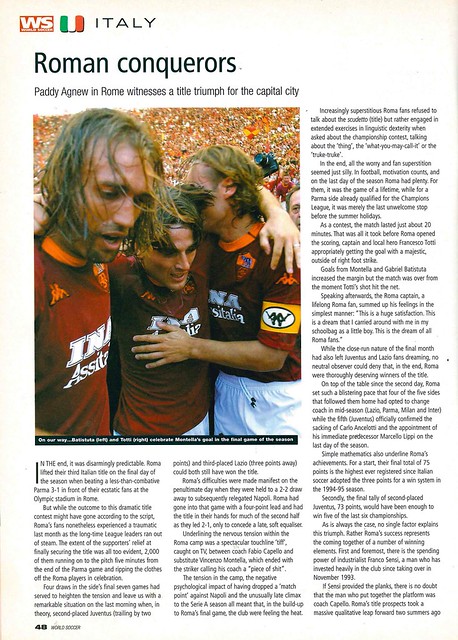 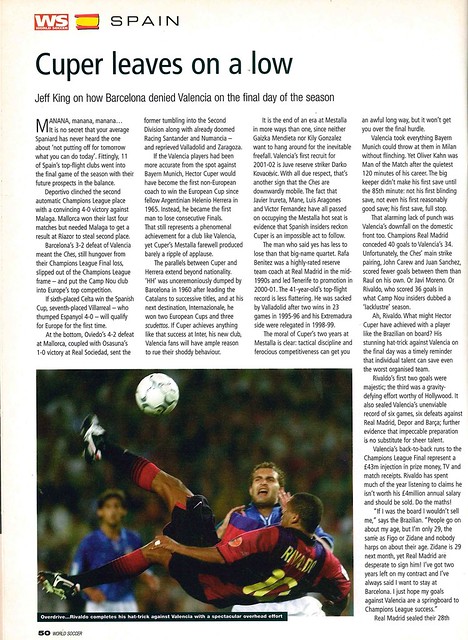 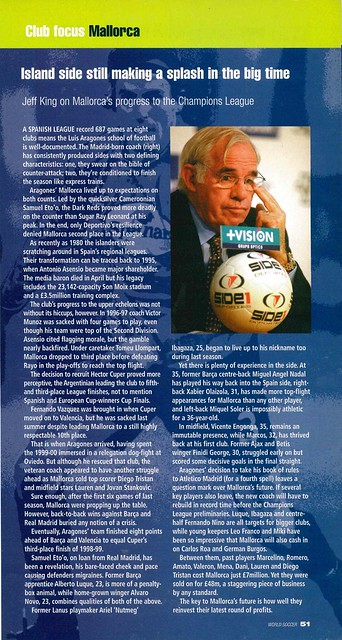 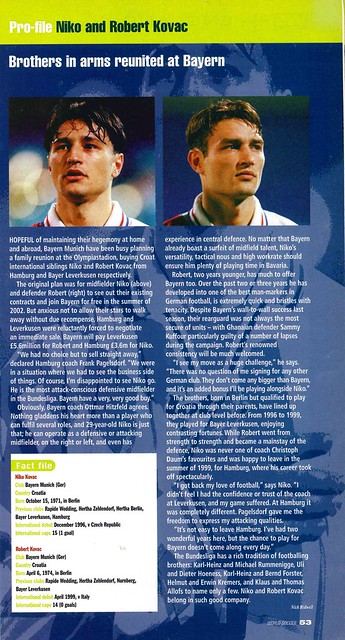 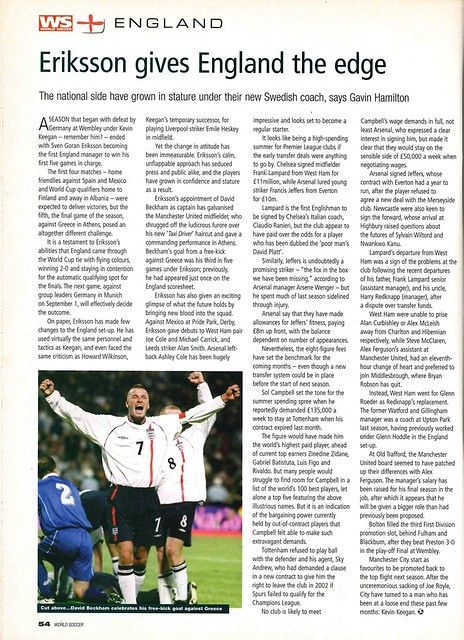 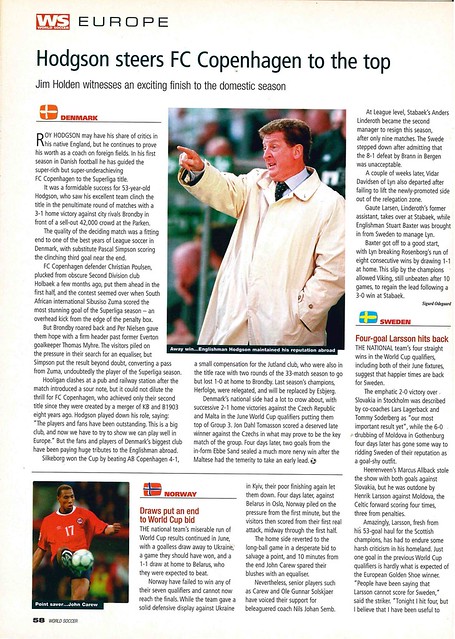 April was a busy month, and I have photographic evidence to back it up, including trips to Dublin, Sheffield, Manchester and Liverpool.

I headed to Dublin at the start of the month to see Linfield take on Bohemians in a Setanta Cup Semi-Final.

The game was on Easter Saturday, but I decided to take Good Friday off and head down to make a wee break of it.

I spent the Friday in Dublin and took in a League of Ireland clash between St Patrick’s Athletic and Sporting Fingal in the evening, before the Linfield match on the Saturday.

One big regret of the month was that I didn’t take my camera to the Easter Tuesday title decider against Glentoran, but two days later, I was in Sheffield watching James in concert at Sheffield O2 Academy.

The next day, I headed to Manchester, before spending the Saturday in Liverpool and then going to Ewood Park on the Sunday.

A few weeks later, I had an unexpected week off work and became a tourist in my own city, and managed to get some intersting graffiti shots.

The end of the month, saw Linfield visit Seaview to take on Crusaders in a game where Noel Bailie made his 1,000th appearance for Linfield, which was commemorated with a banner.

A win for Linfield that day would have secured the title, but a 0-0 draw meant that champagne was on ice.

A 1-0 win over Cliftonville on the following Tuesday night meant Linfield were champions, and I had my camera there to capture.

Over the past couple of weeks, i’ve been removing photos from my computer hard-drive in order to make more space to make my computer run quicker.

Whilst doing this, I happened to stumble upon some photos that for some reason, I hadn’t uploaded.

The first match is a League of Ireland clash between Bohemians and Sligo Rovers in June 2009.

I was staying in Dublin that weekend to use it as a base to head on to Slane to see Oasis, and had a spare Friday night, so I decided to take in the only League Of Ireland game on that night.

Bohemians won the match, at Dalymount Park, 2-0. Bizarrely, they wore their White away strip at home, due to Sligo’s all Black away strip being judged by the referee to clash with Boh’s Red and Black stripes.

Got a good photo position and the late daylight also helped me. Enjoy

Can’t imagine being too many other lost treasures on my hard-drive, but if there is, i’ll post them up.

With Linfield being drawn away to Bohemians in the Setanta Cup and the game being held on a Saturday, I thought that this would be a good opportunity to head down to Dublin for a weekend.

The fact that the game was a 12.30pm kick-off would have meant getting on a bus for 8am, so it gave me even more of an excuse to head down on the Friday and stay overnight.

After getting the train down and checking into my hotel, I then headed to the Temple Bar district where I was staying, taking advantage to look around some of the markets that were up and running.

The last time I was in Dublin, i’d stayed in the outskirts of the city, and as a result, mostly spent my time in the main crowded touristy places, so it was good to see another part of the city, and what it offered.

Of course, the camera was packed and the eye was set to look out for graffiti and Dublin didn’t disappoint.

My favourite was one drawn in chalk commenting on art, but notable worthy mentions for A Bicycle, Spok, A Monkey, Hysteria, and one mocking people from Cavan.

That evening, I decided to take in the delights of the Airtricity League, and the match between St Patrick’s Athletic and Sporting Fingal.

St Pat’s are an established club in the league, and were looking to take advantage of Bohs inactivity to go top of the league against newly promoted Fingal, formed only two years ago.

The match took an age to really get going, and for all the huff and puff of both teams, it finished goal-less. It wasn’t a bad goal-less draw, but in reality, for all the possession and situations, neither side really looked like scoring.

So, come Saturday, up bright and early to head down to Dalymount Park for the lunchtime kick-off.

I entered the ground about 50-60 minutes before kick-off, and I was amazed by how poor the facilities were.

I’d been to Dalymount Park last year, but was in the Jodi Stand, on the other side, and the facilities seemed OK, but the end were Linfield fans were situated in was accessed via a narrow alleyway, and the turnstiles were like relics of the 1960s.

It could have taken just 1 person to get frustrated by the arrangements for a situation to develop. Thankfully, it didn’t.

The match itself was a disapppointing 2-1 defeat, with the game changing on a harsh red card for Linfield’s Markus Kane.

The away goal, and the performance certainly gives hope that the situation can be rectified in the second leg.

I’d planned to stay in Dublin for the afternoon and get the 7pm train but the constant rain made the decision to get an earlier train home an easy one.

Next up, is a trip to the North of England as part of April’s STLFTEM, where I received some good news on the ticketing front.

I managed to get tickets arranged for the Blackburn v United game at Ewood Park next Sunday, while I also got lucky by managing to be successful in getting tickets for a Five Live show debating the future of Liverpool and Everton.

Still undecided about wether to head to Bramall Lane for Sheffield United v Coventry, but most definately looking forward to seeing James at Sheffield Academy.

Meanwhile, got May sorted for STLFTEM with a ticket for Echo and the Bunnymen at Custom House Square., which is on the same day as the Irish Cup Final.

No pressure Mr Jeffrey, but you’d better not cock-up the semi-final.

Meanwile, June’s STLFTEM has been sorted with Tegan and Sara at Mandela Hall.

Until then, enjoy some photos from Dublin