Bryan Robson is the cover star of this week’s edition of Shoot, as he aims to lead Manchester United to their first title in 19 years.

As you open the magazine, there is a double page feature on the decline of Ipswich Town, who have gone from title challengers to fighting against relegation, with stars deserting over the previous three years since Bobby Robson left to become England manager.

In news, Frank McAvennie suggests that John Robertson and/or Gordon Durie could be the next Scottish strikers to move to an English club. One player not moving from Scotland to England is Richard Gough, after Dundee United rejected a bid from Aston Villa to sign him.

Meanwhile, Trevor Francis hits back at Malcolm MacDonald, who criticised his continued selection for the England team.

Shoot’s editorial pleads for English fans to behave whenever they are abroad, after England had been allowed to enter the qualifiers for Euro 88.

Gary Lineker gets a double page photo story of his recent hat-trick against Turkey, the 34th hat-trick by and England player since World War II.

Another young player doing well is Alan Dickens, who is hoping to break free from the shadows of Trevor Brooking.

You wouldn’t have seen any of Lineker or Dickens goals due to a TV blackout caused by a dispute between the governing body and boradcasters, so Shoot does a double page photo collage of the best goals in that time.

Mickey Thomas hits back at his critics, having just signed for West Brom, and hoping to keep them in Division One.

Argentina’s preparations for the World Cup in Mexico have been rocked by a dispute between manager Carlos Bilardo and players Daniel Passarella and Ubaldo Filol, after Bilardo declared the only player guaranteed a place in the squad was Diego Maradona.

Terry Venables criticises Andoni Goicochea of Athletic Bilbao, after his playacting got a Barcelona player sent-off in a recent game between the sides.

Meanwhile, Michael Laudrup urges his club Juventus to sign his 16 year old brother Brian, who he describes as being better than him.

Aberdeen manager Alex Ferguson, hoping to lead the club to a 3rd successive title, states that any team wanting to win the title can’t afford to lose more than four games.

Meanwhile, Watford defender Nigel Callaghan concedes he won’t be going to the World Cup, but wants to be an England player beyond 1986.

Shoot interviews a player from each division to see what life as a footballer is really like, with Frank Lampard of 4th division Southend revealing that the club are considering flying to their away match at Wrexham.

In Scotland, 21 year old Andy Goram has caused a sensation by getting his first international call-up and keeping a clean sheet in the friendly against East Germany, as he provides competition for regular choice Jim Leighton.

Based in the North-West of England, Goram was contacted by Arthur Albiston of Manchester United to offer him a lift to the squad.

Talking of Scottish footballers, Charlie Nicholas uses his column to state that he won’t be signing for Liverpool.

Staying in Scotland, St Mirren get a full page profile.

Jimmy Greaves Star Letter came from Jeremy Butler from Southampton, who complains that teams like Canada devalues the World Cup, but Jimmy disagrees with him. 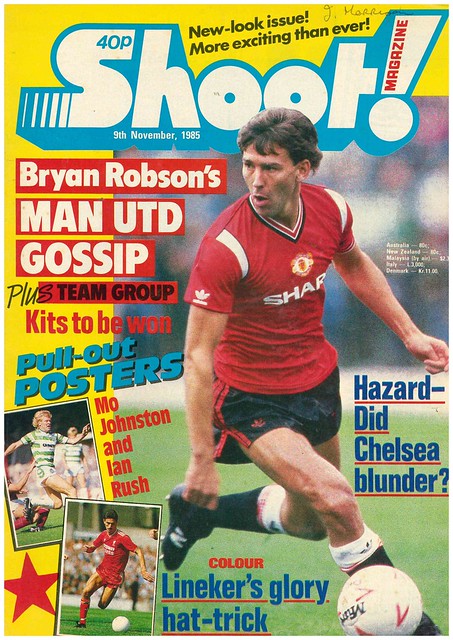 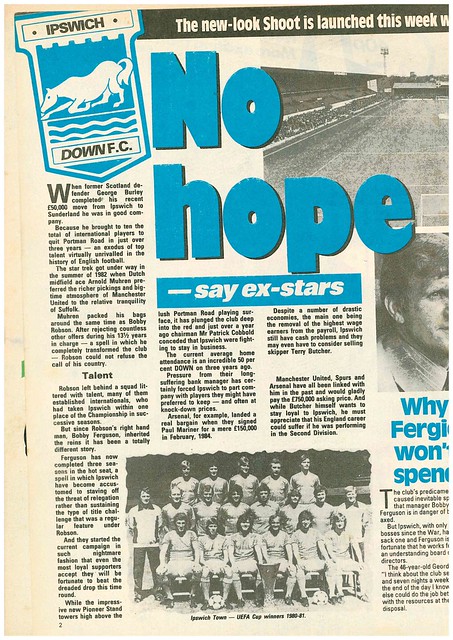 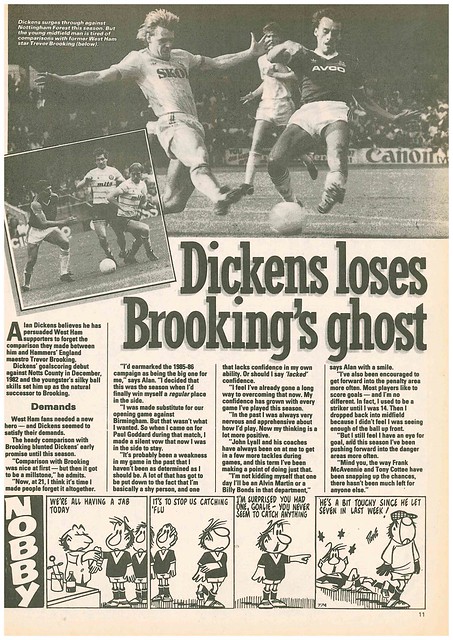 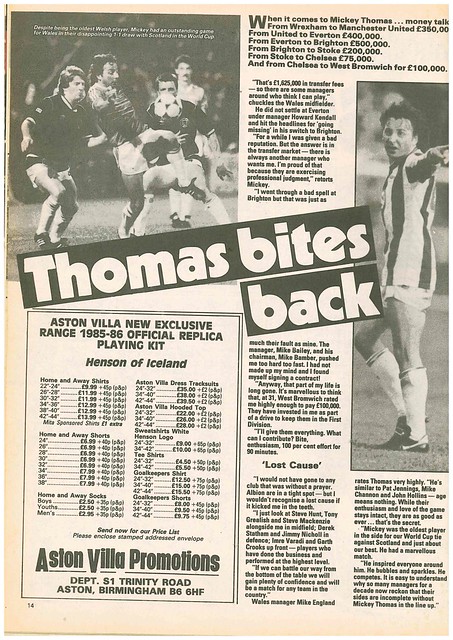 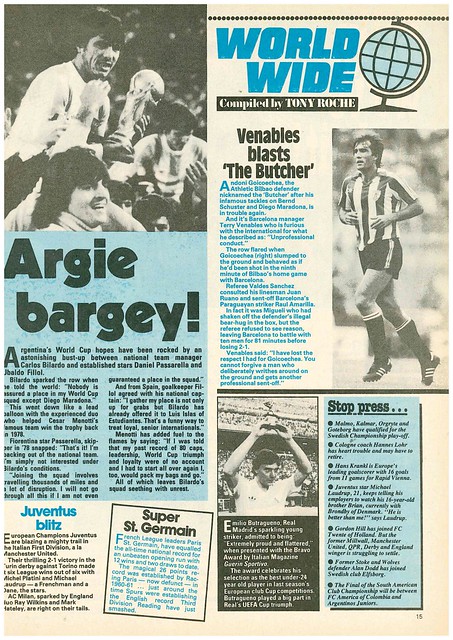 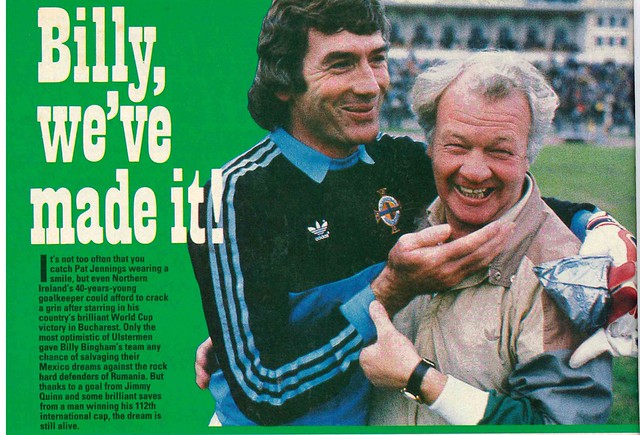 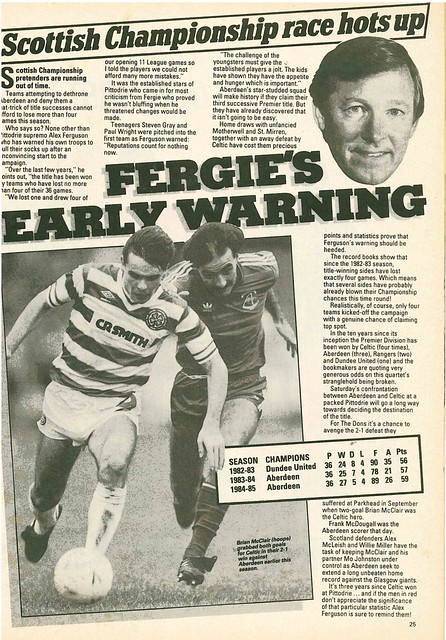 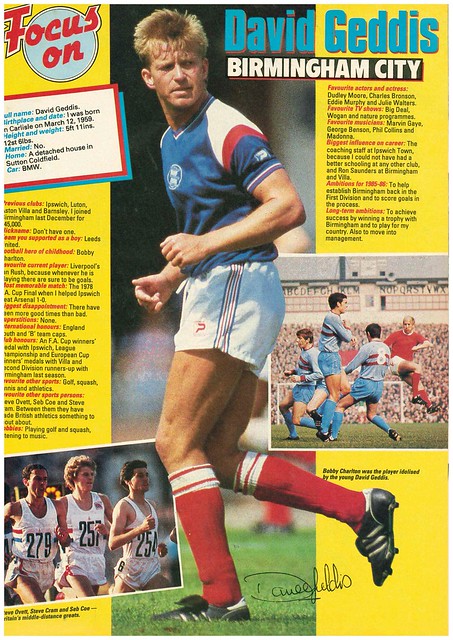 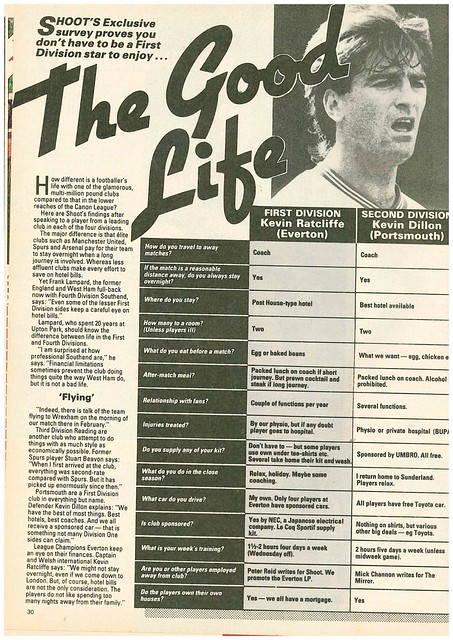 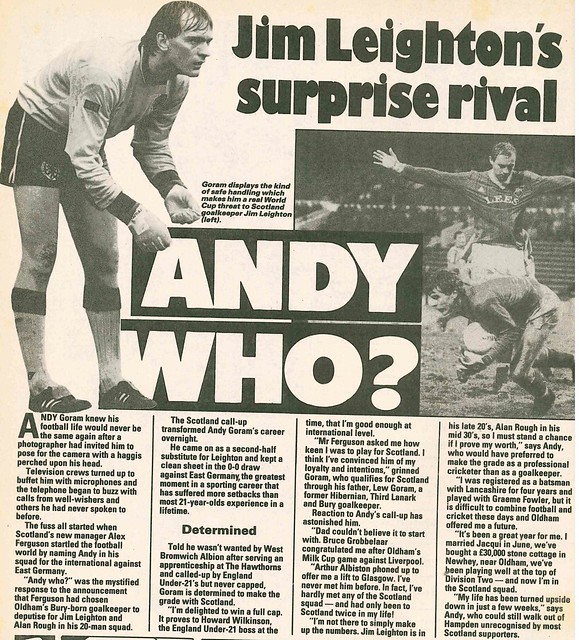 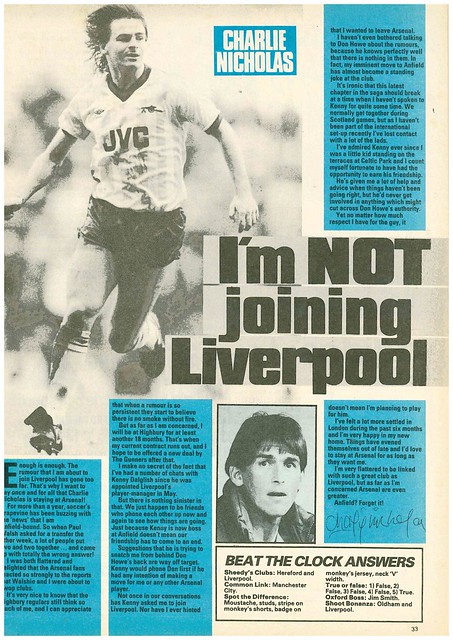 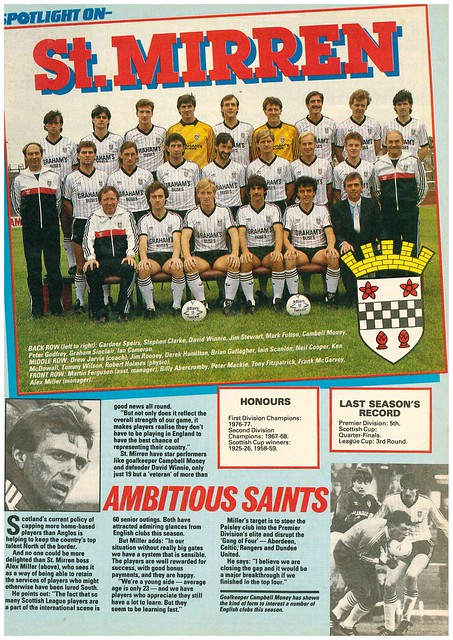 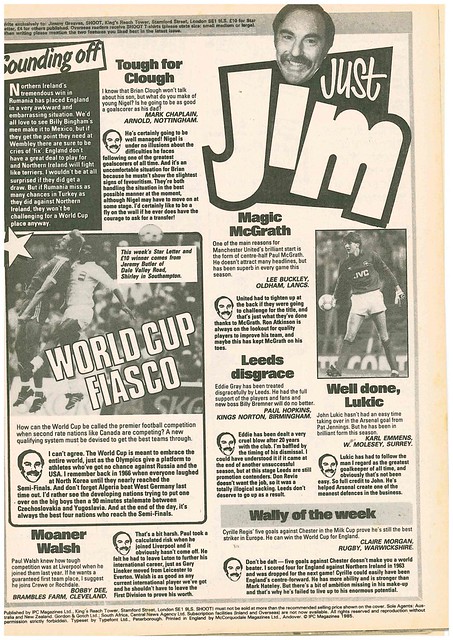 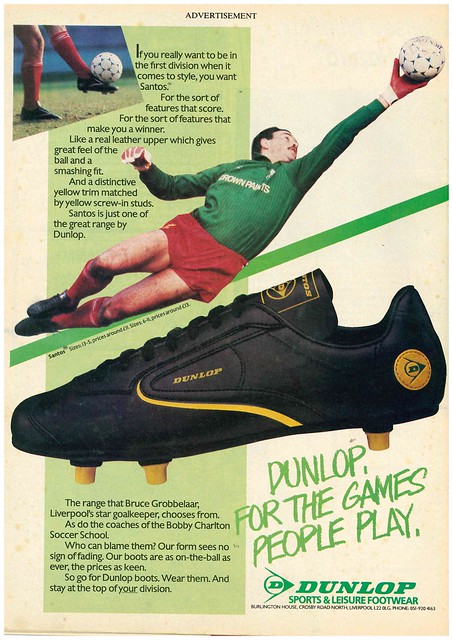