It’s the FA Cup Final, as Everton and Watford take centre stage on this week’s copy of Match.

There is fighting talk from both teams. Peter Reid states that there is no way Watford will score against Neville Southall, while Mo Johnston is determined to win the cup for suspended captain Wilf Rostrun, and let him lead out the team at Wembley in the following season’s Charity Shield.

Chelsea get a double page feature, having just been promoted to the top flight of English football after an absence of five years.

In foreign news, Juventus have been rocked by the news that Claudio Gentile might be leaving the club in the summer.

Staying in Italy, Luther Blissett of AC Milan tells Match how delighted he is to have been recalled to the England squad.

In preparation of that summer’s European Championship, Match is previewing the teams, with Romania, written down as “Rumania” being this week’s subject.

Andy Gray and George Reilly are profiled, with Gray revealing his favourite singer is Rod Stewart, and that his personal ambition is to have an uneventful private life.

Mark Hughes gets profiled, having broken into Manchester United’s first team this season, revealing that he thought he would have to leave United in order to advance his career.

A team-mate of Hughes in the future will be Gordon Strachan, who is set to join United from Aberdeen, with his last game for the club being the Scottish Cup Final against Celtic, a game Aberdeen will lose according to Hibs goalkeeper Alan Rough, previewing the game for Match.

It had been suggested that Aberdeen manager Alex Ferguson has been mellowing, but he told Match that his wife had told him to behave himself. 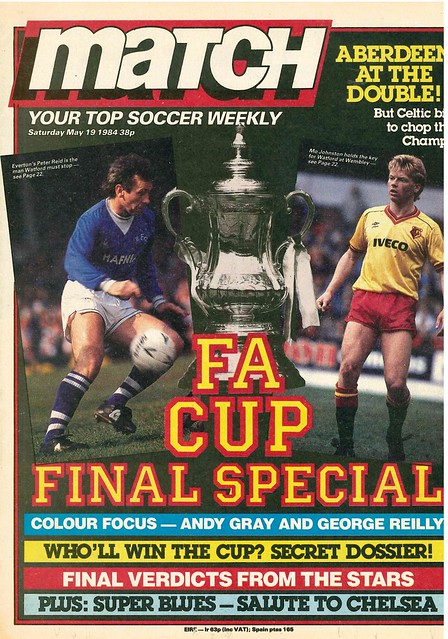 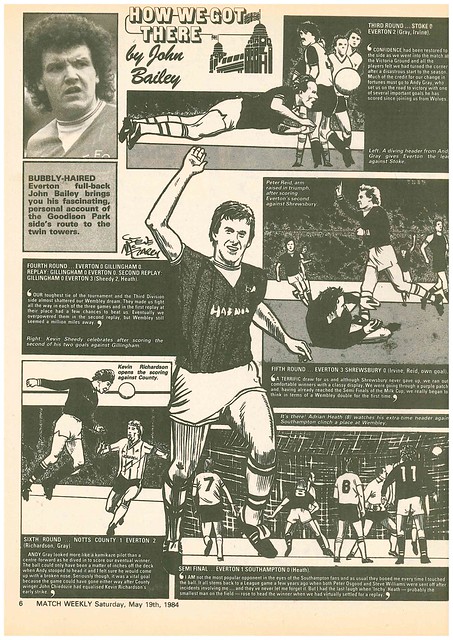 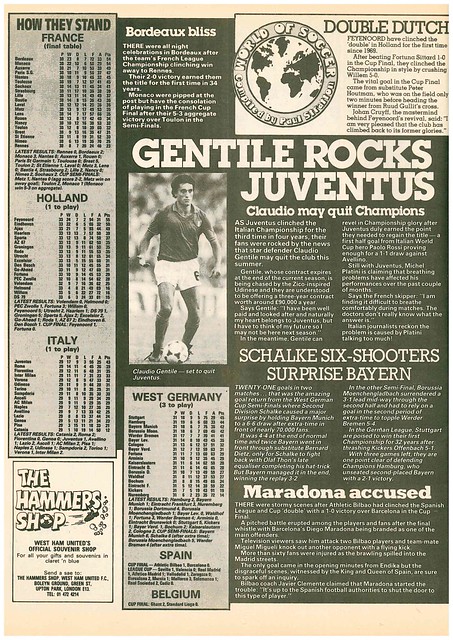 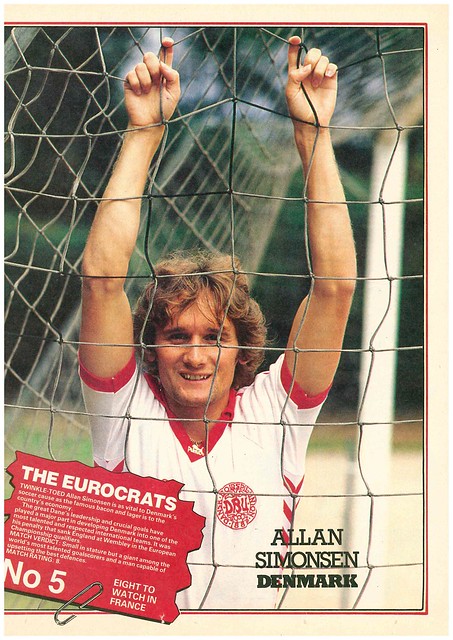 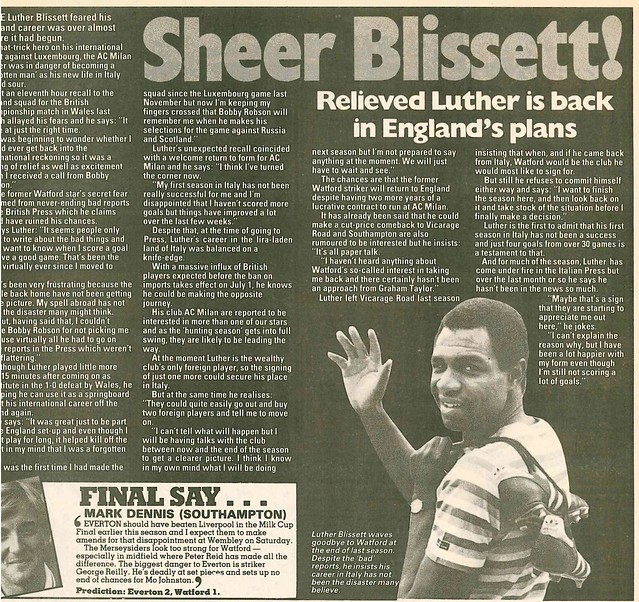 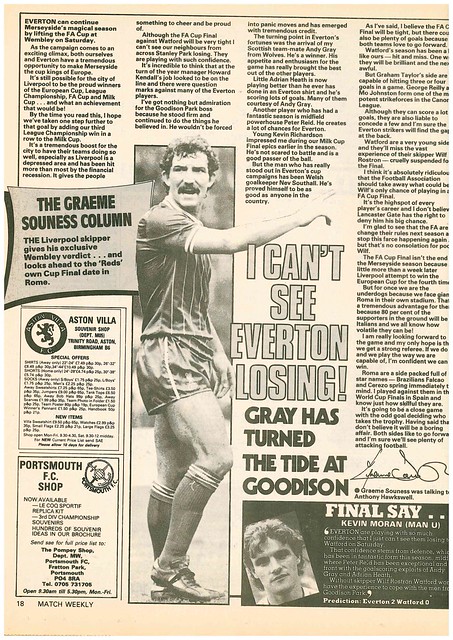 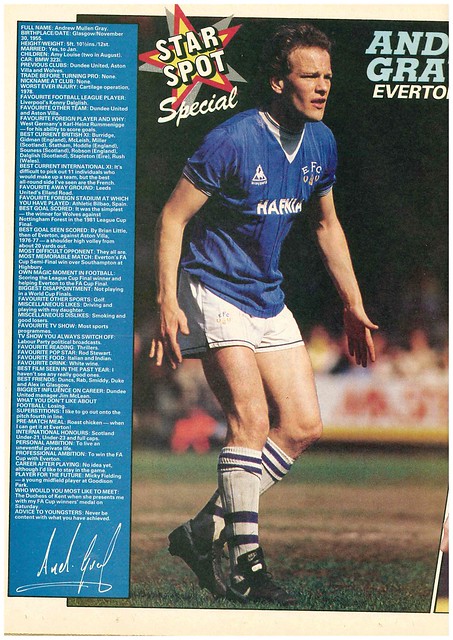 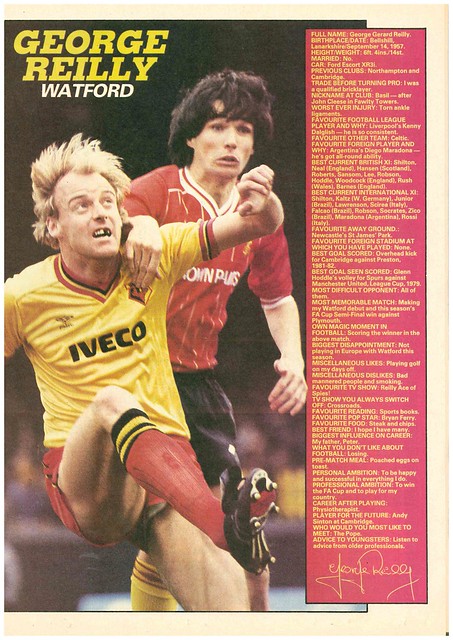 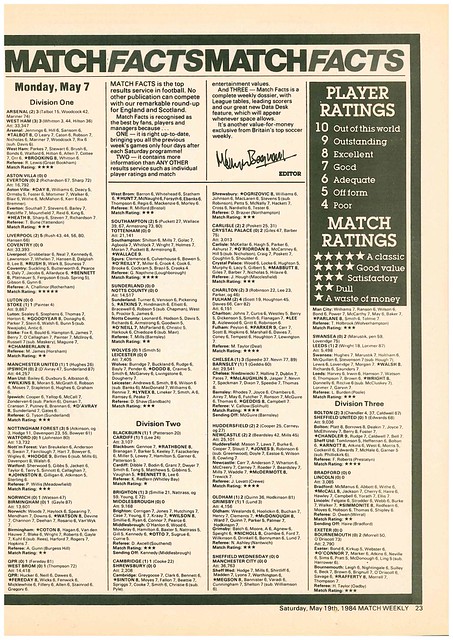 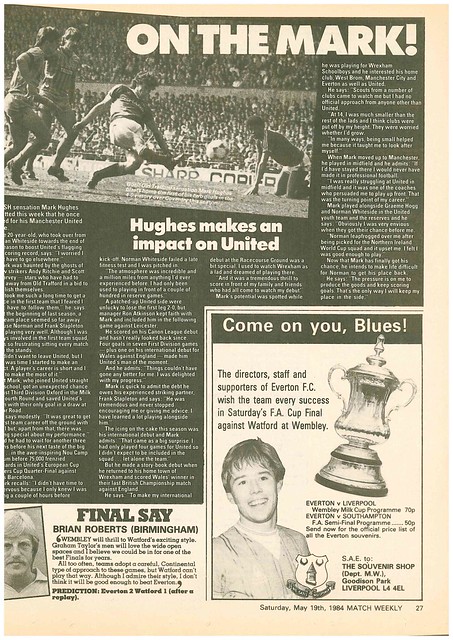 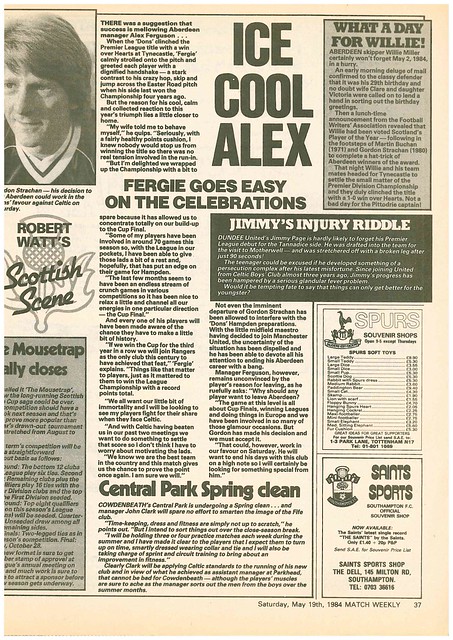