Mick Jagger, having just brought out a solo album, is the cover star, as Q celebrates it’s 1st birthday.

It “celebrates” by unleashing it’s wrath on Clive James, making him the subject of their “Who the hell does …….” column.

Taylor Hackford, currently working on a biopic of Ritchie Valens, gets interviewed about the project, about how he tracked down Valens mother and tried to gain her trust and support of the project. The movie featured a cameo appearance by the band Los Lobos, who had a massive hit that year covering La Bamba.

ABC, making a comeback get a feature, with Martin Fry asking Q to pass on a message to his fans …. “Just tell the motherfuckers we are back”

Q does a feature on the current trend of album launch parties, complete of a picture of Sigue Sigue Sputnik partying with Leo Sayer, breaking down the guestlist rankings that PR companies use.

If you can only attract D-Listers, you could be partying with Sinitta or Kim Wilde.

Chrissie Hynde gets interview about her concert memories, that Rolling Stones were the first band she say play live, and she drive 100 miles to see The Kinks when she was 18.

With Mick Jagger and Keith Richards bringing out solo albums, Mick describes it as a “Trial Separation”, amid rumours of a Rolling Stones split. 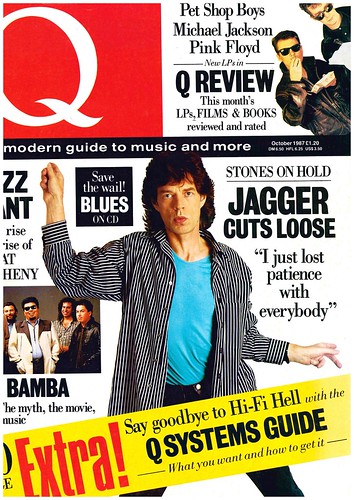 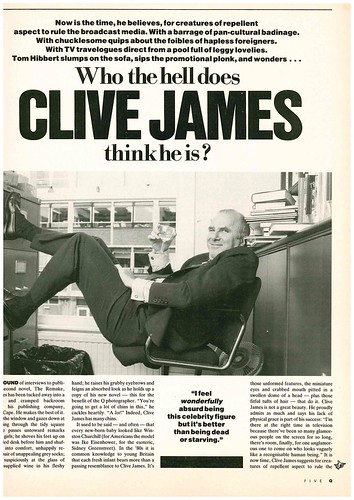 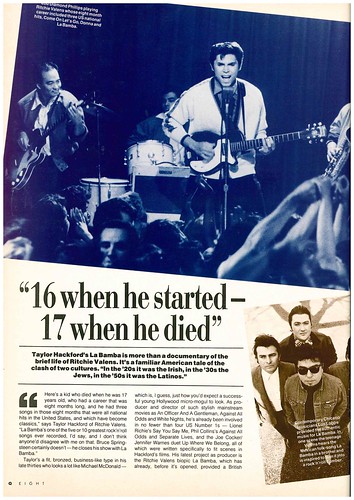 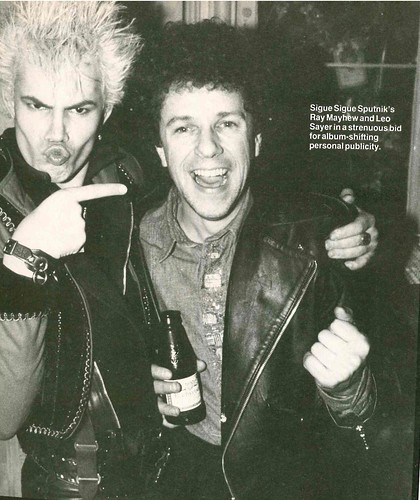 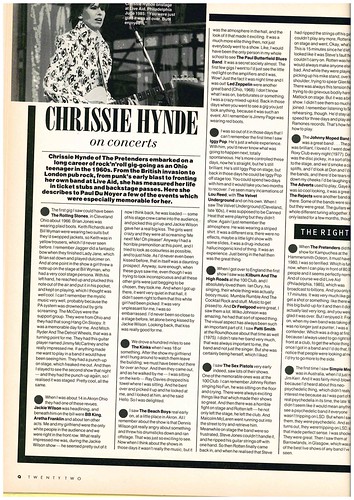 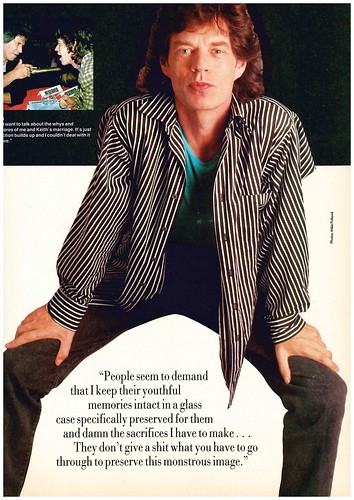