Dennis Wise and Dan Petrescu are the cover stars of this week’s edition of 90 Minutes, which has declared Chelsea as the season’s surprise package.

In news, Manchester United have taken Mark Fish on trial. United have also signed a new kit deal with Umbro worth £40m – £65m.

Leeds United have been ordered bu UEFA to upgrade their dressing rooms for Euro 96, at a cost of £500,000.

There is a three page spread on Chelsea, with 90 minutes describing it as their finest team since the 70s.

Clyde are facing Rangers in the Scottish Cup, and 90 Minutes has an interview with Clyde’s ageing Celtic legend Charlie Nicholas.

Also getting a feature is Blackpool, after it is claimed that their stadium is being haunted by the ghost of Admiral Nelson.

In competitions, you could spend a night with Paul Merson.

As Euro 96 approaches, there is a full page profile on the French team, so good, that David Ginola and Eric Cantona can’t get a game.

90 Minutes Live canvasses supporters at Coventry City v Manchester City for the worst refereeing decision they have ever seen. 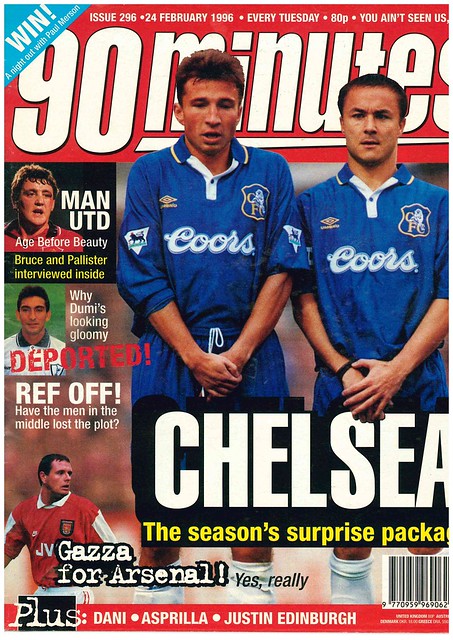 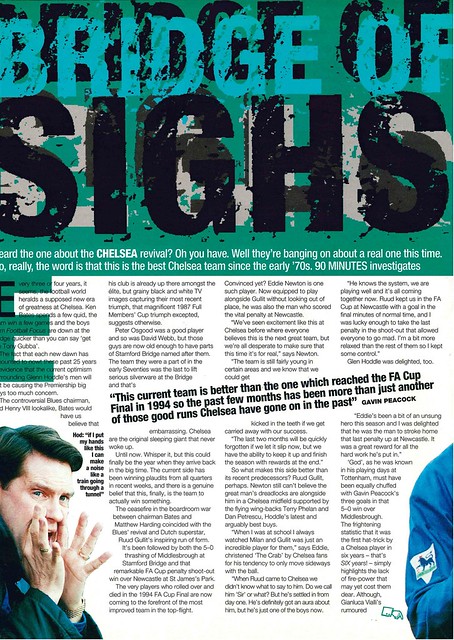 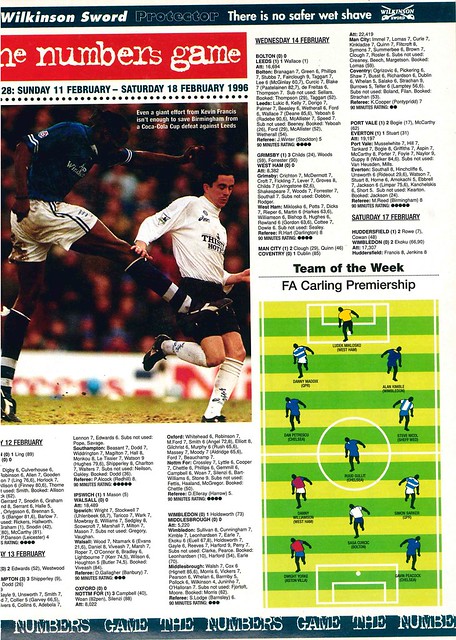 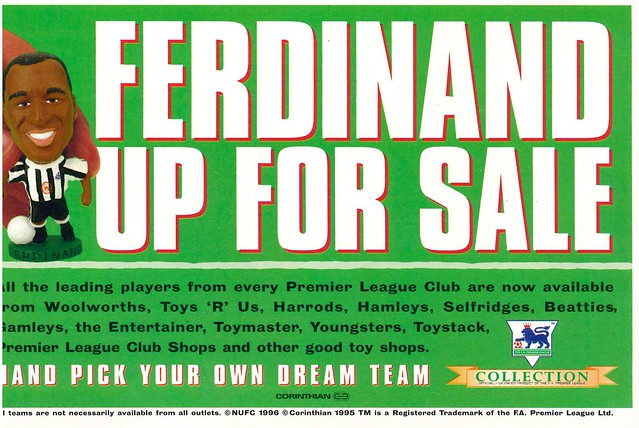 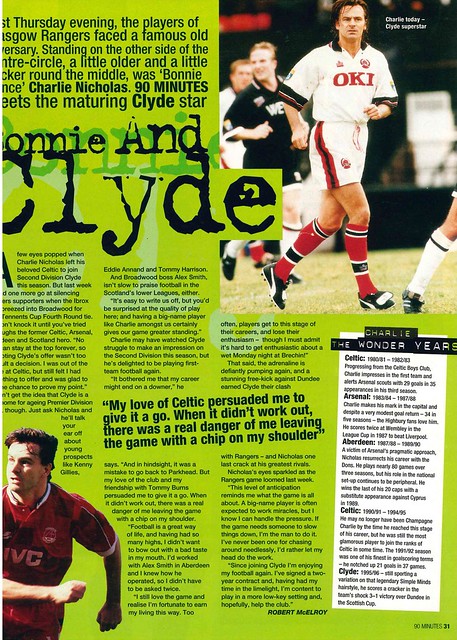 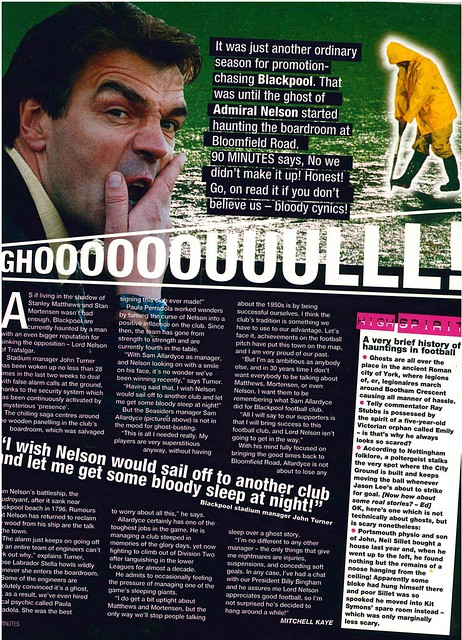 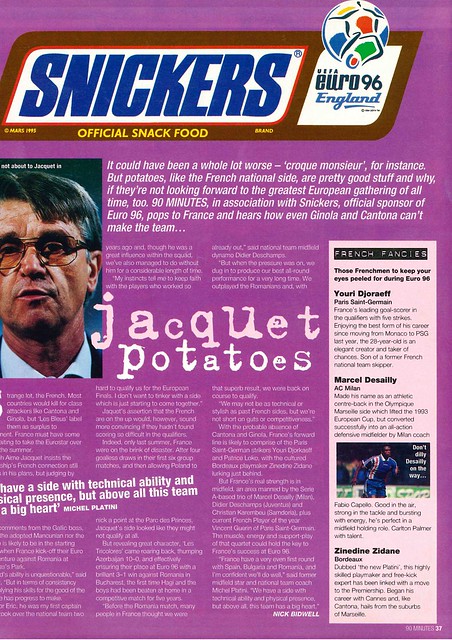 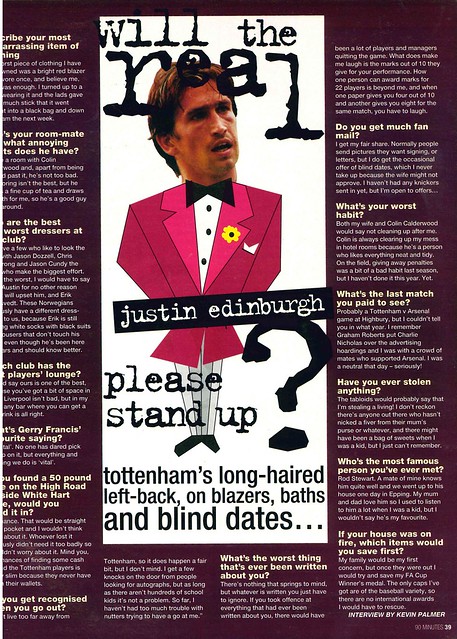