Action from a match between Stoke City and Manchester City is the cover image as the the 1970-1971 season approaches it’s final stages, with Shoot asking if Leeds or Arsenal will be Champions.

Shoot does a double page spread where they interview players such as Nobby Stiles, Glyn Pardoe, John Sissons, Bobby Gould and Mark Lazarus about what it is like to score at Wembley.

Even though he is a defender, Bobby Moore uses his column to declare that matches are won in midfield, and commenting on who his favourite midfieldes are.

Peter Shilton gets given a full page by Shoot to explain how he manages to kick the ball so far up the field.

There is a poster of Sunderland defender Colin Todd.

Scotland are in action against Belgium in a European Championship Qualifier, with Shoot noting that history was on Scotland’s side, as they had a better record in head to head meetings between the two sides.

England were also in European Championship action, away to Malta, with Shoot’s preview pointing out that Malta have the ability to hold out against England. England won the match 1-0.

Shoot previews the title run-in between Leeds and Arsenal, listing their remaining fixtures but sitting on the fence with regards to who will win it.

Arsenal won the league that season, finishing 1 point clear of 2nd place Leeds, and then added the FA Cup, becoming the 2nd side in the 20th Century to win the League and FA Cup double.

John Hollins is interviewed, stating that he studies Bobby Charltopn and Billy Bremner in an attempt to be a better player, stating that he wants to be part of England’s squad for the 1974 World Cup.

Dick Staite of Clyde is interviewed, and he states that the person he would like to meet most is Alexander Dubcek, former Prime Minister of Czechoslovakia.

Alan Ball uses his column to state that stay away fans are affecting team morales, as players find it difficult to play in front of empty stands.

Peter Simpson previews Arsenal’s trip to Anfield, claiming that his side feel unbeatable. 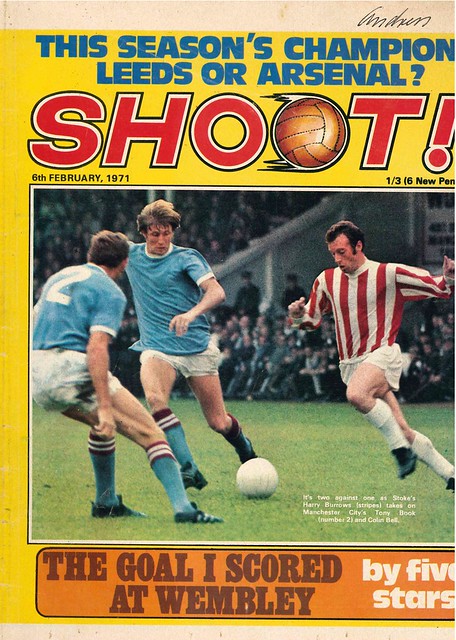 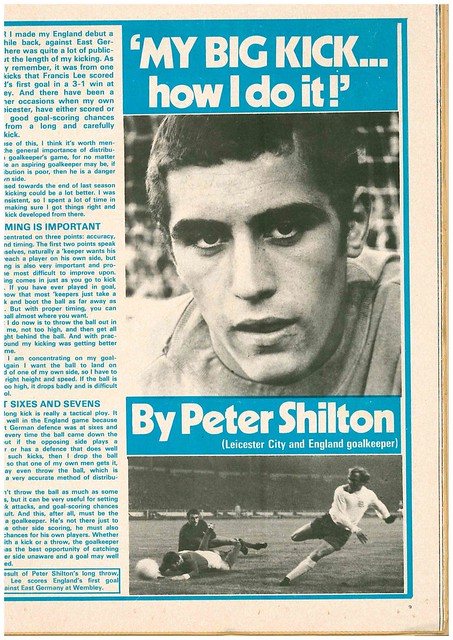 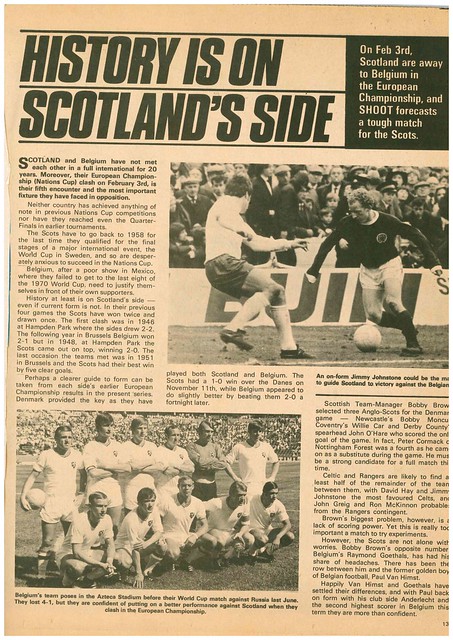 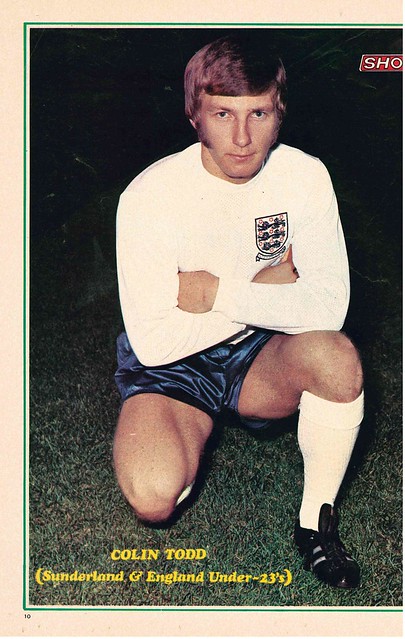 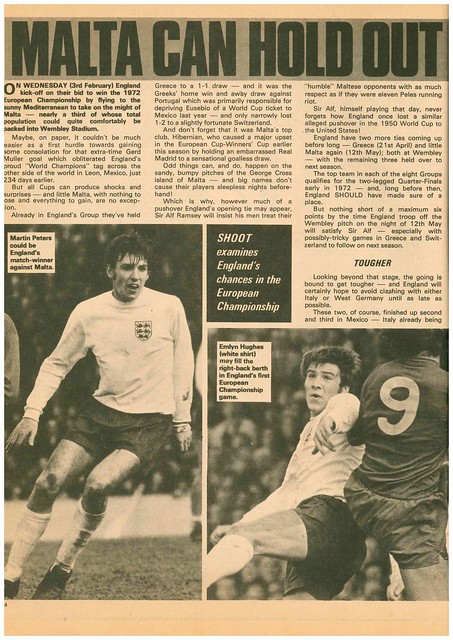 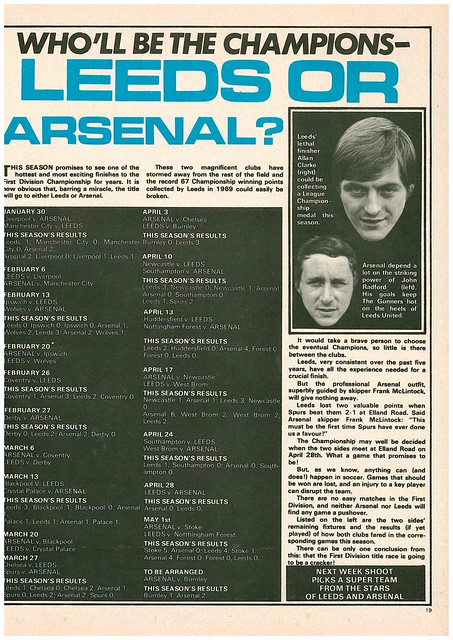 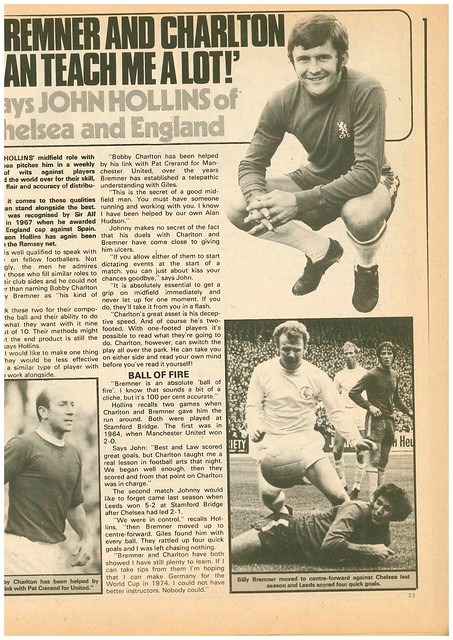 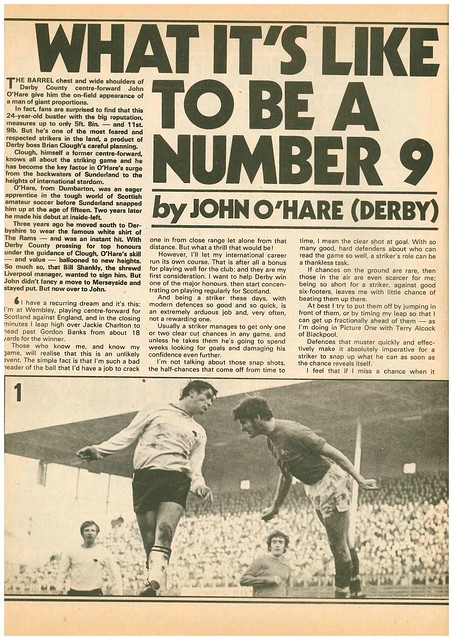 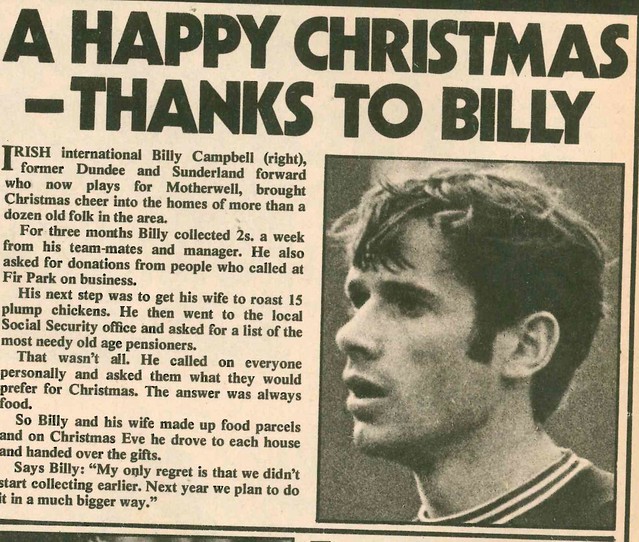 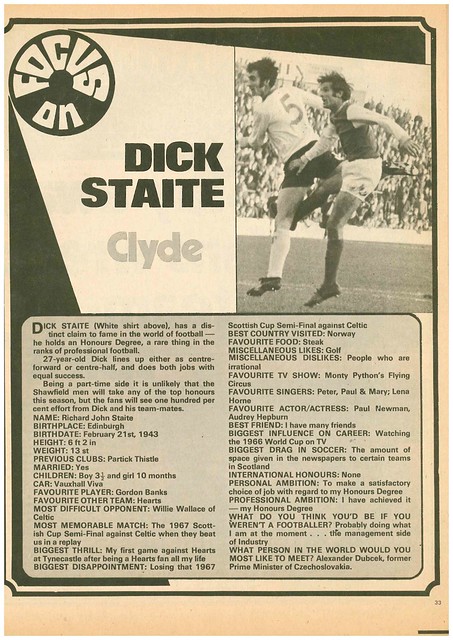 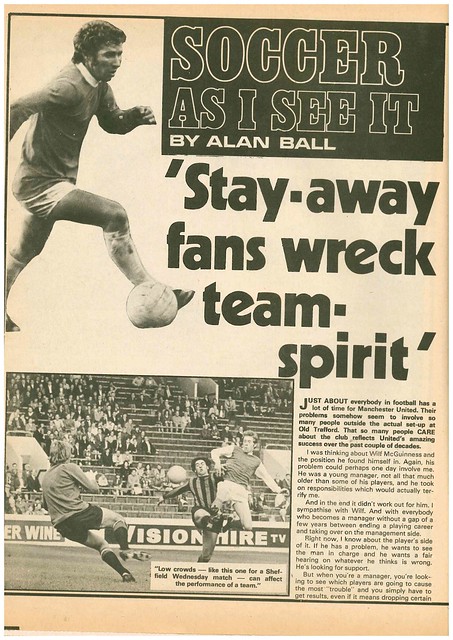 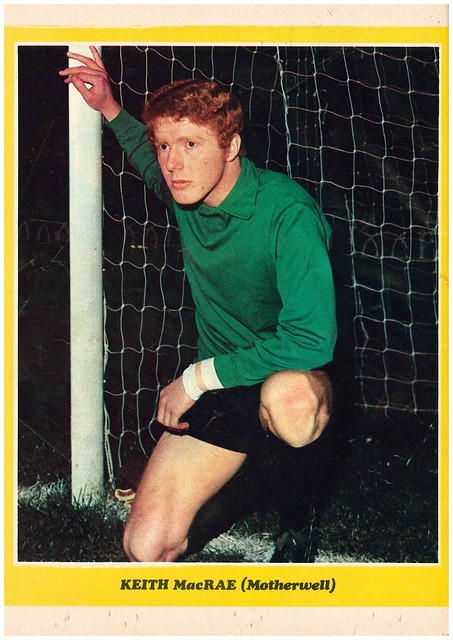