As you open the magazine, Tony Wilson (Or, as Q addressed him, Anthony H Wilson) felt Q’s wrath, being the subject of their “Who the hell does …….” column.

In news, Kurt Cobain introduced himself on stage in Newcastle as “I am a homosexual. I am a drug taker, and I fuck pot-bellied pigs” while relations between George Harrison and Eric Clapton were said to be strained, as they toured Japan together.

Freddie Mercuty of Queen had recently died, and Q does a double page picture of him on stage at Wembley, with accompanying text.

Tori Amos gets a double page spread, before you turn over the page to see a three page spread on the recently reformed Procal Harum

Also getting a three page spread is Marc Cohn, on the back of his success with Walking In Memphis.

Q does a chart of celebs who have treaded the boards in Panto over Christmas/New Year including Rod Hull in Crawley, David Essex in Bradford and Lionel Blair in Stockport.

Cover star George Michael gets featured, as Q joins him in New York, where he is about to perform two concerts at Madison Square Gardens.

Talking of concerts, Q follows up their feature on George Michael with a five page spread on ticket touting.

Lou Reed gets six pages as he prepares to bring out his 25th album, this one focusing on death.

With 1991 having just ended, Q looks back at the year, genre by genre, in a twelve page series, and then follows it with a two page look at the tours and albums coming in 1992. 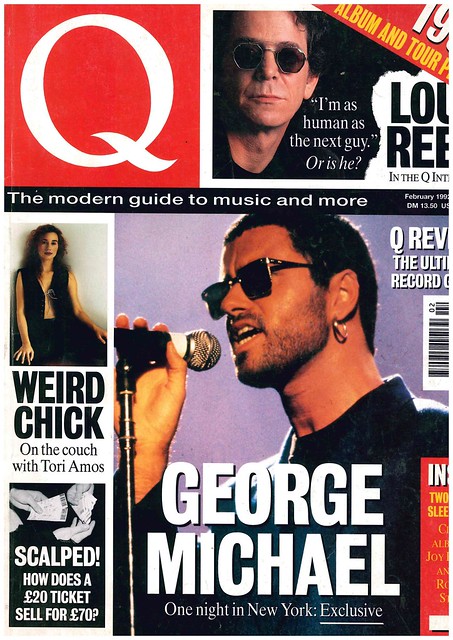 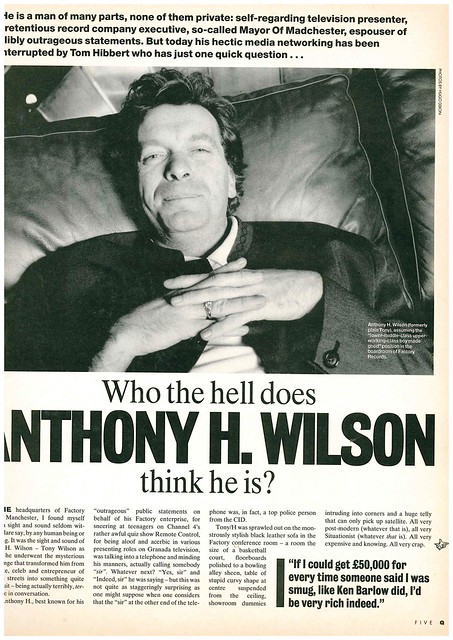 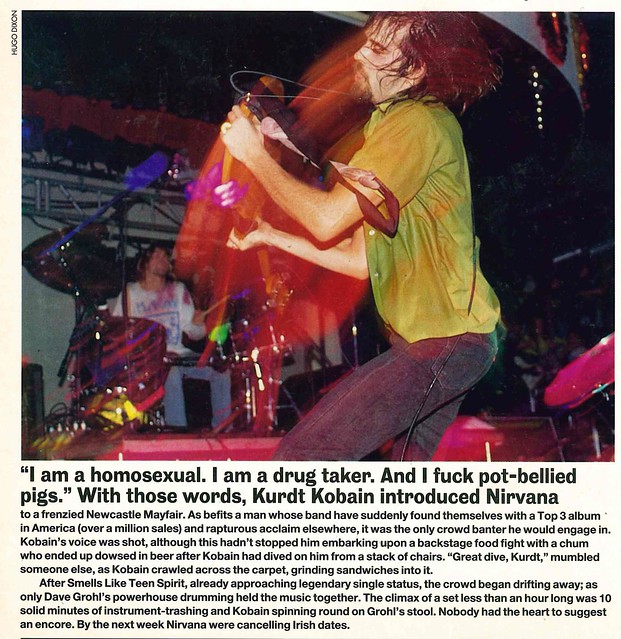 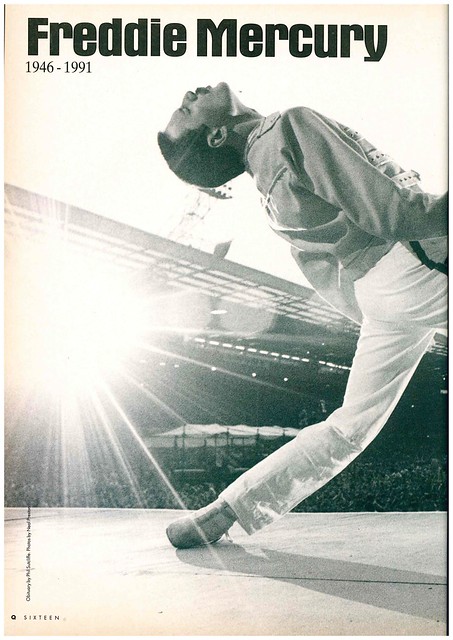 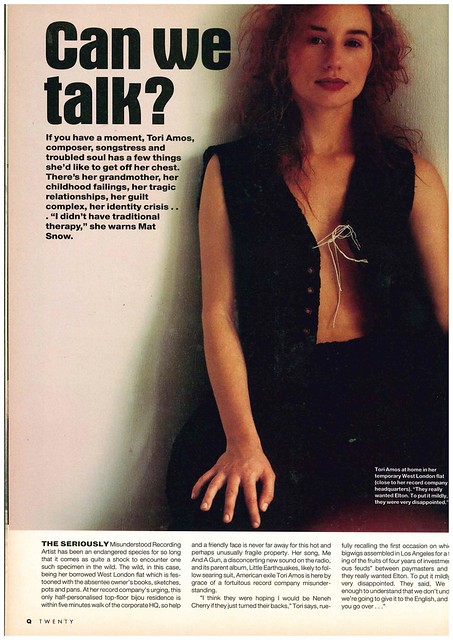 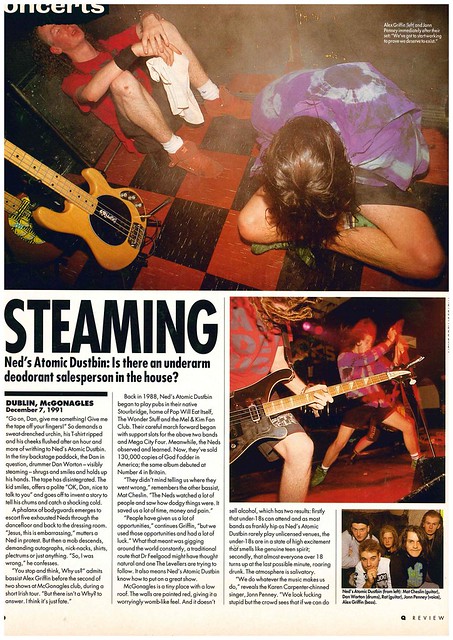 Beastie Boys are the cover stars, as Vox looks back at 3 festivals during the summer of 1994.

In news, the BBC announced plans for a music festival called Music Live 95, to be held over the late May Bank Holiday in Birmingham.

Suede have decided not to split, following the departure of Bernard Butler.

Eric Clapton dressed up as Batman to raise money for charity, while Oasis are going on a UK tour this month following success festival appearances.

VH1 launches, and will be broadcasting repeats of The Old Grey Whistle Test, while MTV (parent company of VH1) are considering bringing back the show on MTV.

Vox predicted big things for a band from Dublin called Blink. As it turned out, their main contribution to music history would be to copyright the name Blink, and force and American band called Blink to become Blink 182.

There is coverage of the Edinburgh Festival, doing a joint interview with Donna McPhail, Stewart Lee and Dorian Crook, labelling them the three hottest talents at this year’s Fringe.

The 3 main festivals getting covered are Phoenix, Lollapalooza and Glastonbury with a combined 15 pages covering these 3 events.

Terry Hall, formerly of The Specials gets a double page spread as he launches his solo career, at the same time he quits smoking.

With the World Cup over, and the Premier League not yet started, Vox comes up with a novel idea, of Team Tabs for your favourite bands, and a league table to chart their progress, complete with cartoons of Paul Weller, Jay Kay, Michael Stipe and Sinead O’Connor in football kits.

Vox looks at the history of t-shirts in music, asking Louise Wener, Sonya from Echobelly, Malcolm McLaren and James Dean Bradfield to talk about their favourite t-shirts. 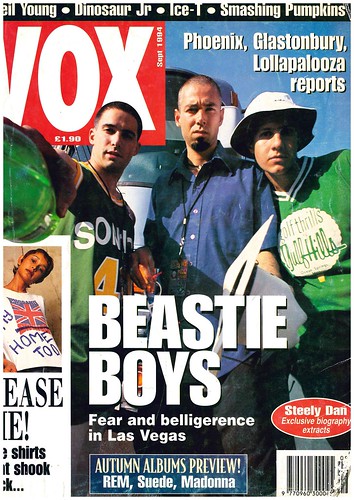 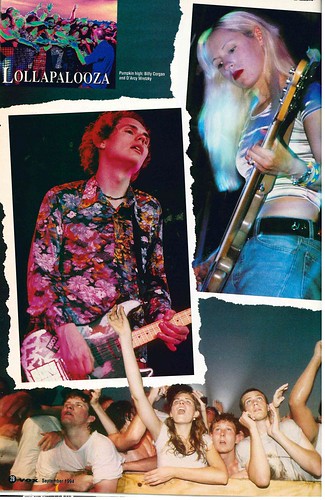 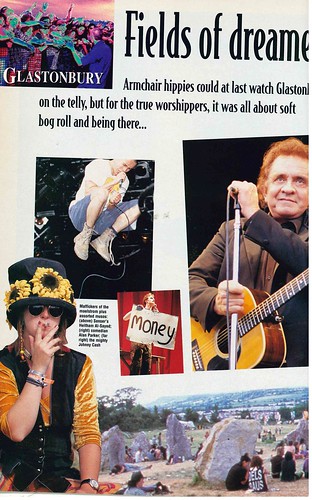 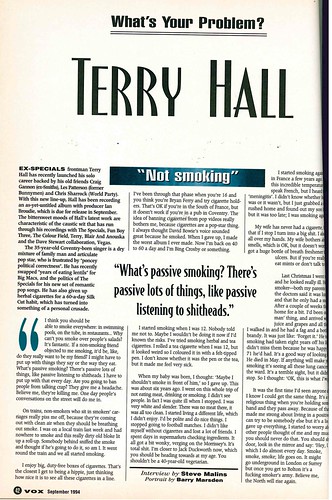 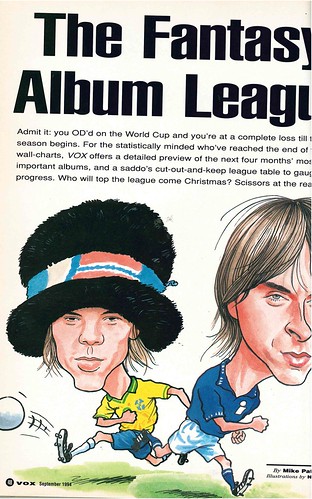 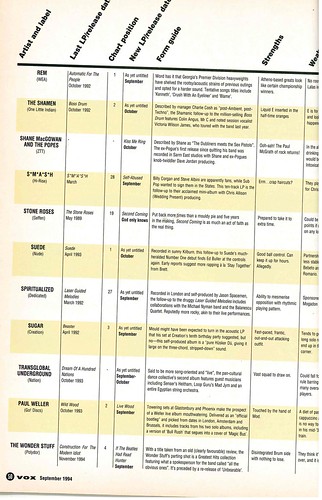 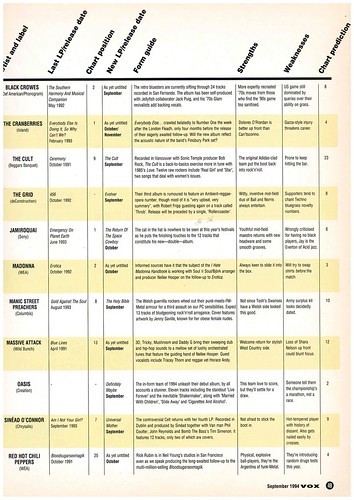 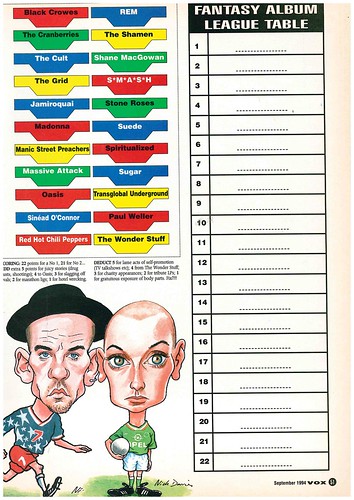 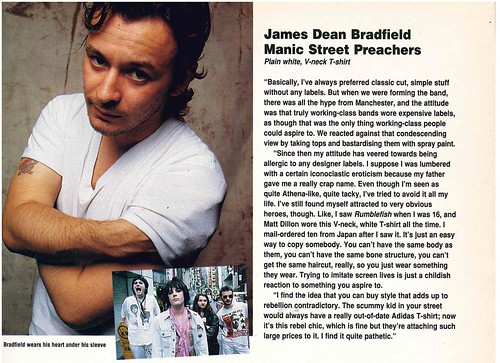 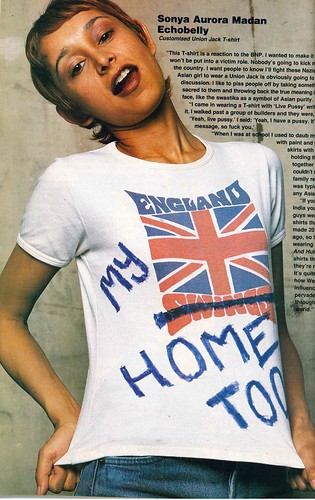 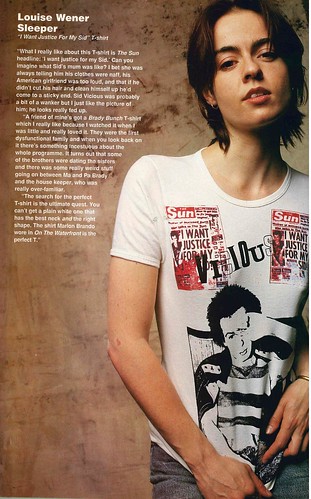 We begin this week with a would be birthday, as Jon Lee from Feeder would have been 46 this week. You’re best to ignore Jamie Theakston getting the name of the song wrong.

And now, for something completely different.

Terry Jacks turned 70 this week. I’d love to post a video of him, but there is none, so i’m posting a video of Westlife covering him. I’m sorry. I’m really really sorry.

Now, for Northern Ireland’s greatest musical talent. No, not Dana, but he comes from the same city (Well, if you want to be pedantic, not really, as she was born in London)

Eric Clapton was 69 this week. This song is a forgotten classic.

I’ve spent all this week trying to remember who won the 1988 Eurovision Song Contest. Oh wait, it’s all coming back to me now.

In the history of Boybanders gone solo, this song is up there with the best.

Hannah Spearritt from S Club 7 turns 33 this week. How old does that make you feel?

30 years ago this week since Marvin Gaye died. Scraping the barrel here, but here’s a Paul Young cover.

Back to this week’s birthdays ….. Karen Woodward of Bananarama, or, Mrs Ridgeley. What an A List couple that would have been in 1983.

There may have been no football, but June was still a busy month, with many photos.

At the start of the month, protest t-shirts began appearing on trees in Ormeau Park, and I saw Silhouette in concert at Stiff Kitten.

Meanwhile, I was out and about with my camera, and got some pics of Street Art and Graffiti near Lavery’s. There was even one in East Belfast declaring Eric Clapton’s divinity.

I also attended The Big IF, held at Botanic Gardens to coincide with the G8, where I got absolutely drenched watching Two Door Cinema Club do an Acoustic set. Not one of my more pleasurable photo adventures.

Meanwhile, on my travels, I saw Street Art in Lisburn urging people to love more, stencils of Norman Wisdom in Ballyclare, and attending Whitewash, a Street Art event in Portadown.

Eric Clapton and the G8

The Big IF Photo Album

Let’s face it, Eric Clapton and the G8 are not two things you would put together in a sentence, but what links them, is that they have been mentioned in wallspace across Belfast recently.

In East Belfast, someone has simply spraypainted “CLAPTON IS GOD”, a tribute to famous graffiti that appeared in London in 1967.

I don’t know who did it, but Eric Clapton did a concert in Belfast recently. Just saying.

With the G8 in town, i’ve only seen one piece of Street Art relating to it, in the alleyway around the back of The Fly, which simply says “Hate The G8”.

Meanwhile, I took the opportunity to check out some of the work at the back of Lavery’s. The last time I was there, I managed to get a piece paying tribute to Hunter S Thompson.

That is now gone, but there is a lot of excellent artwork worth checking out, outside the beer garden.

A word of warning though if you are checking it out, there are car parking spaces, so you may have cars blocking your view, the eternal enemy of a Street Art photographer.