Action from the opening game of Mexico 86 between Bulgaria and Italy is on the cover of Shoot, as they bring you the latest news from the ongoing World Cup.

England are hoping to win it for the first time since 1966, and their winning captain that day, Bobby Moore, is now a columnist for Shoot, and he lists the players that have impressed him in the opening games, such as Socrates, Maradona, Platini, Papin, Boniek, as well as Randy Regan and Bruce Wilson of Canada.

Bryan Robson is hoping to emulate his fellow Shoot columnist by lifting the trophy, but it hasn’t got off to the best of starts, as he writes of his frustration of England failing to win their first two games, but predicts England will reach the knock out stages. Beside his column is an advert for New Balance, which he endorses.

There is a double page interview with Jim Leighton, where he reveals that he didn’t want to be a goalkeeper.

News from Mexico includes that Fenerbache made approached Franz Beckenbauer to quit West Germany and become manager of Fenerbache, while in Italy, there is a potential match fixing scandal about to blow open.

Italy’s group opponents Bulgaria haven’t made many friends, by holding training behind closed doors and having armed guards outside their training facilities.

Shoot’s man in Mexico, Bill Day brands England’s performances “A disgrace”, while being complimentary about Northern Ireland, despite losing 2-1 to Spain.

Ray Daly from County Offaly writes to Jimmy Greaves to suggest that when Ron Atkinson’s inevitable departure as Manchester United manager is confirmed, the job should go to United legend Lou Macari.

There is a round-up of results from the 1985-1986 Scottish League seasons, with Steve Cowan of Hibs being top scorer, 2 ahead of Brian McClair. Both men would go on to win league titles outside their native country, Cowan with Portadown and McClair with Manchester United.

Outside of the World Cup, Republic Of Ireland are making progress under Jack Charlton, already lifting a trophy by winning a triangular tournament in Iceland against the hosts and Czechoslovakia.

Steve Hodge gets a full page profile having broken into the England squad in time to head to Mexico. A potential Aston Villa team-mate of Hodge’s is John Hewitt, in a contract dispute with Aberdeen, which gets a full page feature. Discussions are on hold at the moment, due to Aberdeen manager Alex Ferguson being in Mexico in his role as Scotland manager.

Nigel Winterburn of Wimbledon, looking forward to playing in the top flight for the first time, gets a full page interview, where he credits his former manager at Birmingham, Jim Smith, with saving his career.

There is also a full page profile of League of Ireland champions Shamrock Rovers.

In club news, Alex Ferguson spoke of his dislike for agents after Eric Black moved to Metz, while Liam Brady was leaving unsubtle hints for Arsenal to buy him back. 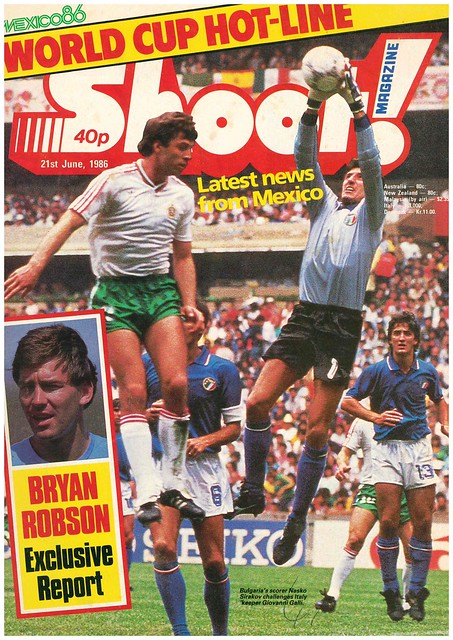 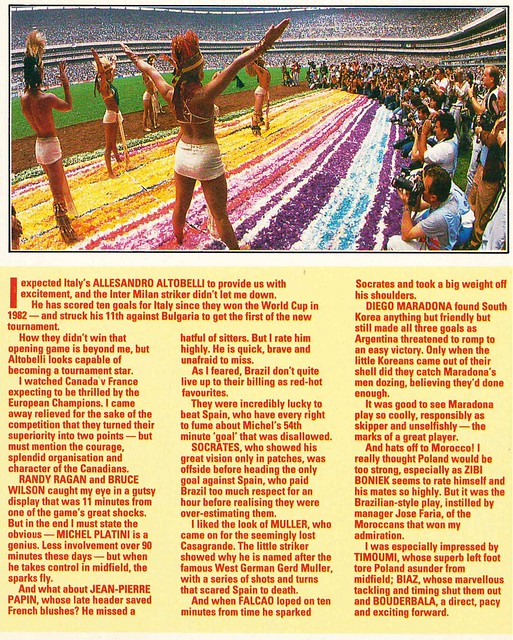 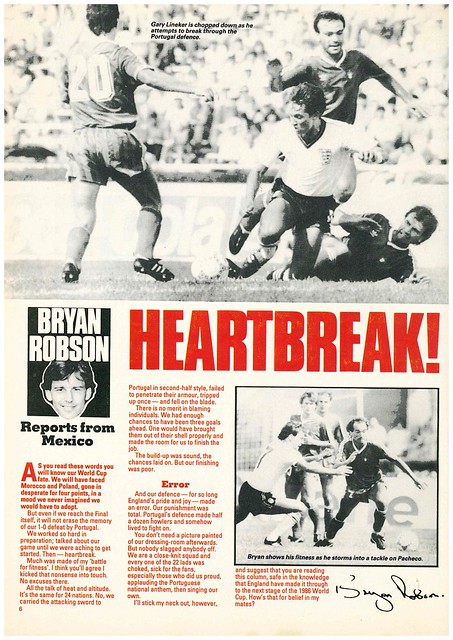 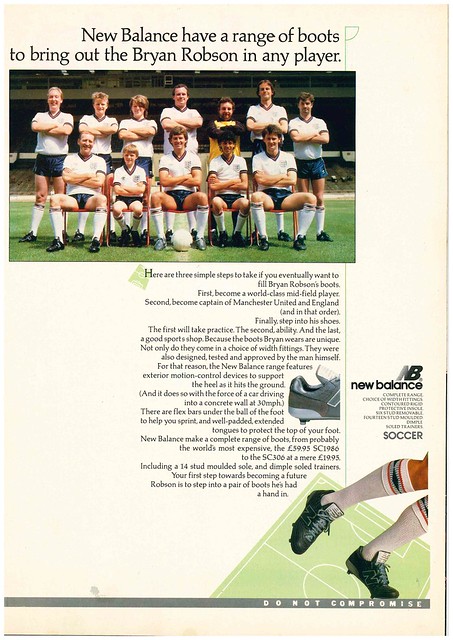 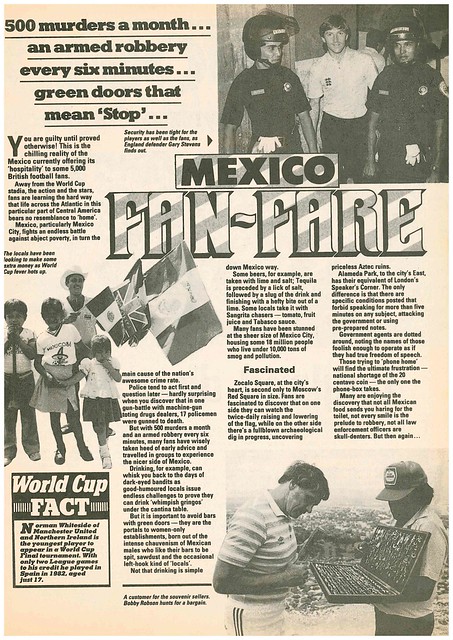 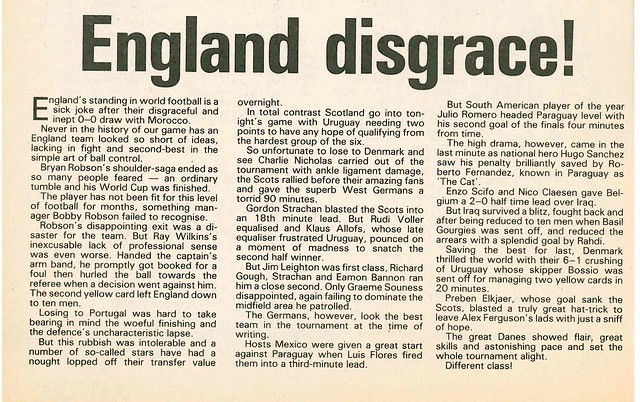 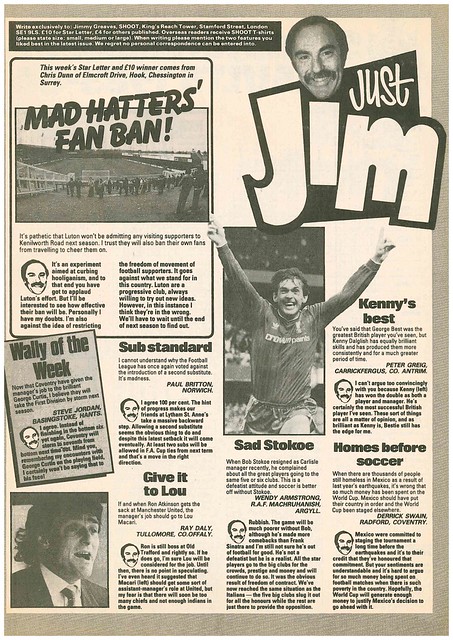 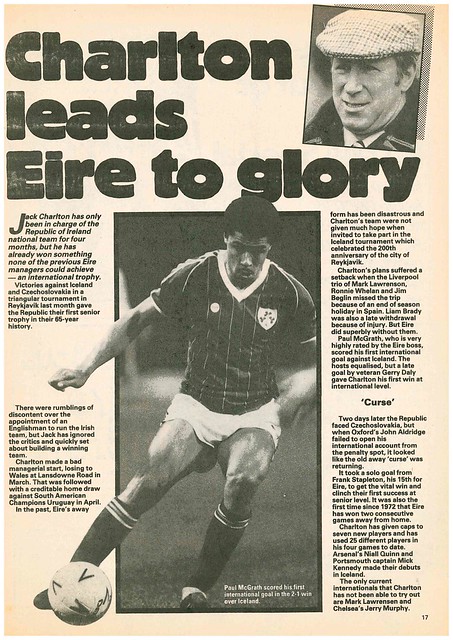 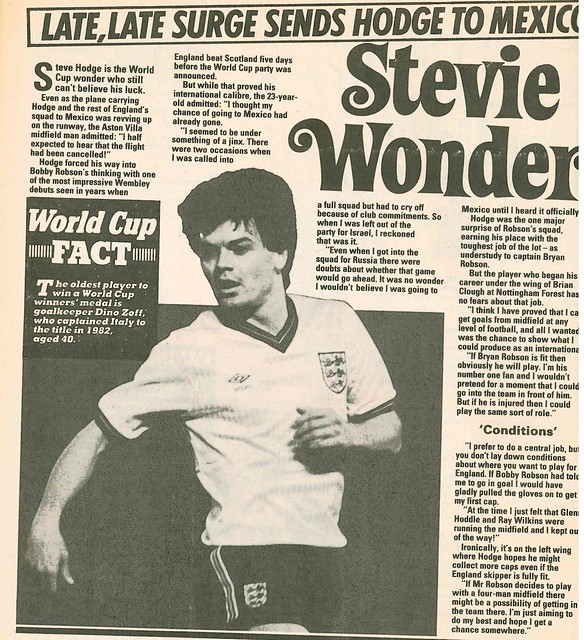 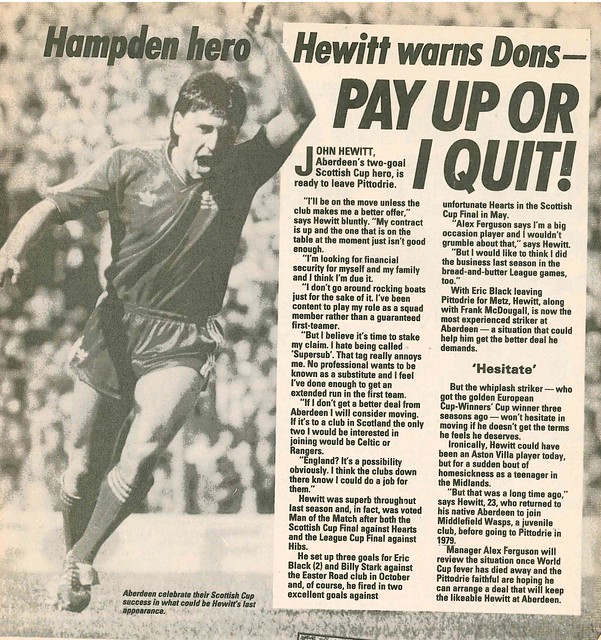 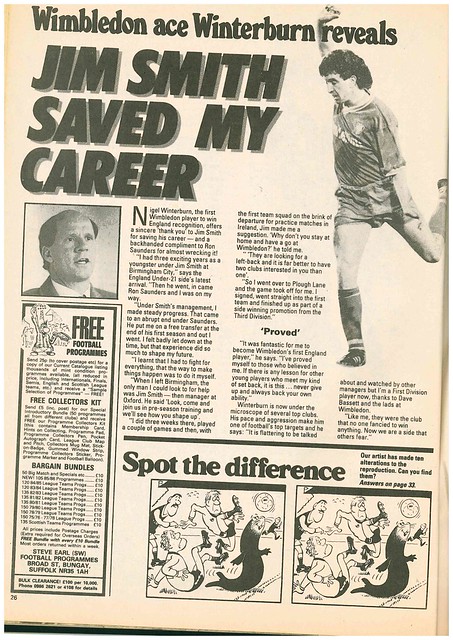 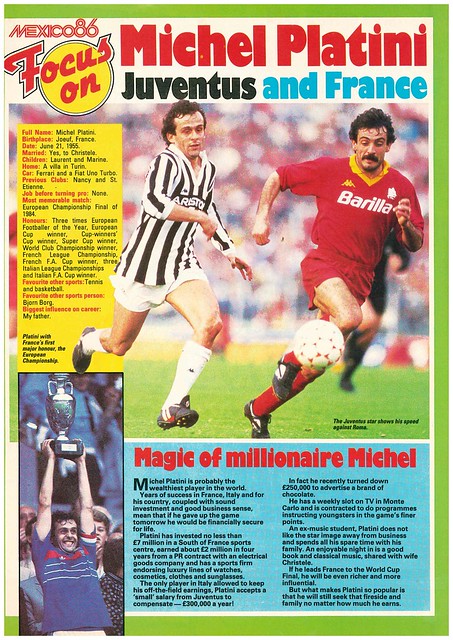 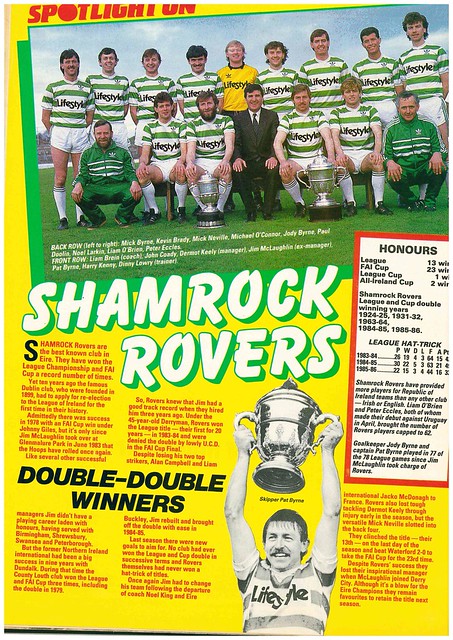 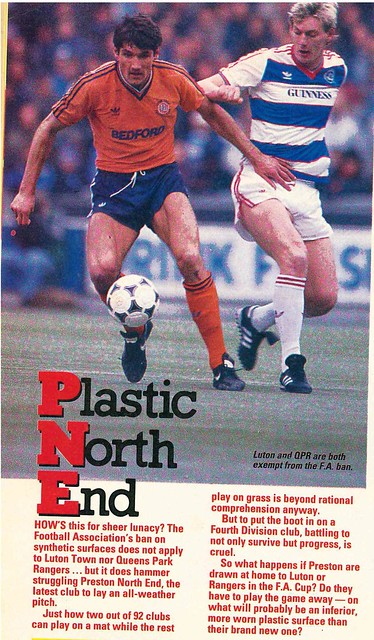 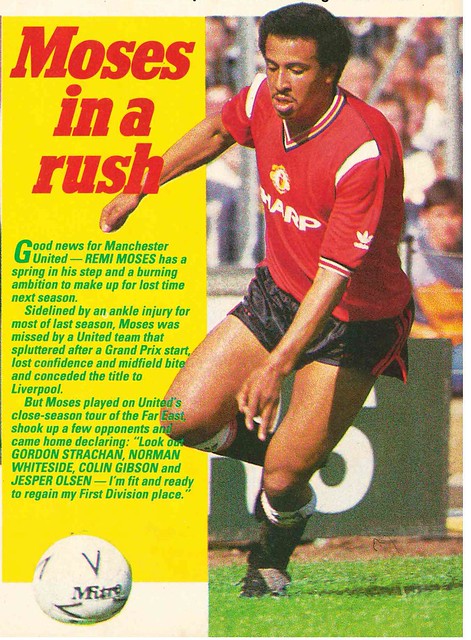 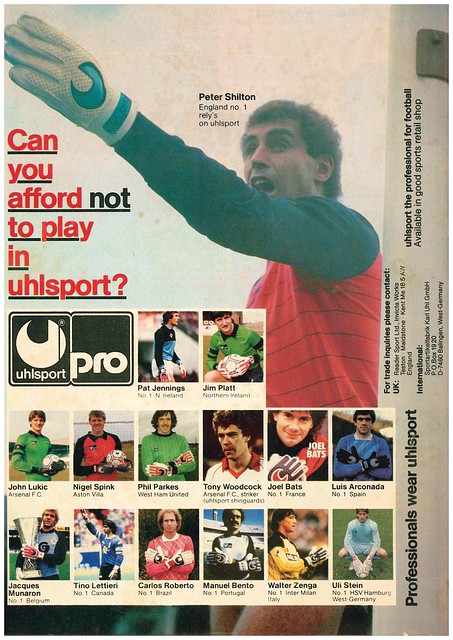