Christian Vieri is the cover star of this edition of Football Italia having just signed for Lazio.

Vieri’s move from Atletico Madrid to Lazio gets covered in news, as does Patrick Kluivert’s move from AC Milan to Barcelona, who areunder pressure to replace Ronaldo, who left the previous year.

Three pages are dedicated to Italy’s opening Euro 2000 game, a 2-0 win over Wales at Anfield, Dino Zoff’s first as manager.

There is also international action being reviewed in terms of Italian sides in the three main European competitions, with Juventus getting off to a slow start in their European Cup group.

Also getting reviewed is the early rounds of the Coppa Italia.

Inter Milan get a five page profile, which includes interviews with Roberto Baggio and Ronaldo.

Also getting a five page profile is Fiorentina, under new manager Giovanni Trappatoni.

Oliver Bierhoff gets profiled, having moved from Udinese to AC Milan.

Staying in Milan, there is a profile of Guiseppe Bergomi of Inter, one of the veteran players in Serie A. 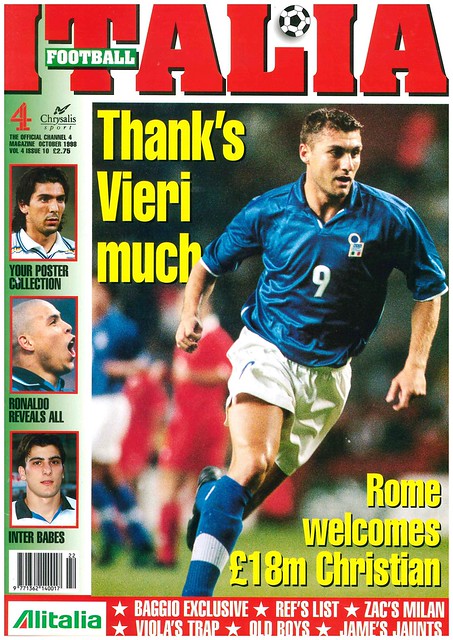 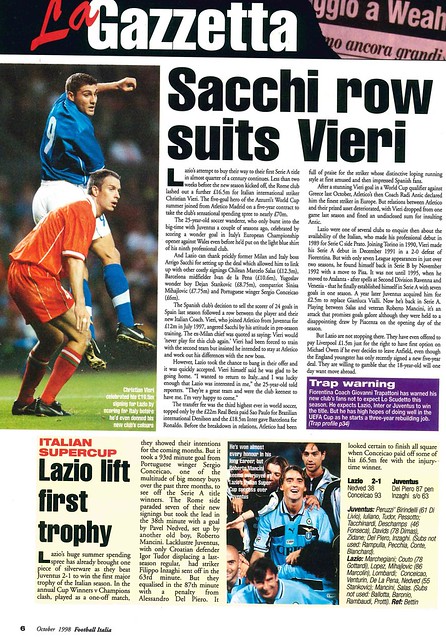 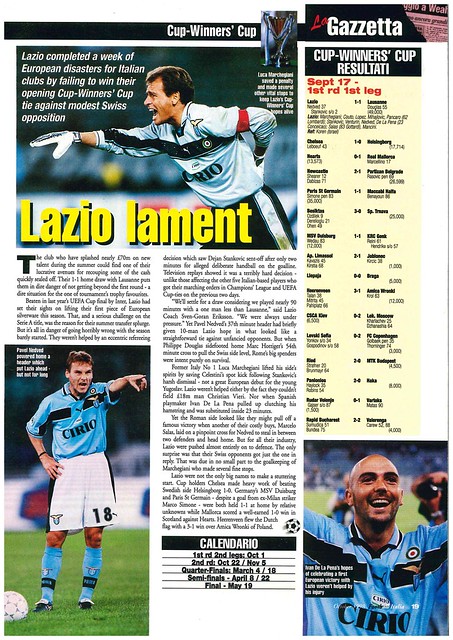 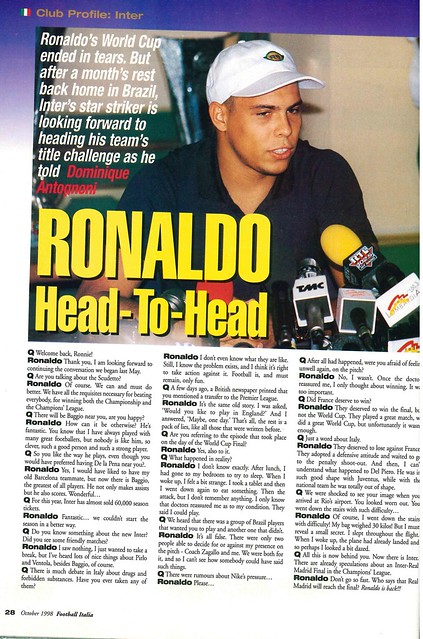 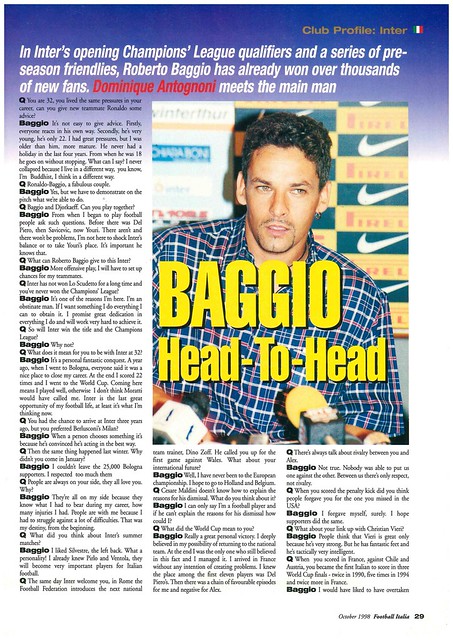 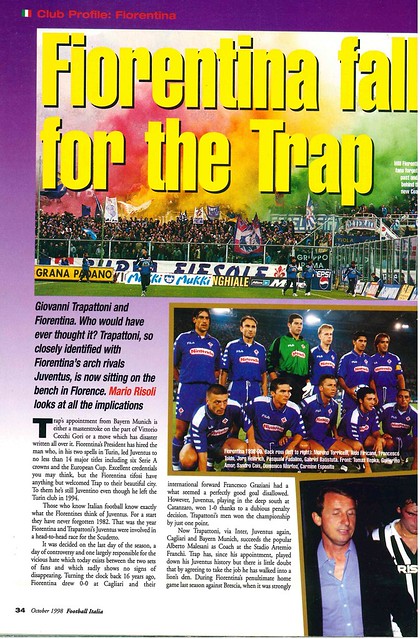 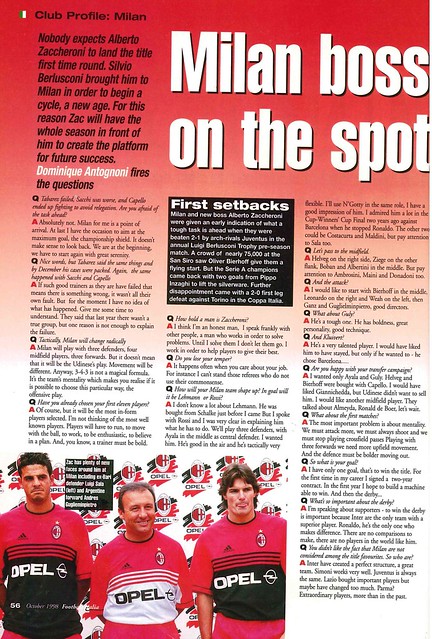 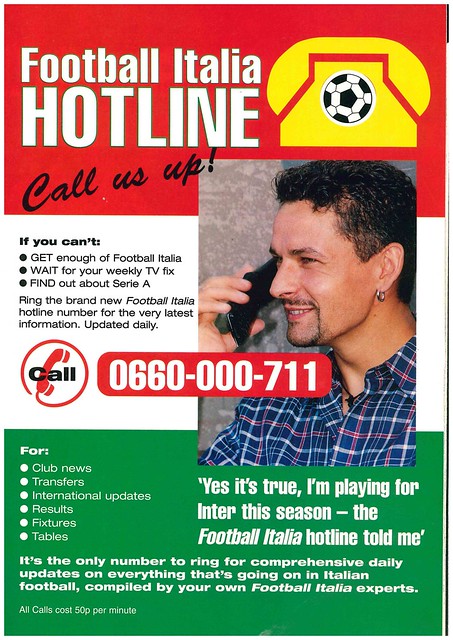 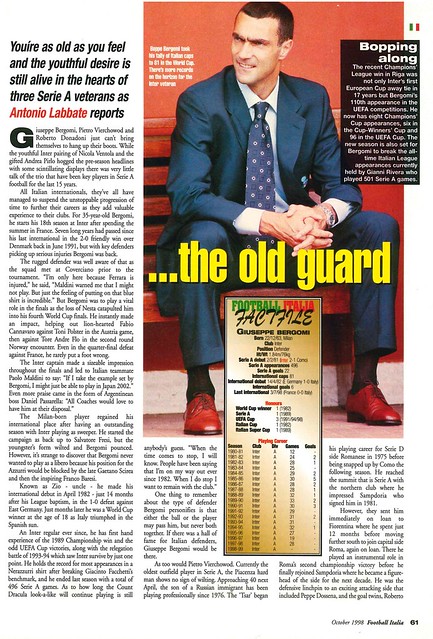 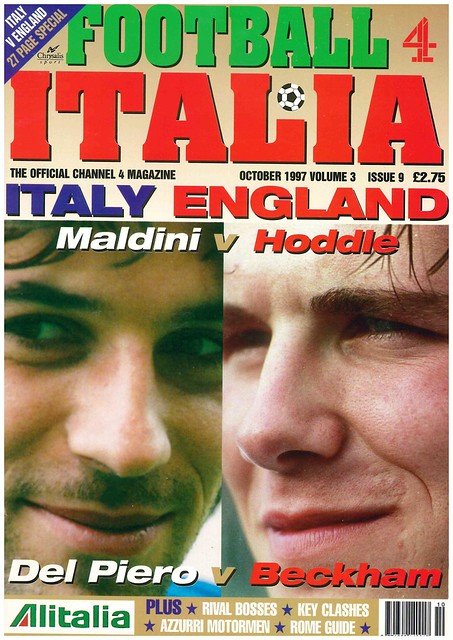 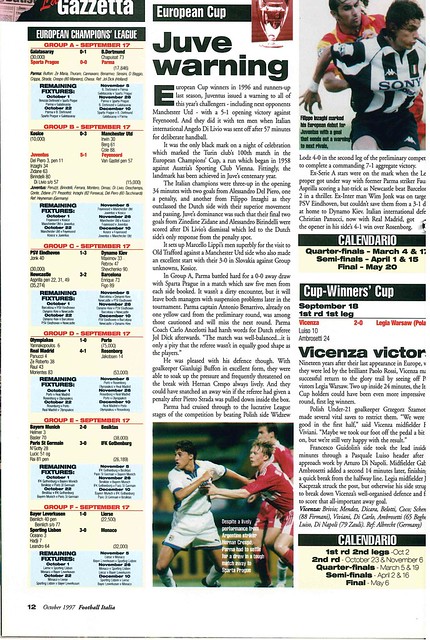 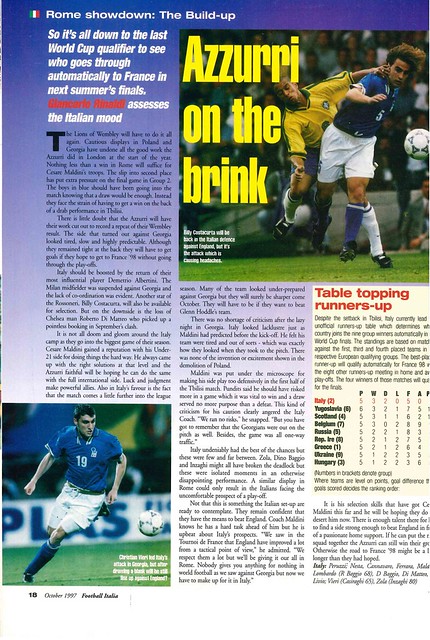 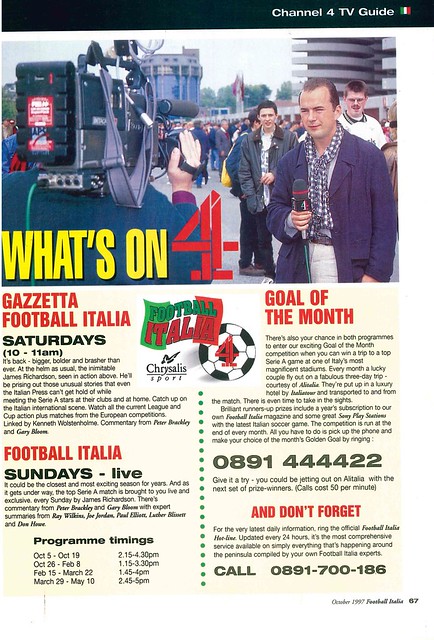 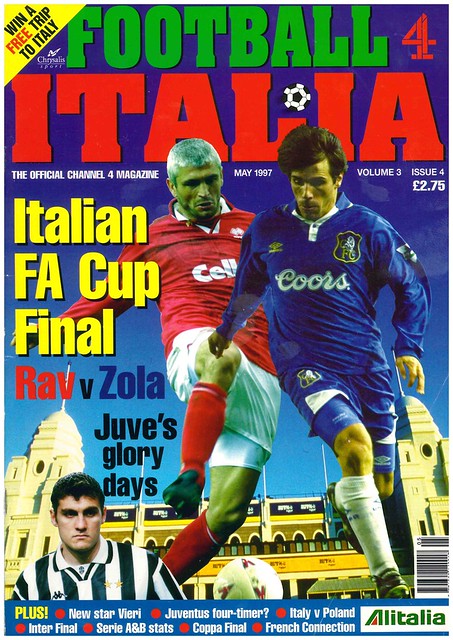 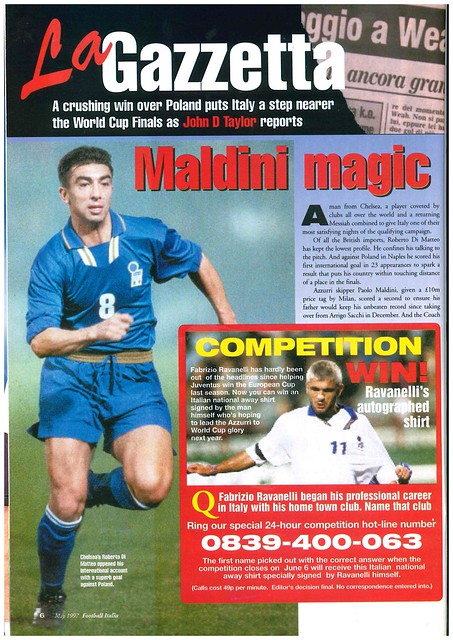 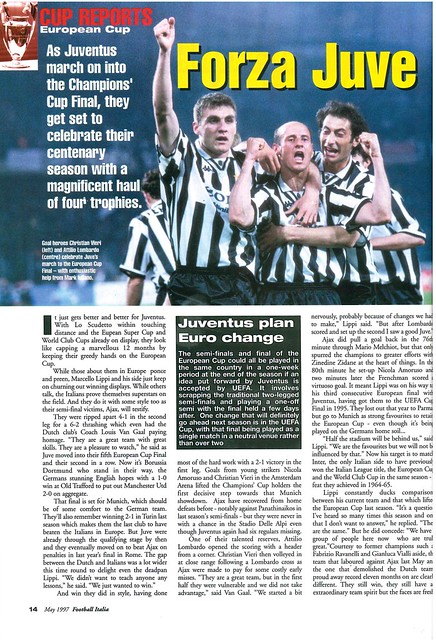 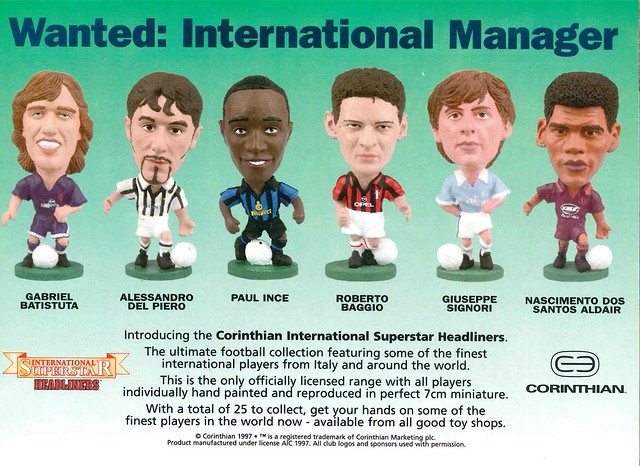 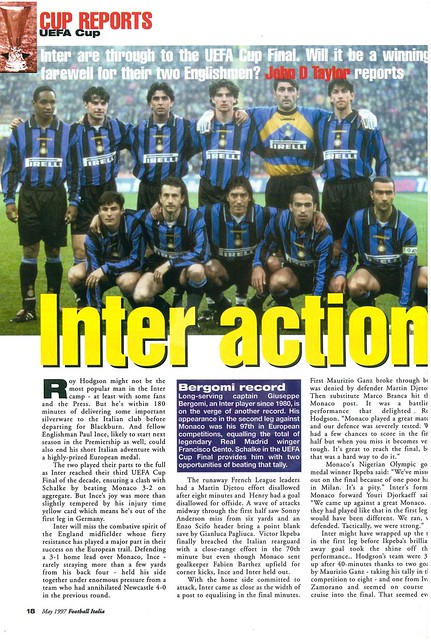 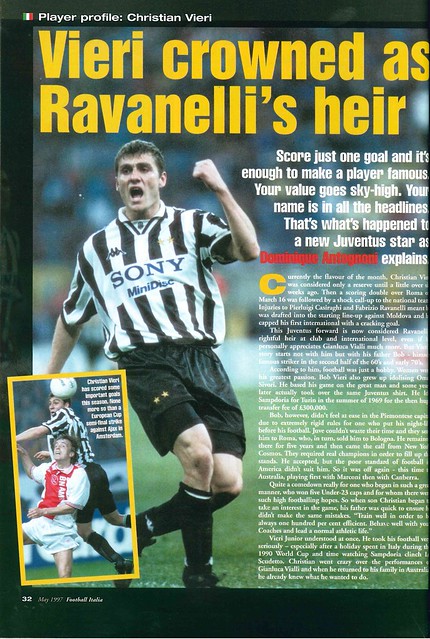 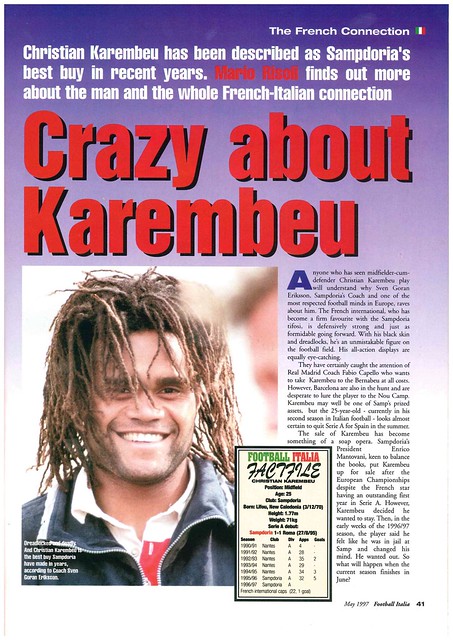 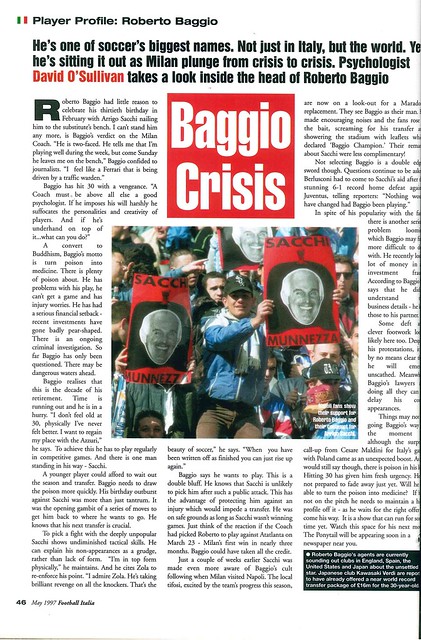 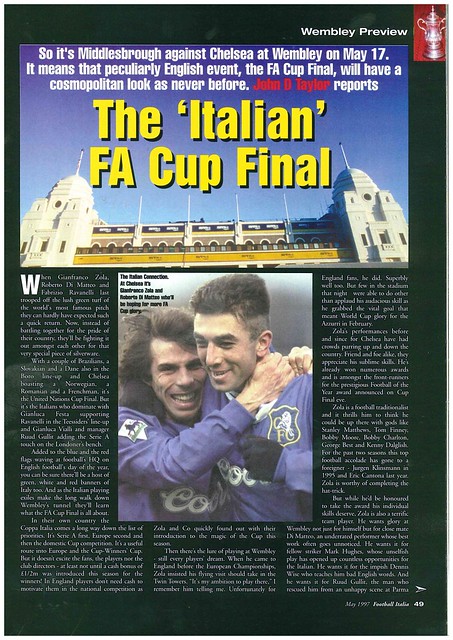 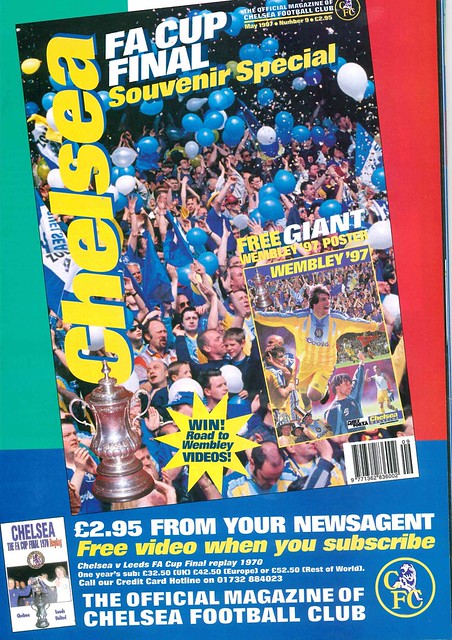