Joe Jordan of Manchester United is the cover star of Shoot, which had free Team Tabs of England’s 3rd and 4th divisions, which completed the set, enabling you to track teams progress during the 1979-1980 season.

There is a full page dedicated to the qualifiers for Euro 1980, resuming after a summer break. The headline, listed all the group leaders.

They got one spectacularly wrong, having proclaimed Portugal as on their way to Italy. It was Belgium, lying 4th out of 5th, 3 points behind the Portugese (in the era of 2 points for a win) who had a late surge to win the group. Belgium went on the reach the final in Italy.

Ray Clemence’s column sees him talk about veterans he admires, picking out Alan Ball, a World Cup winner in 1966, still playing in the top flight (for Southampton) as the 1980s approached.

In competitions, readers had the opportunity to win a “Referee’s Watch”, if you were that way inclined.

There was a colour photo (A lot of the printing in 1979 was in black/white) dedicated to top flight footballers such as Gordon Hill, Gary Owen, Brian Talbot and Mick Channon taking part in Footballers v Athletes episode of Superstars

There is a profle of West Ham goalkeeper Phil Parkes. If you’re interested, his favourite singers are Johnny Mathis, Rita Coolidge and Bee Gees.

In adverts, Bob Paisley advertises Gola trainers with the headline “Having talent is only half the story”

In posters, there was a colour poster of Charlton Athletic. 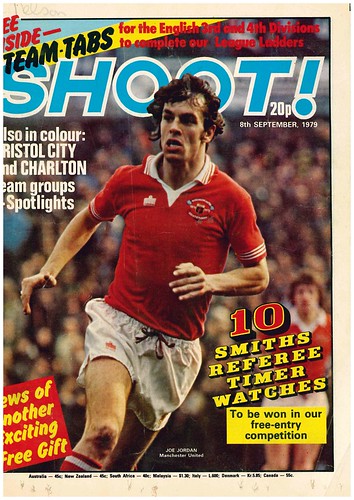 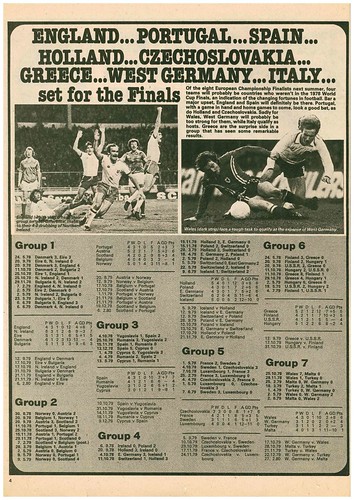 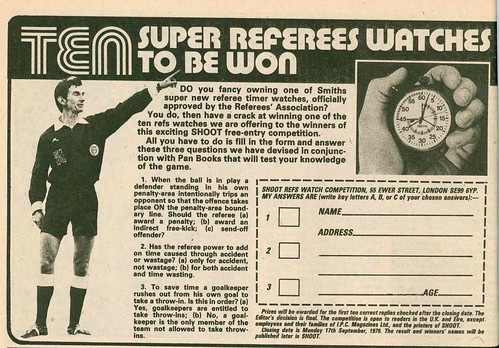 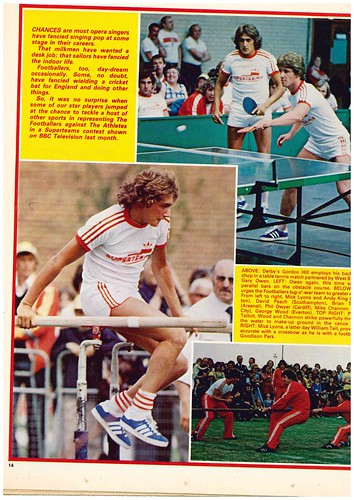 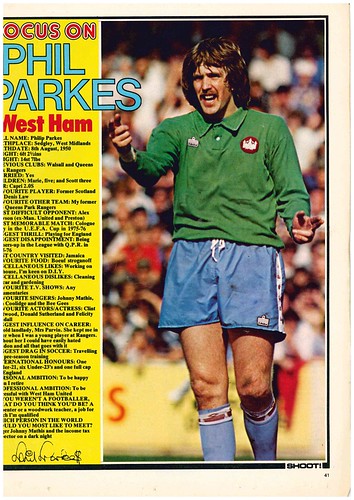 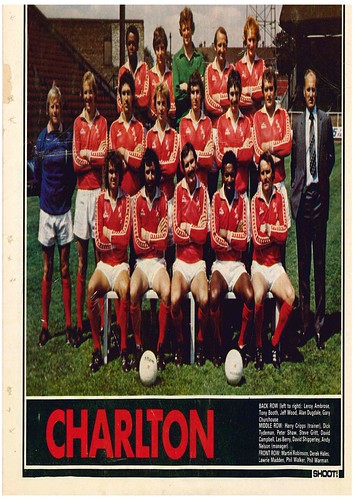