It’s a special James Bond edition of Melody Maker, as Huey from Fun Lovin Criminals and Shirley Manson from Garbage cosplaying on the cover.

Elswhere, Oasis are filming a new video, with Gem Archer, formerly of Heavy Stereo, now confirmed as a member of the band.

Bobby Gillespie talks about Primal Scream’s new album, describing it as both a Punk record and a Dance record.

Gillespie is one of a series of musicians from both countries commenting on the forthcoming England v Scotland Euro 2000 Play-Off, stating that he doesn’t give a fuck.

Cover stars Huey and Manson relive their favourite Bond memories, with Garbage having done the soundtrack.

Eminem is interviewed, denying that he glorifies violence.

In reviews, Melody Maker pays a visit to see Suede in concert in Reading.

Paul Draper of Mansun is the subject of a Q and A, where he reveals he once shoplifted from Boots in Chester. 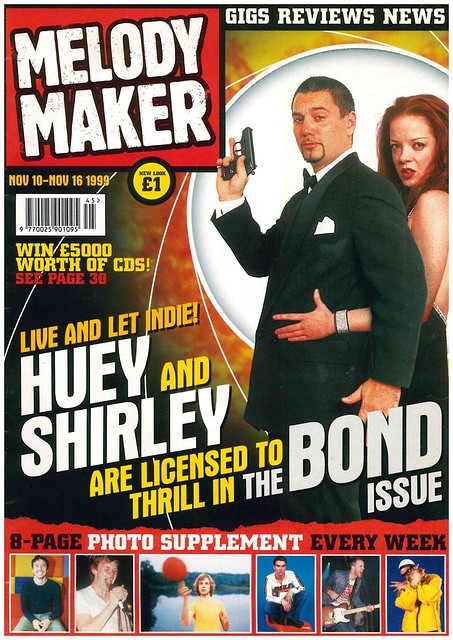 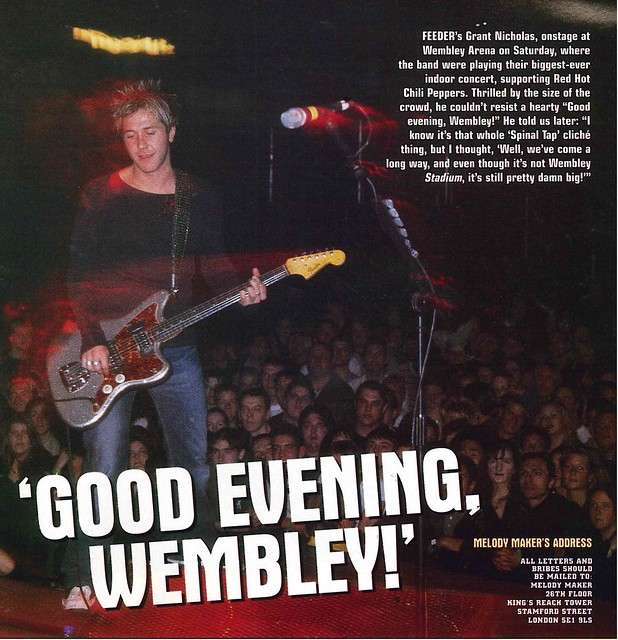 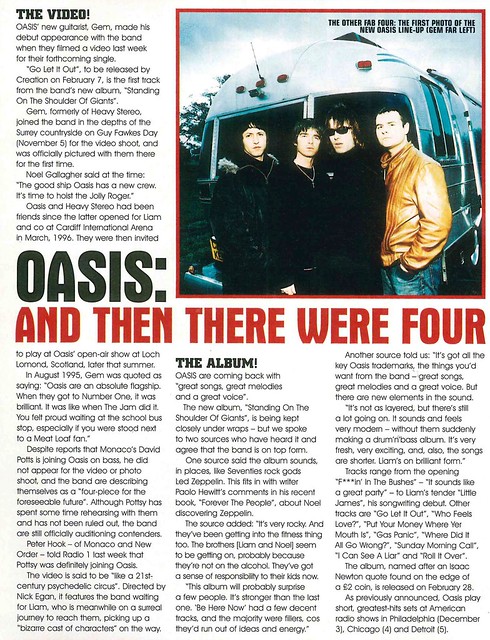 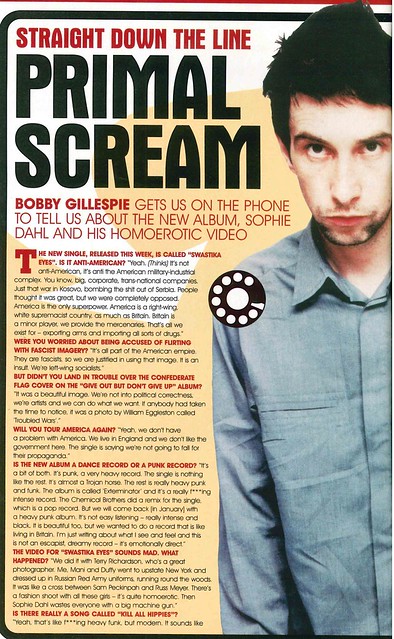 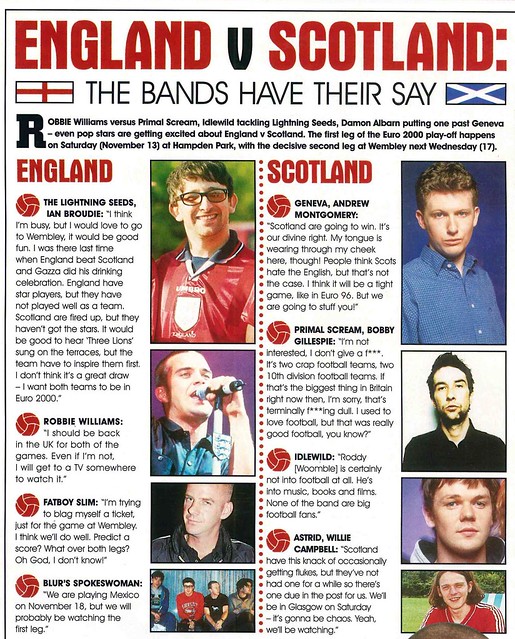 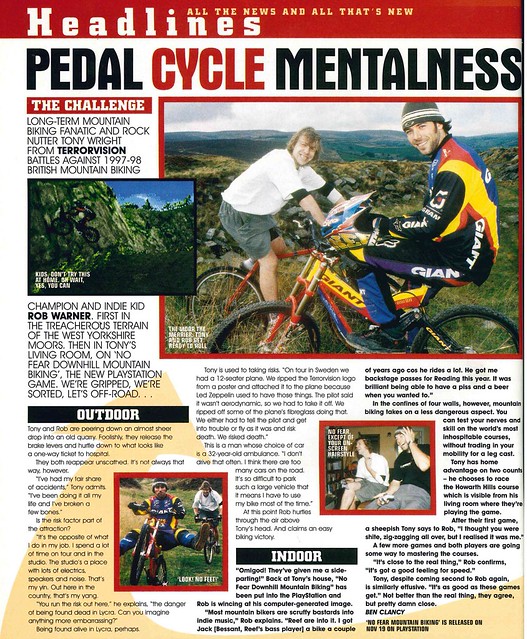 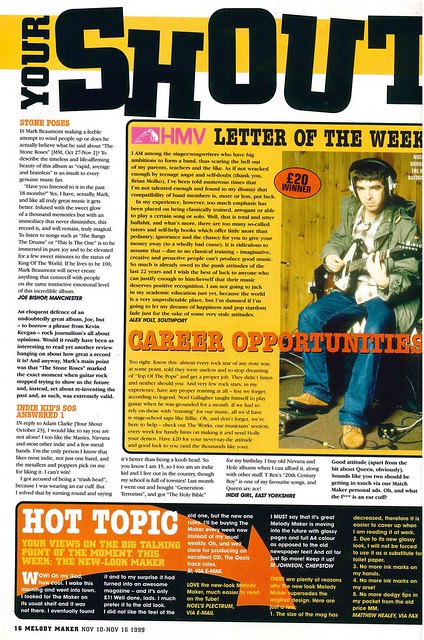 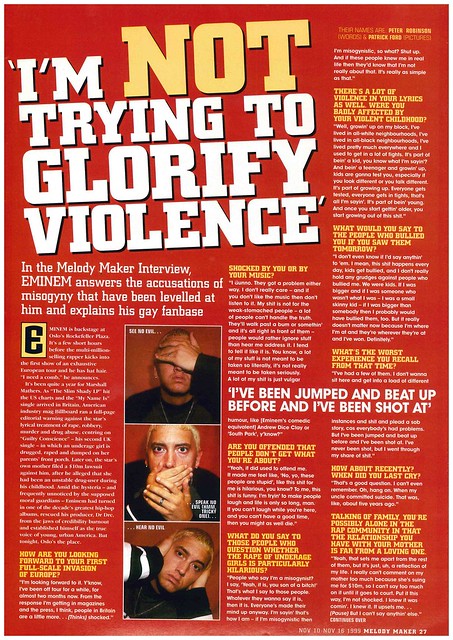 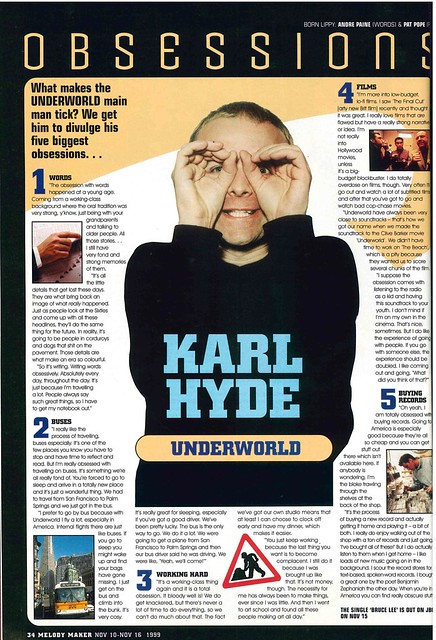 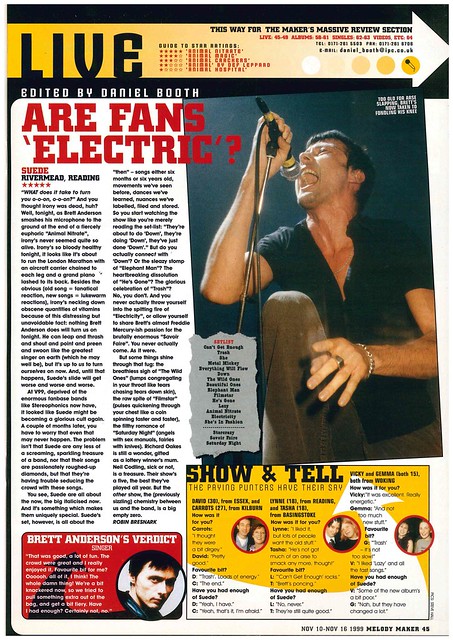 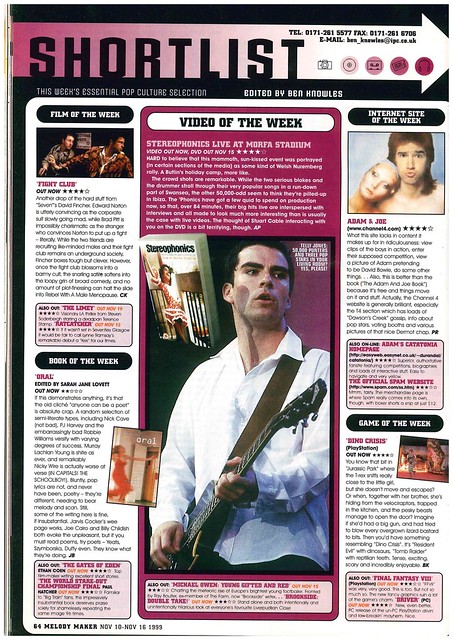 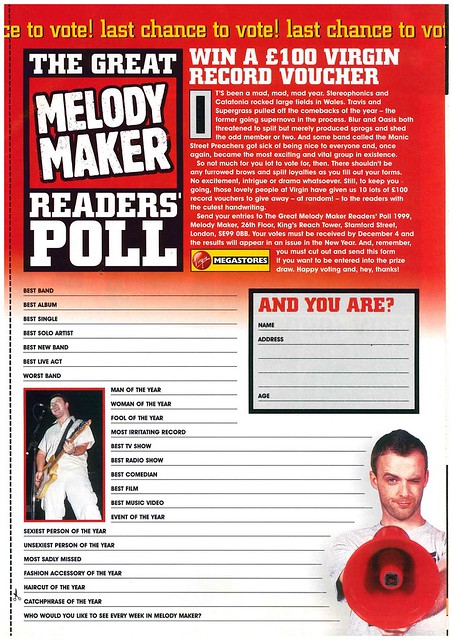 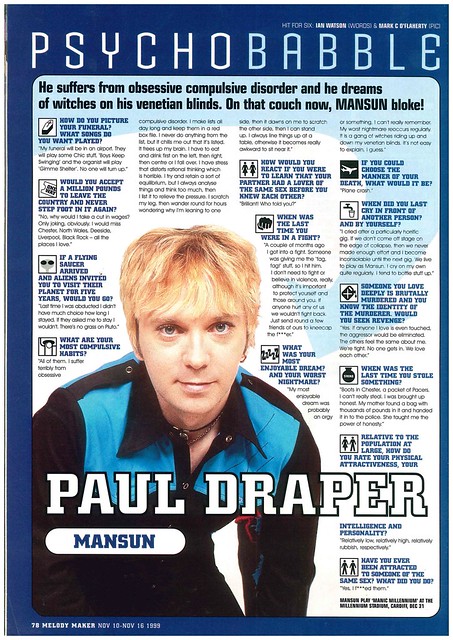