The 1985-1986 season is nearing it’s end, and Malcolm Shotton of Oxford United is the cover star of Shoot, with the club having won their first major piece of silverware, the League Cup, after a 3-0 win over QPR.

Mark Hughes talks about his transfer from Manchester United to Barcelona, admitting that he should have done what Kevin Keegan did when leaving Liverpool, announce his plans to leave at the start of the season, as the protracted move turned out to be a distraction.

Hughes signed an 8 year contract with Barcelona, and he says this will be his only club on the continent. As it turned out, he did emulate Kevin Keegan, by playing in Germany, joining Bayern Munich on loan, before returning to Old Trafford in 1988. He never played for a club on the continent in the final 14 years of his career.

In adverts, there’s an advert for the following week’s edition, which has a free World Cup stickerbook, as well as previews of the FA and Scottish Cup Finals.

Bryan Robson uses his column to sing the praises of Paul McGrath, stating that he wishes he was English as he’d walk into their defence. He comments on his top 11 players of the season.

Peter Reid writes in his column that Everton have the grit to win the title.

Reid is also complimentary of West Ham, whose young defender George Parris gets profiled, described as “A new Billy Bonds”

Andy Goram, a recent debutant for Scotland, despite being born in England, tells Shoot he wants to join a club in Scotland.

Football in Sheffield gets a double page spread, as both clubs yo-yo between divisions, with Shoot pointing out that there hasn’t been a top flight Derby between United and Wednesday in 18 years.

Bruce Rioch gets interviewed after just being appointed manager of Middlesbrough, talking about what he has learnt from managers in his career, especially Tommy Docherty.

Iraq get a preview ahead of Mexico 86, with their style of play moulded by the influx of British managers in the Middle East in the late 70s, and the current Brazilian manager they have, Edu (not the ex Arsenal player), who is Zico’s brother.

Davie Cooper is interviewed, stating that the appointment of Graeme Souness as manager was a “Bombshell”, but is a top class appointment.

Dual nationality Vince Mennie of Dundee is interviewed, stating that he wants a call-up to the Scotland team, and turned down an Under 21 call-up for West Germany in order to achieve his dream.

Ron Saunders has responded to West Brom’s relegation by having a clear-out of his squad.

Staying in the West Midlands, Birmingham City manager John Bond has appealed to local businesses for help to secure funding to bring Trevor Francis back to St Andrews.

The magazine ends with a double page profile of Sandy Jardine, aiming to win the Scottish League and Scottish Cup with Hearts, 14 years after winning the 1972 European Cup Winners Cup with Rangers. 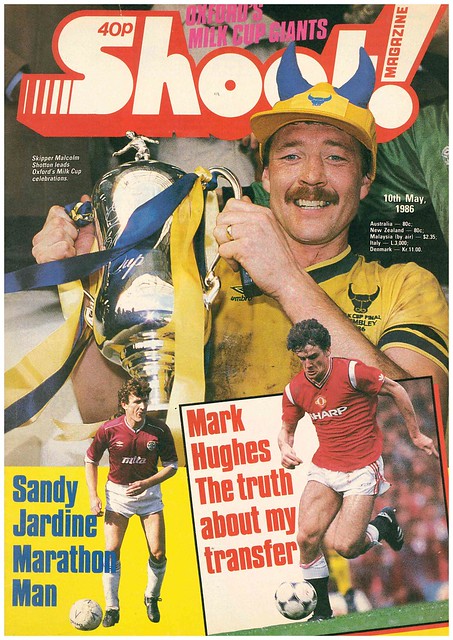 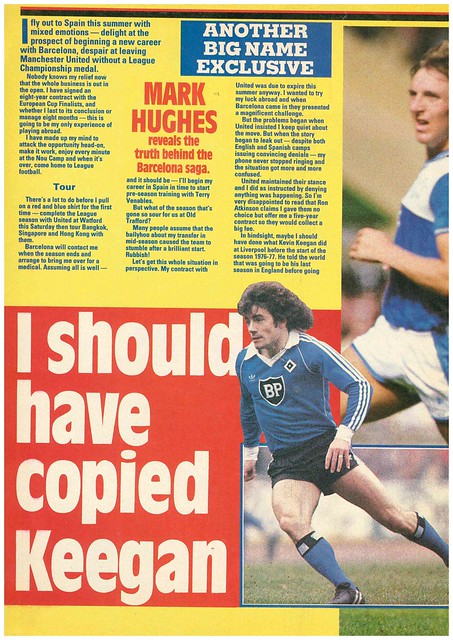 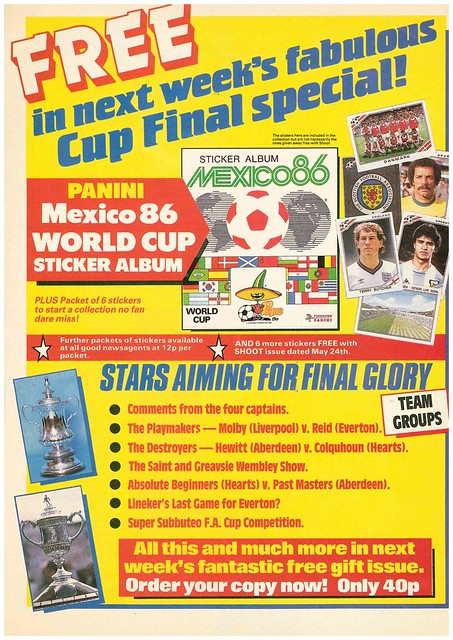 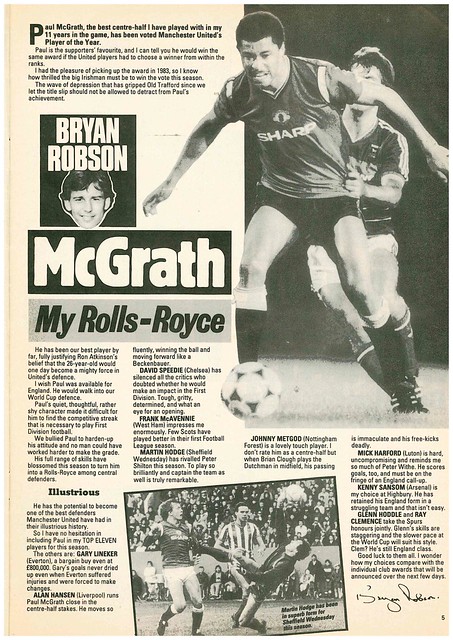 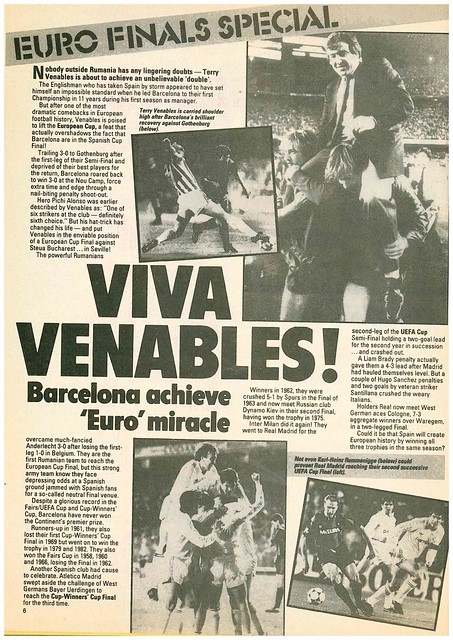 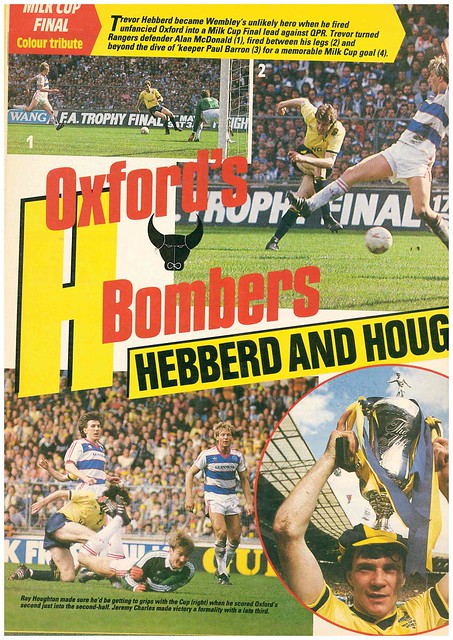 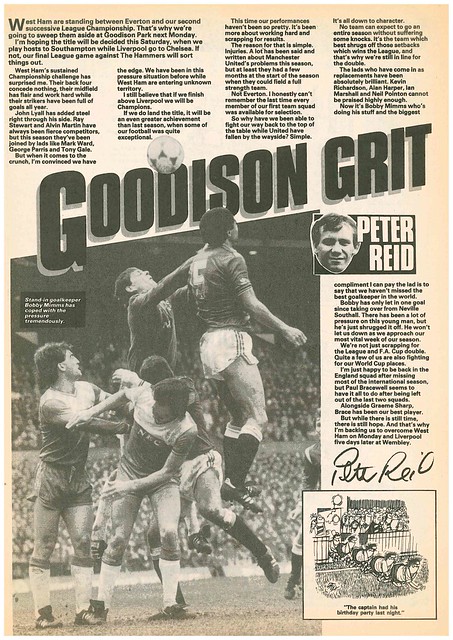 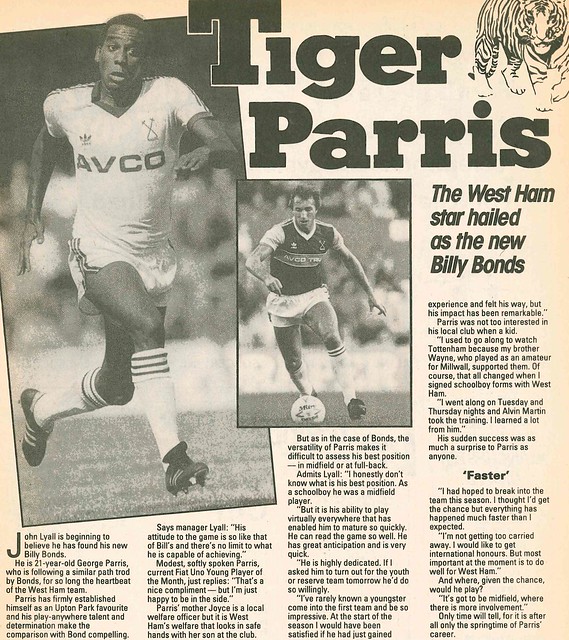 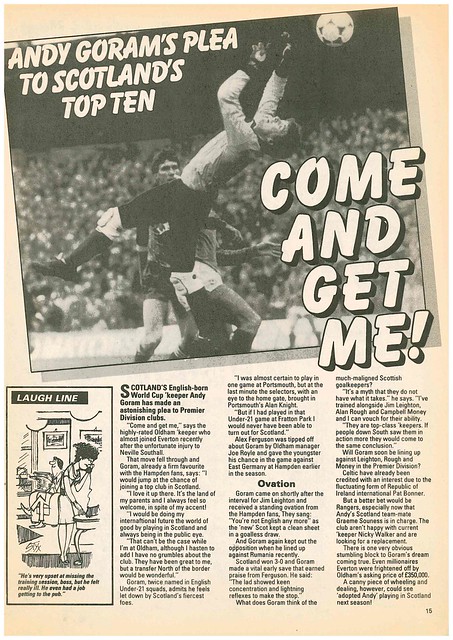 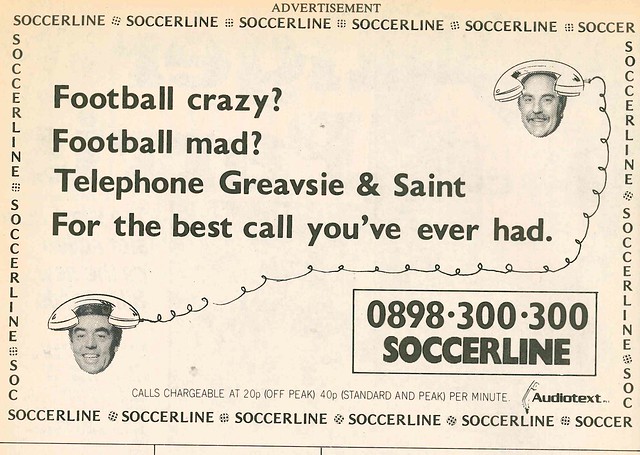 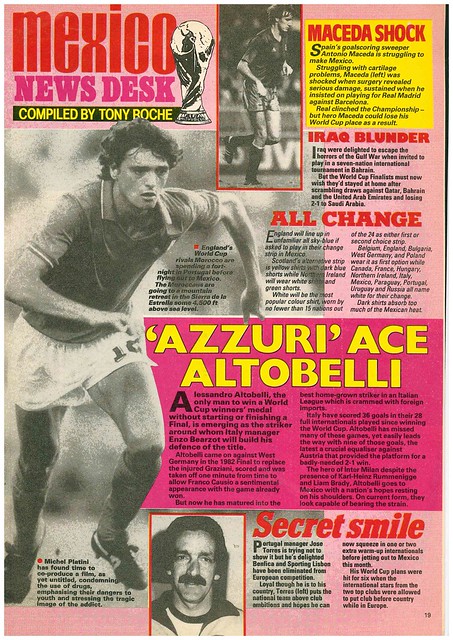 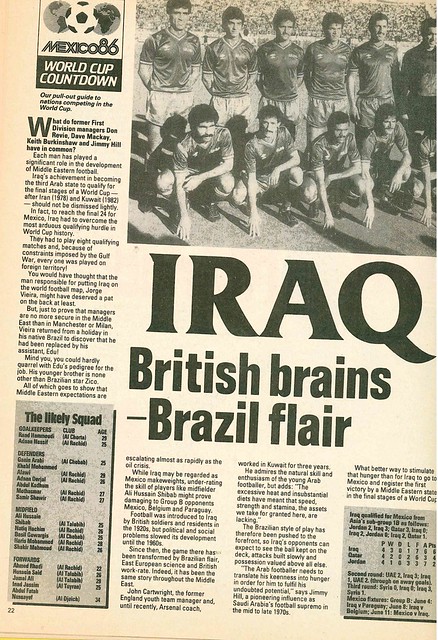 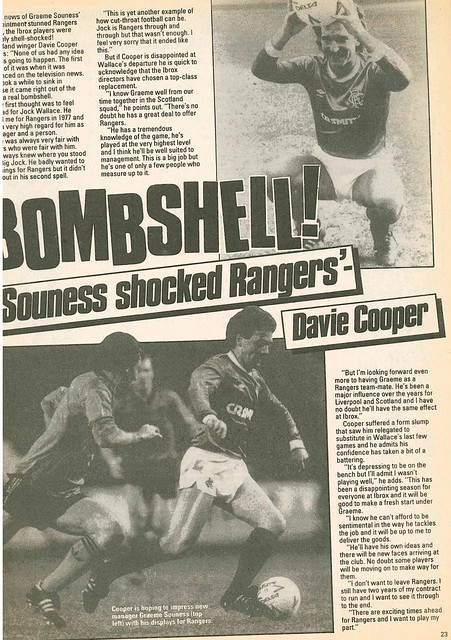 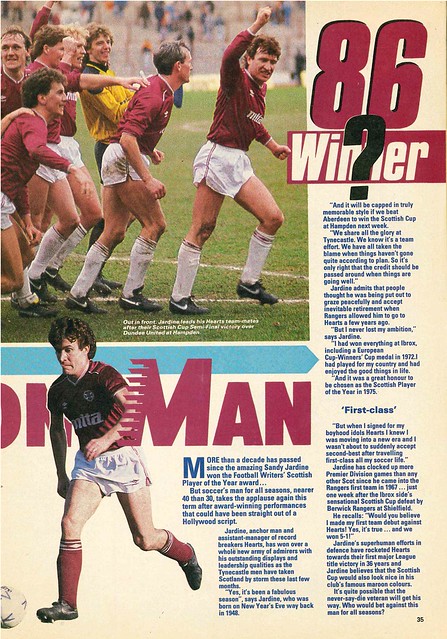 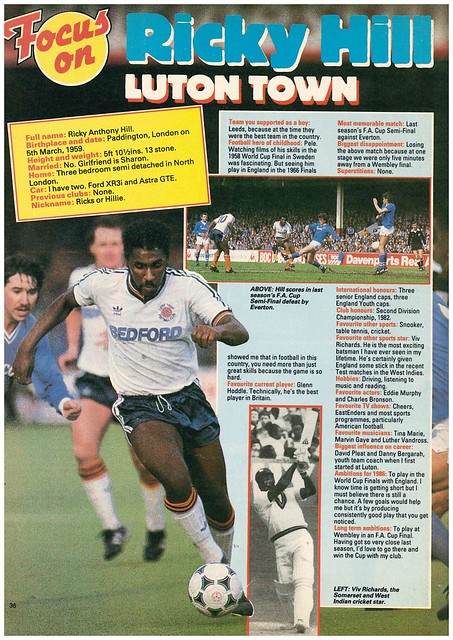