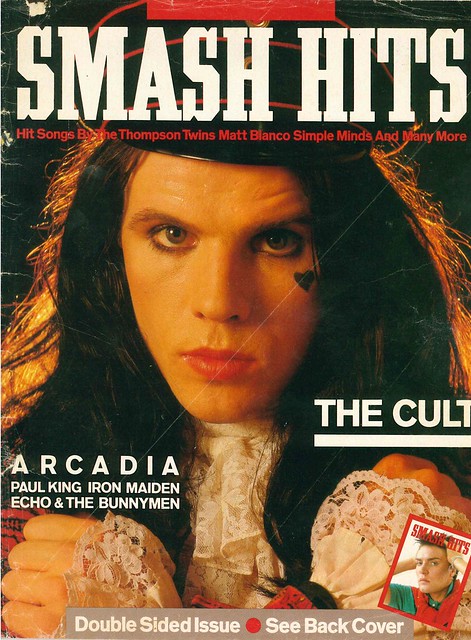 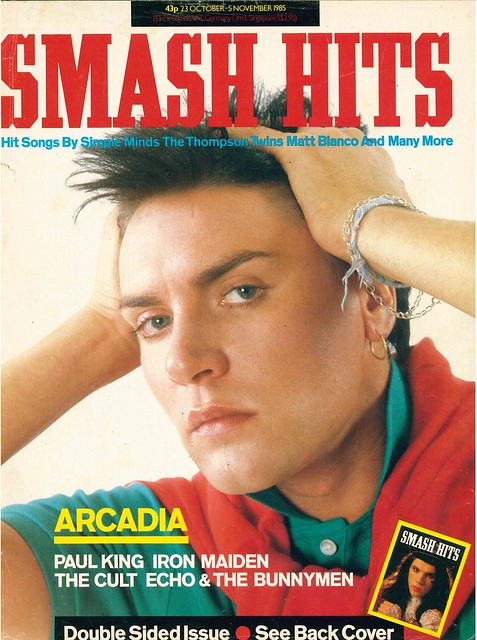 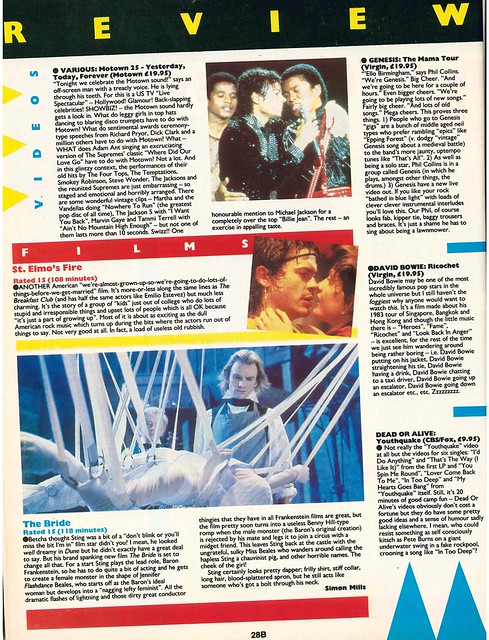 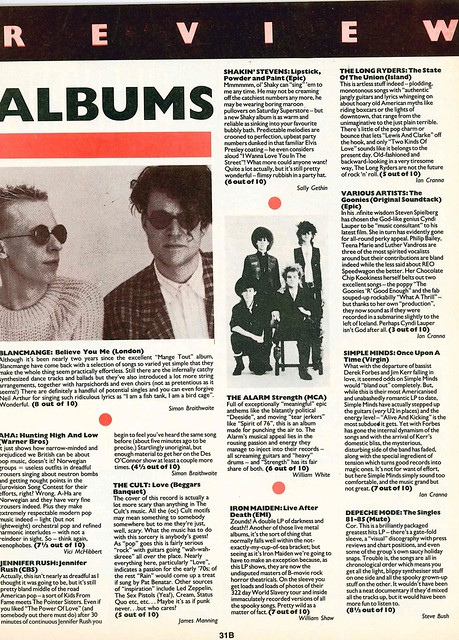 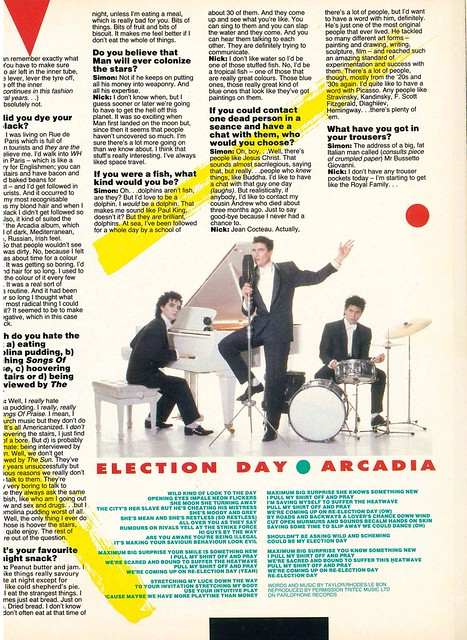 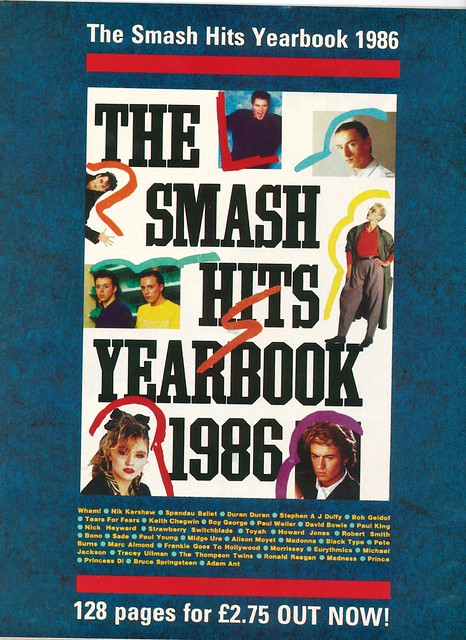 A large crowd, montage the shape of the continent of South America of Iron Maiden in Brazil, as Kerrang reports from the Rock In Rio event.

Meanwhile, Kerrang does a report as they visit the set of The Tube. The accompanying photo is of Cronos from the band Venom, with a new friend he met ……… Cliff Richard.

In adwatch, there is an advert for a tour by Bryan Adams, where he will be touring the UK as a support act for Tina Turner, taking in Brighton, Bournemouth, Wembley, Edinburgh, Manchester and Birmingham.

In news, Glenn Frey recently made his acting debut in Miami Vice.

Eight pages are dedicated to Rock In Rio, mainly focusing on Iron Maiden, but also including Queen and AC/Dc.

In posters, the back cover is a poster of a singer called Ann Boleyn. What she is up to now is unkown, but it’s doubtful she suffered either of her namesakes fates of being executed, and then having her name given to West Ham’s ground.

Not sure what was the worst fate.

Stoke On Trent’s finest export, Slash, is the cover star of Kerrang, as 1988 draws to a close.

In news, there’s anger at the apathy of rock fans in Birmingham, as a series of concerts over Christmas called ‘Mosterfest’, featuring The Quireboys and Acid Reign, scheduled for Edward’s Rock Complex had to be cancelled due to poor ticket sales.

Kerrang writers, showing they have a sense of humour, use the headline ‘He Should Be So Lucky’ for the piece.

Slash gets a fourpage interview, including a centre spread poster.

The gig listing section has Status Quo doung a tour of England and Wales, while the only gigs for Belfast were on December 17th were Instigators at College of Art, and a triple bill of Onslaught, Crumbsuckers and Slammer at Queens Hall.