The other way around from the movie series, it is Bond sending rather than receiving an SOS, as Birmingham City manager John Bond wants to bring cover star Trevor Francis beck to St Andrews from Sampdoria.

As you open the magazine, Mark Hughes tells Shoot that he doesn’t want to leave Manchester United, amidst rumours of a move to Barcelona.

In World Cup news, Billy Bingham hits back at criticism of Northern Ireland’s preparation being against heavyweight sides such as Denmark and France, while Scotland manager Alex Ferguson has added Archie Knox and Craig Brown to his backroom staff for their campaign in Mexico.

Cover star Francis tells Shoot he is still available for England, having missed a recent friendly due to injury, and suggests he could create a place for himself in right midfield in Mexico.

Bryan Robson uses his column to state that the recent signing of Terry Gibson could be a boost for Manchester United in the title race.

In Scotland, Falkirk winger Jimmy Gilmour is playing so well, he is drawing comparisons to his uncle, former Celtic winger Jimmy Johnstone.

Crystal Palace manager Steve Coppell, only 30, tells Shoot that his side have had to change their style of play in order to get results, after previously missing out despite playing well.

Having saved Manchester City and Swansea City from relegation, John Bond is looking for a hat-trick by keeping Birmingham City up. In order to do this, he tells Shoot he wants to bring Trevor Francis back to the club, after Francis left to join Nottingham Forest in 1979 in England’s first £1m transfer.

Gary Mabbutt gets scouted by Shoot during Tottenham Hotspur’s match against Nottingham Forest, stating that he was exposed against a striker like Peter Davenport.

Back to Scotland, and Aberdeen’s John Hewitt tells Shoot that Dons manager Alex Ferguson is hard to please.

West Brom’s George Reilly tells Shoot he is happy at The Hawthorns after a short spell at Newcastle United.

Kenny Swain tells Shoot that he believes his experience of winning the title with Aston Villa in 1981 will help Portsmouth as they aim to get promoted to the top flight for the first time in 27 years.

West Ham goalkeeper Phil Parkes is having the best season of his career, and owes it to giving up booze after a drink driving ban in January 1985.

Ian Rush uses his column to praise his Liverpool team-mate Sammy Lee, who is celebrating his 27th birthday thsi week.

Meanwhile, Shoot does a double page spread on how Sunderland fans are losing patience with Lawrie McMenemy, after failing to launch a promotion bid.

The magazine ends with a “Focus On …..” Gordon Durie. His favourite bands are Depeche Mode and Simple Minds. 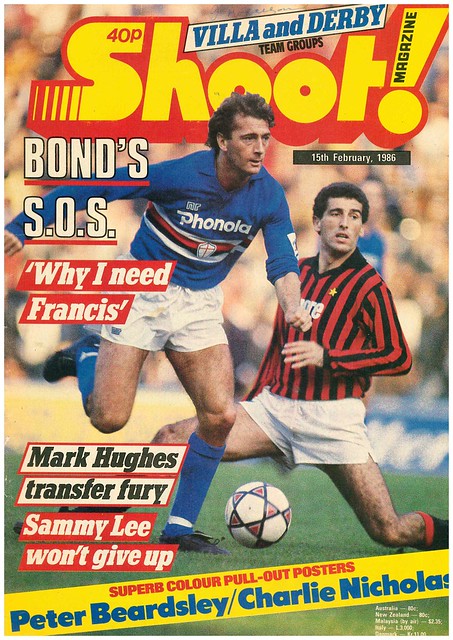 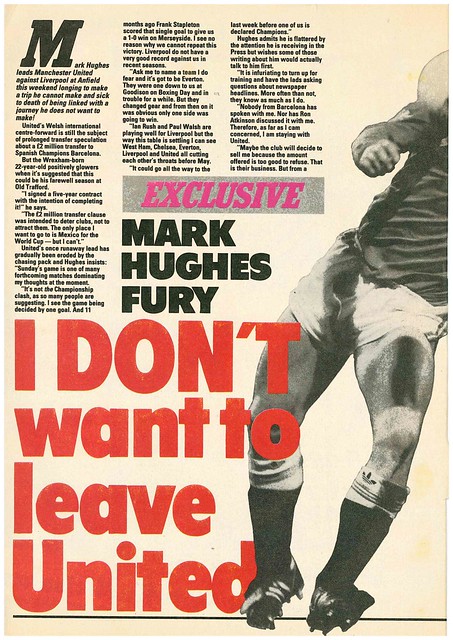 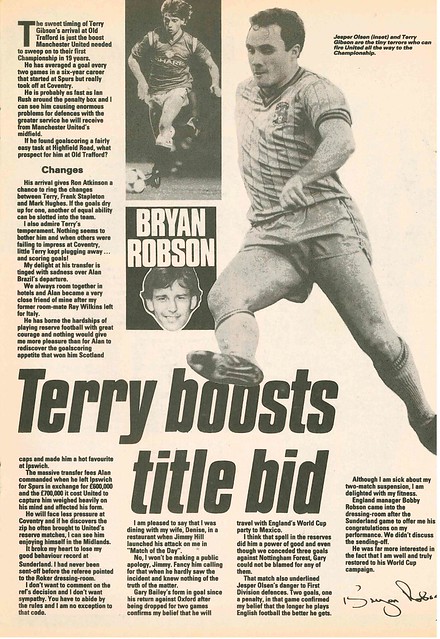 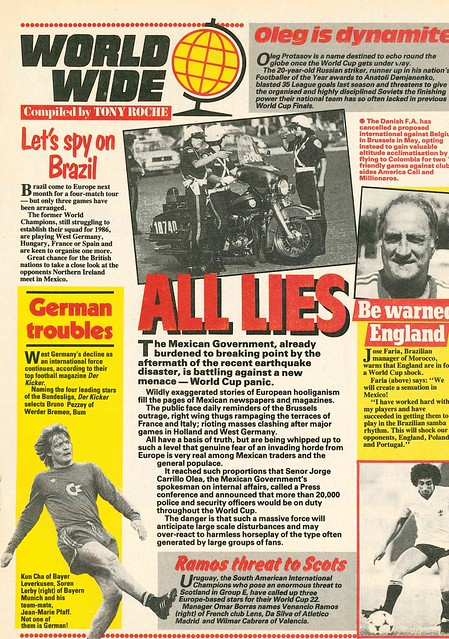 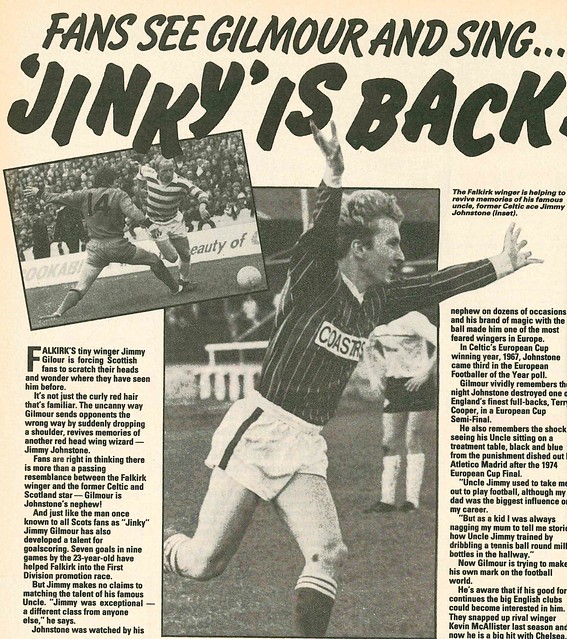 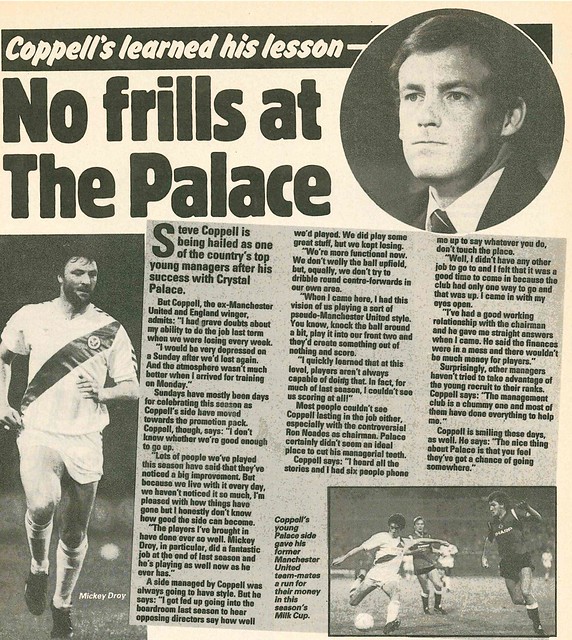 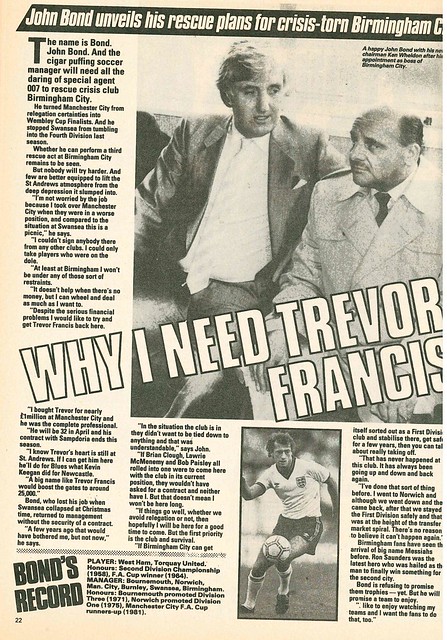 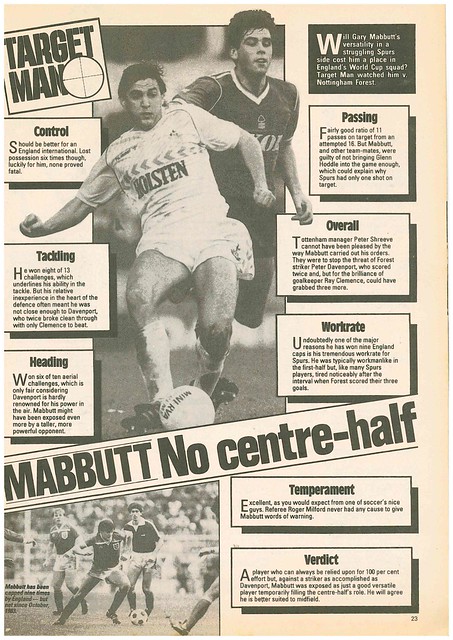 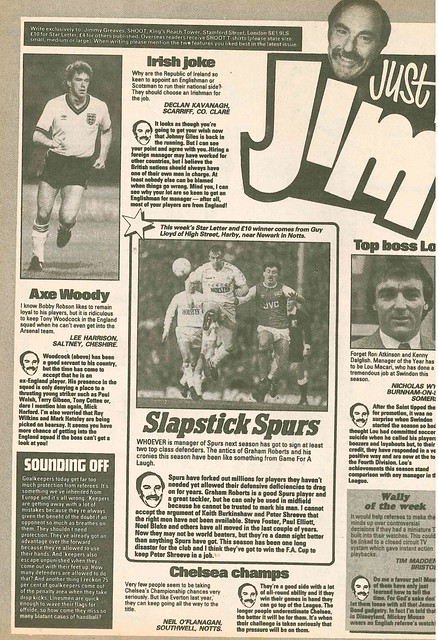 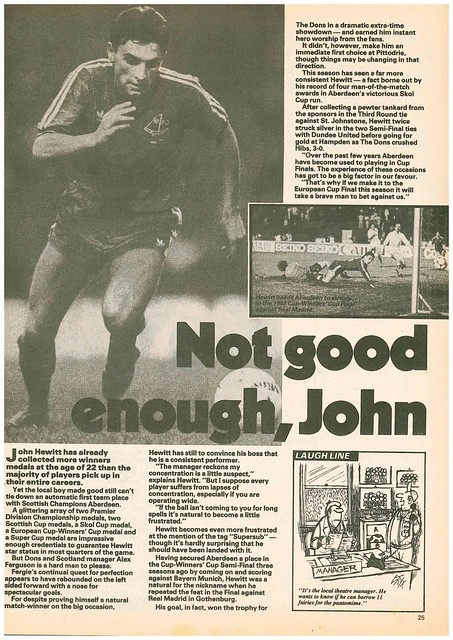 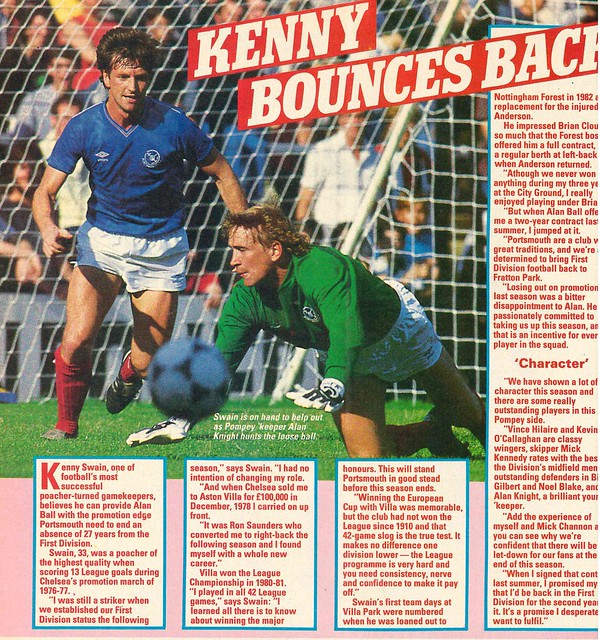 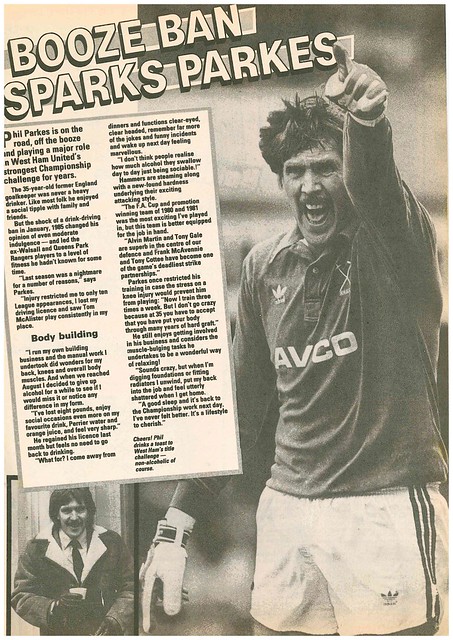 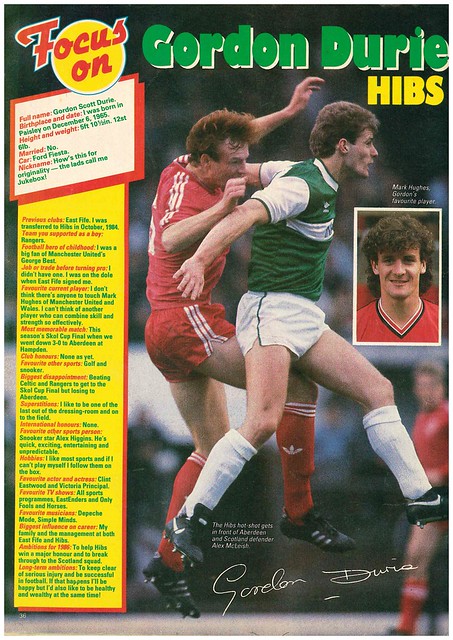