David Healy is the cover star as he gives an interview to NI Football during the Winter of 2008.

In news, Martin Donnelly of Crusaders wins Player Of The Month, Roy Coyle celebrated his retirement at a dinner attended by Howard Kendall, and Brendan Rodgers has just been appointed manager of Watford.

Elsewhere in news, David Healy has just launched his own DVD.

Also getting a profile is Jonny Evans, having just broken into the Manchester Untied team in the early months of 2008-2009.

Glentoran had just reached the final of the Setanta Cup, losing narrowly to Cork City, 2-1, and this match gets a full page review.

Healy’s strike partner at international Kyle Lafferty gets profiled, after enduring a difficult opening months to his career at Rangers.

Another player getting profiled at a new club is George McCartney, although he is in his second spell at Sunderland.

Steven Robinson has just announced his retirement aged 33, and is profile after taking a job with the IFA coaching underage teams.

There is a profile of another 33 year old making his mark in coaching, recently appointed Coleraine manager David Platt.

There is a full page profile of Linfield player Paul Munster, who has returned to Northern Ireland after spending time playing in Sweden, Czech Republic and Canada.

There is a double page profile on the comparisons between set-ups in the Irish League and League Of Ireland.

At Junior Level, there are club profiles of Killymoon Rangers, Lurgan Celtic and Newington.

Staying in North Belfast, there is a feature on Cliftonville, who have just won the County Antrim Shield. 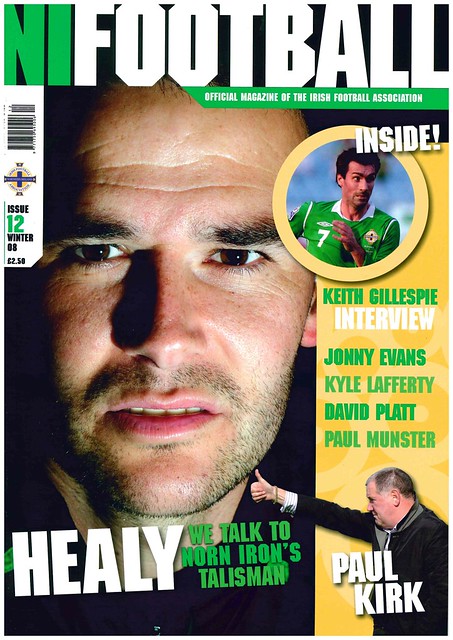 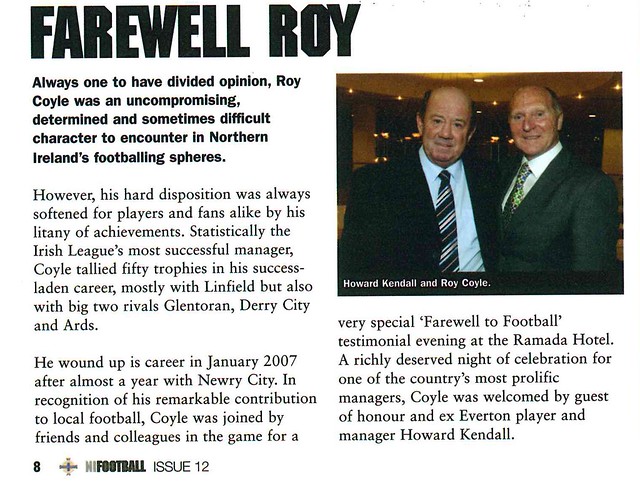 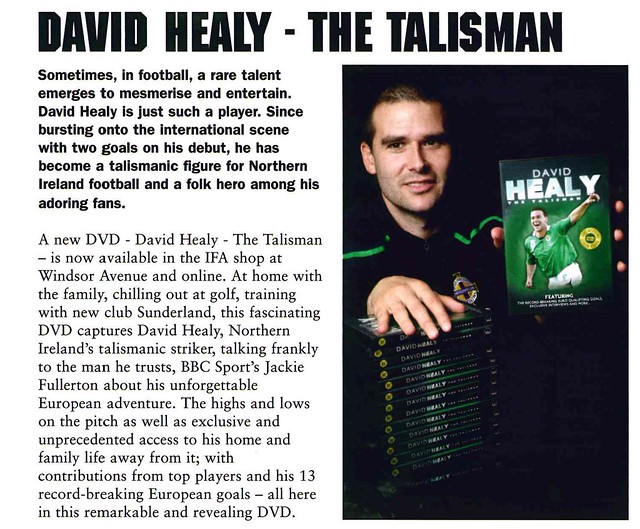 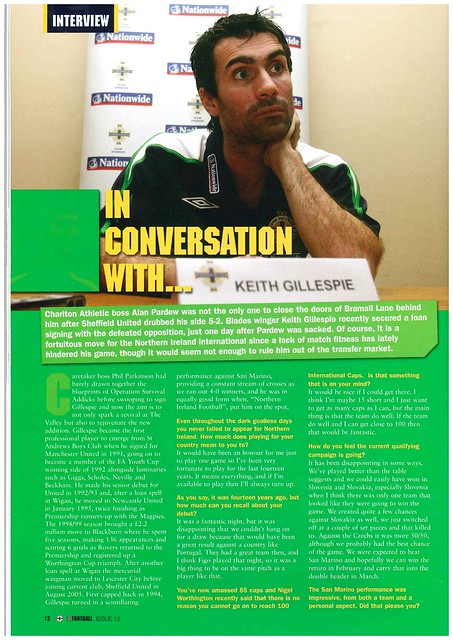 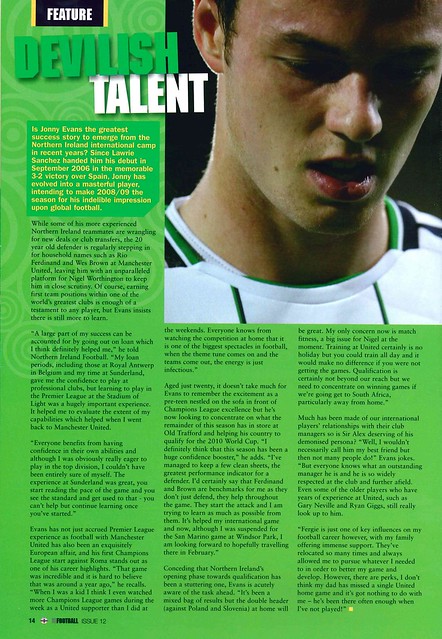 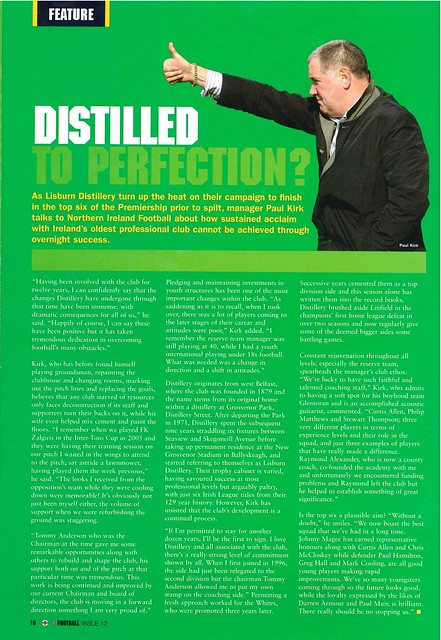 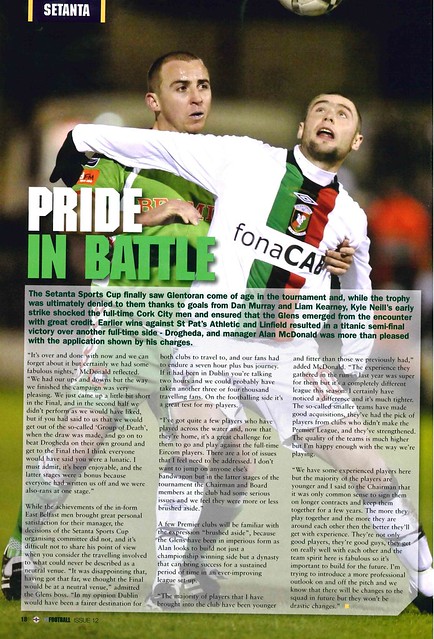 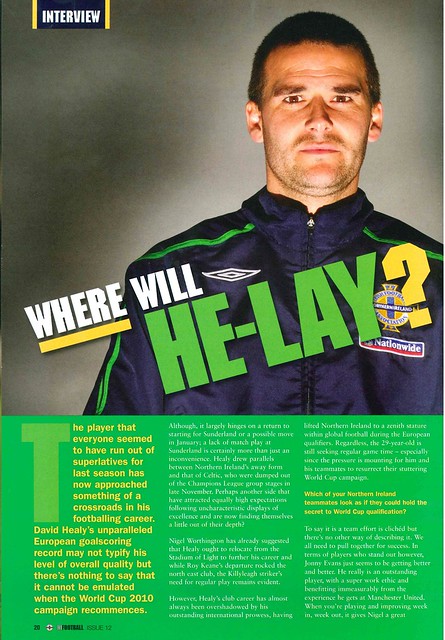 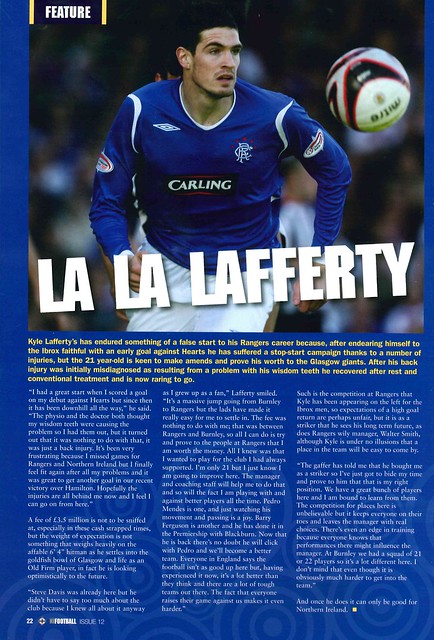 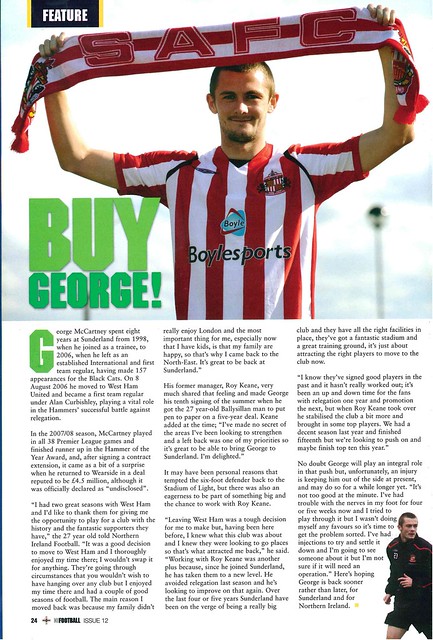 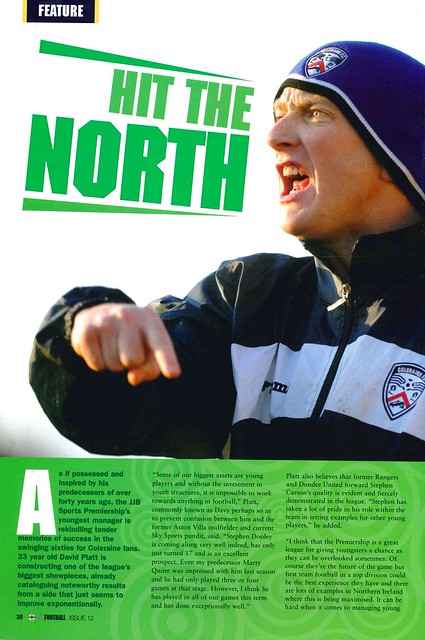 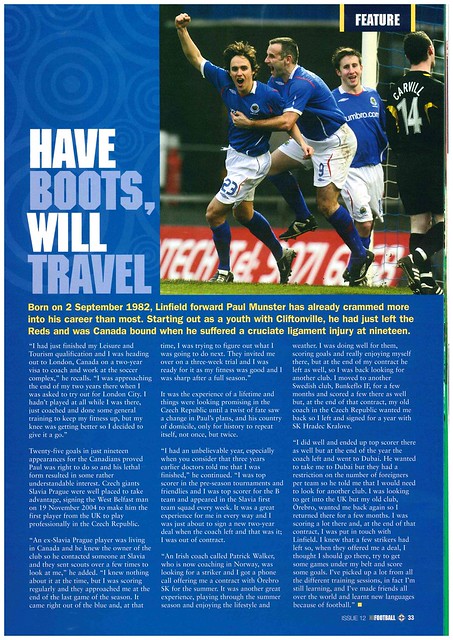 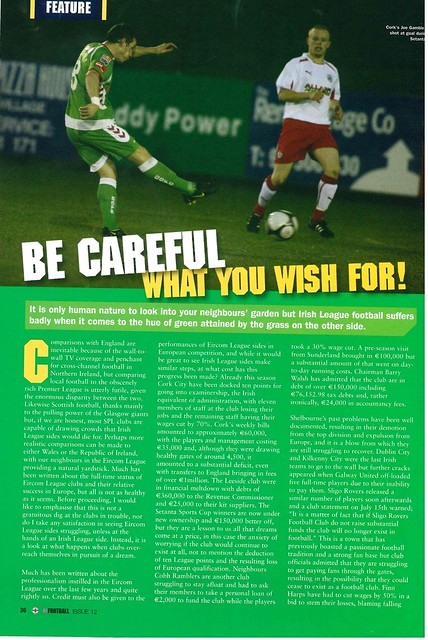 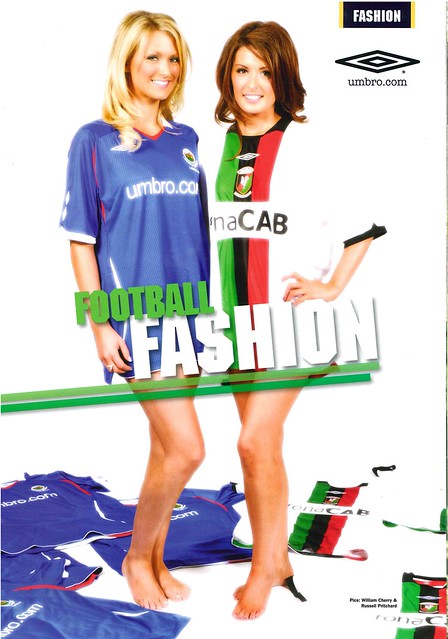