Nigel Worthington, manager of Northern Ireland, is the cover star of NI Football during the Summer of 2008.

There is a profile of Andrew Waterworth, who has just won promotion to the SPL with Hamilton Academical, and is looking forward to playing at Celtic Park and Ibrox, hoping that he can break into the Northern Ireland team. He also says he is learning a lot from his team-mate James McCarthy, even though he is a few years younger than him.

He signed for Glentoran that summer.

Cover star Worthington gets interviewed as he reflects on his first year in charge of the national team, and looking forward to the forthcoming 2010 World Cup Qualifiers.

He spoke highly of Michael O’Connor, who made his international debut in a recent friendly against Georgia, and he gets a full page interview.

He would have been hoping to get a cap in the upcoming away friendly against Scotland in August, which gets a preview.

There is a review of the three divisions, which saw Linfield win their third successive title.

As well as winning the league, Linfield won the Irish Cup in 2008, and the final, a 2-1 win over Coleraine, gets a two page review.

Paul Leeman spills the beans on his Glentoran team-mates, revealing that Sean Ward is nicknamed “Google” because he knows everything.

Off the pitch, the IFA have been recognised by UEFA for their marketing success.

In ads, there are adverts for Linfield and Glentoran’s new kits, both made by Umbro, side by side on successive pages. 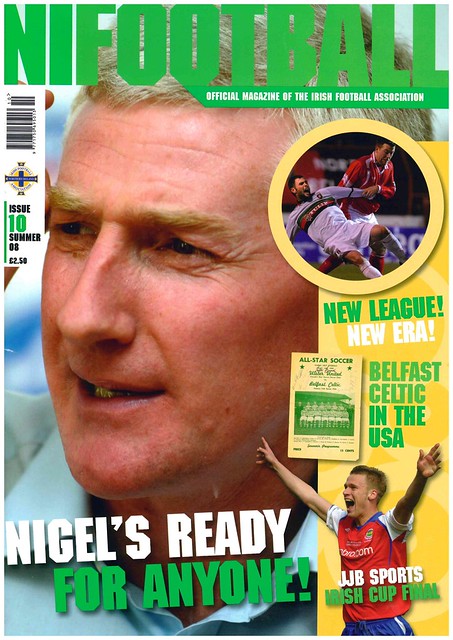 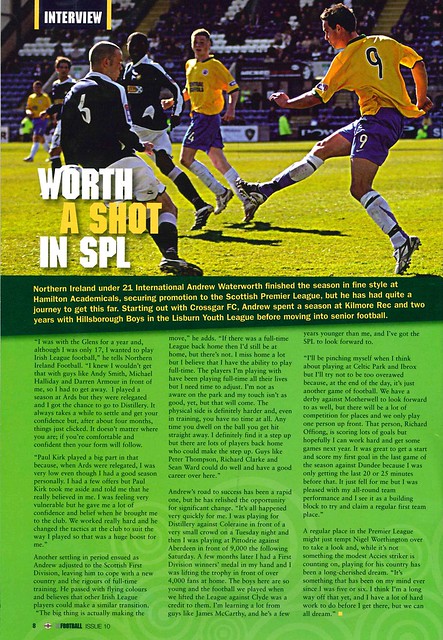 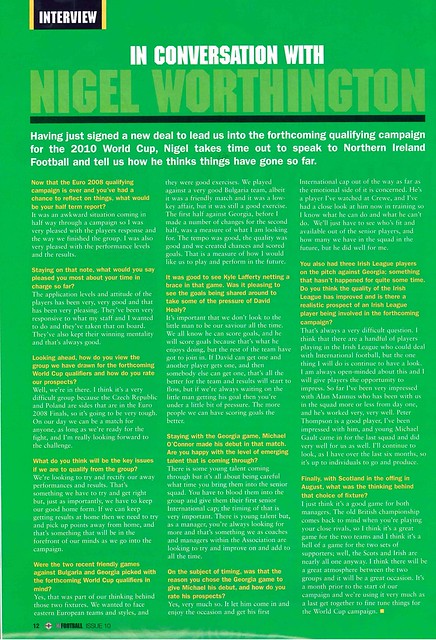 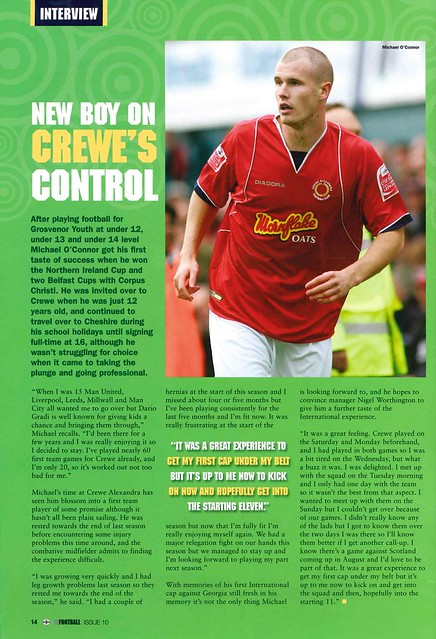 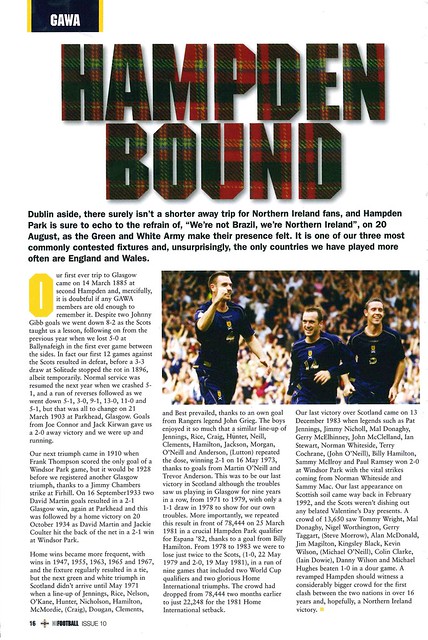 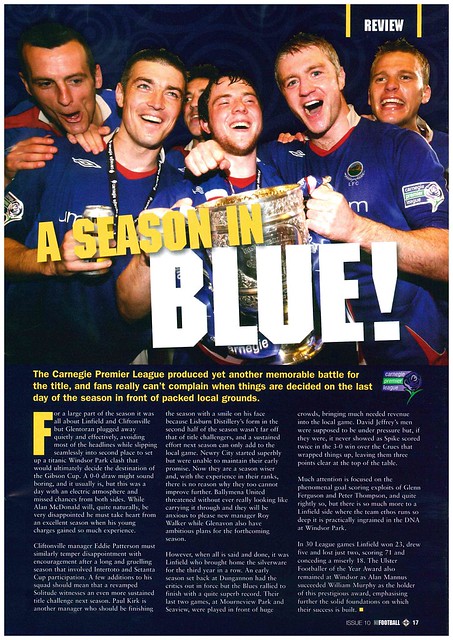 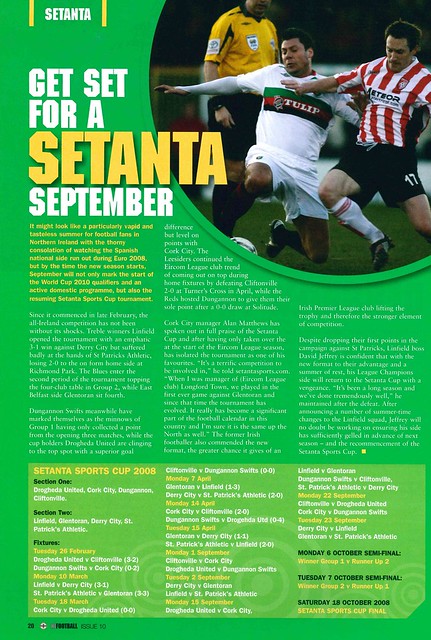 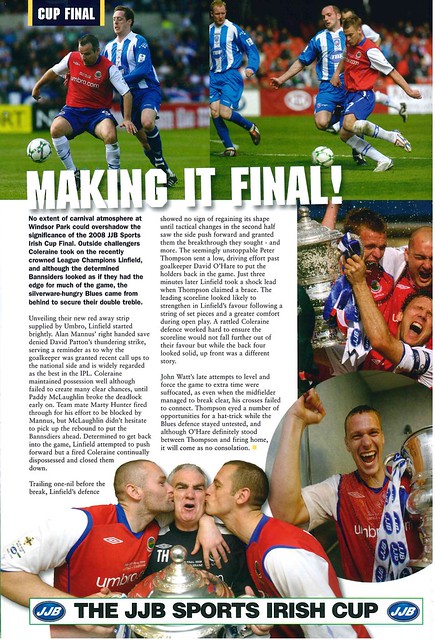 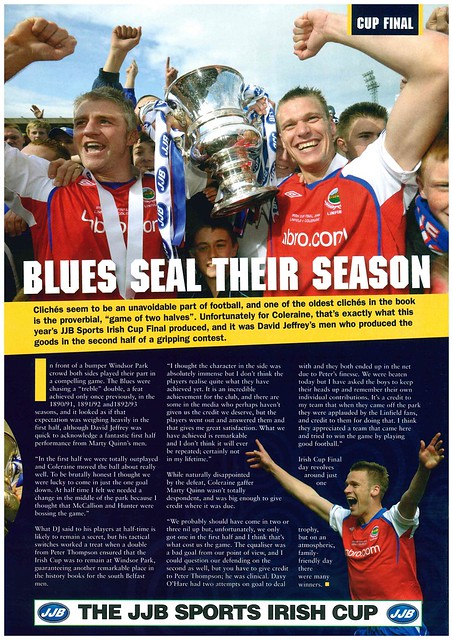 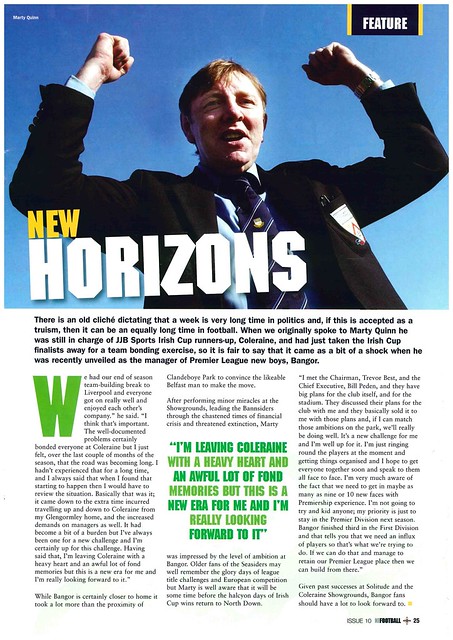 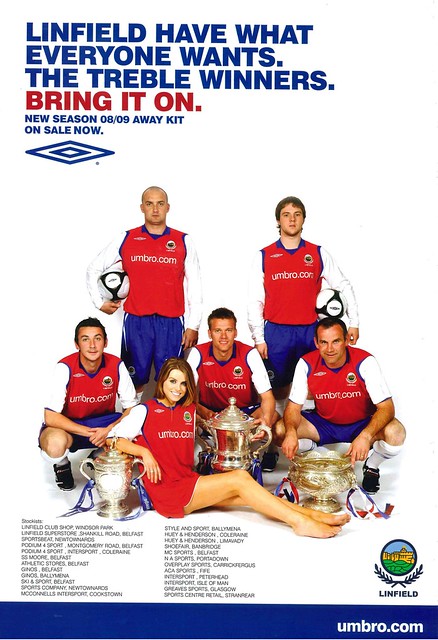