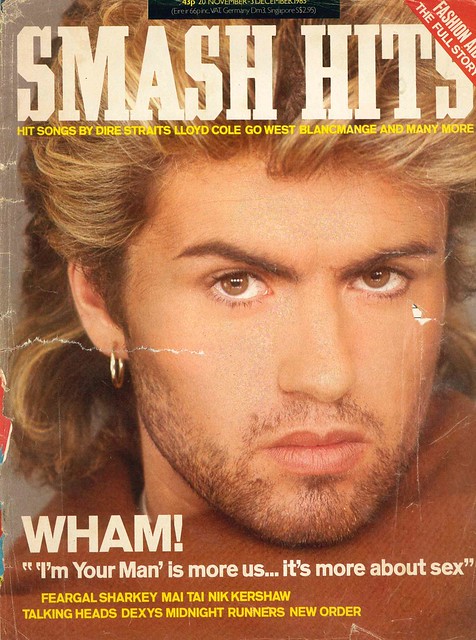 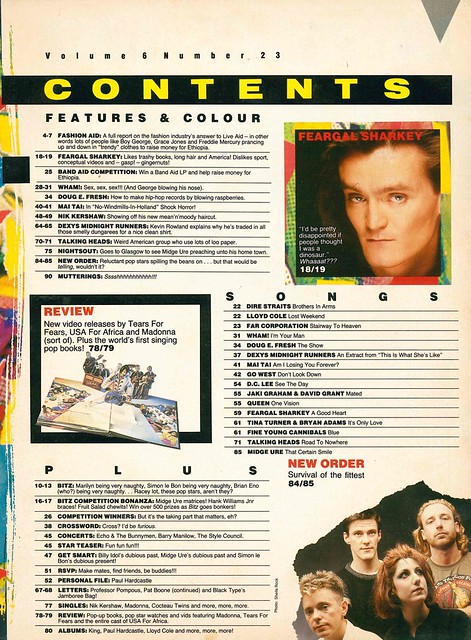 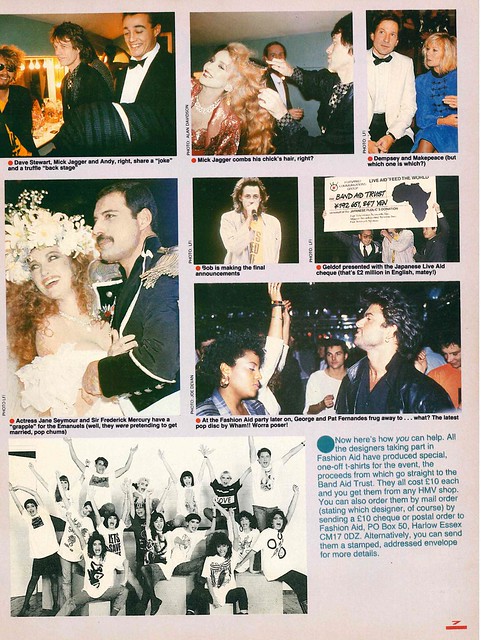 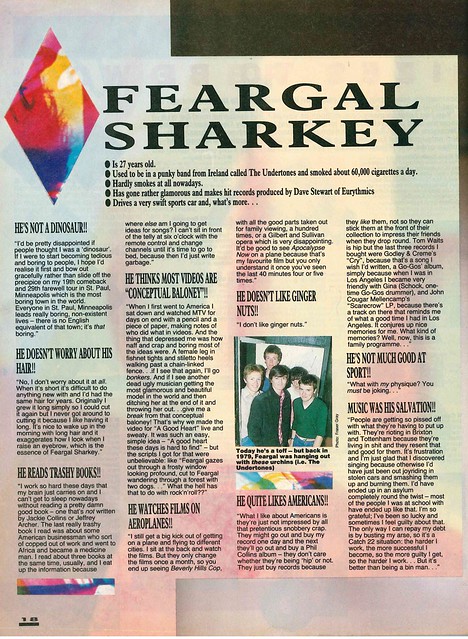 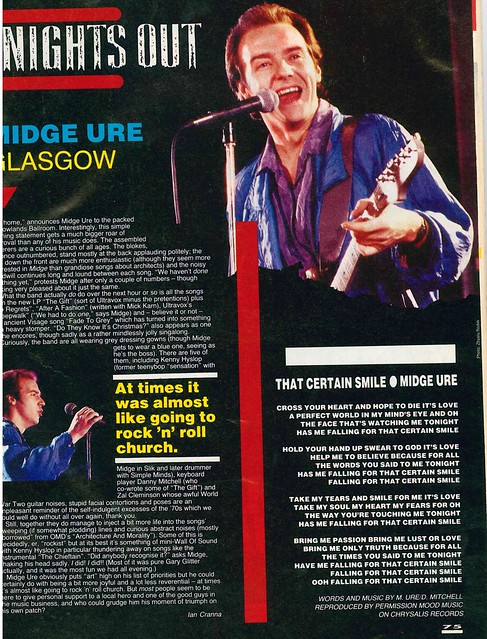 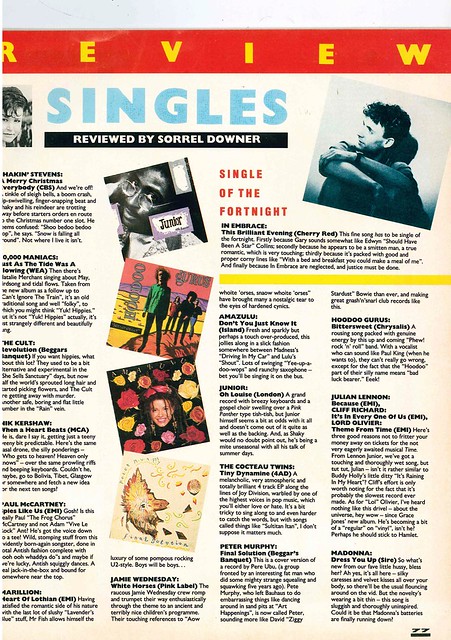 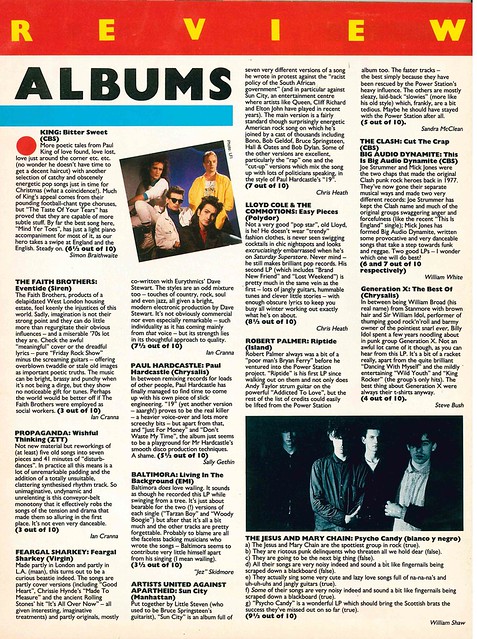 It’s the summer of 1986, and Johnny Marr, lounging in a director’s chair while wearing sunglasses, is the cover star.

In other news, Maire Brennan was pictured at a Children In Need event with the winner of a Sade lookalike competition.

INXS get a double page feature, introduced as “There’s more to musical life down under than AC/DC, Men At Work and Rolf Harris”, as they are on the verge of worldwide superstardom, unusually for an Australian act, without having to relocate to the UK.

Midge Ure also gets a double page spread, having reformed Ultravox after having some solo success (A number one single in 1985) and declaring “I don’t want to be on stage singing ‘Vienna’ when i’m 45” – Midge Ure was 32 at the time of the interview.

In the interview, Ure praises the improved musical infrastructure in Scotland, meaning that Scottish bands no longer have to move to London to “Make it”

The live section reviews a concert by new act Erasure (though Vince Clarke was already a pop veteran) at The Town and Country Club in London, stating that they were destined for the top of the charts, even managing a few ABBA references in the review.

Six years later, Erasure had their only UK Number 1, a triple A-Side of ABBA covers.

In ads, you could buy a Nike Windrunner, with proceeds going to Sport Aid, as modeled by Frank Bruno and Cliff Richard.

The Communards get a double page spread, and Jimmy Sommerville recounts an anecdote from their lighting guy, who is also Def Leppard’s lighting guy, that they “Make Def Leppard look like nuns”

On the back page, you could get a poster of Doctor and the Medics.