Three models in the kits of England, Northern Ireland and Wales is the cover image of Total Football, with all three home nations in the same World Cup Qualifying Group starting in a few months.

In news, the Northern Ireland team have announced a kit supplier deal with Umbro, and a sponsorship deal with Nationwide.

There is a profile of new Northern Ireland manager Lawrie Sanchez and the impact he has already had in his first three games in charge.

There is a profile of Irish League referee Andi Regan, as she gets ready to head to Greece to officiate at the Olympic Games football tournament.

Having just made his debut for Southampton, Alan Blayney gets profiled where he reveals he had spent a period of time training with Glentoran the previous year after suffering from homesickness.

Another player leaving Glentoran for full-time football in England was Andy Smith, who had just signed for Preston North End, and he gets a full page profile.

The models in the cover make a reappearance as they review the new kits of both local and national sides.

Over the page is an interview with Loughgall manager Jim Gardiner, as the club gets ready for their first season of top flight football.

In news, Linfield have announced a shirt sponsorship deal with Umbro to run alongside their kit supplier deal.

Linfield are one of three clubs, the others being Glentoran and Portadown, whose upcoming European ties get previewed in a double page feature.

There is a double page feature with new Cliftonville manager Liam Beckett as he gets to grips with the job at Solitude.

The magazine ends with a preview of the Milk Cup. 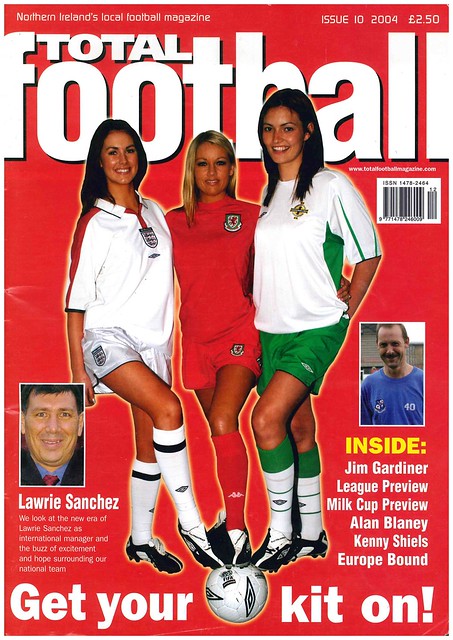 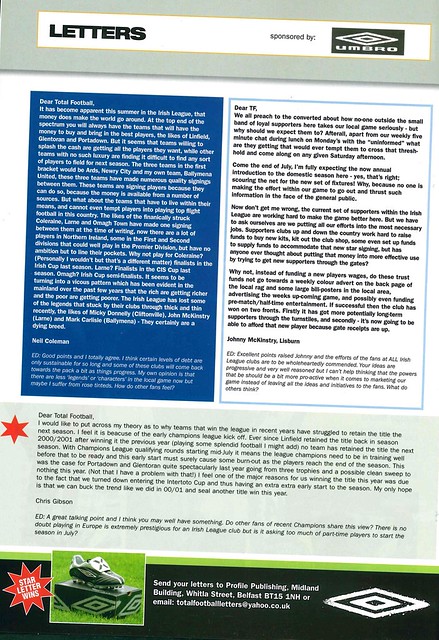 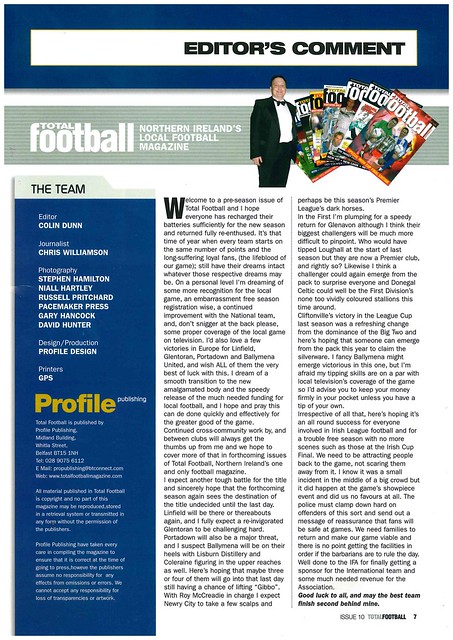 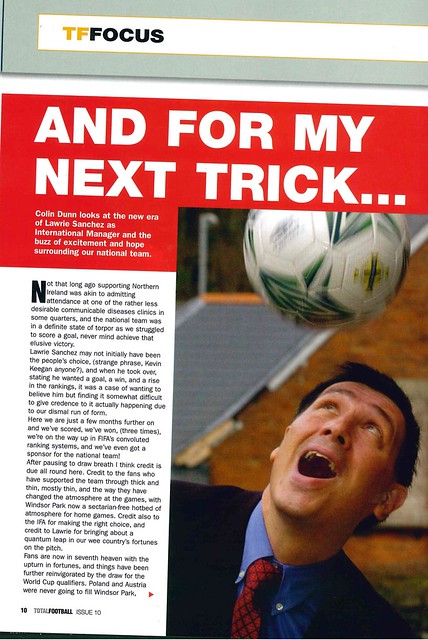 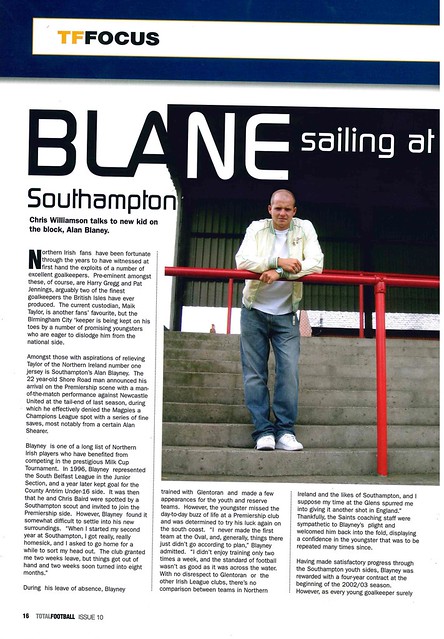 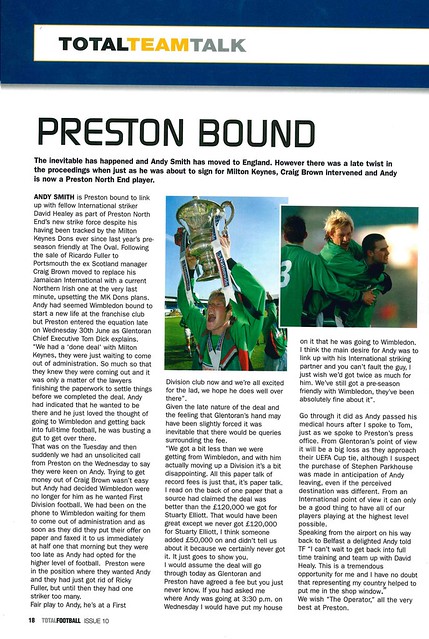 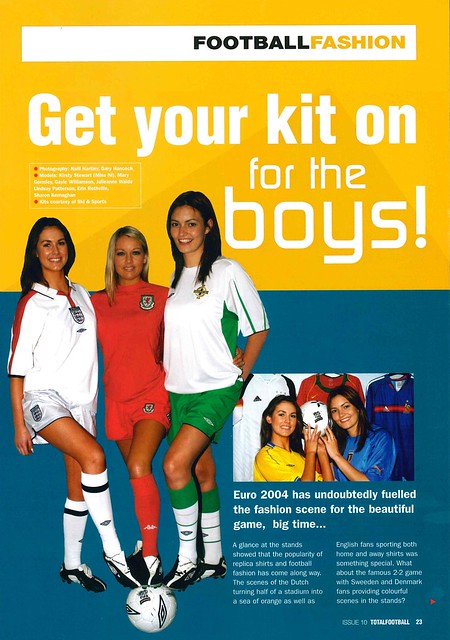 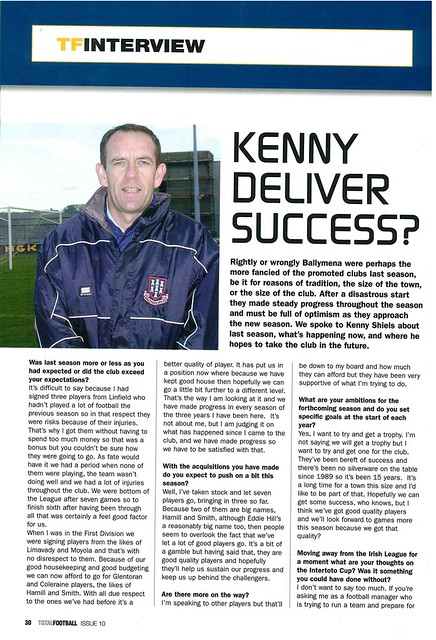 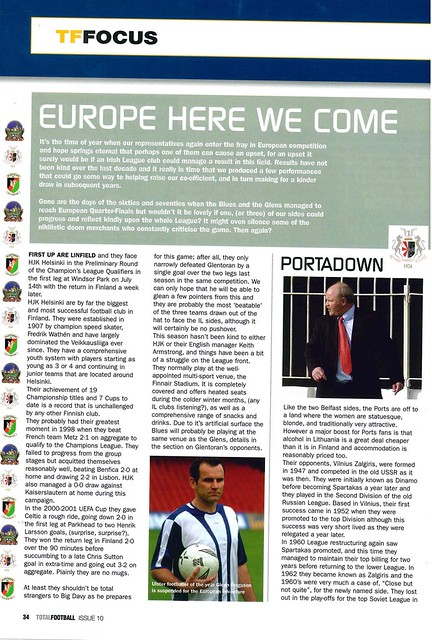 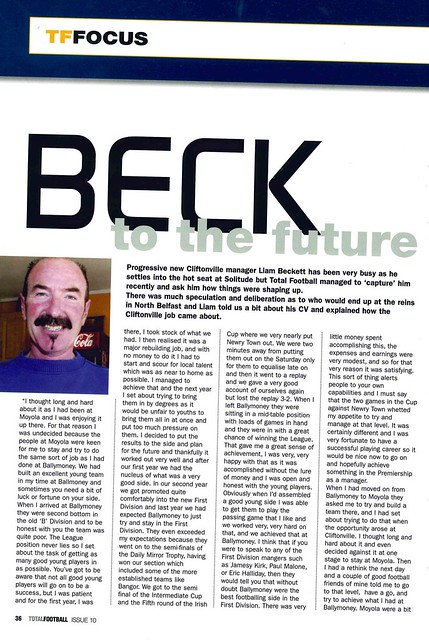 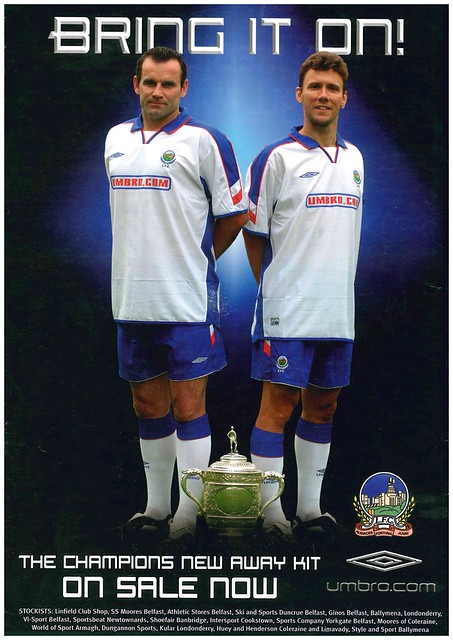