Alexi Lalas, one of the more recognisable US footballers, is the cover star of World Soccer, as Major League Soccer, the national league of the United States, is about to launch.

The creation of a national league was a condition for USA hosting the 1994 World Cup.

Lalas got a move to Serie A after the 1994 World Cup, and was one of the headline signings as the league was about to launch, signing for New England Revolution.

Four pages get dedicated to the launch, with a team by team preview, with most of the players being American, including players such as John Harkes and Roy Wegerle, returning from Europe.

Kier Radnedge, the editor, uses his column to pay tribute to the recently deceased Bob Paisley and Helmut Schoen, and suggesting that the signing of Faustino Asprilla might derail Newcastle’s title bid, similar to how signing Rodney Marsh did for Manchester City in the 1970s.

Japan and South Korea are battling to host the 2002 World Cup, with the decisive vote coming up on 1st June. Eventually, both countries would co-host the tournament.

Radnedge also writes about Pay Per View football, stating that it is inevitable in English football. It eventually happened in 1999, as a one-off, when Oxford United played Sunderland (followed later that season by Colchester United v Manchester City), before becoming a regular occurrence from the 2001-2002 season, with the launch of dedicated channel, Premiership Plus.

In news, Manchester United signed Britain’s biggest kit deal, with Umbro, believed to be around a total of £40m until 2002.

South Africa fans at the recent African Cup Of Nations have been honouring defender Mark Fish by taking fish to matches.

Ahead of Euro 96, Kier Radnedge interviews Spain manager Javier Clemente, where he declines to answer if he intends to call-up Barcelona’s Dutch born but Spain eligible Jordi Cruyff, and declares England as favourites for Euro 96, but that the standard of club football in England has decline in the past decade.

Faustino Asprilla, who also appears on the cover, gets a double page profile.

In Iberia, Atletico Madrid are aiming to win their first La Liga title since 1977, while a moustached Carlos Queroz has been sacked by Sporting Lisbon.

Oliver Bierhoff, just broke into the Germany squad, gets a profile. Little did he know, he would be Germany’s hero at Wembley three months later.

In Northern Ireland, Crusaders are on course to win the Irish League title. They didn’t, Portadown did. Bangor were struggling to avoid relegation, while the national team have arranged friendlies against Norway, Sweden and Germany.

Across the border, there are rumours that the League Of Ireland is planning to move to Summer Football.

Sami Hyypia, who attracted interest from Oldham Athletic, has moved to Willem II in Holland.

Brian Glanville uses his column to criticise UEFA’s proposals to allowing some countries to have more than one club competing in the European Cup.

On the final page, there is a feature called “Soccer Cities”, profiling football in a different city. This edition, was Glasgow. 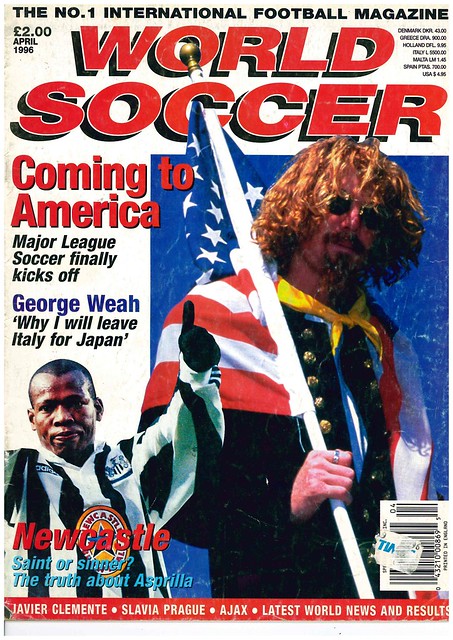 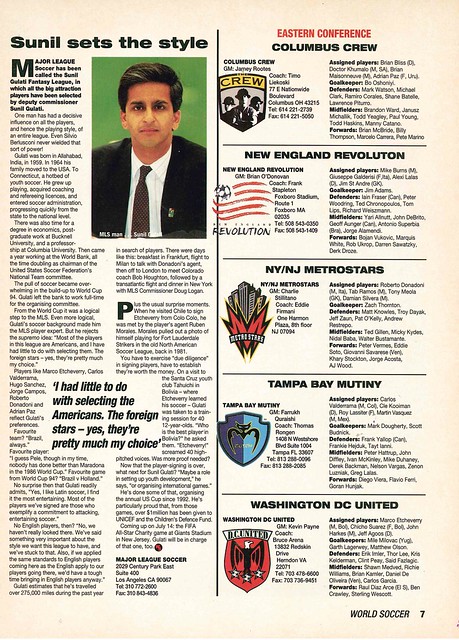 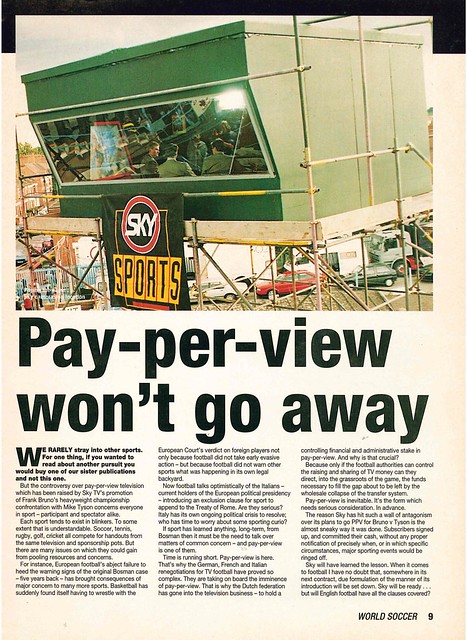 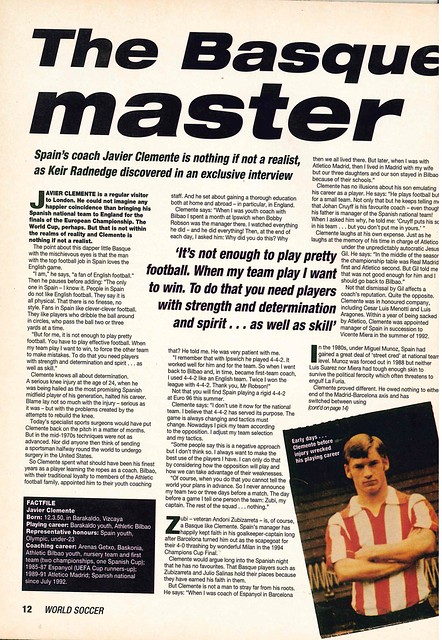 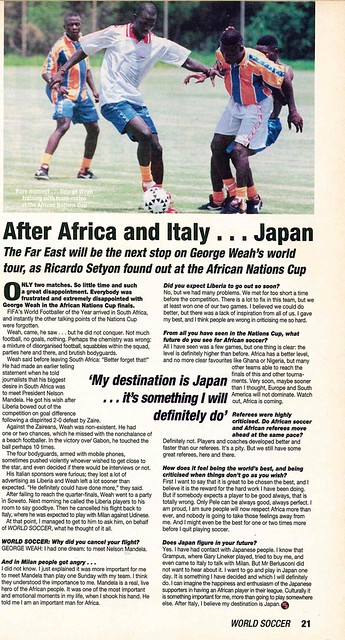 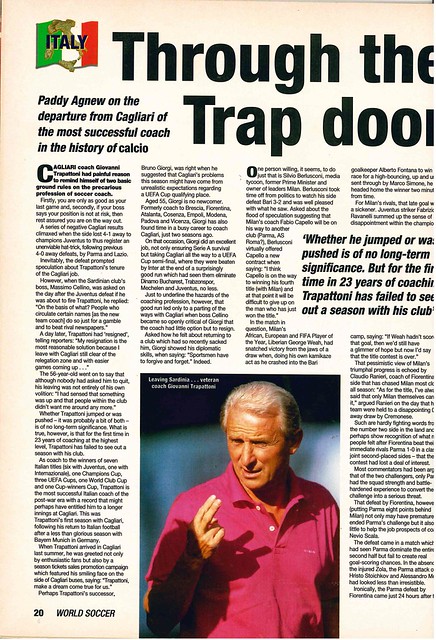 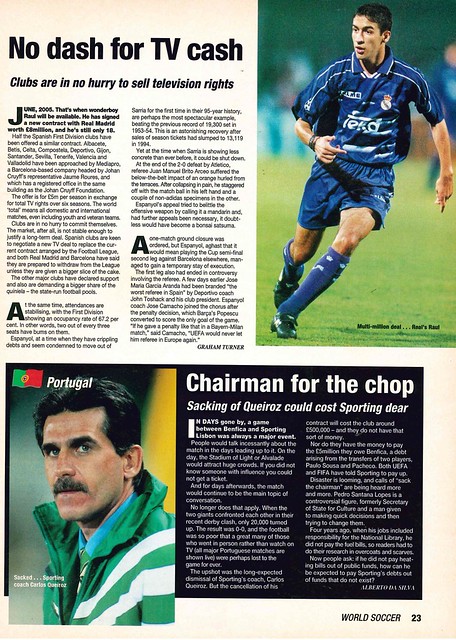 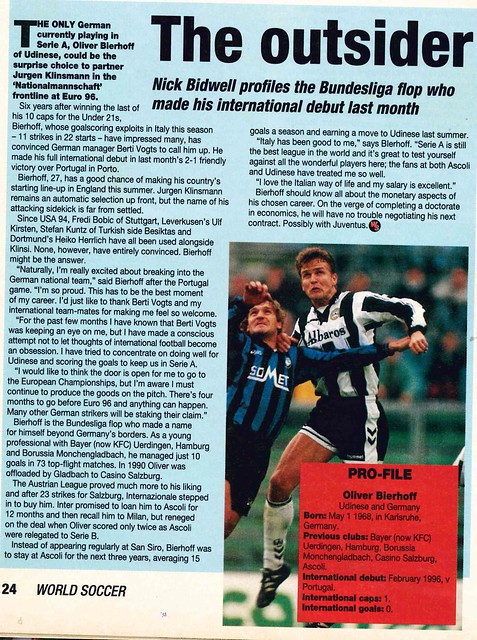 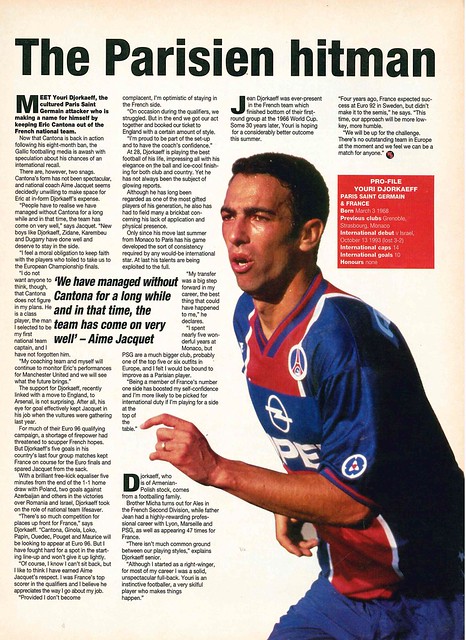 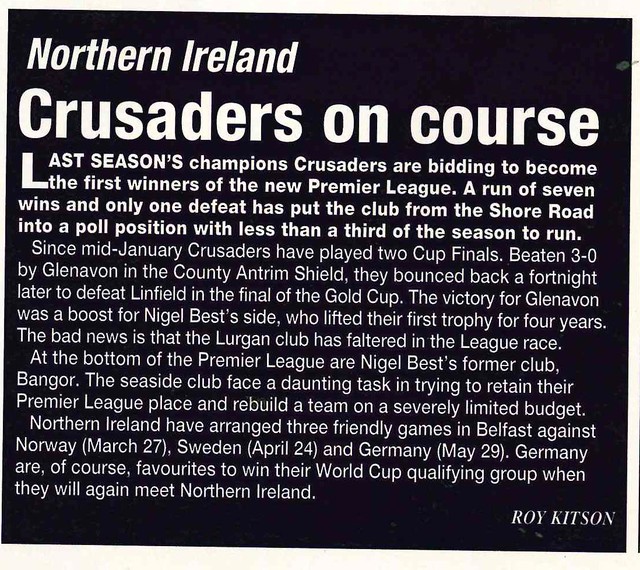 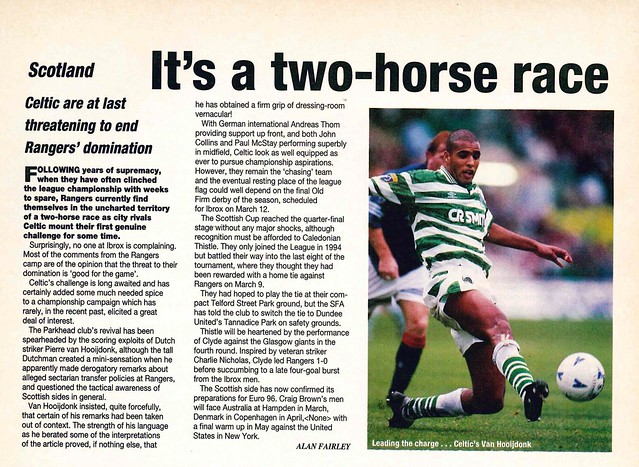 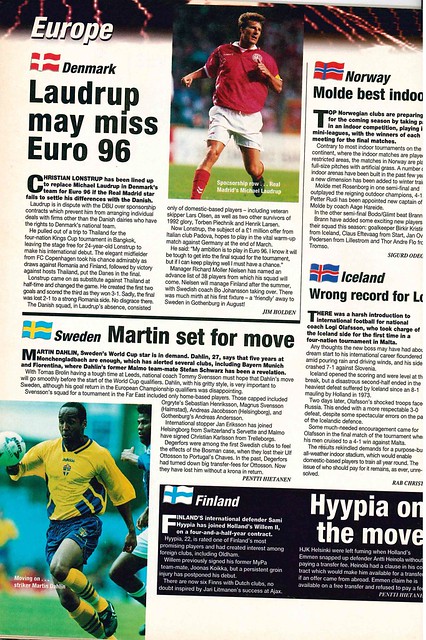 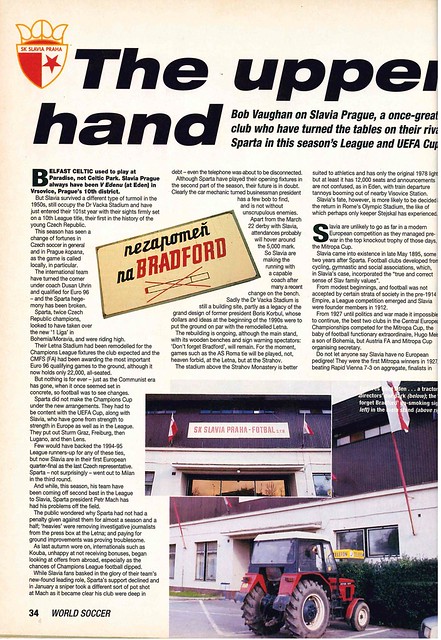 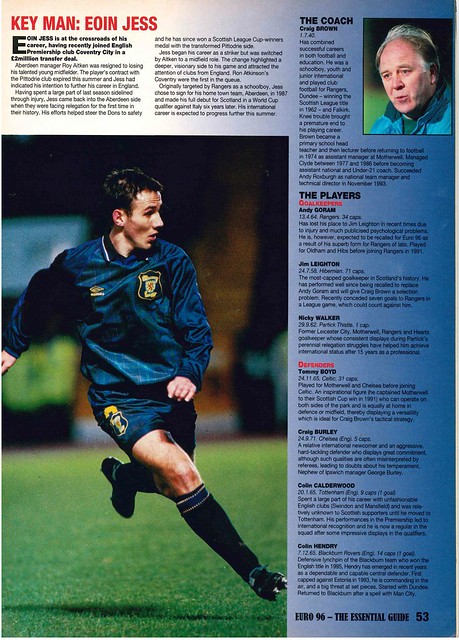 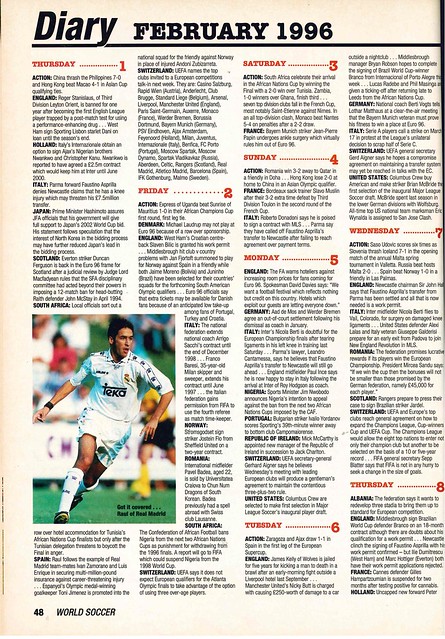 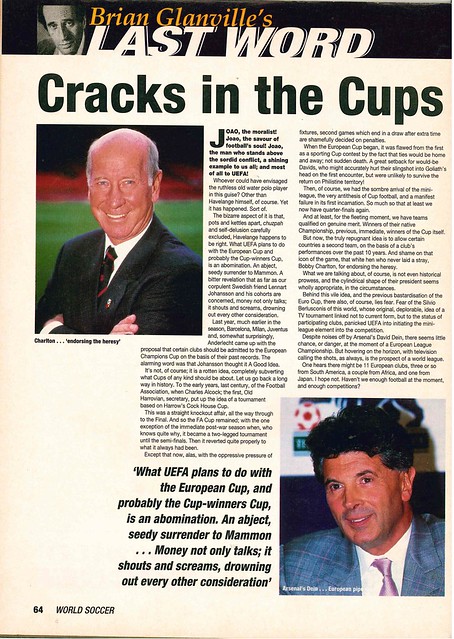 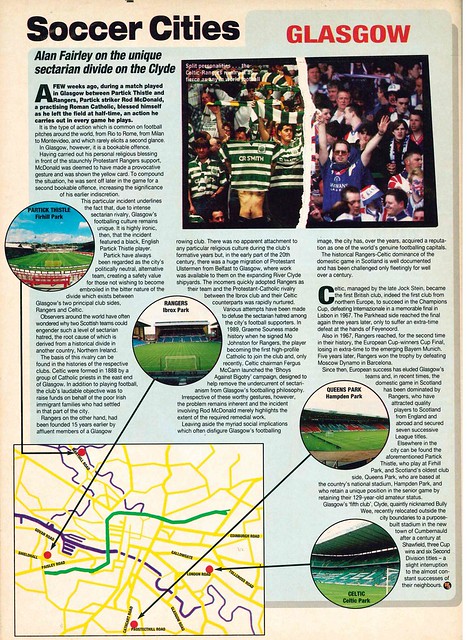